Long before watchmaking awards got all red carpet-y with the annual Grand Prix d’Horlogerie de Genève (GPHG), the Academy Awards equivalent of the horological world, the avenues where watch companies would duke it out to determine who made the most precise and reliable watches were at observatory chronometry competitions. And it was at these dustups during the 19th and 20th centuries, where the timepieces were certified by astronomical observatories such as the Neuchâtel Observatory, Geneva Observatory, Besançon Observatory, and Kew Observatory, that Zenith reigned supreme.

During what is now considered the golden age of these competitions, specifically between 1903 and the end of the 1960s, Zenith dominated its peers by snaring a staggering 2,333 awards while filing over 300 patents. And among Zenith’s most celebrated creations to emerge from these competitions was the Calibre 135-O, the most highly awarded contemporary observatory chronometer ever made, winning over 230 chronometry awards in its time. 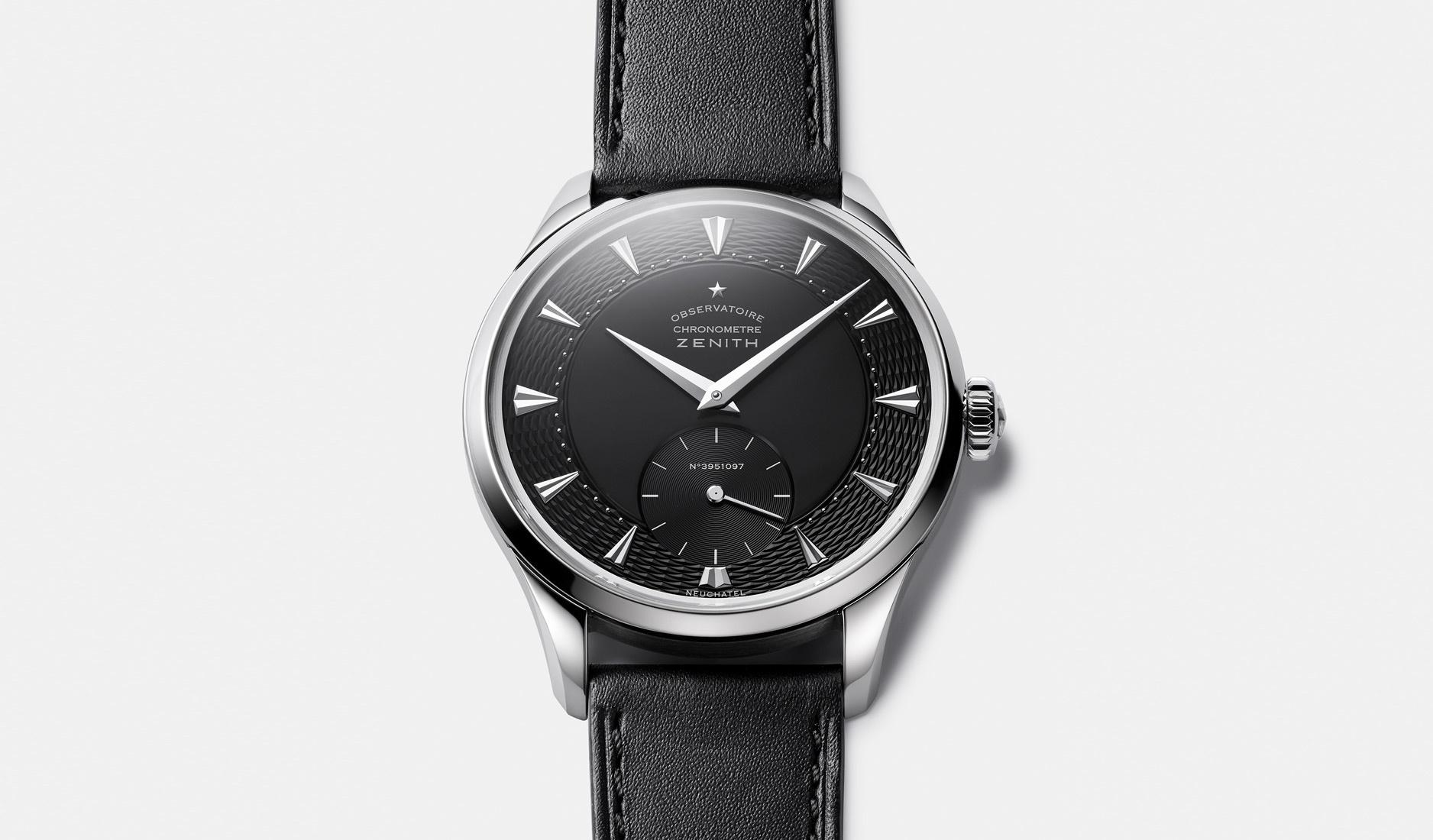 Developed in 1945, the Calibre 135-O was a special class of the commercially produced Calibre 135 movements. Made specially for participation in observatory chronometry competitions (the ‘O’ stands for ‘Observatory’), the Calibre 135-O was a hand-wound 13-ligne movement that featured an off-centred centre wheel to accommodate a larger-than-usual balance wheel and mainspring barrel for improved precision.

A paragon of timekeeping accuracy, the ‘O’ series of movements were tested at drastically different temperatures, as well as for shock resistance and performance in six different positions. As the record books show, the movements emerged tops, consistently registering optimal chronometric performance with minimal variations in rate. But as it was created specifically for observatory trials, the Calibre 135-O was never intended to be encased and sold.

More than 70 years on, however, the legendary movement is finally given its due spotlight on the wrists of serious Zenith aficionados. In an unprecedented collaboration, Zenith, together with auction house Phillips in Association with Bacs & Russo and independent watchmaker Kari Voutilainen, introduce the Calibre 135 Observatoire Limited Edition, an ultra-collectable 10-piece limited edition that features the actual storied movement. 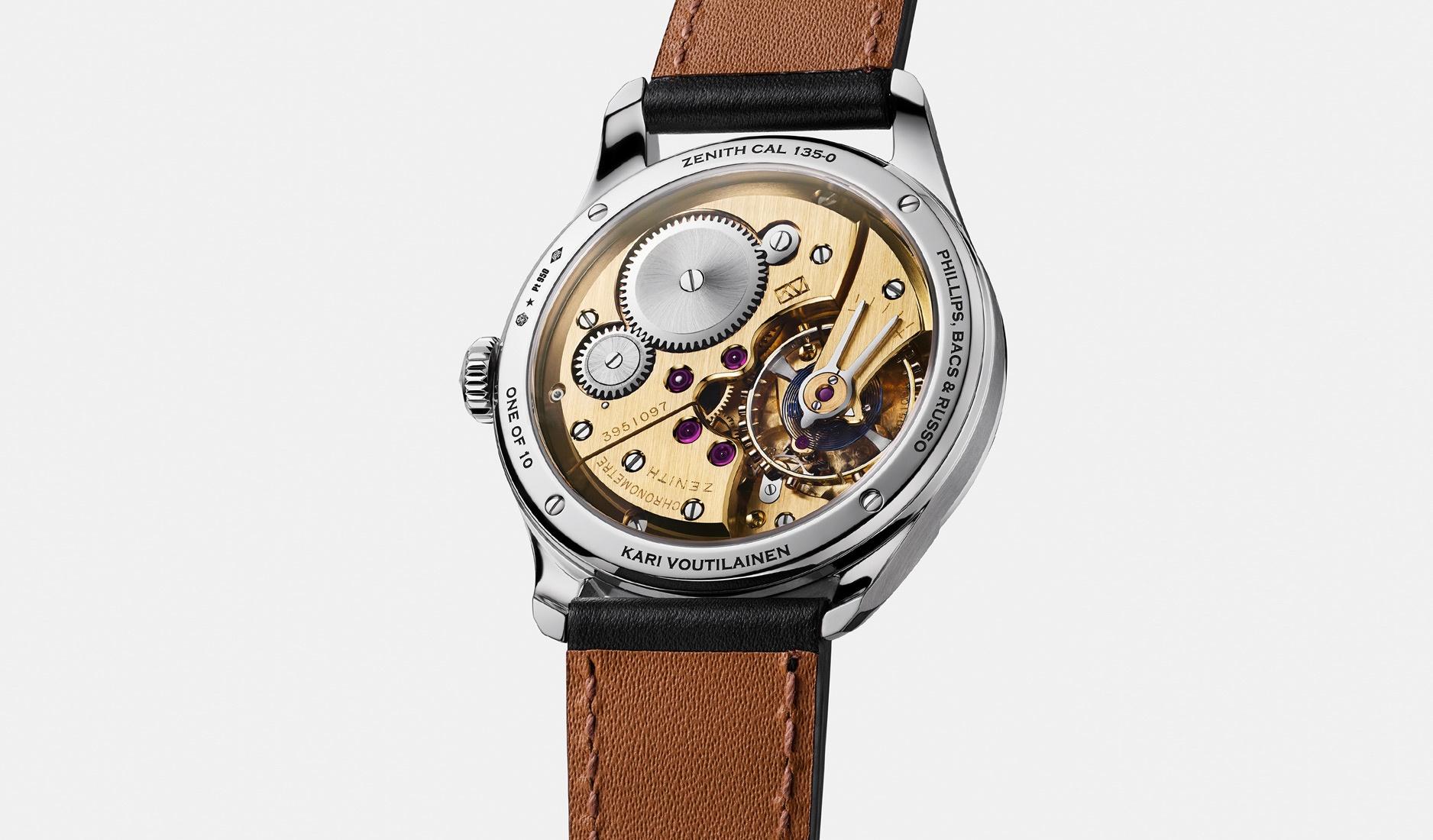 “I’ve known Aurel Bacs and Alexandre Ghotbi (from Phillips in Association with Bacs & Russo) for years. We’ve had discussions about Zenith’s patrimony and the hidden treasures that remained to be uncovered. Specifically, they asked about the Calibre 135. Then I had the idea, why don’t we collaborate with Phillips to create a special series around this movement? The beauty of having such a rich patrimony as Zenith is to share it,” says Julien Tonare, CEO of Zenith.

The 10 movements chosen for this exclusive edition hail from its ‘serial winning years’ from 1950 to 1954, a period in which the Calibre 135-O won chronometry competitions for five consecutive years at the Neuchâtel Observatory – a feat still unmatched to this day. Though excelling in chronometric performance, the movement’s appearance was unadorned. To endow the legendary movement with the beauty it deserves, Kari Voutilainen, a master watchmaker renowned for his exquisite and artful horological ornamentation, was enlisted to decorate the Calibre 135 Observatoire Limited Edition.

Housed in a 38mm polished platinum case, the watch emanates distinction and restraint. One is immediately drawn to the decorative details on the time-only watch, especially the classy black dial that is framed by guillochéd fish-scale motif, complemented by white gold dauphine hands and grooved tapered applied hour markers in solid German silver. At six o’clock, one finds more interesting details: an inscription of the movement’s serial number on the seconds counter and, underneath, the word ‘Neuchâtel’ in reference to the Neuchâtel Observatory – features that modestly but eruditely express the watch’s horological significance. 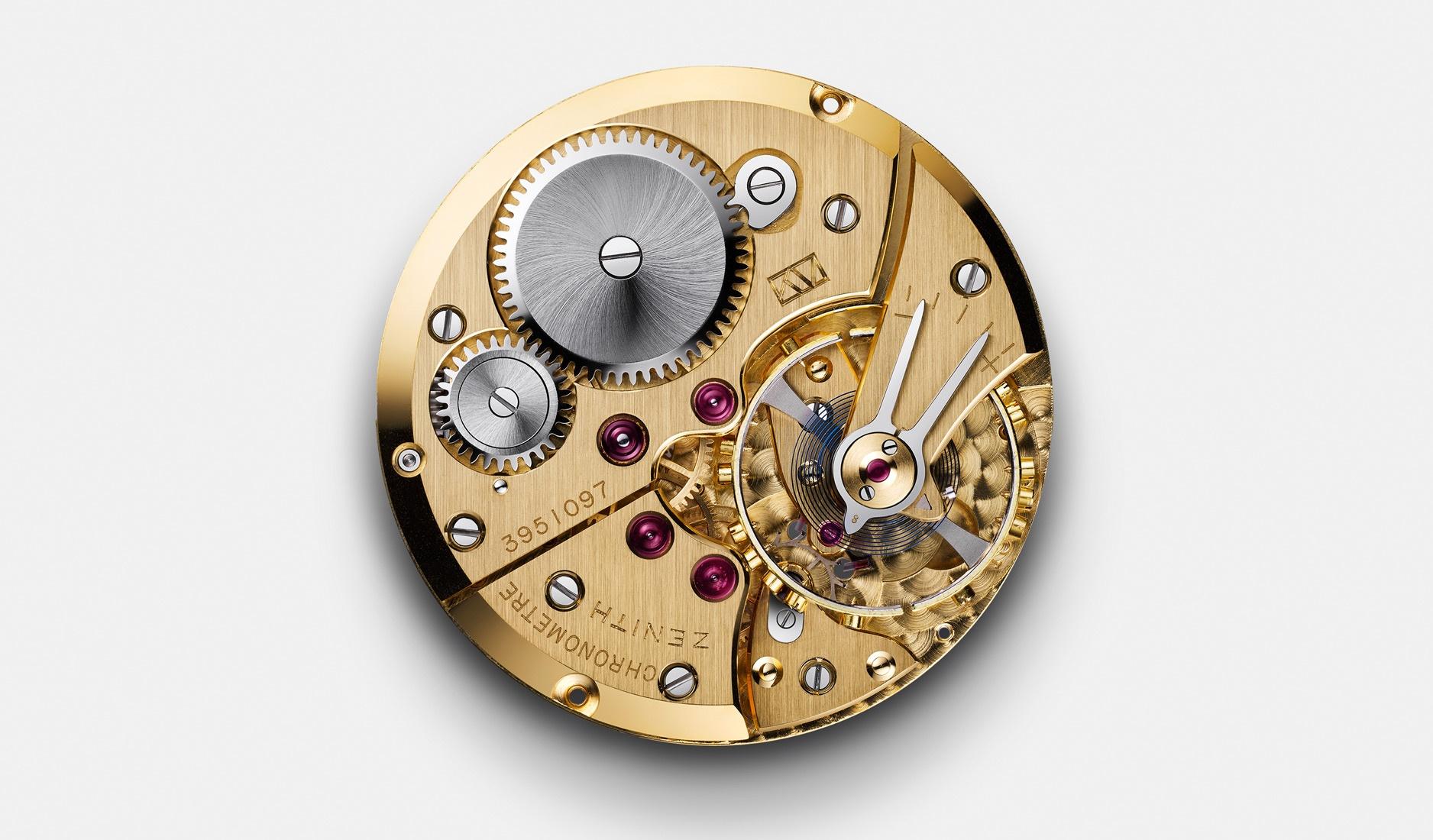 Certainly, the movement, too, is bestowed the highest levels of hand-decoration and finishing. The previously workman-like appearance of the Calibre 135-O is elevated with austere elegance under Voutilainen’s hands. He opts to keep things simple but classy. The vintage movements are restored and finessed with hand chamfered and polished finishes on the gold-coloured bridges, bevelled and polished screw-heads, circular graining on the main plate, and snailed brushing on the ratchet and crown wheels, among other subtle but sophisticated touch-ups.

“The persons working on these movements were the best watchmakers at the time. They had the know-how to make things precise. That precision doesn’t disappear after 70 years. Our duty was not to touch that performance,” explains Voutilainen.

Sold exclusively by Phillips, the Calibre 135 Observatoire Limited Edition comes in a heavy walnut wood presentation box with brass fasteners, recalling the containers that used to house Zenith’s chronometry competition calibres. There have been many brands that proclaim to make watches that bridge the past and the present. With the Calibre 135 Observatoire Limited Edition, Zenith does exactly that and puts an important piece of watchmaking history on some very privileged wrists.