The pioneering, oddly octagonal Defy A3642 gets its due recognition. 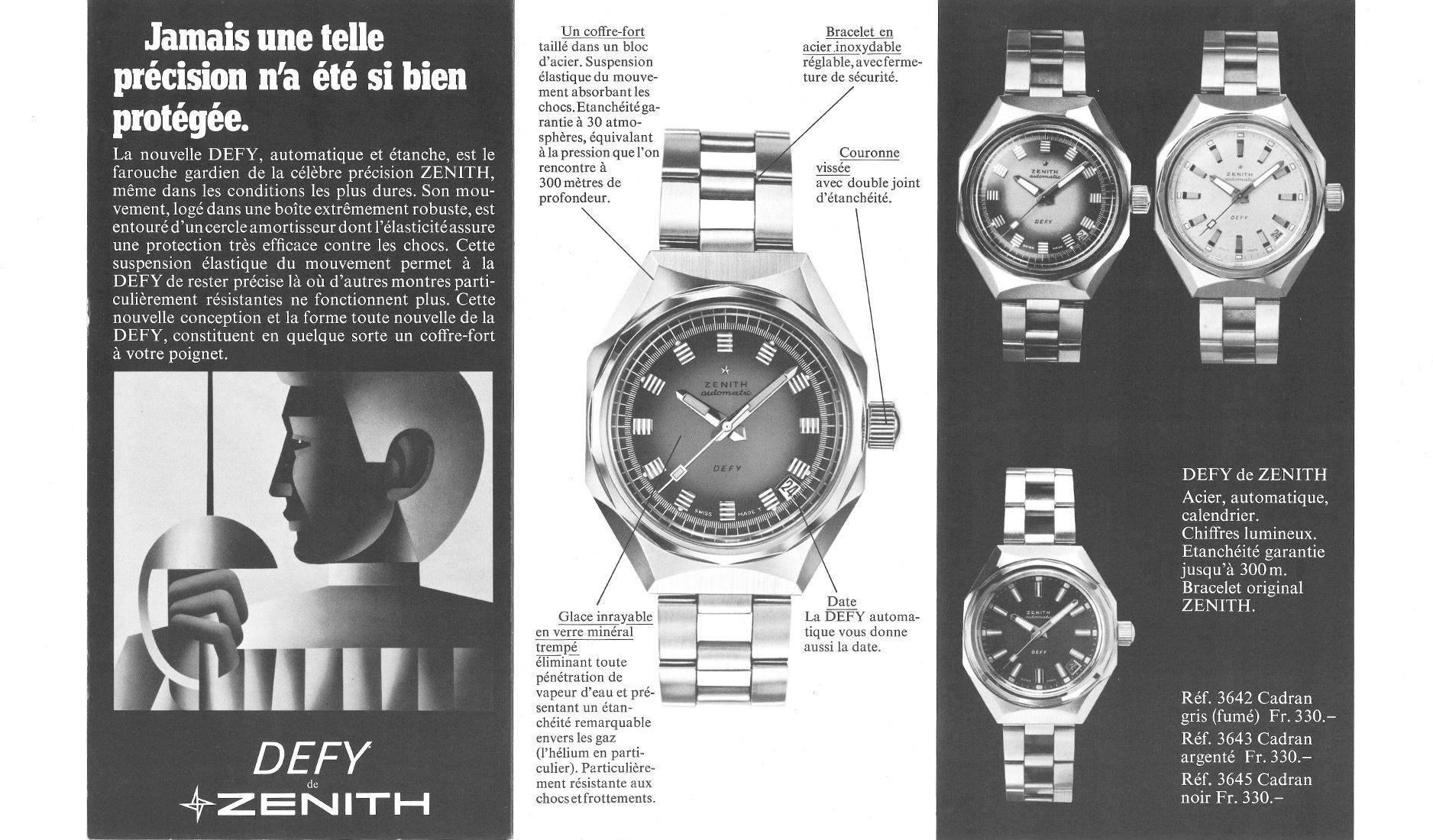 Even by today’s standards, with CEOs eagerly bandying the word ‘crazy’ to describe watches with the slightest suggestion of an unusual colour or construction (but in reality, tired rehashes of what came before), the Zenith Defy A3642 would still have risen above the noise.

When the original Defy A3642 was unveiled in 1969, it was admittedly - and understandably - overshadowed by the launch of the seismic El Primero calibre that was also released the same year. But as much as the El Primero wrote watchmaking history by ushering a new dawn in high-frequency movements, Zenith’s introduction of the Defy A3642 shouldn’t be taken lightly either.

At that time, the Swiss mechanical watchmaking industry was grappling with an impending meltdown, caused by the increasing dominance of cheaper and more accurate battery-operated quartz watches. As a riposte, Zenith marched out the Defy A3642. Resolutely mechanically driven, the watch was designed to be a statement of intent, bearing an audacious design that demanded to be noticed. At the same time, the Defy A3642 also sought to remind watch lovers of the virtues of the longevity, value and performance of mechanical watches. 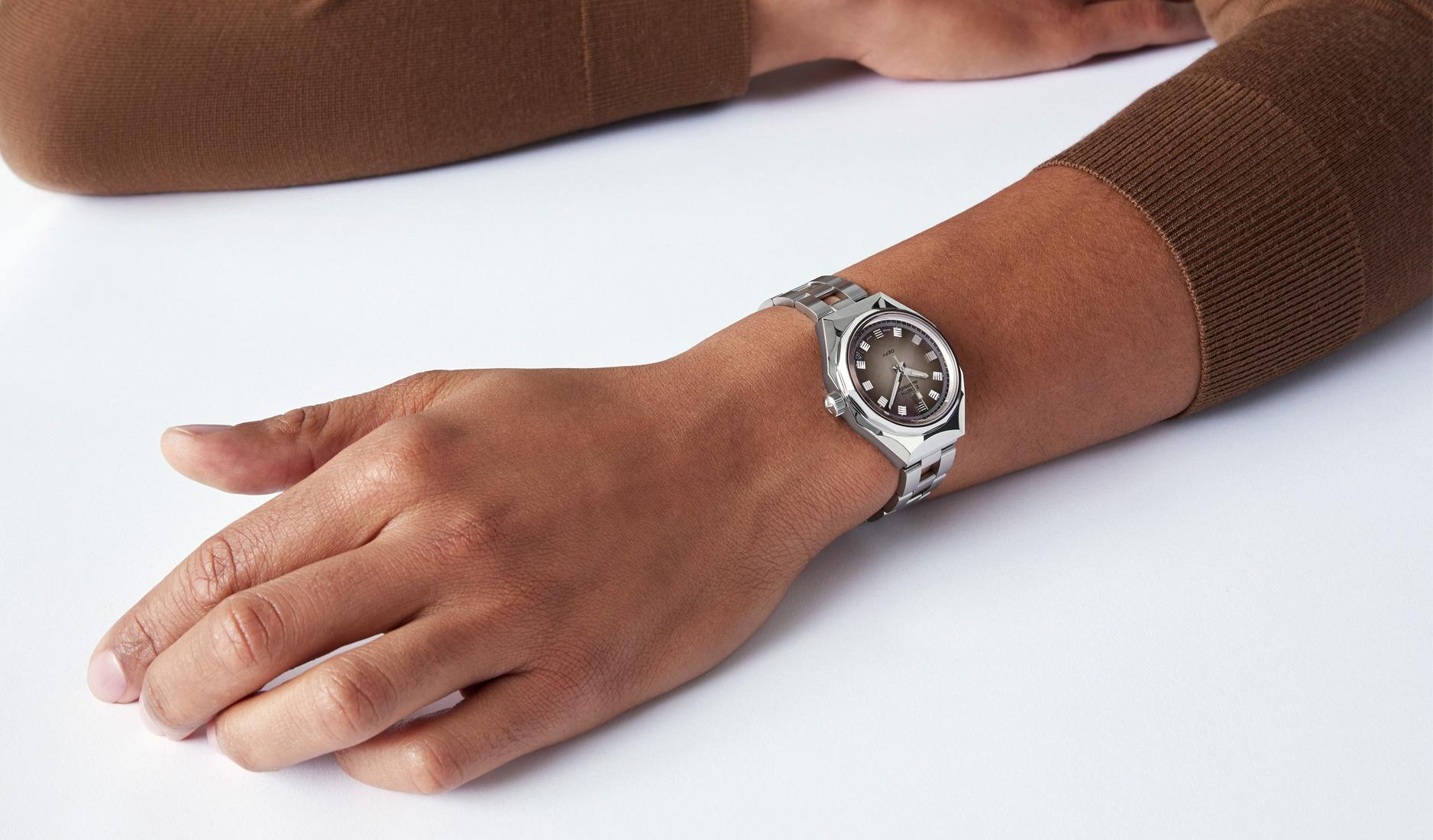 And the Defy A3642 certainly stood out. The steel watch grabbed attention off the bat with its ‘crazy’ octagonal case that frames a 14-sided bezel. The case was paired with an equally eye-catching ladder-style steel bracelet made by the famous Gay Frères company. The angular and multi-facetted Defy A3642 was aesthetically bold and unusual, and it certainly divided opinions. Perhaps most importantly, it was unlike anything that was on the market then.

The Defy A3642’s iconoclastic spirit extended beyond appearances. Today, one might even argue that the watch was ahead of its time. Its facetted steel case and bracelet construction, dynamic aesthetic, and sporty performance (the original model featured a screw-down crown and offered 300m water resistance) even pre-dated the likes of the Audemars Piguet’s Royal Oak, which debuted in 1972 and is widely credited as THE pioneering luxury steel sports watch. This year, Zenith accords the Defy A3642 due recognition with a faithful reproduction for its hugely popular Revival series. In previous Revival editions, Zenith had focused on giving new lease of life to historic El Primero models. The Defy A3642 Revival, which is limited to 250 pieces, is the first watch in the series that is not an El Primero reference.

As expected of a Zenith Revival edition, the Defy A3642 Revival is lovingly reproduced with impressive attention to detail. Recreated based on original production plans, the ‘new’ iteration adheres as closely as humanly possible to the original timepiece. The aforementioned case and bracelet designs, the watch’s original dimensions, as well as its gradated grey dial with square hour markers and sword-shaped hands are fastidiously replicated. 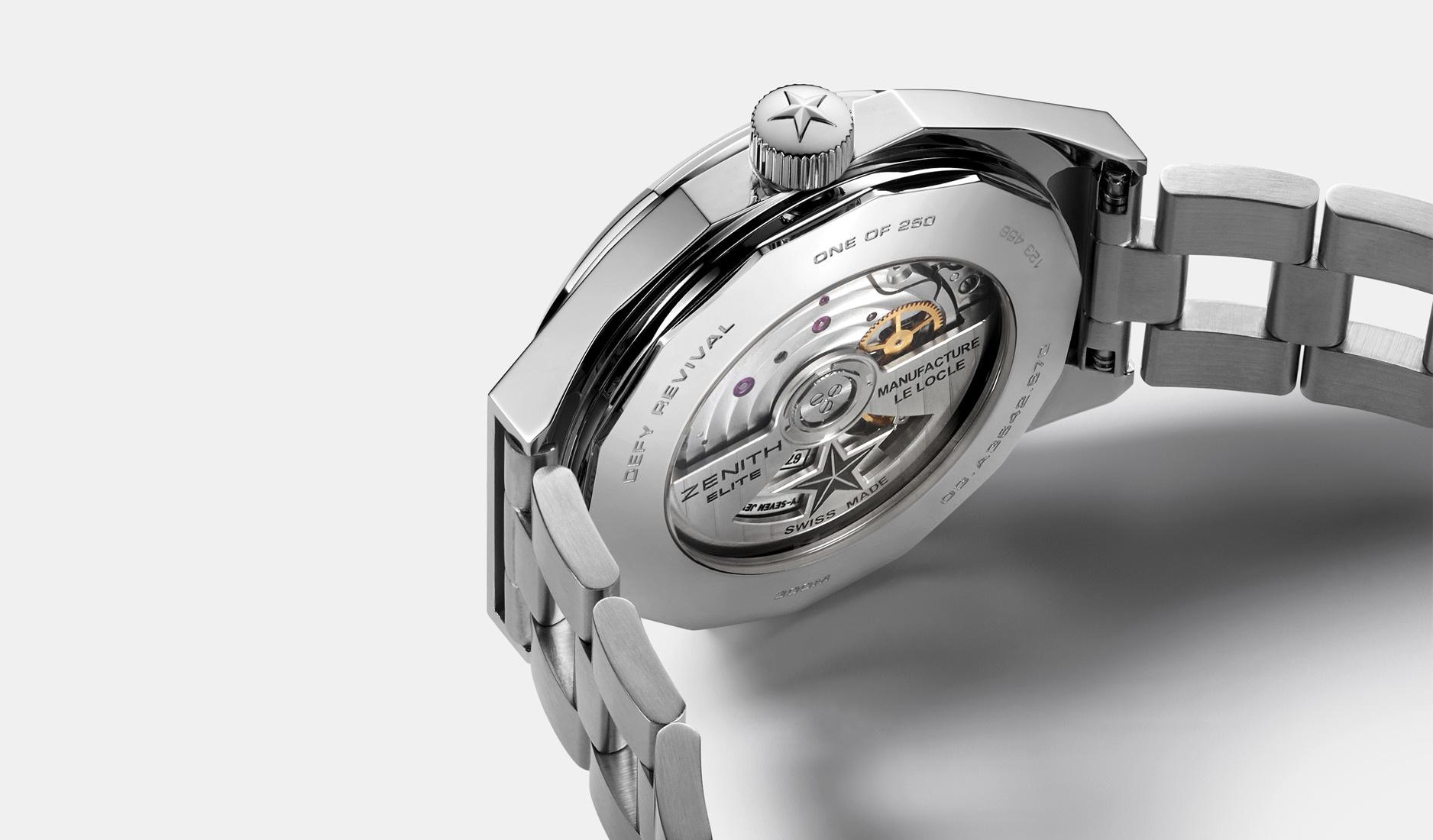 Of course, the Defy A3642 Revival is equipped with some upgrades to ensure utmost functionality and performance without compromising the integrity of the remake. These include hands filled with Super-LumiNova instead of tritium (though the hue is matched to the original), new sapphire crystal on the front and back of the watch, as well as a modern engine with the in-house automatic Elite 670 movement with 50 hours of power reserve.

Watch lovers familiar with Zenith’s repertoire will recognise the Defy collection of today as one that expresses its progressive horological ethos. The Defy A3642 Revival is a reminder that the brand’s penchant for out-of-the-box creations was already well established since way back. 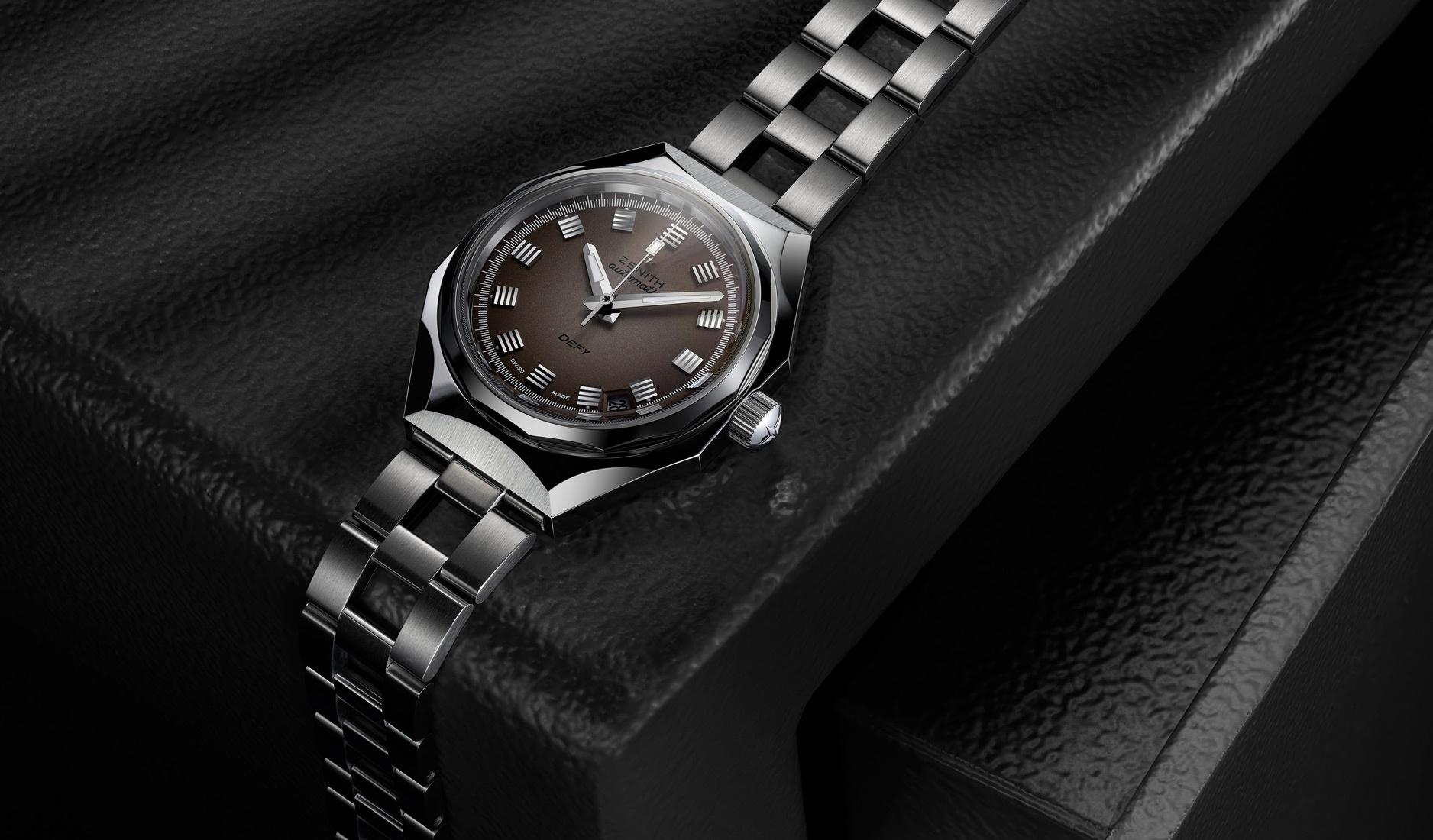