A Defy 21 chronograph that is not for the neutrals. 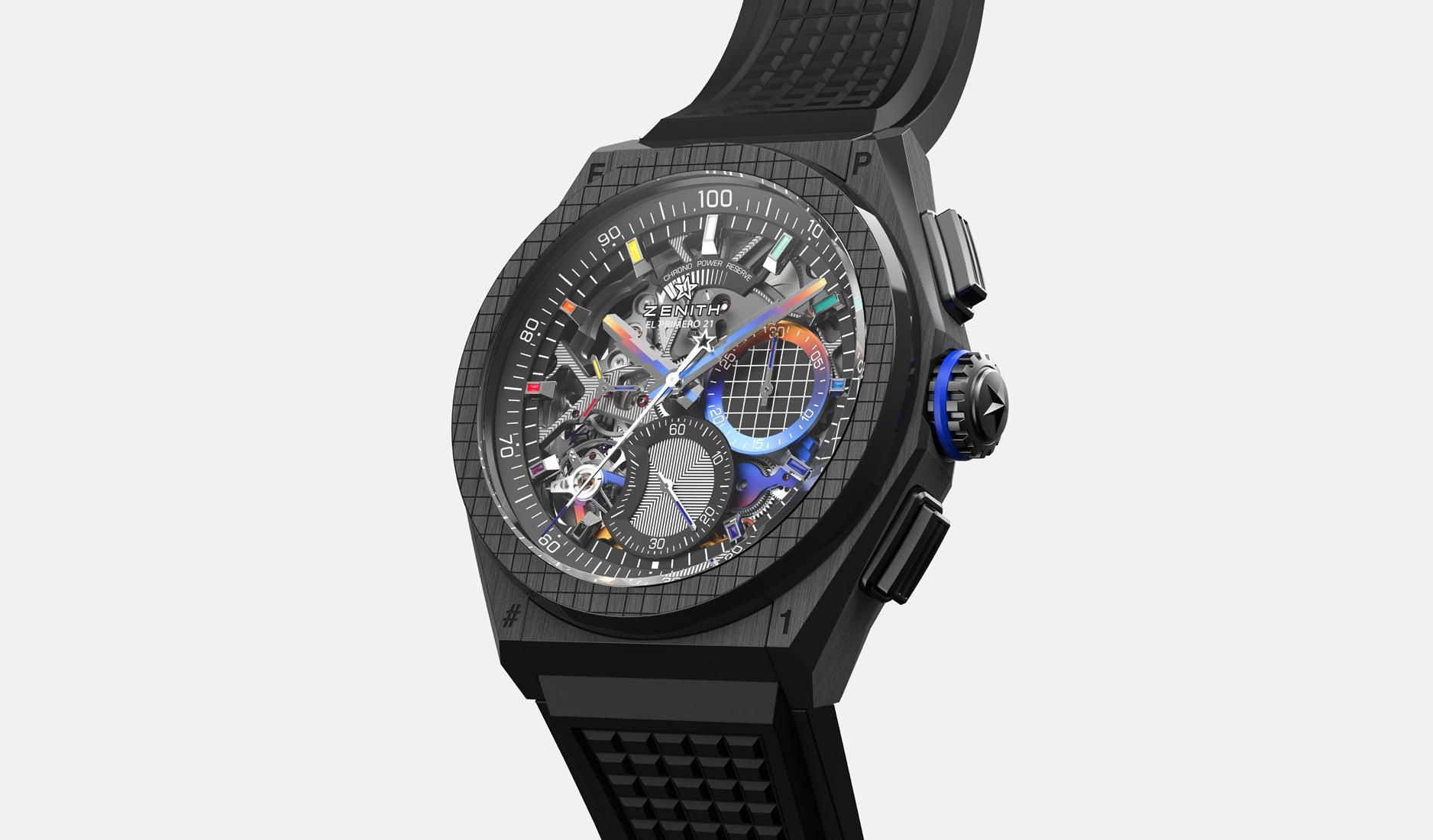 First the building, then the watch. After draping the façade of Zenith’s entire manufacture in a digitally altered, multi-hued canvas and, in doing so, transformed the famed watchmaking headquarters into a piece gigantic, modern artwork, contemporary artist Felipe Pantone (below) has once again been enlisted by the watch company to rework another of its prized possession – the Defy 21 chronograph. 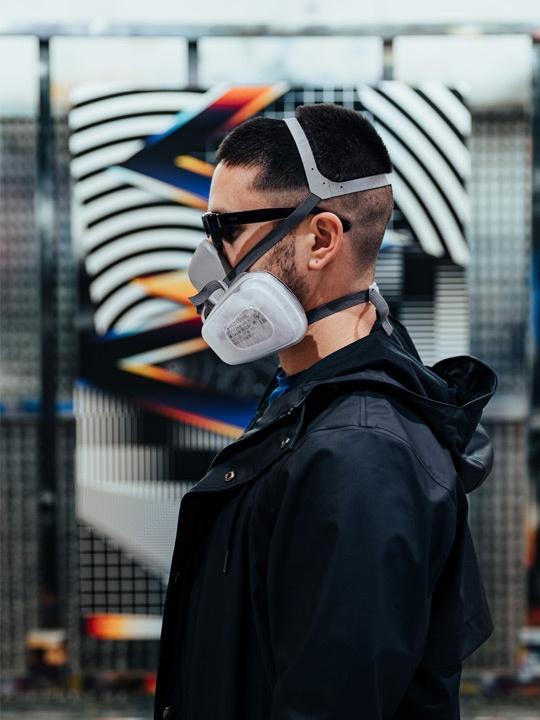 The 35-year-old Argentinian-Spanish artist, who cut his teeth on the streets doing graffiti, is known for incorporating bold colours and geometrical patterns in his brand of kinetic and optical art. Here, his eyebrow-raising style is paraded in unapologetic and no uncertain terms in the Defy 21, itself an ultra-modern timepiece that has a reputation for being a rule-breaker with its 1/100th of a second El Primero 21 chronograph movement beating at a high frequency of 360,000 vibrations per hour.

With the Defy 21’s visually striking, state-of-the-art engine as a creative springboard, Pantone went to town with his trademark use of colours and optical trickery. “The concept was to transform this spectacular piece of watchmaking into a wearable work of kinetic art, where time and light converge into a single object,” he says. 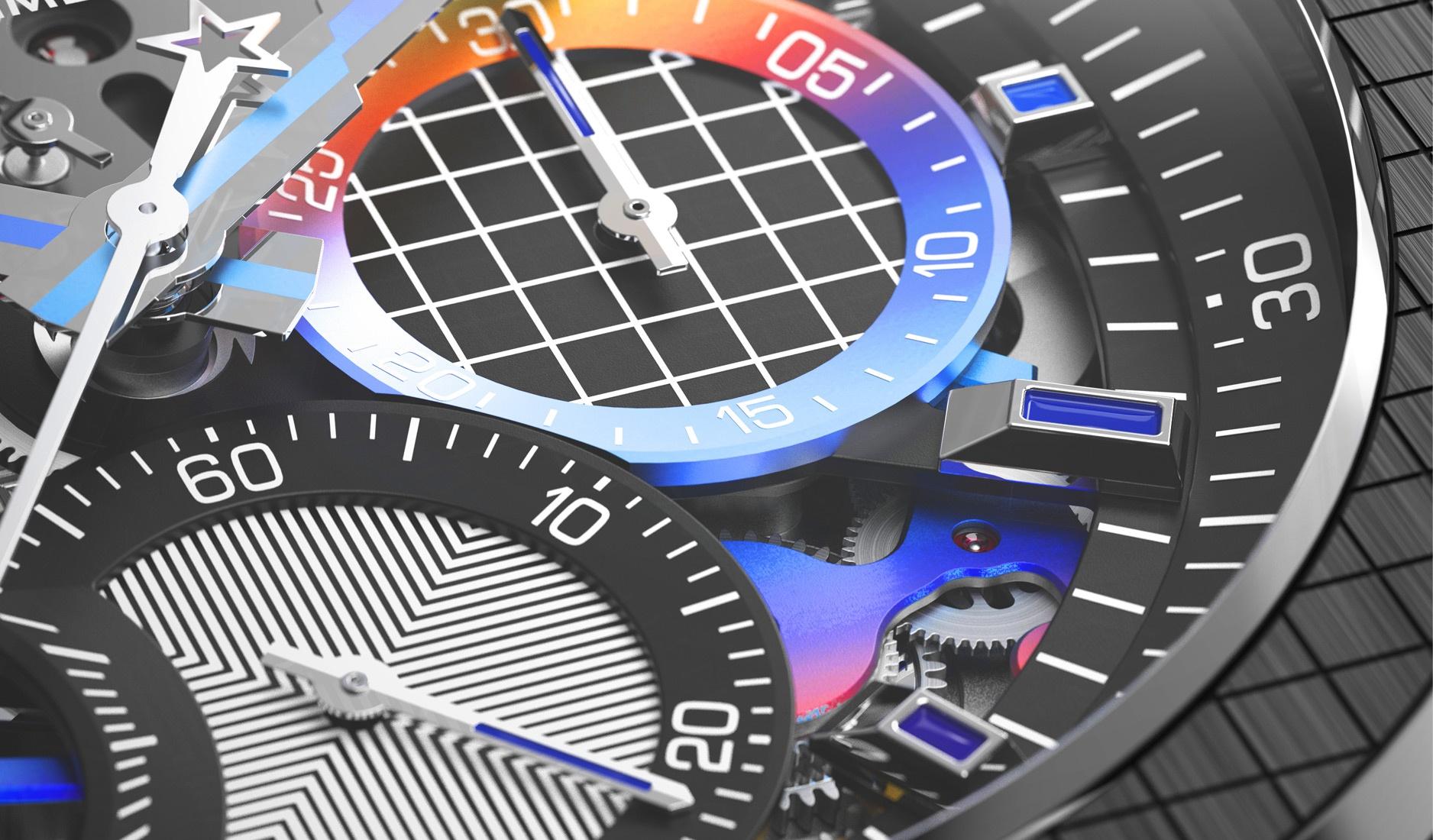 Set against a black ceramic case with openworked dial, are jolts of gradated rainbow-hued accents on the hands, hour markers, 30-minute counter ring and bridges. Each of the hour markers is coated with a different solid colour varnish to create the effect of a rainbow-spectrum of tones. On the other components, the similarly gradated hues are even more intriguing, taking on a metallic sheen akin to a gasoline rainbow, a look created by way of a three-dimensional PVD-coating with silicon particles that required months of experimentation. Adding his signature ‘Op Art’ flourish, Pantone designed the hour and minute hands to be slightly misaligned in the middle, resembling lightning bolts – or a digitally distorted image, depending on your point of view. Besides the jarring juxtaposing of colours, Pantone’s recurring motifs such as the white and black lines that form geometric shapes to create a moiré effect, and grid patterns, feature on some top bridges, 60-second sub-dial and case, which is engraved with ‘FP#1’ on the four corners.

Not a watch for the horologically conservative, the look of the Zenith Defy 21 Felipe Pantone is disconcerting, to say the least. But we imagine that’s exactly what Zenith and the artist would have wanted. Limited to 100 pieces. 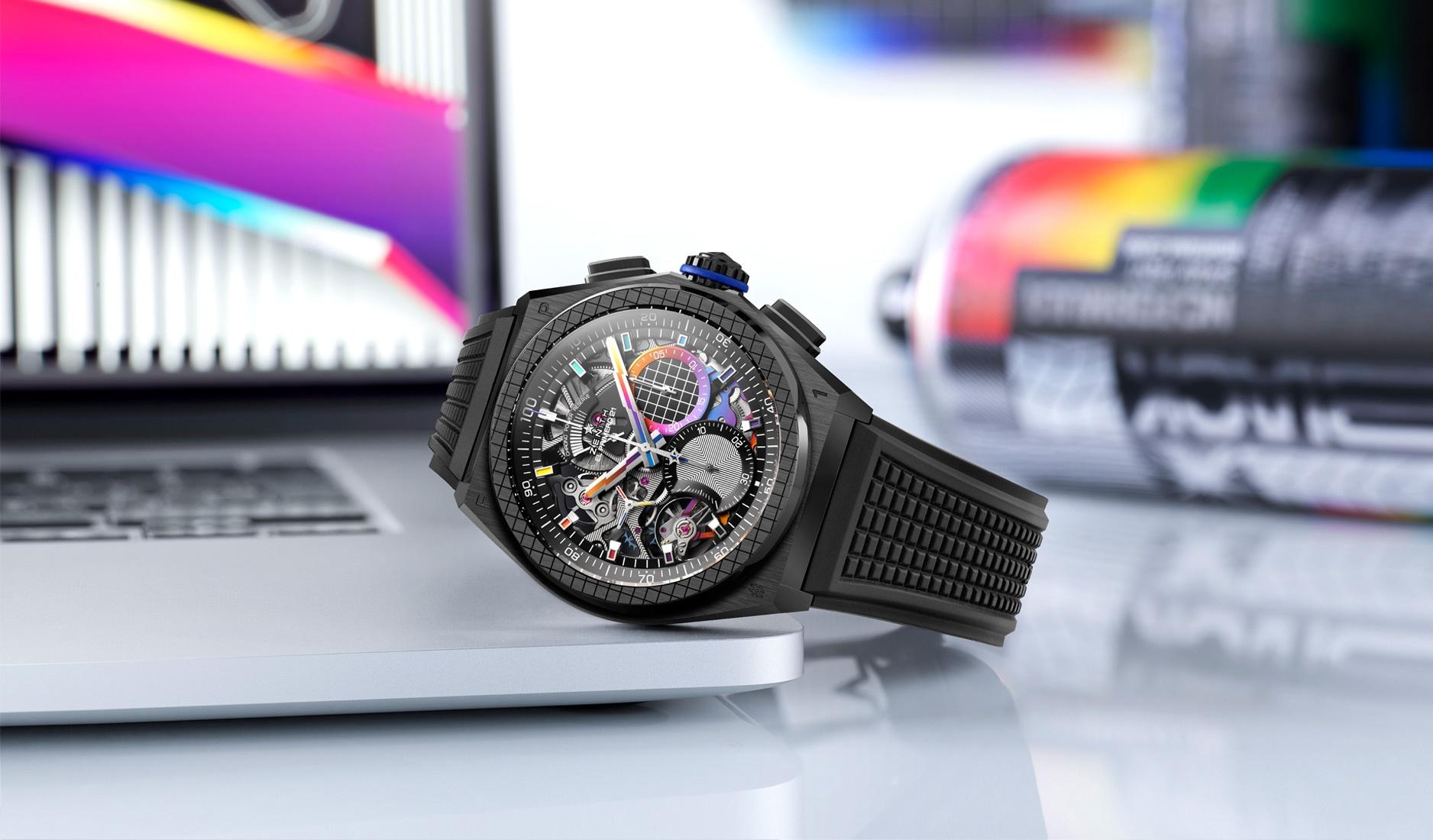