Written by Joshua Yap on 19 October 2022. in Zenith Articles.

The third in a series of chronographs commemorating the all-electric off-road rally.

The Chilean leg of the Extreme E may have wrapped up in late September, but the excitement lives on in the Zenith Defy Extreme E Copper X Prix. As one of the founding partners and official timekeeper of the electric rally championship, the Le-Locle Manufacture has been releasing limited edition timepieces to mark the series along the way, referencing the far-flung race locations chosen to highlight the climate change challenges faced by different ecosystems. As the contenders found themselves facing the extreme conditions of the Atacama Desert, Chile, the Defy Extreme E Copper X Prix pays tribute to one of the major copper mining areas in the world. 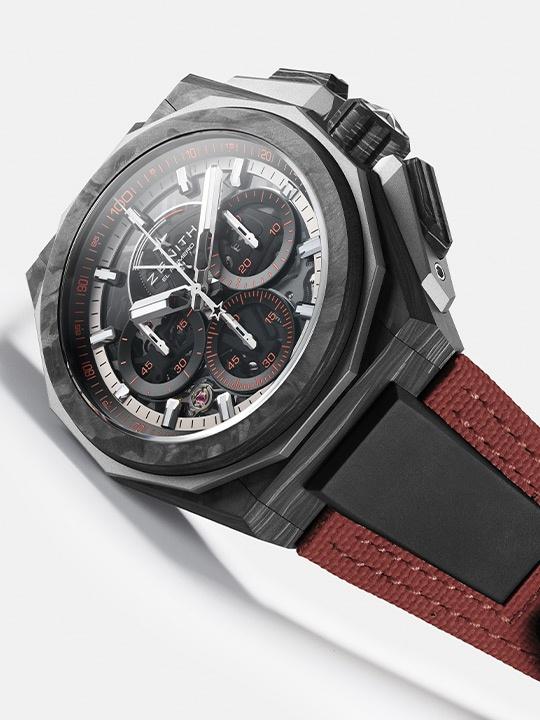 Essentially Zenith’s Defy Extreme Carbon in a new outfit, the watch is the world’s lightest and most robust 1/100th of a second automatic high-frequency chronograph. Inspired by extreme motorsports and conceived as a tough ticker, its 45mm case, crown, and chronograph pushers are crafted in carbon fibre, which is lightweight and highly durable. In addition, its distinctive 12-sided bezel and pushers are made in micro-blasted titanium, another material renowned for its light yet robust properties.

From front to back, the Defy Extreme E Copper X Prix proudly shows off its El Primero 9004 movement via an open multi-layered dial and a sapphire crystal caseback. The in-house movement is the fastest self-winding high-frequency chronograph calibre in production, with two escapements beating independently and at different frequencies – one at 5Hz (36,000vph) for timekeeping and the other at 50Hz (360,000vph) for the chronograph function that is capable of up to 1/100th of a second time measurements. 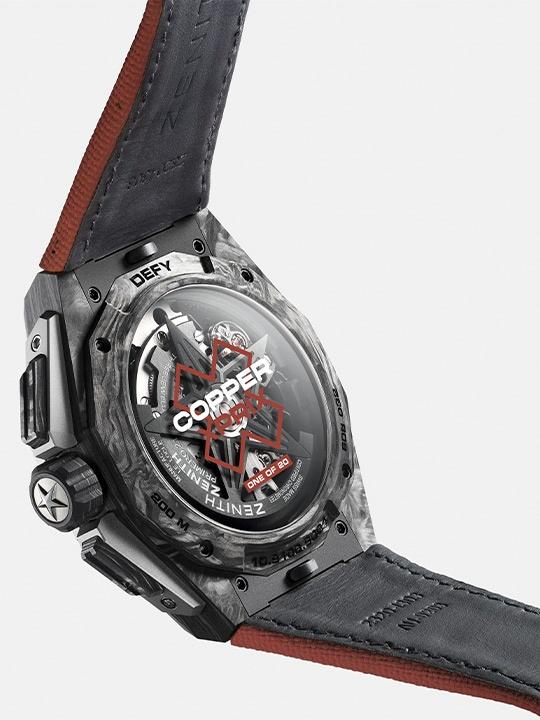 In line with the partnership’s vision of bringing sustainability and environmental awareness to the forefront, the Defy Extreme E Copper X Prix incorporates upcycled materials where possible. For example, its rubber strap is infused with Continental CrossContact tires used in the first season’s races, while its sturdy waterproof and crushproof watch box has a coating made from E-grip recycled tires, and its plate covering is fashioned from parts of an Extreme E racing tarpaulin. 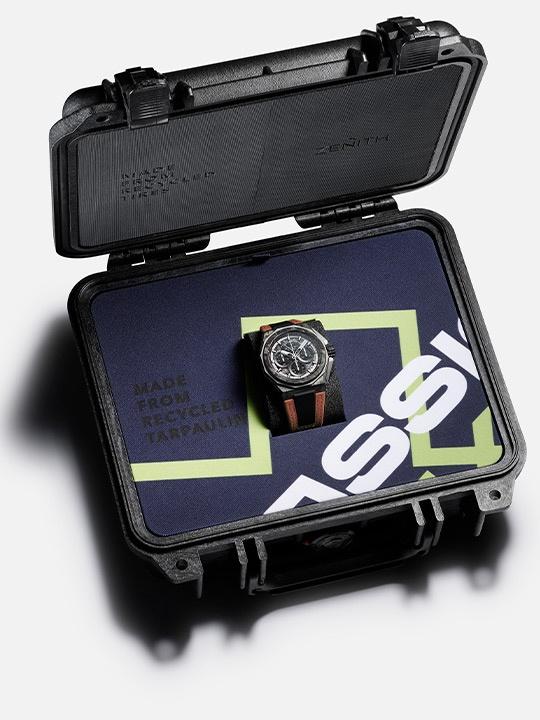 Paying homage to the copper mines of the race location, the earthy tones of the metal can be found as accents on the dial and the brown Cordura-effect rubber inlay of its Velcro strap. The Defy Extreme E Copper X Prix also comes with two additional straps – black rubber and black velcro – which can be easily swapped without any tools, thanks to an ingenious and intuitive quick strap-change mechanism. 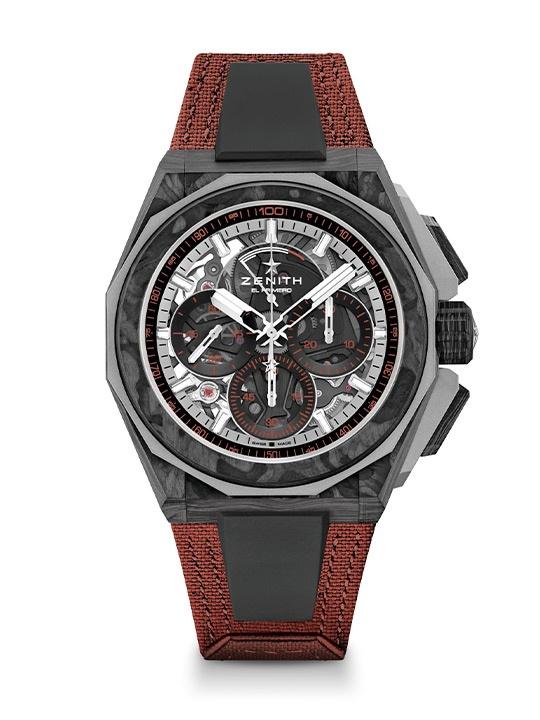