10 Things To Know About Zenith

On the occasion of the legendary watch manufacture’s 150th anniversary, we list 10 interesting facts that every self-professed watch lover needs to know about Zenith. 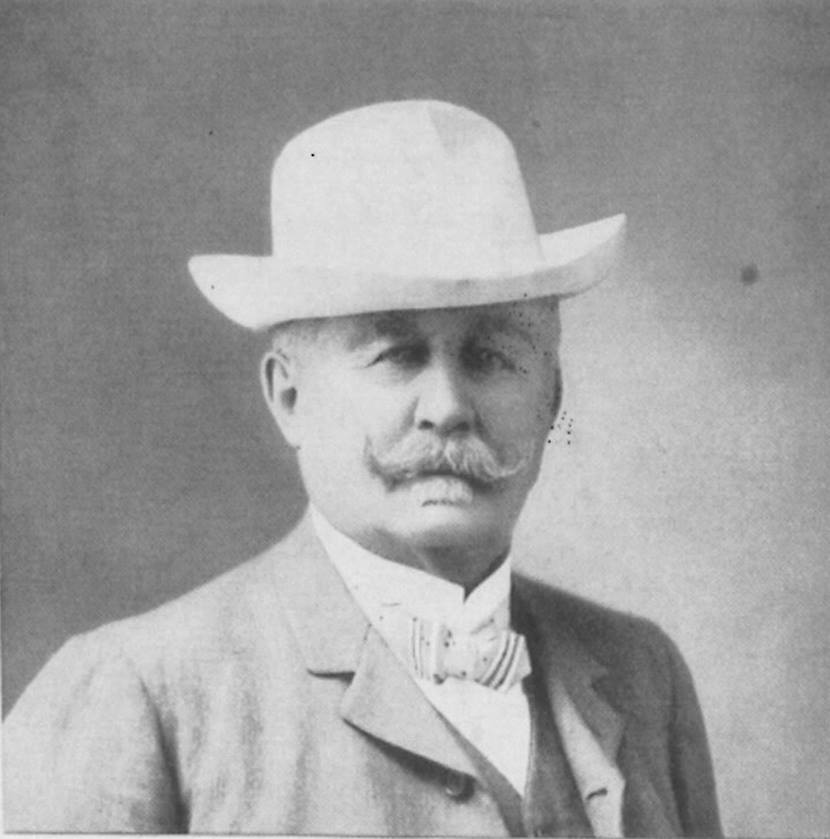 It’s sounds crazy, but it is absolutely true! Georges Favre, the man credited for pioneering automated production in Swiss watchmaking, who founded Zenith at the age of 22 in 1865, left school to learn the watchmaking trade when he was just nine years old.

2. IT IS ONE OF THE FIRST ‘IN-HOUSE’ MANUFACTURES 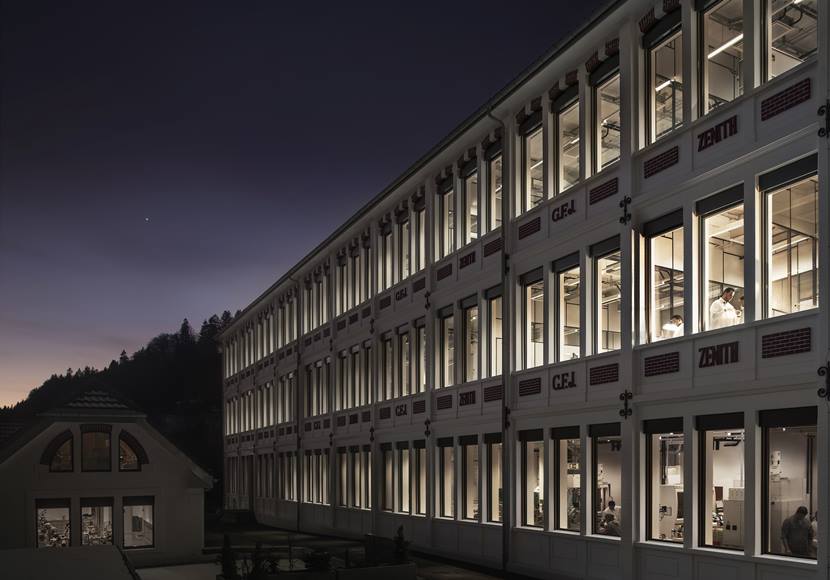 Before the term ‘vertical integration’ was even defined, Georges Favre was already implementing it. He was a visionary that saw the potential of a fully integrated watch production company. From the start, his company oversaw the entire production chain with integrated foundry, rolling mills, stamping, case and dial-making units. This legacy of integrated in-house production continues to this day.

3. IT MADE ONE OF THE EARLIEST WRISTWATCHES 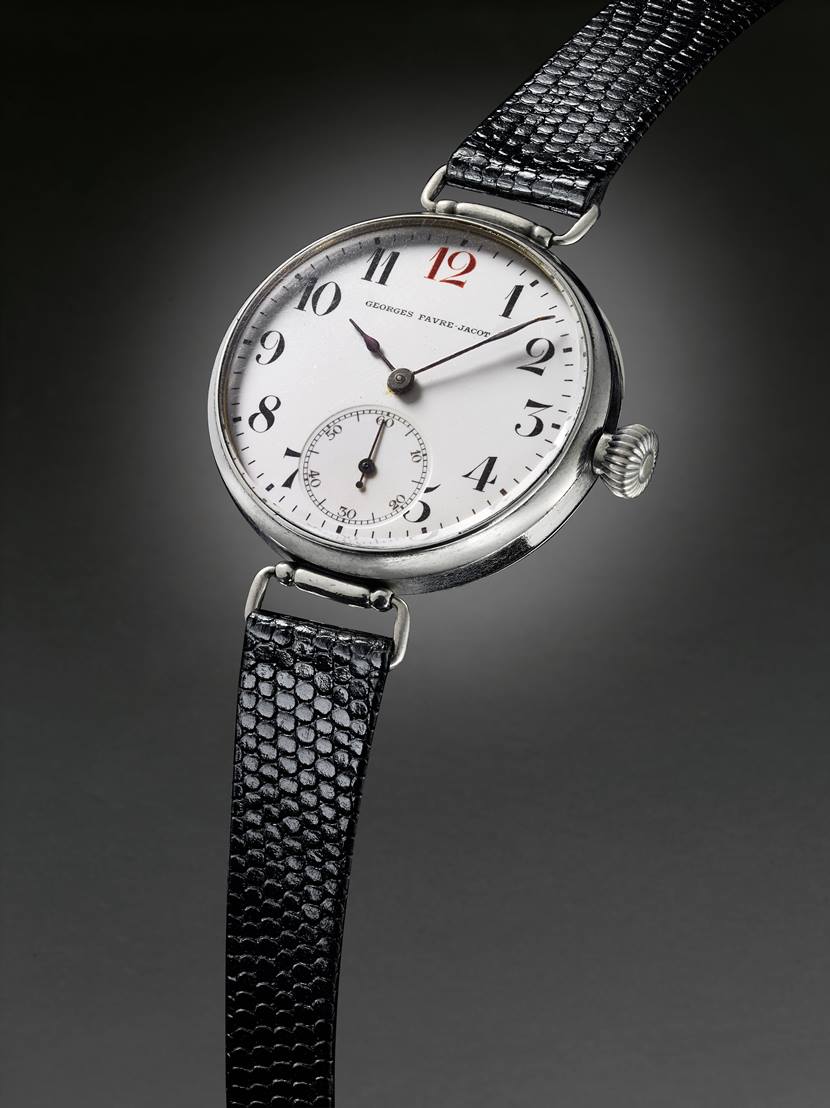 Zenith was one of the earliest proponents of the wristwatch, as the timekeeper made a transition from the pocket to the wrist at the turn of the 20th century. Pictured here is a model from 1911. Modelled after a pocket watch, especially the plus-sized winding crown, this creation features a white enamel dial.

4. EVEN GANDHI OWNS A ZENITH 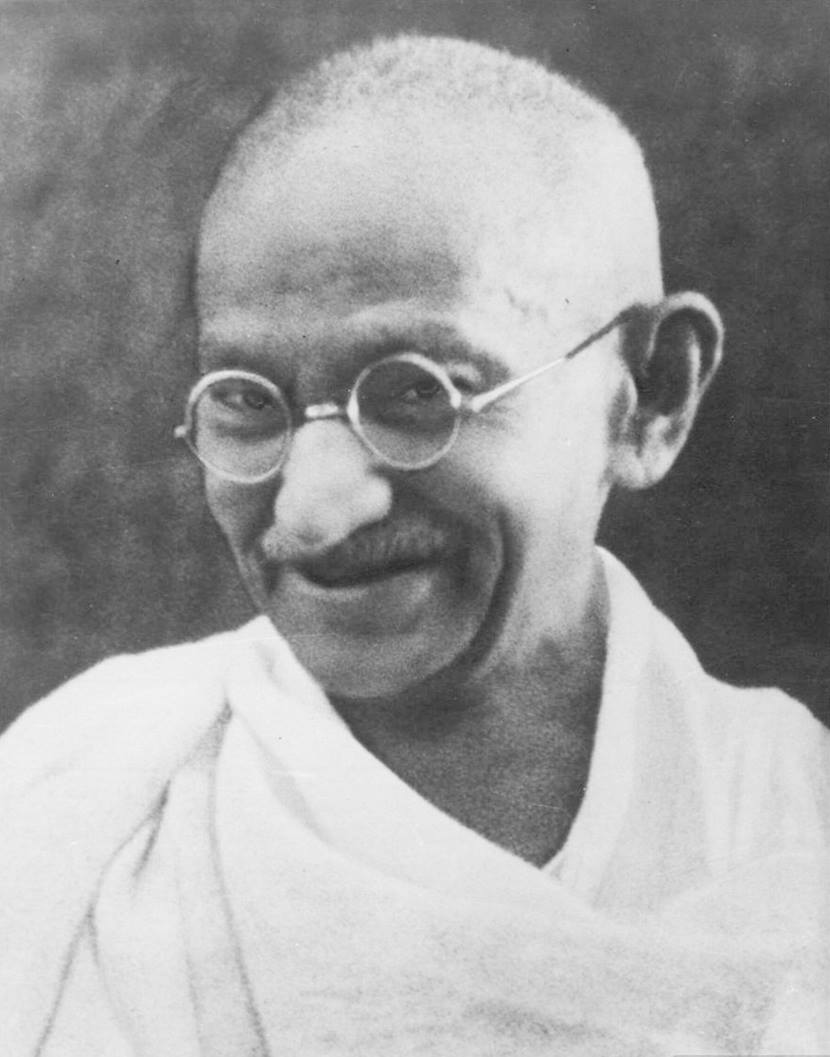 Don’t be taken aback by Gandhi’s possession of a haughty timekeeper. In his possession was a silver Zenith pocket watch was a gift to him from Indira Nehru when she was India’s Prime Minister. Although expensive, the watch was fittingly put to good use by the frugal activist. Gandhi used the watch’s alarm function to alert him of prayer times. 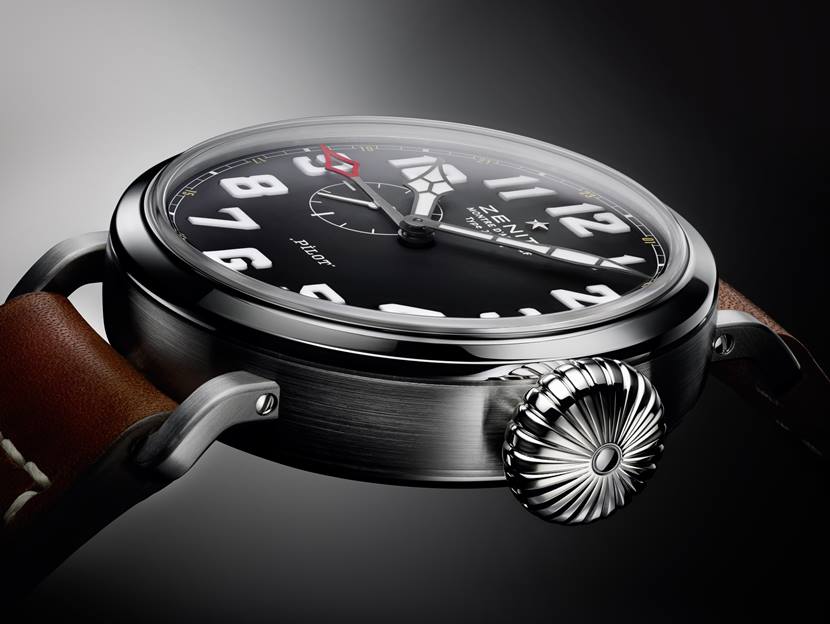 There are pilot’s watches and there is the Pilot’s Watch. No disrespect to the many esteemed brands that make truly great aviation inspired timepieces, but if you want to be picky about it, Zenith is the brand that holds the trademark of the ‘Pilot’ name. Which means that you won’t find other watches inscribed with the word ‘pilot’ on them, except for Zenith watches.  Pictured here is the Pilot Type 20 GMT, equipped with additional GMT function.

6. IT IS AN UNMATCHED AWARD WINNER 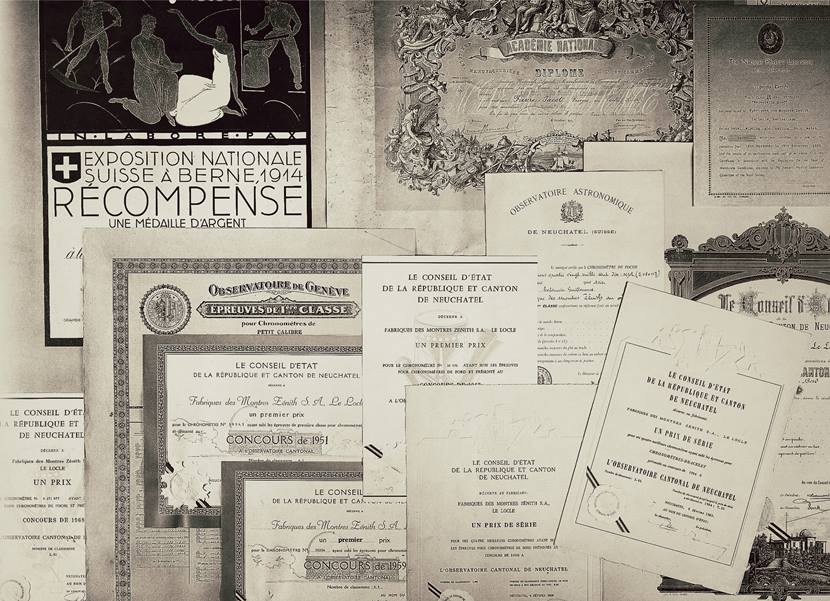 Zenith participated in its first chronometry competition in 1903. Since that year, it has won an incredible 2,333 prizes for chronometric performance, across various timekeeping categories from pocket watches, to on-board watches, to wristwatches. This is a feat that no other watch company has equalled.

7. IT BROKE THE SOUND BARRIER 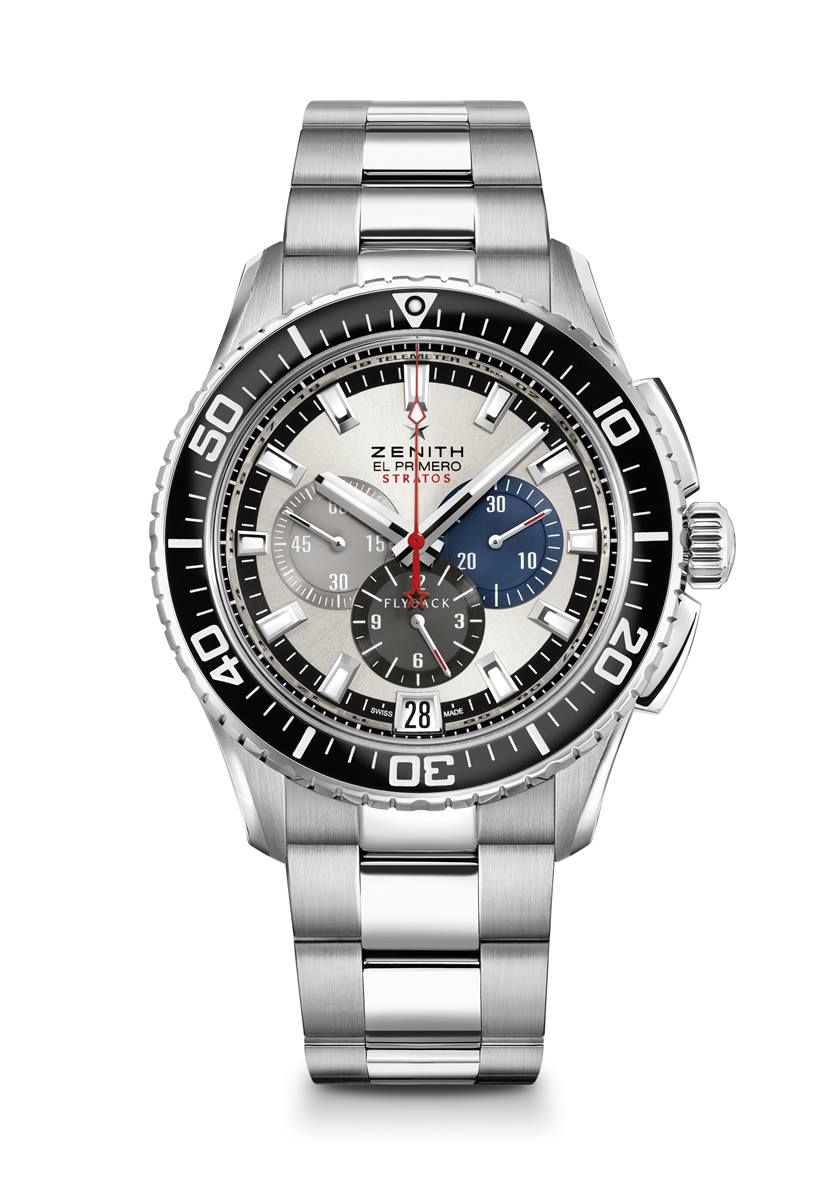 On October 14th 2012, extreme sky diver Felix Baumgartner leap off a capsule at the edge of space in a record-making freefall – from an altitude of 38,949.4 meters, to be exact. In the process, the speed at which he fell, at 1,357.6 km/h, meant that he also broke the sound barrier. Achieving the records with Baumgartner was the El Primero Stratos Flyback (pictured), which was strapped on his wrist the entire time and landed unscathed. The El Primero movement is not only synonymous with Zenith, but stands alone as a milestone in modern horology. Introduced in 1969, the El Primero made its mark as the world’s first integrated automatic chronograph movement, as opposed to one featuring a separate chronograph module. More notably, it beats at an ultra-high frequency of 36,000 vibrations per hour for improved precision, a much higher rate that the standard 28,800 vph. 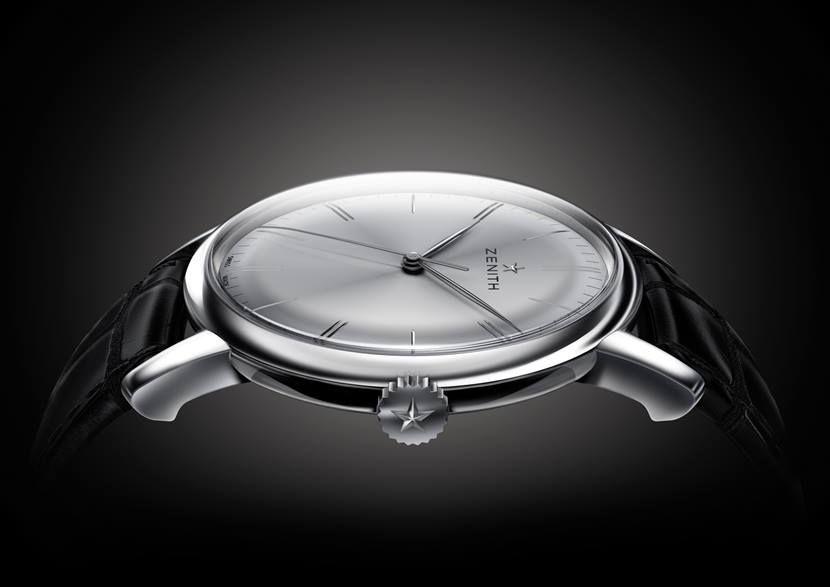 The Elite calibre was almost a myth. In the early 1990s, Zenith developed an automatic movement that was the first to be conceived using computer assisted technology. Presented at the 1994 Basel watch show, it was even voted ‘Movement Of The Year’. But little was hear of it until this year, when Zenith premiered an evolved version called the Elite 6150. An unassuming workhorse, the high-performance movement registers as svelte 3.92mm and boast almost 100 hours of power reserve. Pictured here is the watch of the same name that houses the movement. 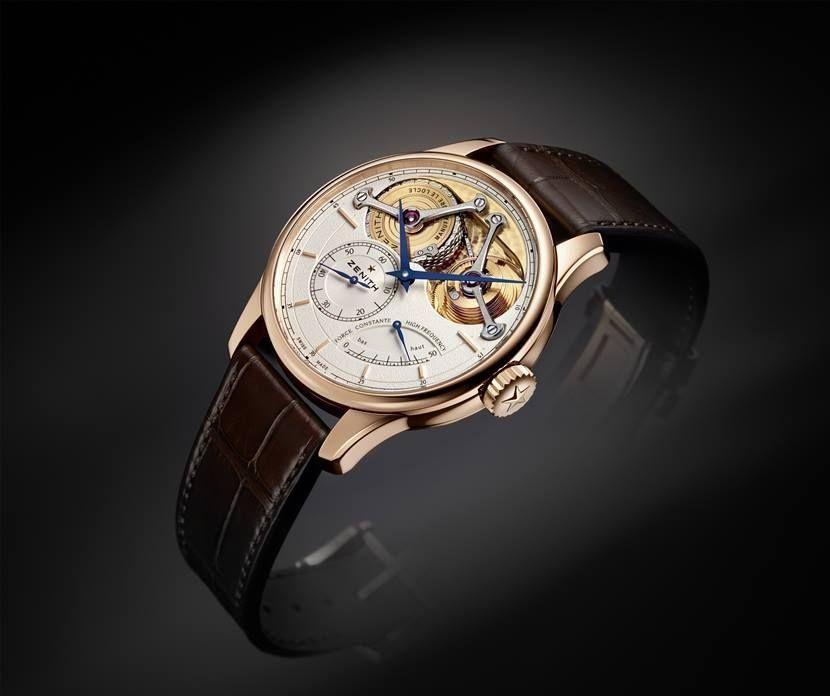 If you profess to be a Zenith aficionado, the Academy Georges Favre-Jacot is one for keeps. Rolled out to commemorate Zenith’s 150th anniversary, this 150-piece limited edition is an accumulation of the brand’s best traits, combing high-performance with enthralling design. The watch’s 575-part manual-winding movement beats at 36,000 vibrations per hour – a Zenith trademark – and features a fuse-and-chain ‘constant force’ mechanism that ensures optimal, consistent torque and timekeeping precision whether the watch is at the beginning or the end of its 50-hour power reserve.