It feels like it wasn’t that long ago Hermès introduced its L’Heure de la lune, for which it won the Calendar and Astronomy Watch Prize at the 2019 GPHG. This year, the exceptional moonphase complication makes another appearance with two new models and one important, albeit cheeky, difference. Where the previous version displayed the moon as seen from the northern hemisphere on top and the southern hemisphere below, this year’s model swaps the two so the views are switched. 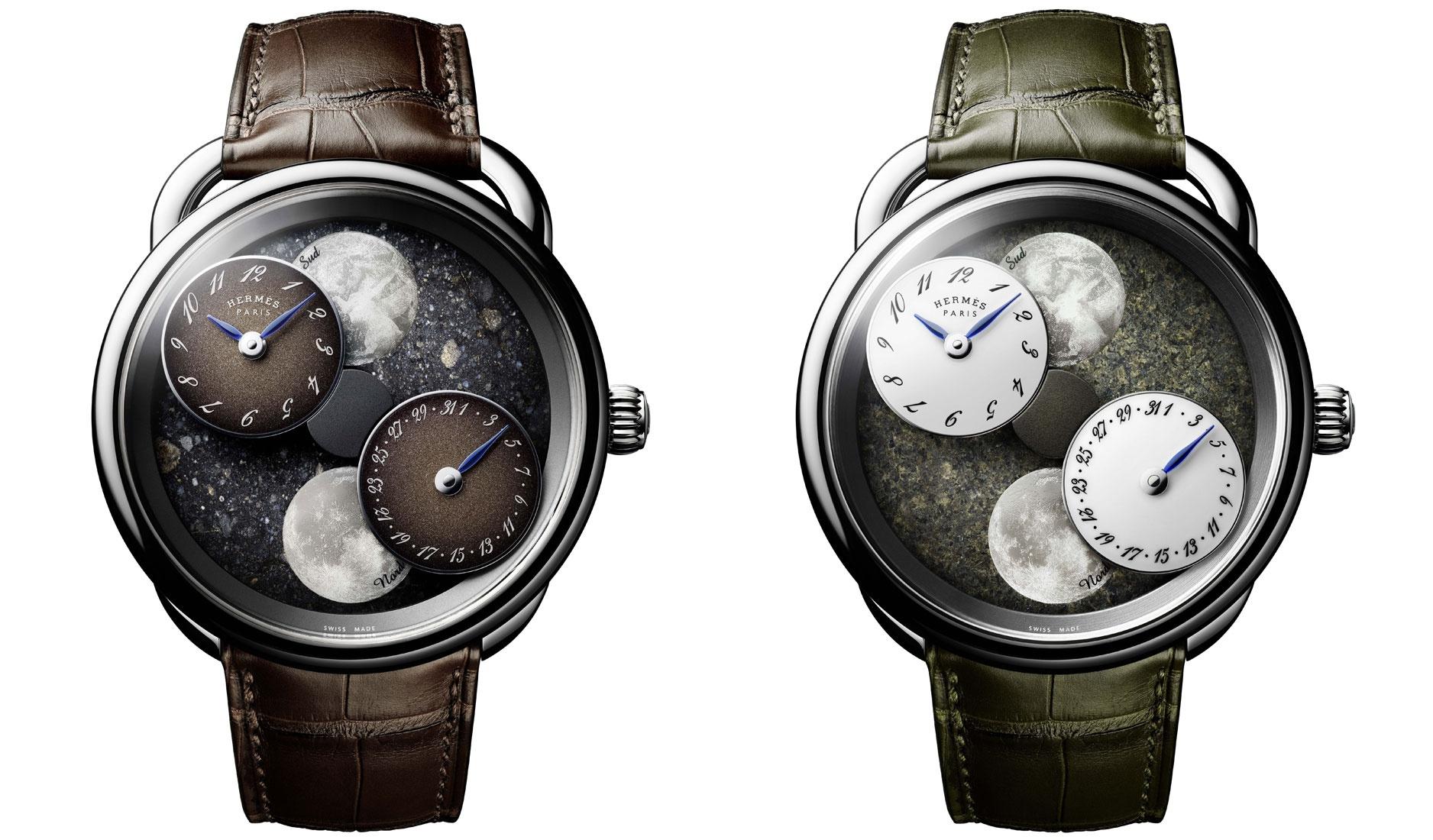 Also in the Arceau family is the new Cheval Cosmique—a set of two watches that showcase Hermès’ artistic chops. Featuring a mother-of-pearl or aventurine dial, the Cheval Cosmique sees a majestic horse carved in white gold, set against a hand-engraved wave motif, also in white gold. 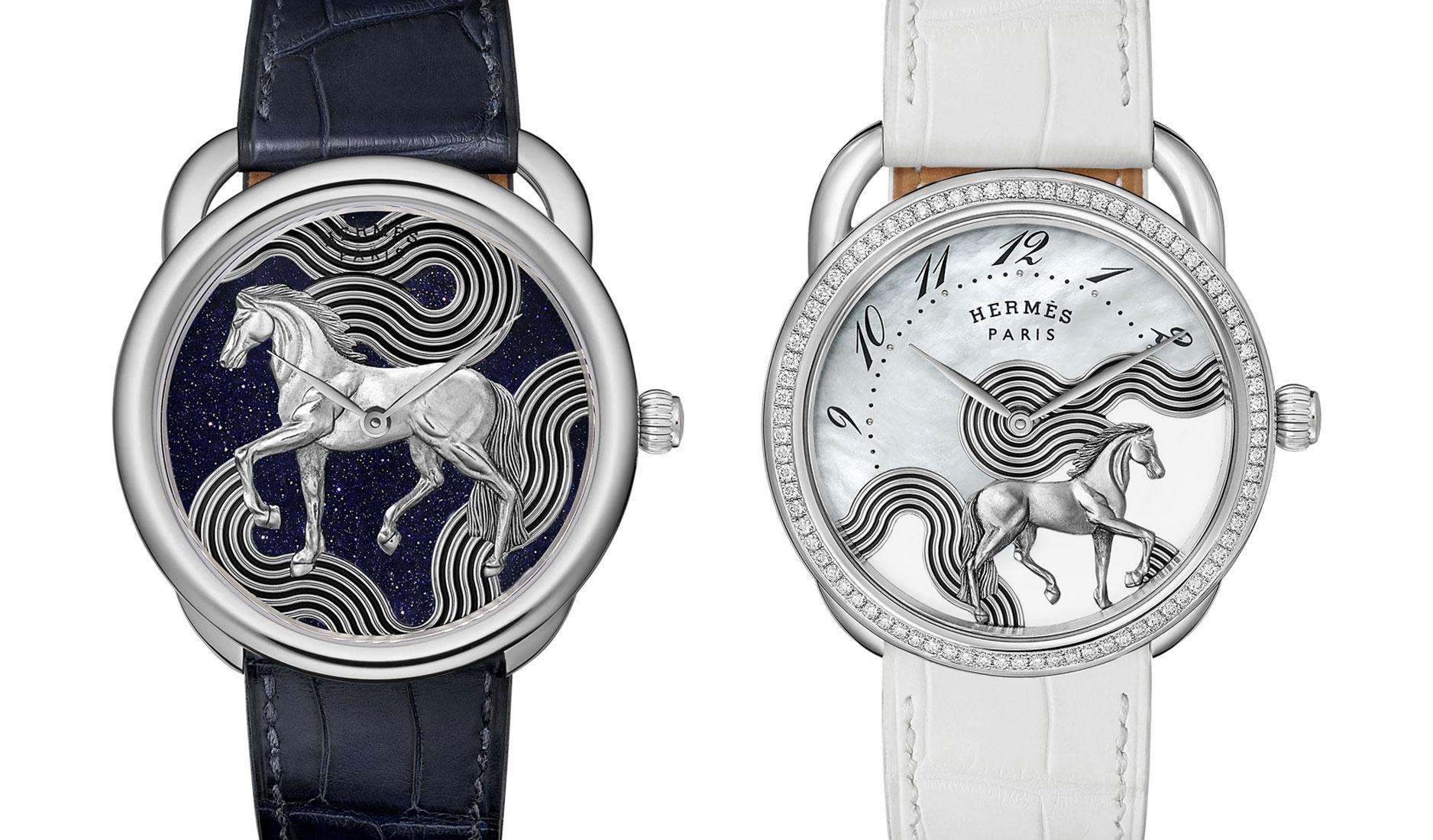 For an idea of how delicate the craft is, the artisan has to work on a gold plate that’s less than half a centimetre thick, engrave the waves, then apply fine black lacquer. After this is done, the waves are affixed to the dial, which is then covered in aventurine or enamel and mother-of-pearl before the pièce de résistance—the white gold horse—is set in place. Each model comes in a limited edition of 24 pieces. 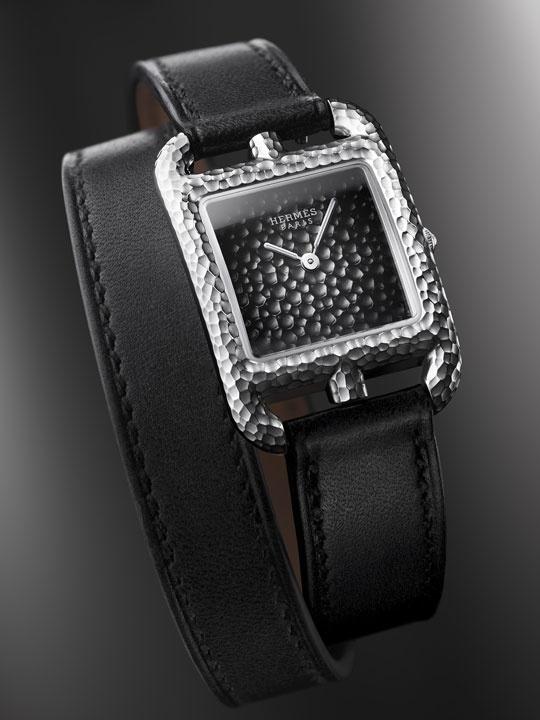 Showing that it’s just as adept in metalwork like hammering, Hermès’ Cape Cod Martelée (above) steps out with a stunning case and dial. The hammered case offers a beautiful sheen at every angle and the captivating dial comes in translucent lacquer with gradated hues. The watch runs on a Swiss quartz movement and is available in a single strap or double tour option. 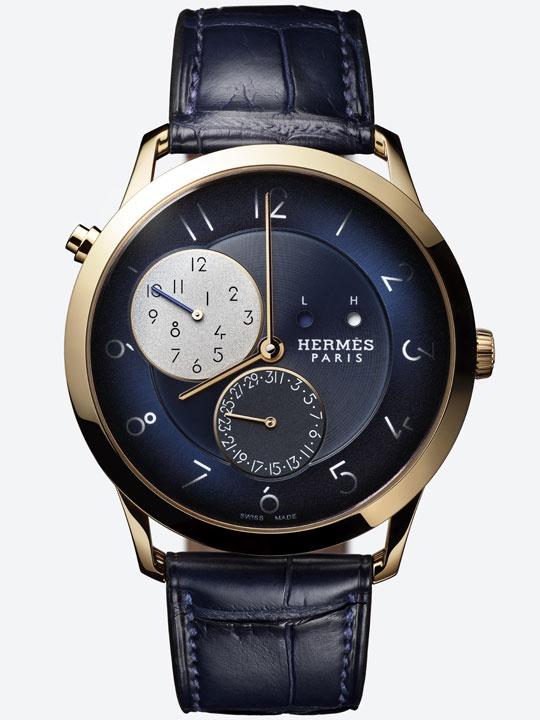 Although we may not be doing much travelling in these times, the Slim d’Hermès GMT is one to consider when we do start jetting off again. As its name suggests, the watch features an ultra-thin in-house movement, the Calibre H1950 with a GMT module. The self-winding movement also offers two day/night indicators for local time and home time, with the setting of the away time done via a pushpiece at 10 o’clock.

Housed in a slender 9.48mm rose gold case, the timepiece showcases various finishings like a sunburst chapter ring, snailed centre and date counter at six o’clock, as well as a silver grained GMT sub-dial. Both practical and elegant, the Slim d’Hermès GMT looks to be a reliable companion whether you’re home or away.