Synonymous with high-frequency chronographs, Zenith unabashedly stakes its claim as the ‘Master of Chronographs’ at Watches And Wonders 2022. At the Geneva watch fair, Zenith staged an exhibition of the same name, charting its history in the field of chronographs while showcasing milestone creations that shaped the complication as we know it today. Of course, Zenith also supplants past glories by cementing its position as the eminent king of chronographs today with two new exhilarating offerings.

One year can be a long time in the world of watchmaking. When Zenith launched the Chronomaster Sport in 2021 (the brand’s athletic expression of the Chronomaster collection), reactions to the watch were overwhelmingly polarising. Those who loved the watch hailed it as a must-buy for the year. Those who didn’t, decried it as riding on the coattails of iconic chronographs the Daytona and the Speedmaster. However, one Grand Prix d’Horlogerie de Genève Chronograph prize award and many sold-out pieces later, it is clear how the fortunes of the Chronomaster Sport have turned out. 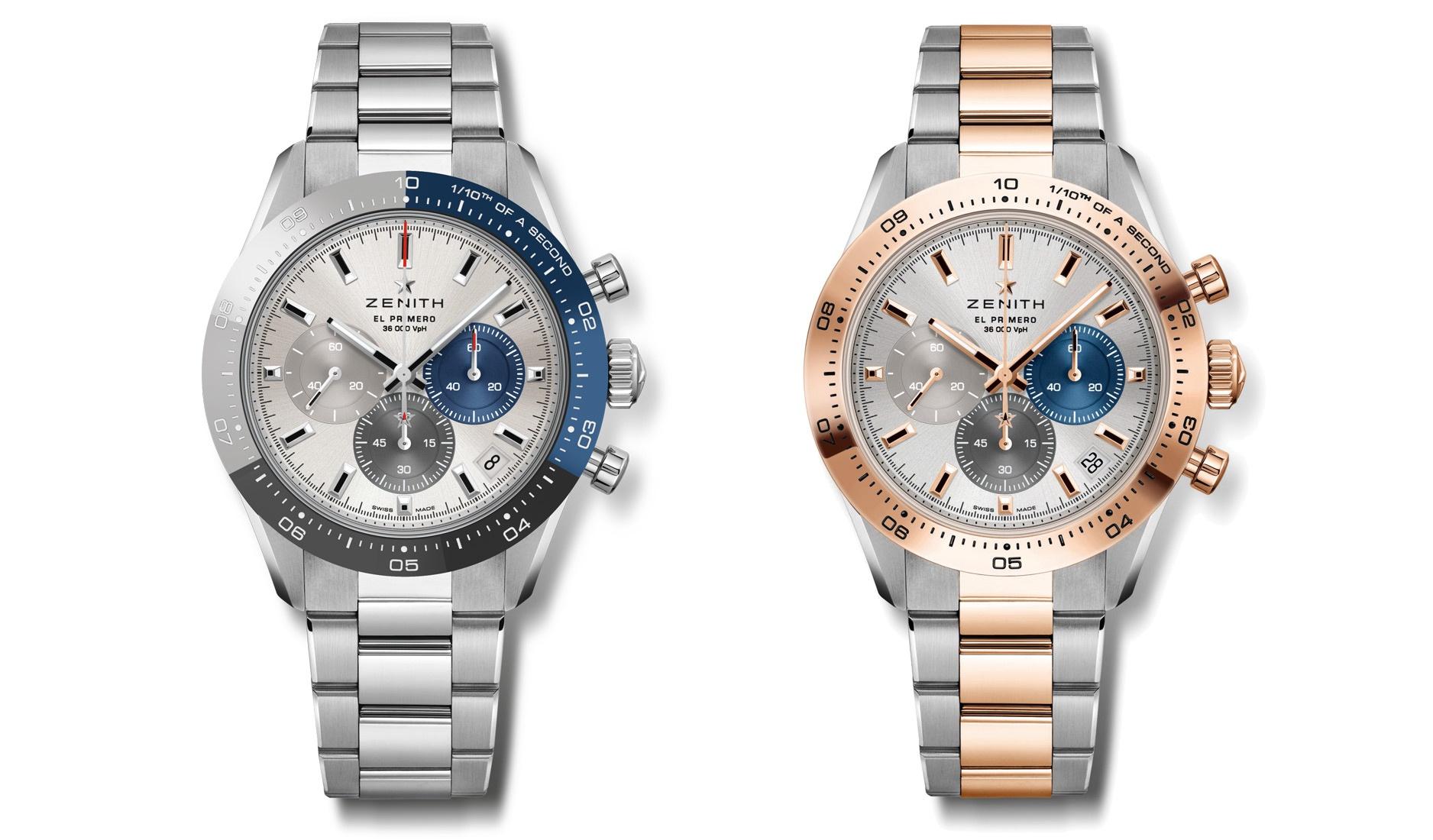 This year, the now-hotly coveted series is back in four new variants: a stainless steel boutique edition with tri-colour ceramic bezel in blue, grey and anthracite that echo the tones on the chronograph counters; a full rose gold model with matte while dial; and a pair of two-tone steel-and-rose gold models with silver or dial dials. All four watches feature the collection’s trademark tri-colour totalisers and are powered by the next-generation automatic El Primero 3600 column-wheel chronograph movement, which measures time to 1/10th of a second that debuted with the original Chronomaster Sport models last year. 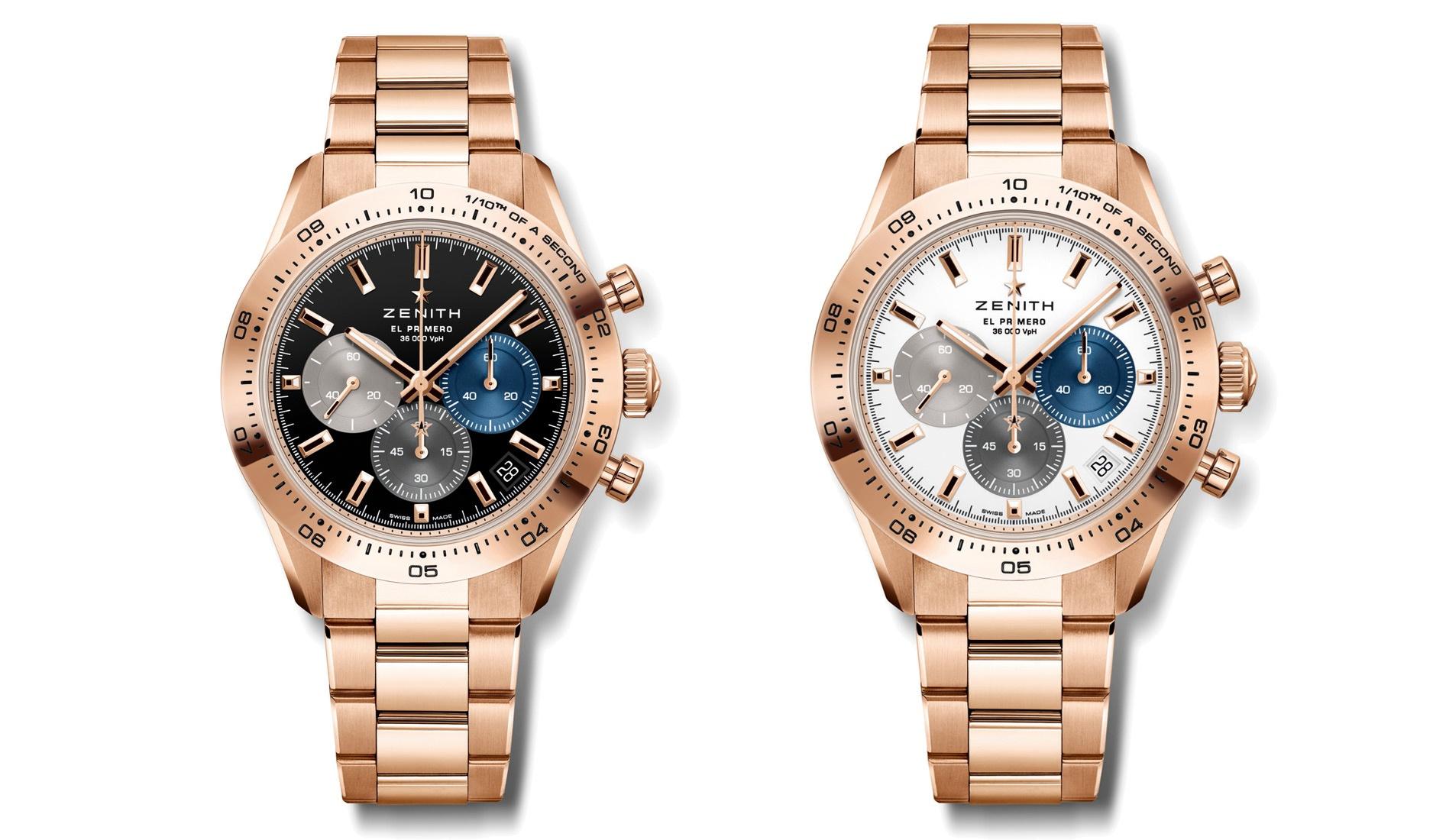 Zenith’s second headliner of the year is the Chronomaster Open (below), a watch distinguished by its open-worked dial that reveals the movement’s escapement. The latest version retains its predecessors’ signature look while undergoing under the knife to emerge with a disposition of casual refinement. 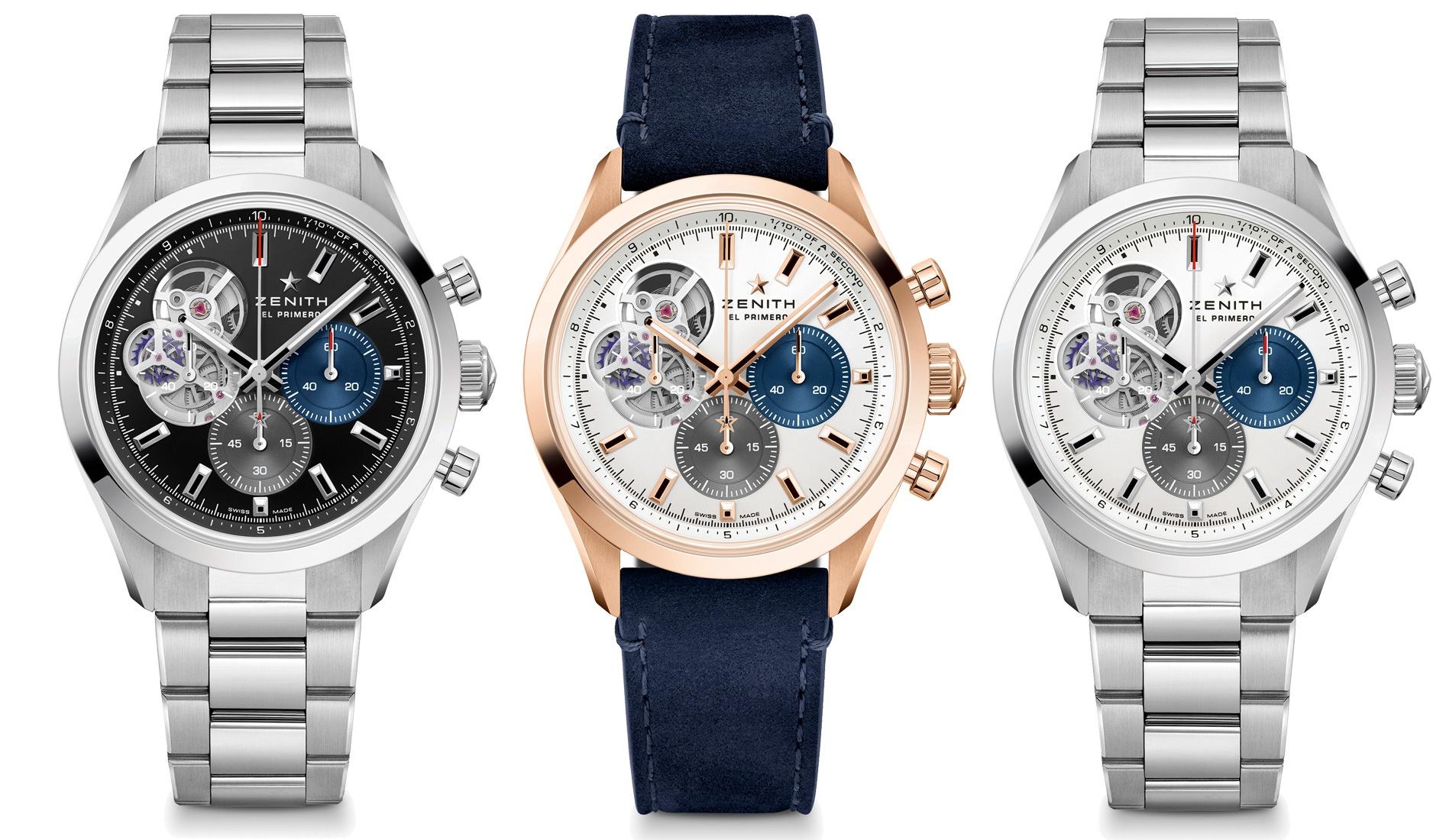 Key tweaks include the inclusion of the tri-colour totalisers that echo the colours of the iconic A386 from 1969, and a new open-worked design. Instead of a window at nine o’clock, the opening is fixed with a transparent hesalite crystal element that offers a view into the automatic El Primero 3604 movement. Also, the applied window frames common to previous versions are replaced with circular openings with chamfered edges for a more modern look.

Available in steel with bracelet, and rose gold with blue calfskin strap, the watches promise style mileage with workday to weekend versatility. At 39.5mm, the new Chronomaster Open is noticeably smaller than the 41mm Chronomaster Sport and the 42mm cases of previous Chronomaster Open models. The dimensions are similar to that of a decently sized dress watch and, coupled with the open-worked design, the new Chronomaster Open exudes an air of elegance. At the same time, the watch’s high-performance machismo shines through, ensuring that it will most certainly not go unnoticed.