Take a wild guess: Which collection dominates Tudor’s new rollouts this year? We jest, of course. You already know the answer. That the Black Bay, in all its multi-facetted glory, continues to headline another year of new Tudor releases, showing how popular, versatile and expansive the collection has become since its 2012 debut. And by the looks of it, the Black Bay juggernaut isn't losing steam anytime soon. 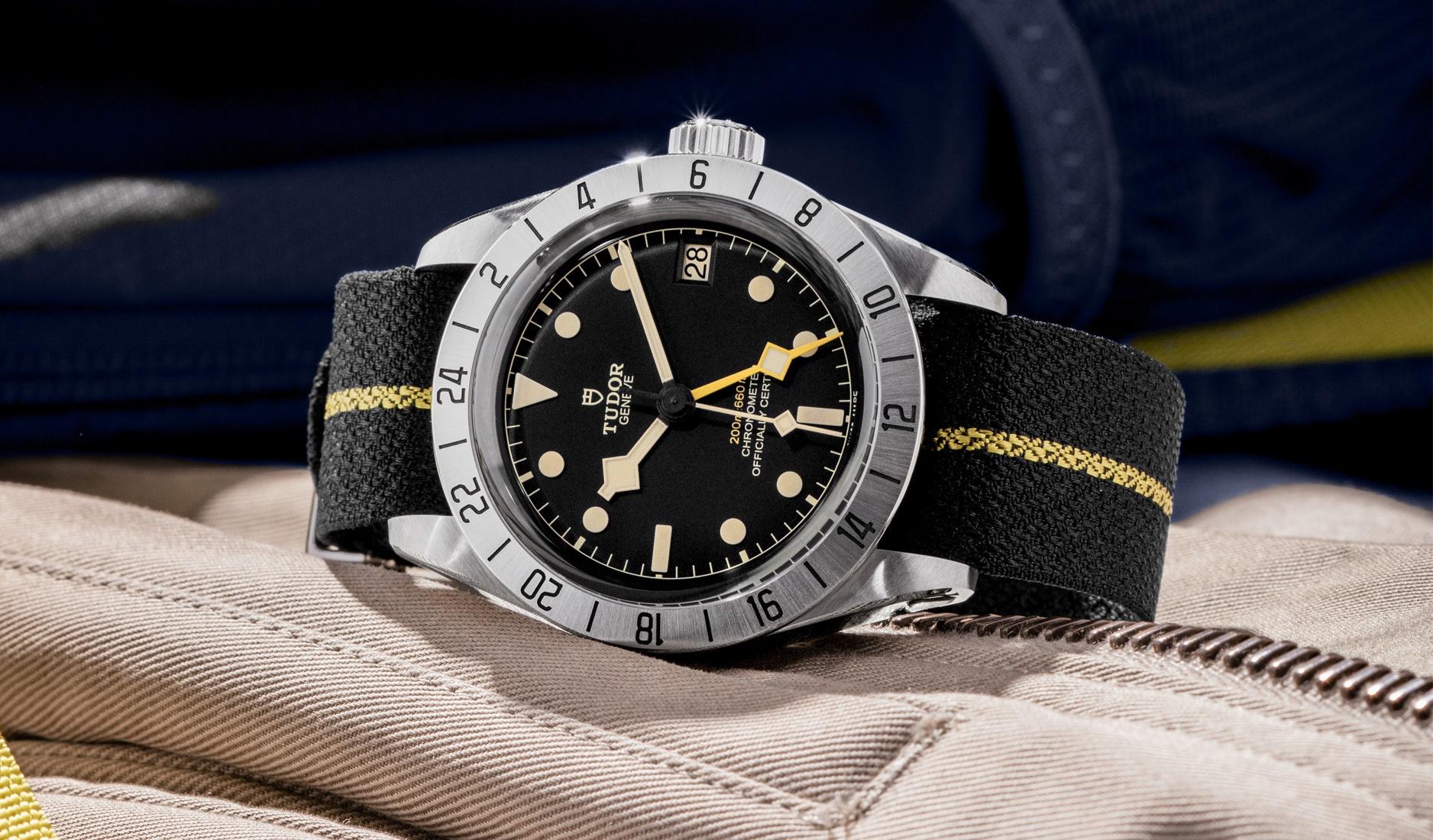 The star of the Black Bay class of 2022 is the Black Bay Pro, a rugged 39mm stainless steel ticker with GMT functionality. Tudor bills the watch as an entirely new model, but fans of the Black Bay range will point to the Black Bay GMT, which was launched in 2018 and now boasts a variety of models, including this year’s ‘root beer’ version that we will get to later. While the Black Bay Pro is driven by the same COSC-certified automatic MT5652 movement that powers the Black Bay GMT collection, the former's adventure-inspired design language and personality is distinctively different from its brethren. 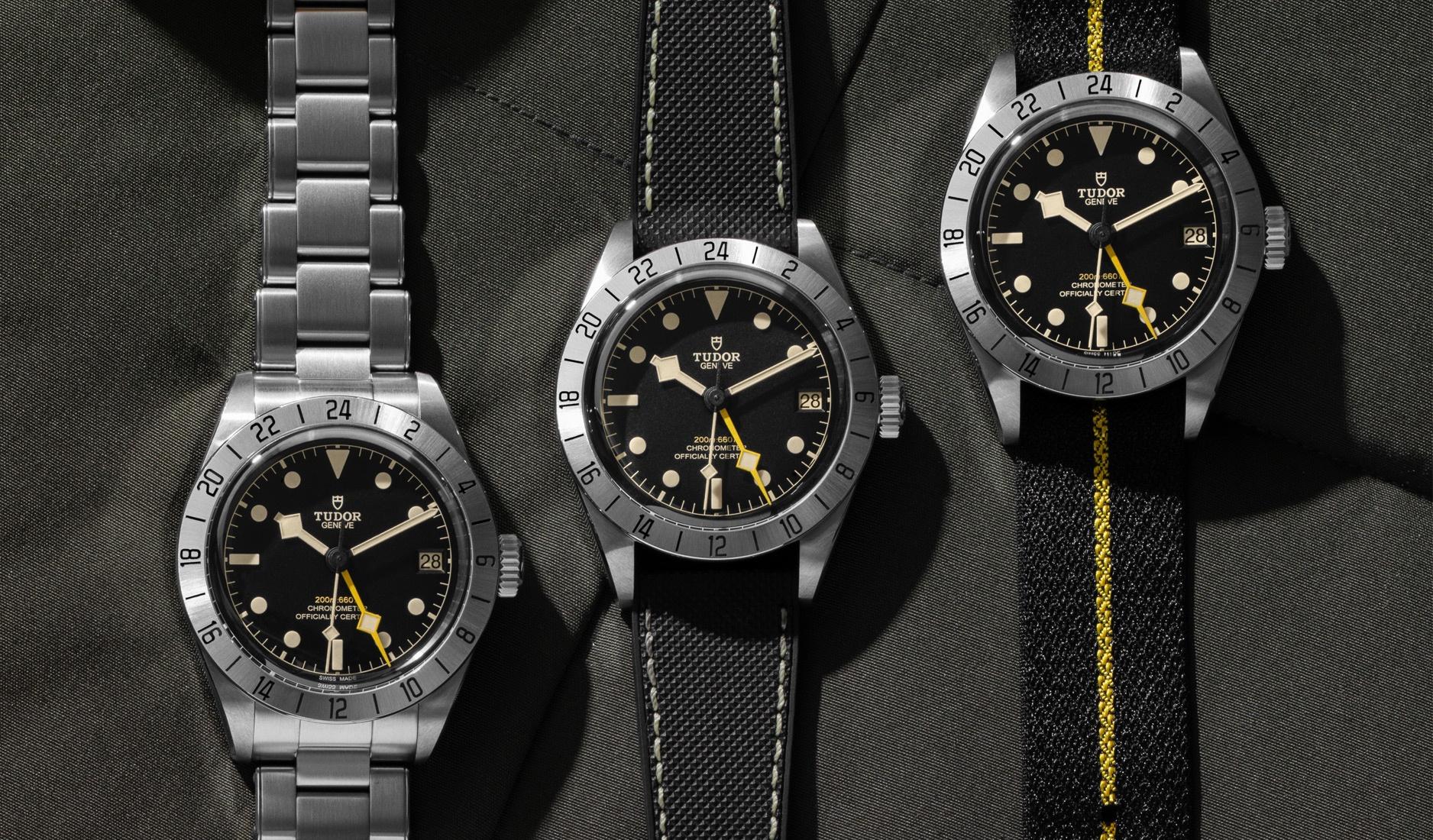 Brandishing a fixed 24-hour bezel on the satin-finished steel case, the Black Bay Pro invites comparisons with the Rolex Explorer II Ref. 1655. Not a bad thing at all. Especially when the Black Bay Pro is just as aesthetically pleasing with details like a domed sapphire crystal and Tudor’s famous ‘Snowflake’ hour and seconds hands that evoke a throwback disposition. The watch is complemented by robust qualities courtesy of its high-performance movement with 70-hour power reserve and 200m water resistance. 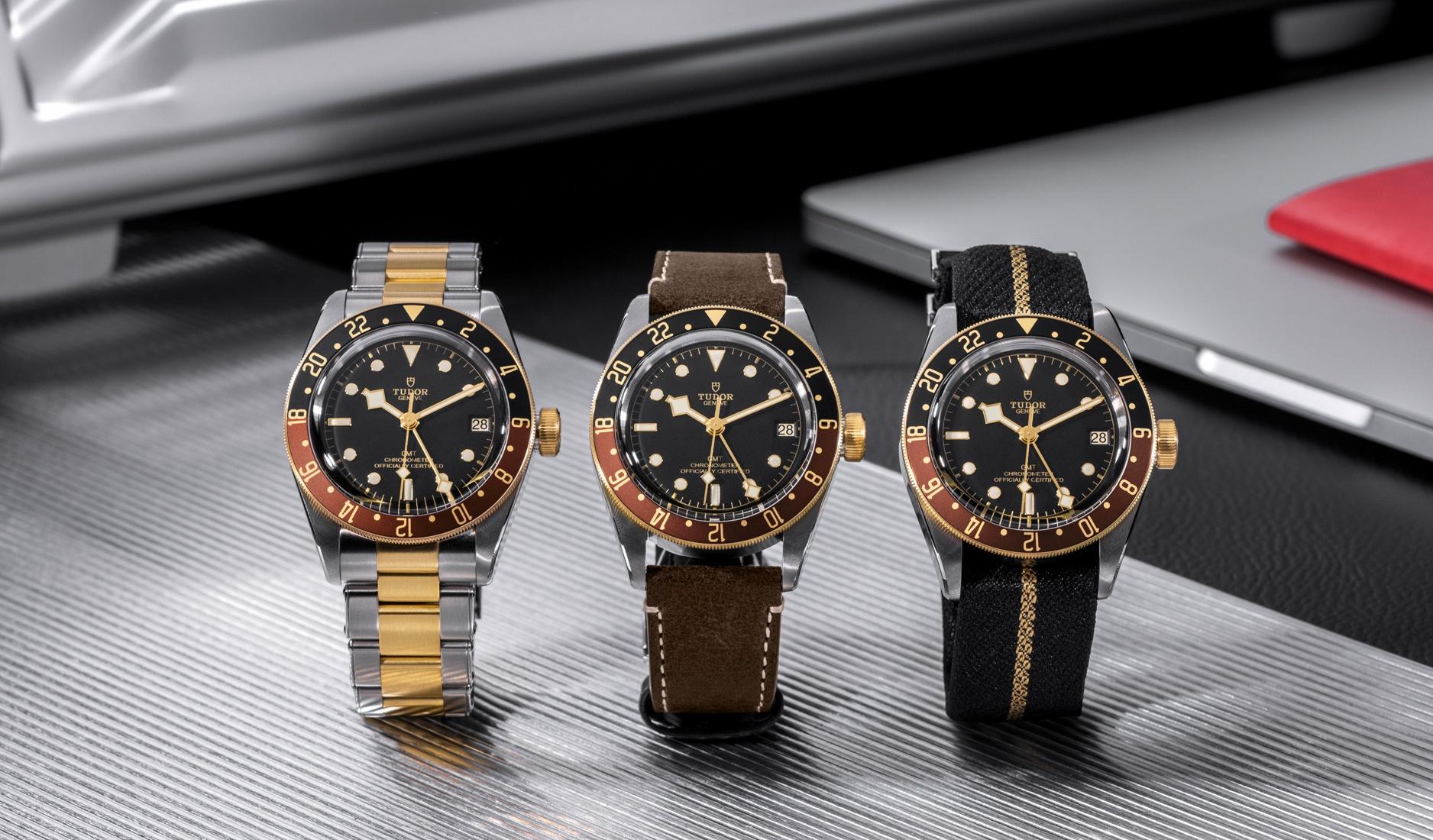 Besides the Black Bay Pro, Tudor has released a catalogue-spanning line-up of two-tone Black Bay watches. At the top of the pile for us is the aforementioned GMT S&G (steel and gold). Housed in a 41mm steel case, the watch features a yellow gold 24-hour bezel in black and brown (hence the ‘root beer’ association), complemented by a riveted steel and gold three-link bracelet. The colours on the bezel and bi-metal combination effortlessly conjure up a nostalgic vibe, which will sit very well with fans of the Black Bay. 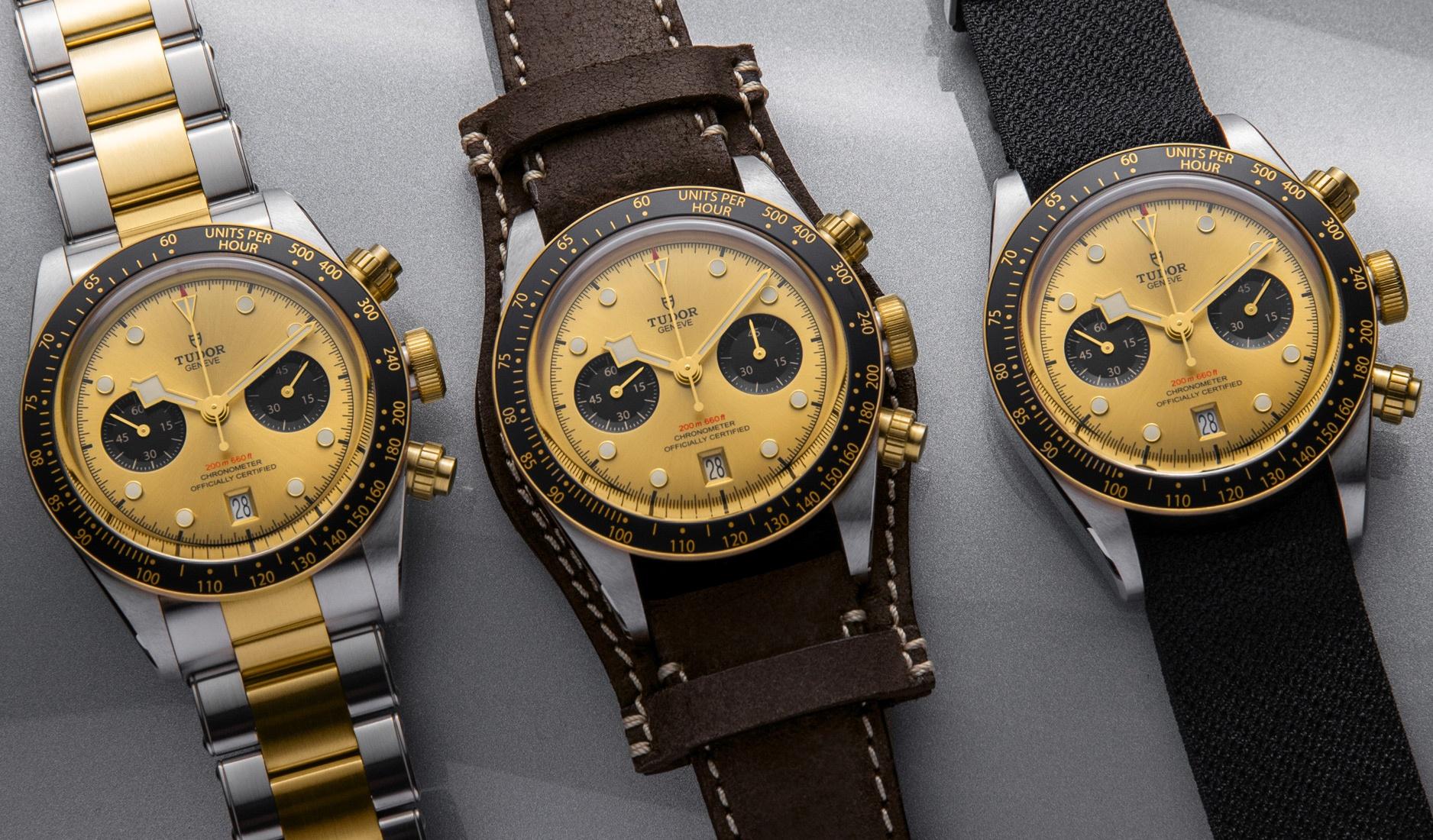 Interestingly, the rest of the S&G collections, while parked under the same category of two-tone, bi-metal offerings, are far from homogenous. The Black Bay Chrono (above) exudes retro-inspired sportiness with a yellow gold and black tachymeter bezel framing a panda-style dial with gold sunray backdrop and black totalisers. On the other hand, the assortment of new time-only Black Bay S&G models in 31mm, 36mm, 39mm and 41mm cases (below) brandish a dressy disposition, complemented by supple five-link bracelets and a variety of black, silver or patterned dials. It may be another of the Black Bay roll-outs, but there is definitely something for everyone here. 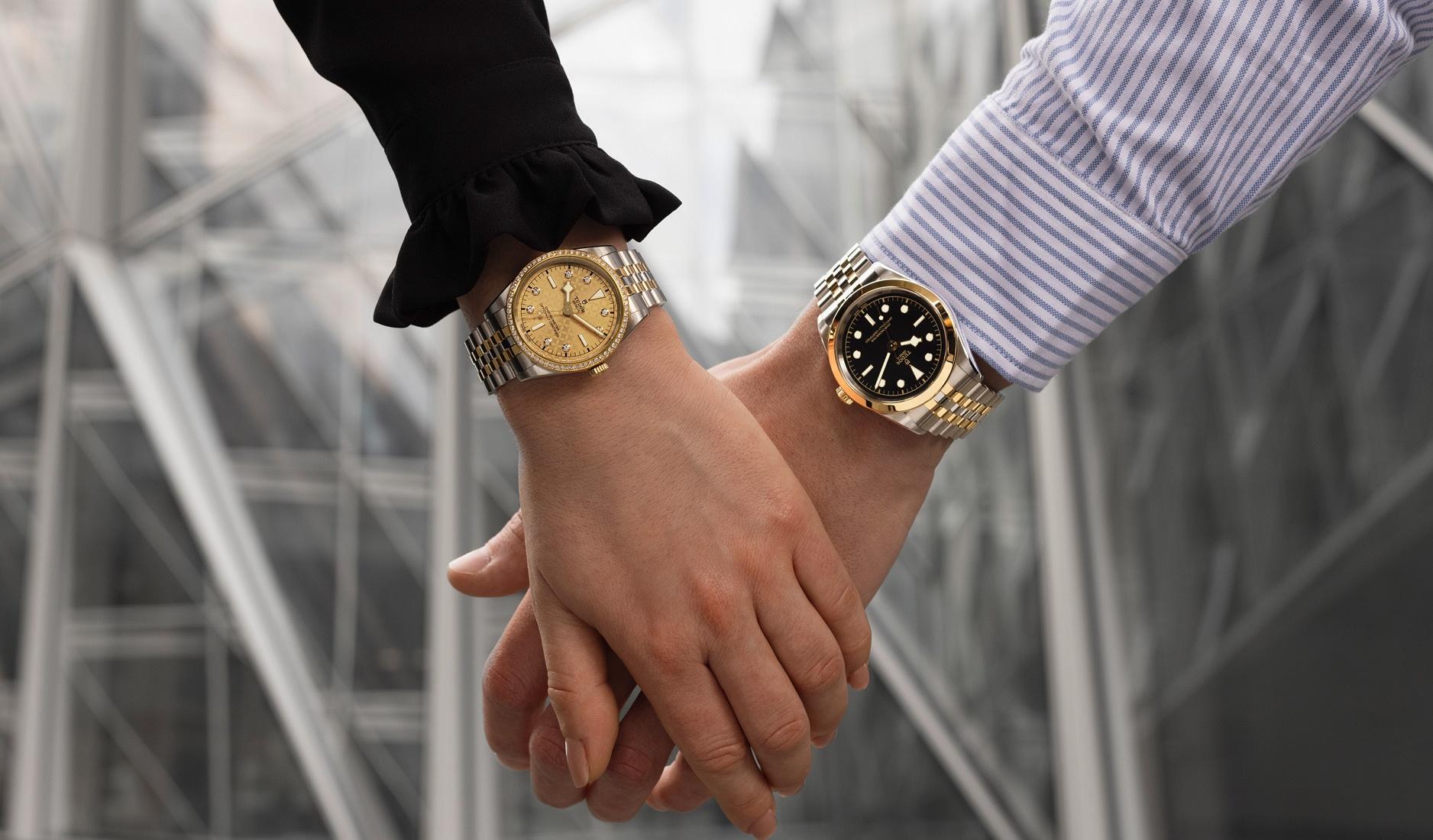