First takes on the latest Aquaracer creations from TAG Heuer.

Picking up from where it left off at last year’s Watches And Wonders showcase, when TAG Heuer debuted its new-generation Aquaracer Professional 300, the brand further expands the scope and variety of the popular dive watch collection this year with some truly outstanding upgrades. 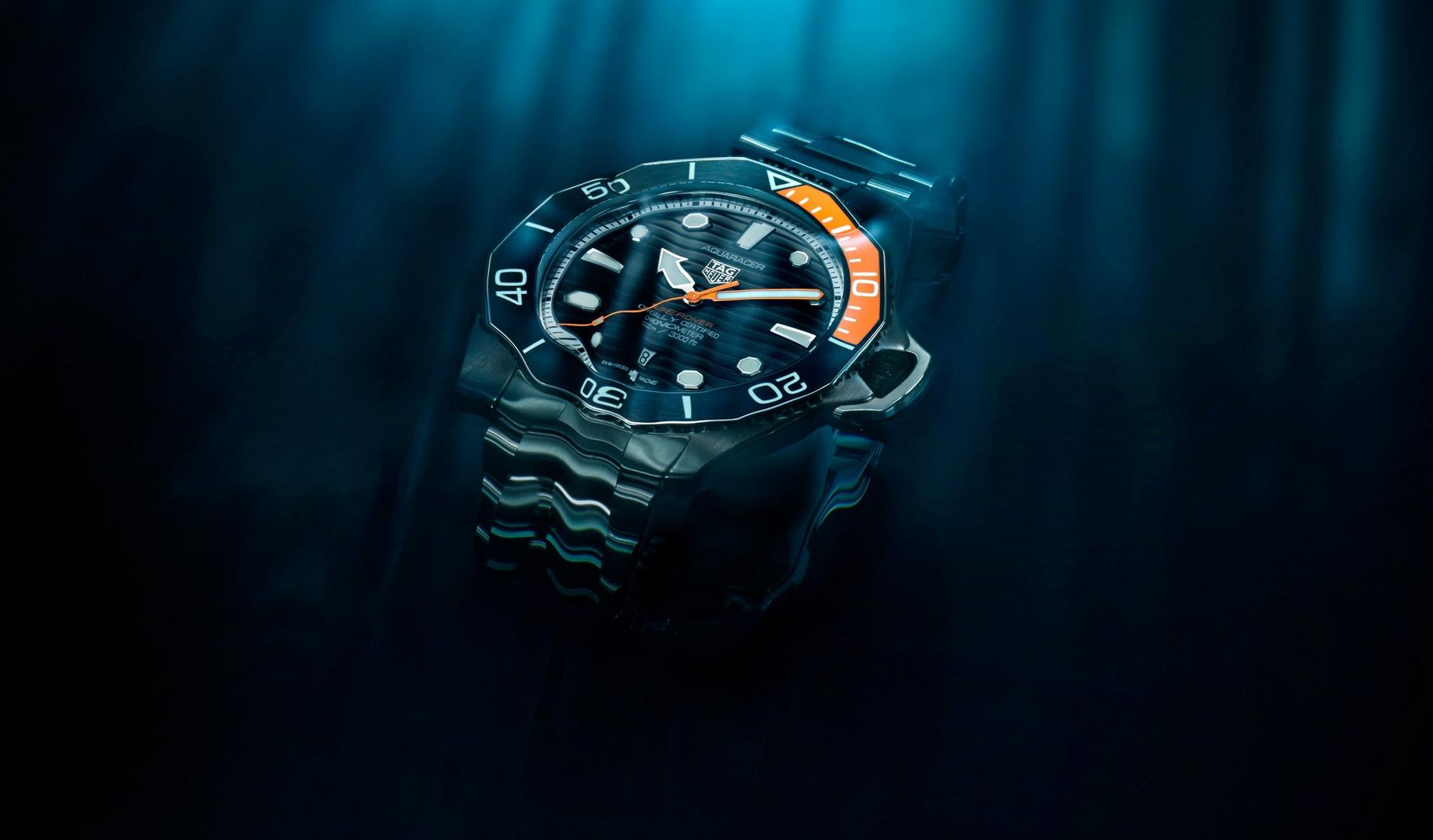 The new Aquaracer Professional 1000 Superdiver (above) leads the charge as an “extreme” model in the collection that boasts highly robust and new lung-busting capabilities. The 45mm titanium watch is water-resistant to 1,000m and comes with COSC-certified precision credentials, courtesy of an exclusive automatic movement created in partnership with Kenissi Manufacture. A movement manufacturing company that has been making the news of late, Geneva-based Kenissi Manufacture counts the likes of Breitling, Tudor and Chanel as key stakeholders, and has also been producing exclusive calibres for the three brands. 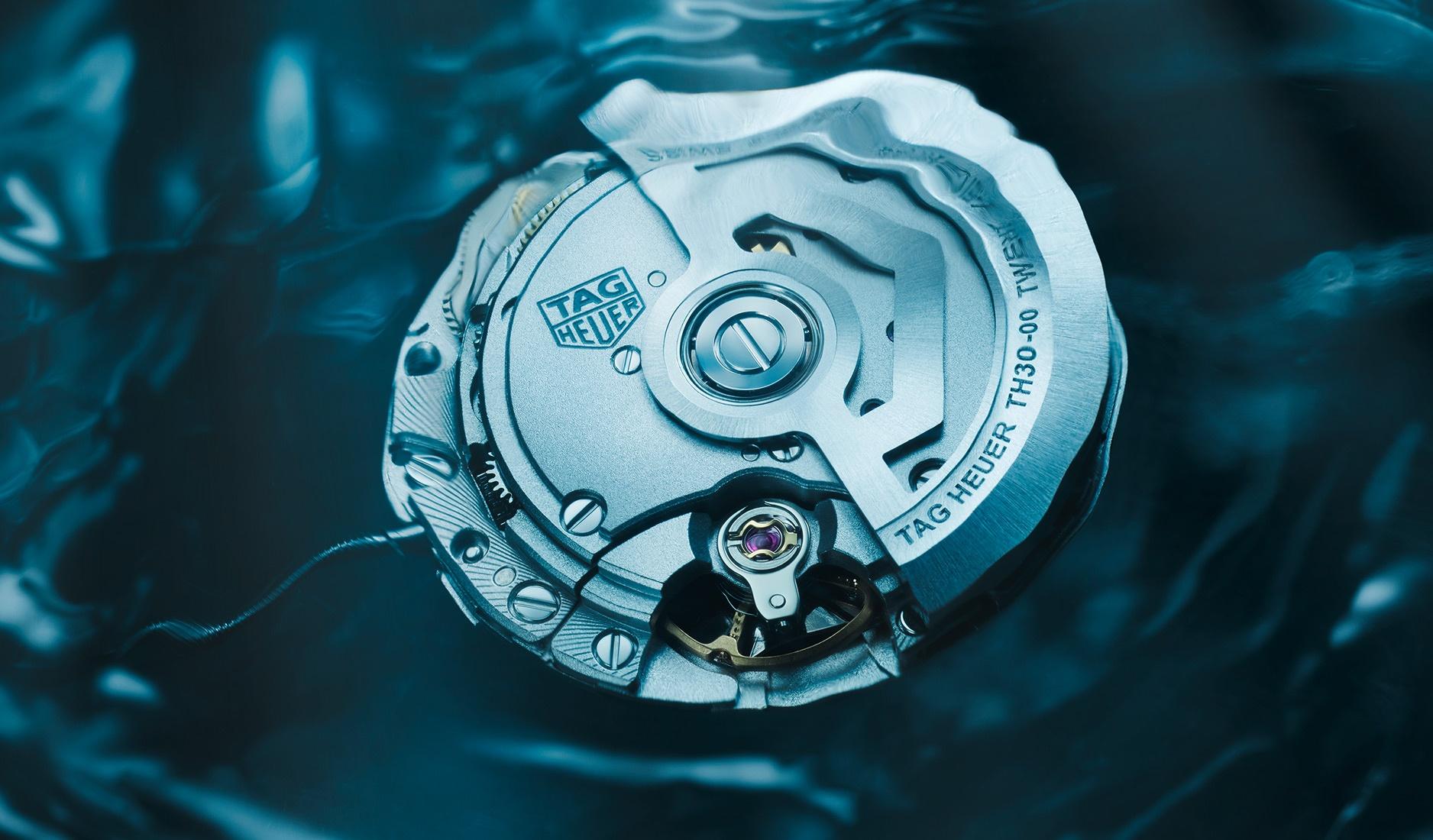 But back to TAG Heuer. The Calibre TH30-00 that drives the new Aquaracer Professional 1000 Superdiver is accurate to -4/+6 seconds a day, promises 70 hours of power reserve on a full wind, and fortifies the watch with an extended five-year international warranty. As one would expect, the watch appears hefty given its case dimension, as well as deep-dive ready features such as a helium escape value and crown protector. But it is incredibly light, too, thanks to its titanium case and bracelet, ensuring that it remains a comfortable and stylish accompaniment on dry land. 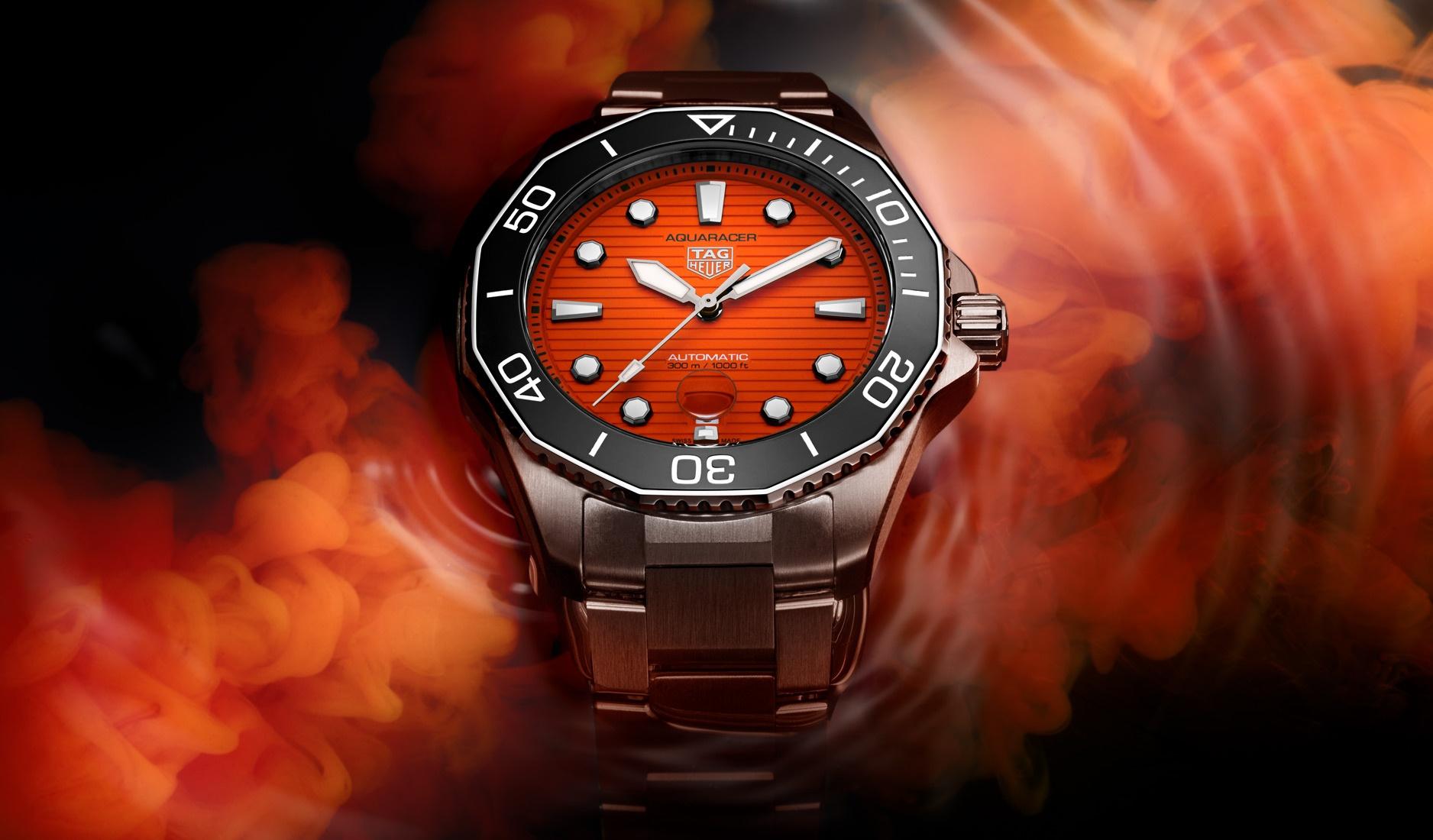 While not as jaw-droppingly water-resistant, the new Aquaracer Professional Orange 300 does an equally good job at inviting dive watch lovers to take the plunge. The watch follows a tradition of sorts for the Aquaracer collection, set by previous historically inspired models like the 844-piece limited edition that paid homage to TAG Heuer’s first dive watch, the Ref. 844, and the Aquaracer Professional 300 ‘Night Diver’ with a full lume dial from last year. This year’s offering sports a bright orange dial, which takes after a vintage model that was launched shortly after the Ref. 844 dive watch from 1978. 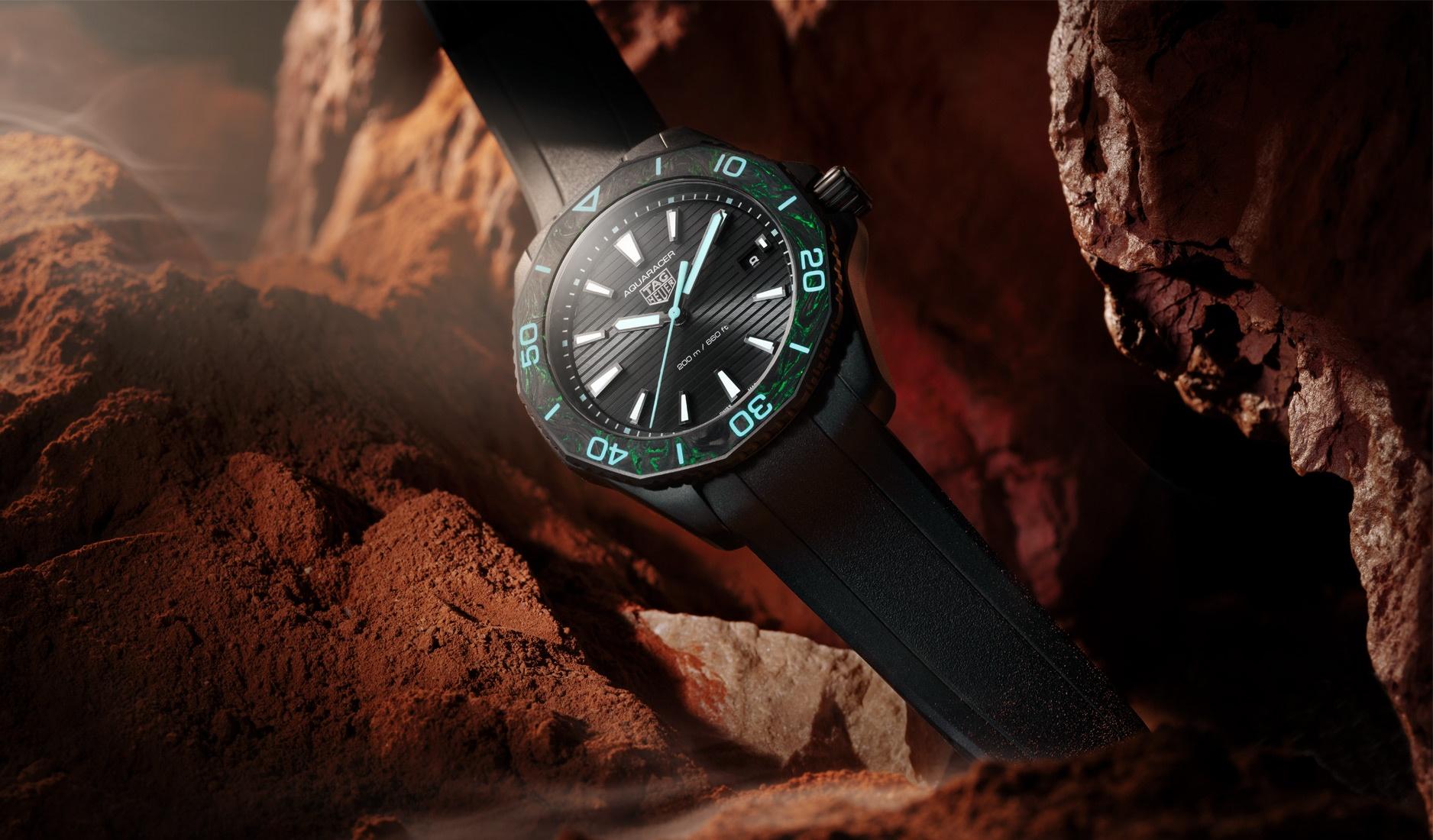 The third Aquaracer model that one ought to check out is the Professional 200 Solargraph. Although one is immediately drawn to its intriguing look that flaunts a 40mm black DLC sandblasted steel case with a carbon bezel infused with Super-LumiNova that glows green in the dark, the watch’s most arresting qualities lie on the inside. 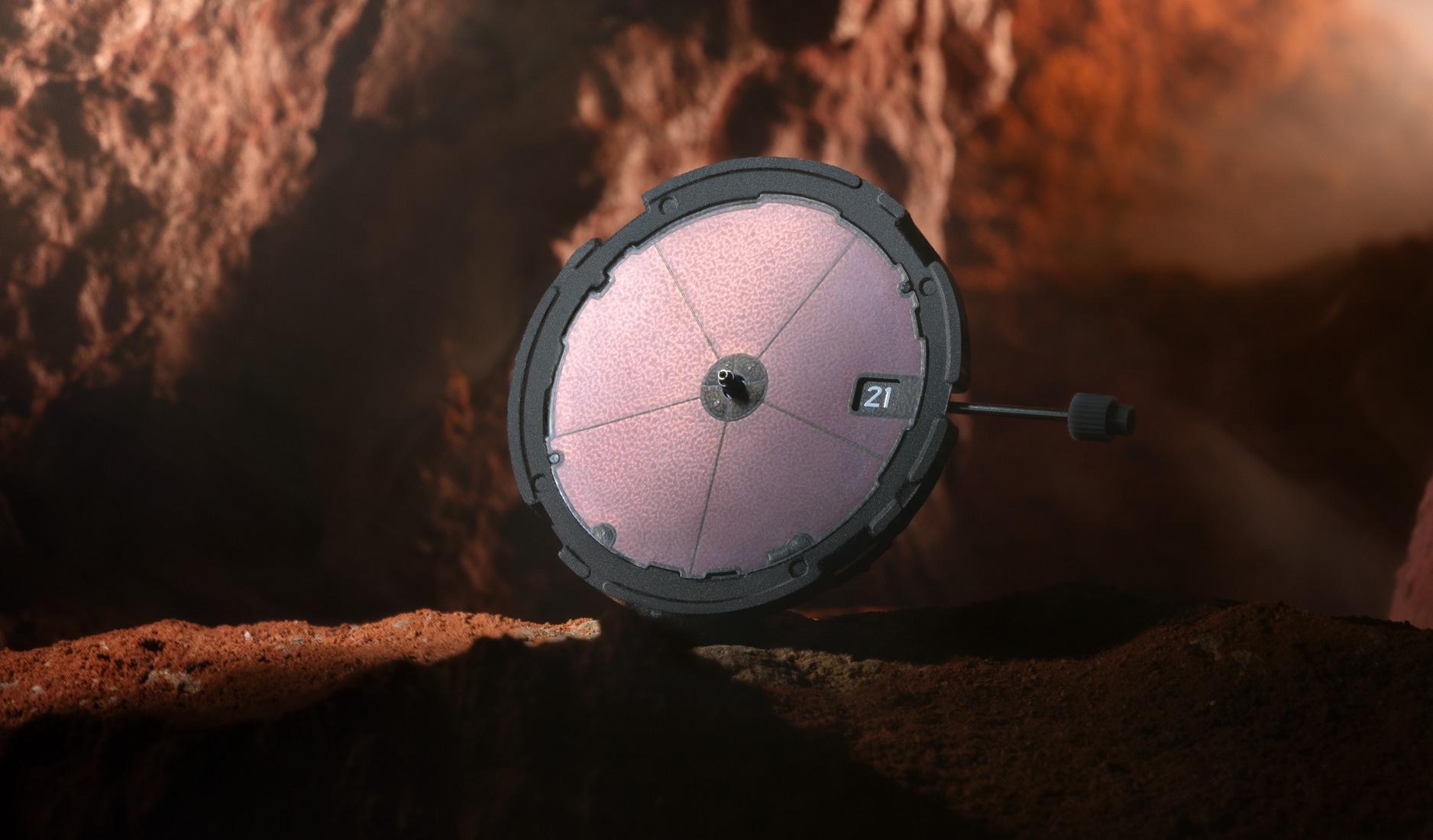 The Aquaracer Professional 200 Solargraph features a battery-less, solar-powered movement called the TH50-00, made exclusively for TAG Heuer by movement manufacturer La Joux-Perret. When entirely depleted, the movement takes only two minutes to charge, under natural or artificial light, for it to run for a full day. When fully charged, the Solargraph movement can run for up to six months. And if you are one who is really mindful about saving the watch’s energy reserves, simply pull out the crown to activate its ‘power saving’ mode that allows it to run for 3.5 years. One is inclined to compare the Calibre TH50-00’s solar powered qualities to Citizen’s Eco-Drive technology, and you wouldn’t be far off the mark - the La Joux-Perret Manufacture was acquired by the Japanese watch titan back in 2012.