Grand Seiko impresses with a thrilling high-complication and trio of sports-inspired creations.

Fresh from releasing a slew of models in January that span the nostalgic to the artisanal, Grand Seiko continues to enthrall its fans with an assortment of energetic creations at Watches And Wonders 2022.

This year’s Grand Seiko highlight has to be the jaw-dropping Kodo Constant-Force Tourbillon, a 20-piece limited edition high-complication that announces Grand Seiko's arrival to the big stage. Fans had a glimpse of this technical tour de force in 2020, when the brand previewed the T0 constant force tourbillon concept movement, which set the bar high for the brand’s first technical complication. The concept movement has since been reworked as the hand-wound calibre 9ST1 that features in the Kodo Constant-Force Tourbillon. 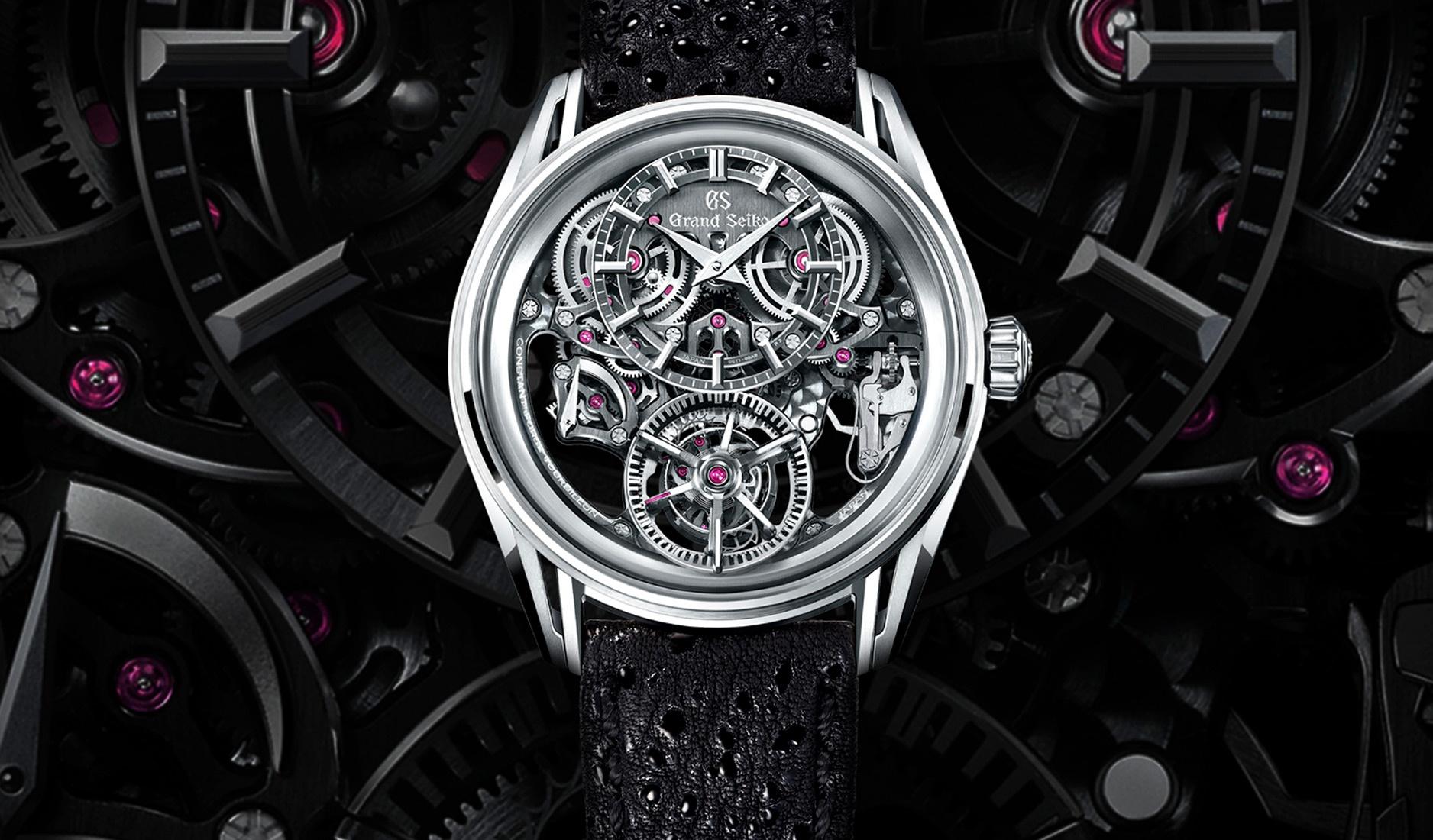 As the name advertises, the Kodo Constant-Force Tourbillon hosts two of the said functions, shown via a mesmerising open-worked dial. Both the constant force and tourbillon are presented as an integrated component at six o’clock that rotates on a single axis: the constant force is housed in an outer cage that rotates at one second intervals (serving as a dead-beat seconds display), and the inner tourbillon cage turning at eight beats a second. Seen together with the two cages rotating at different speeds, with the escapement ticking within, is a visual treat. Housed in a 43.8mm platinum case, the rest of the watch is just as captivating. The inner workings of the 340-part calibre 9ST1 are artfully executed, decorated and presented in their full glory in a skeletonised presentation that befits the movement’s mechanical sophistication.

Inspired by the design blueprint mapped out by the first Grand Seiko model, the 44GS from 1967, the ‘Evolution 9 Style’ is bound by three evolutionary principles concerning aesthetics, legibility and comfort. Within these guiding principles are nine design rules that govern all aspects of the watch’s appearance, including the dimension, shape and silhouette of every single component of the timepiece. For instance, all Evolution 9 models feature design signatures such as a flat dial, double-wide index at 12 o’clock, deep middle grooves on the indices and bracelet that measures at least half the width of the case. At the same time, the watches are finished in a way that expresses a balance between light and shadow, combining the brand’s Zaratsu mirror polish with hairline finishes. 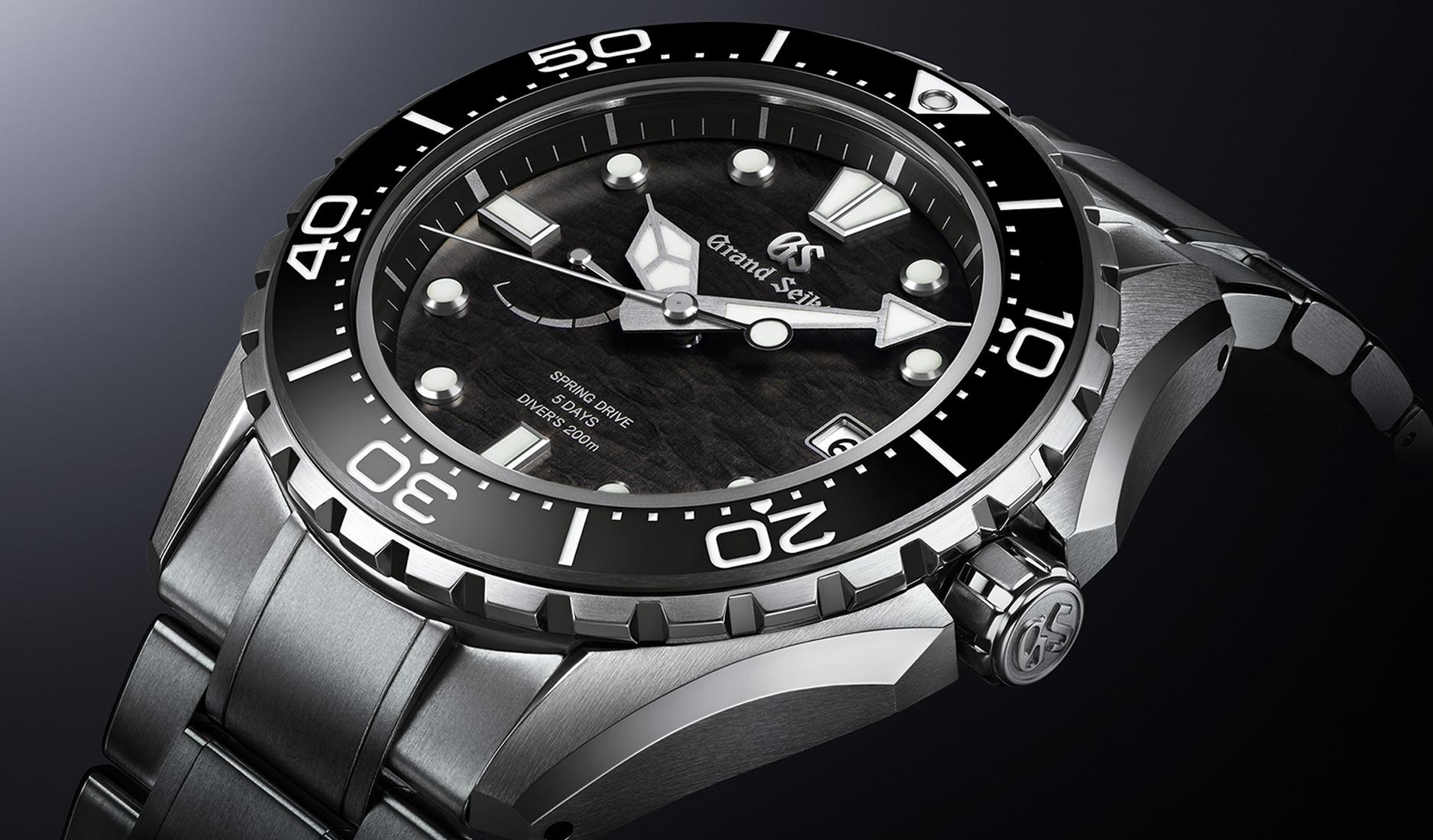 Fans of dive watches will have the least problem picking a favourite with the Spring Drive 5 Days dive watch (SLGA015, above). The 43.8mm powerhouse may be sheathed in the Grand Seiko’s ‘Evolution 9 Style’ refinement, but it is as robust as tool watches come. The watch is water-resistant to 200m, and powered by the brand’s new-generation automatic Calibre 9RA5 with five-day power reserve and +/-0.5/second daily accuracy. 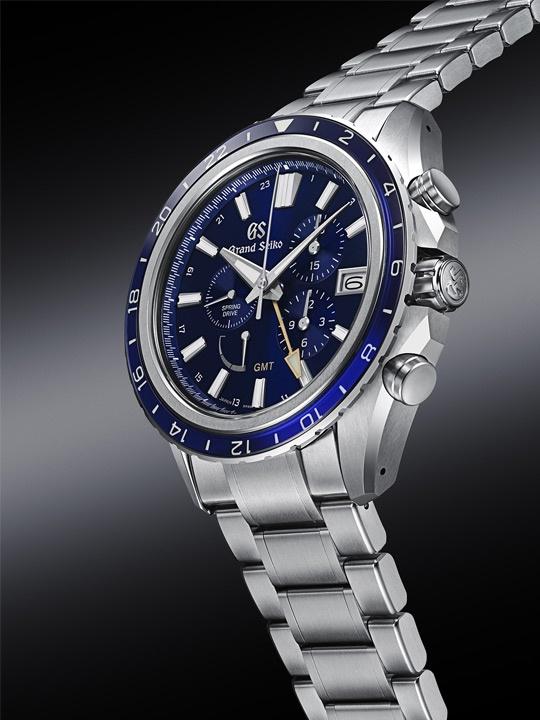 Meantime, Grand Seiko’s proprietary Spring Drive hybrid calibres, which combine the winding features of an automatic movement with the precision of quartz regulators, drive the Chronograph 15th Anniversary Limited Edition (SBGC249) and Spring Drive GMT (SBGE283 and SBGE285). Collectors who are big on technical features and exclusivity will do well to seek out the Chronograph 15th Anniversary Limited Edition (SBGC249, pictured above). Boasting chronograph and GMT functionalities, the watches are housed in 45.3mm cases with blue or black dial, and each model is limited to 700 pieces.

If, like us, you are in the market for a more austere-looking GMT watch, the SBGE283 and SBGE285 have your name on them. Housed in 41mm titanium with 24-hour scale engraved on the bezel, the watches are available with a jet-black dial or, our preferred choice, a white textured dial that evokes “morning mist in winter in the Shinshu region”. 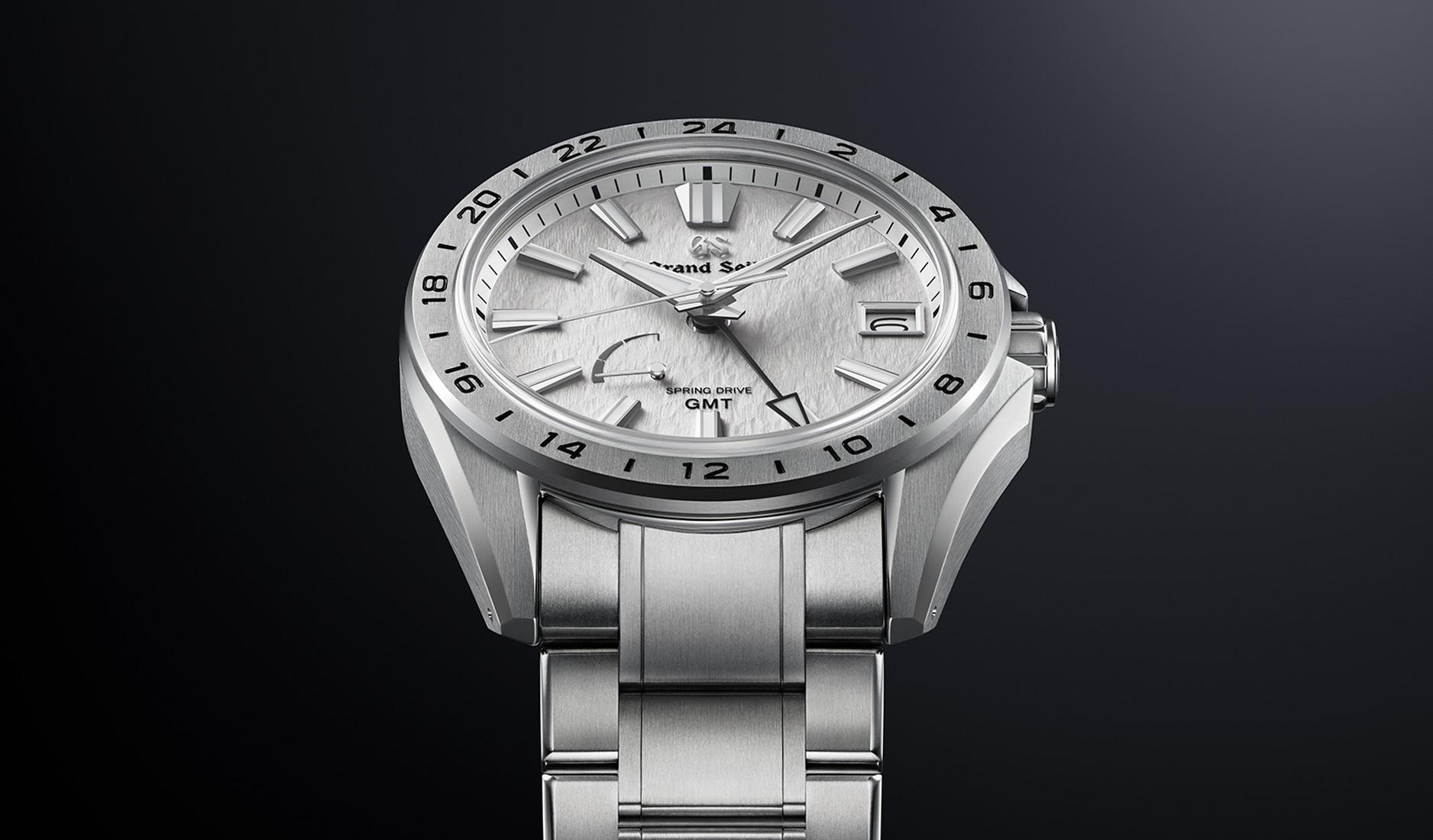