A selection of the most dapper men’s wristwatches from the fair. 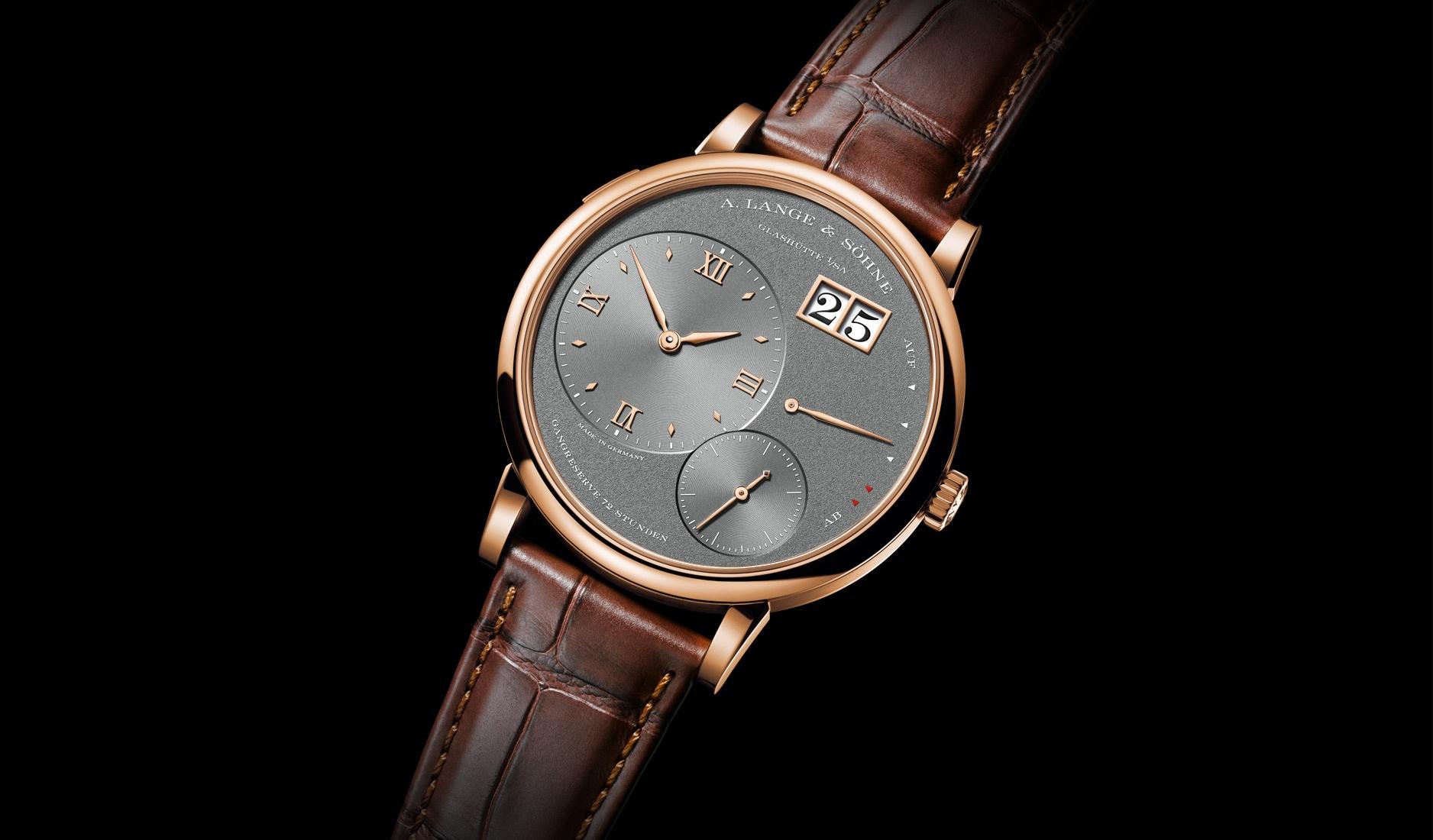 The plus-sized version of A. Lange & Söhne’s most recognisable icon returns this year in swanky colour combinations and a slimmer profile. We think the Grand Lange 1 ranks among the best examples of modern dress watches that combine classically attuned stateliness with contemporary personality, and this year’s iterations nudge the collection higher up the pedestal. Available in white gold or, our preferred pick, pink gold with grey dial, this year’s models will slide under the shirt cuffs with that bit less effort, thanks to its new 8.2mm case height, compared to 8.8mm on previous versions. It might not seem like much, but the folks at Lange assure us that a lot of thought has gone into making the svelte silhouette a reality, from tweaking the architecture of its hand-wound movement to shaving off the height of the dial and pivot stems of the hands – all while ensuring the watch’s performance and aesthetics stay true to its promise. 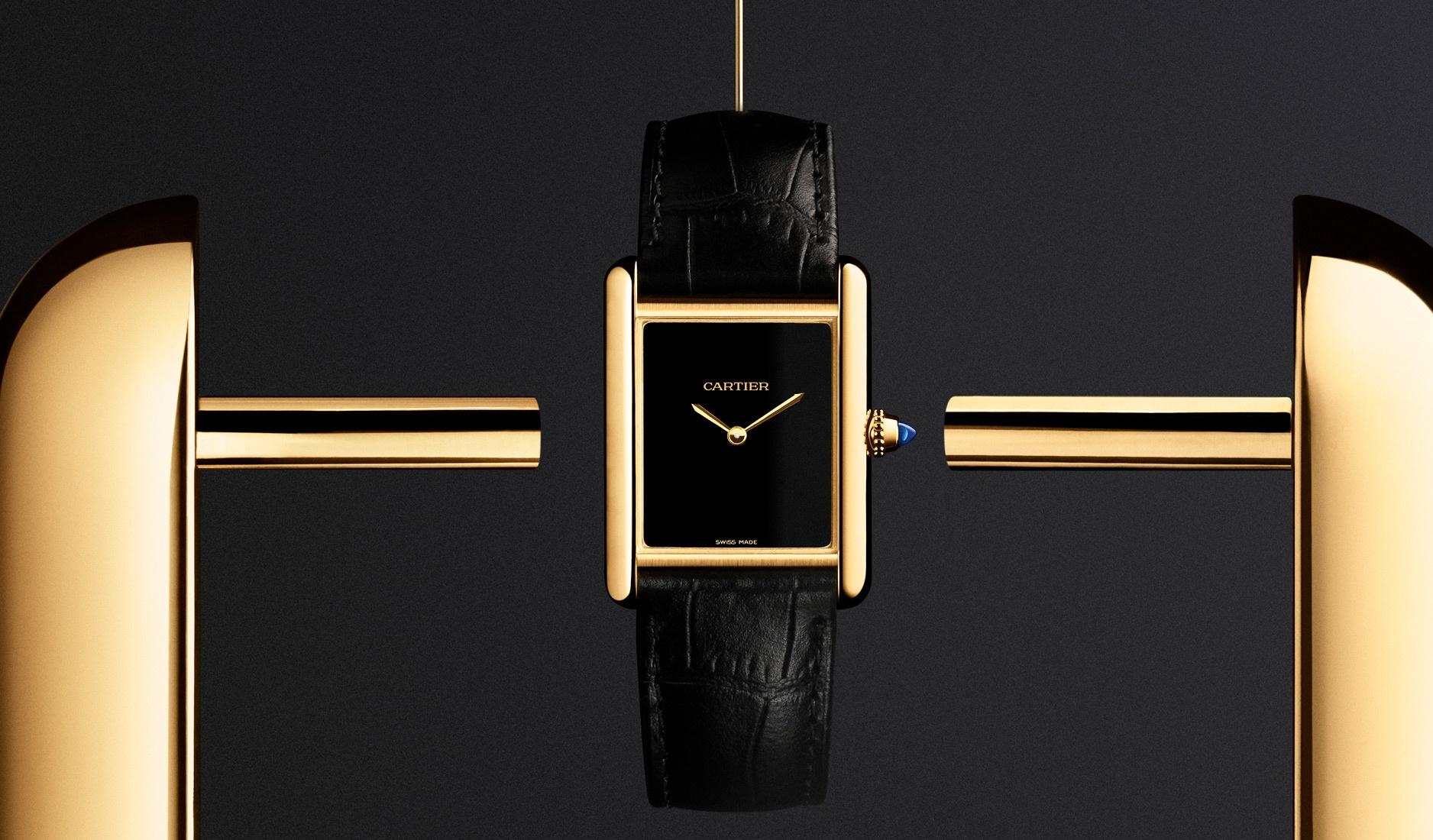 This utterly lovely and striking Tank Louis Cartier truly epitomises the adage ‘beauty in simplicity’. A no-frills dress watch in every sense, there this nothing that you’d want to add or subtract from this timepiece. Framed by the iconic Tank Must silhouette, the watch is a vision of rigorous, aesthetic austerity, such that the tiniest details like the delicate marriage of curves and lines on the parallel brancards, the beaded crown with blue cabochon and polish on the sword-shaped hands are magnified for easy appreciation. The pairing of yellow gold and a stark all-black dial, save for the hands and Cartier logo, adds to the watch’s sobriety that is modish and regal in equal measure. Complemented by a hand-wound movement, this is old-school Cartier chic at its best. 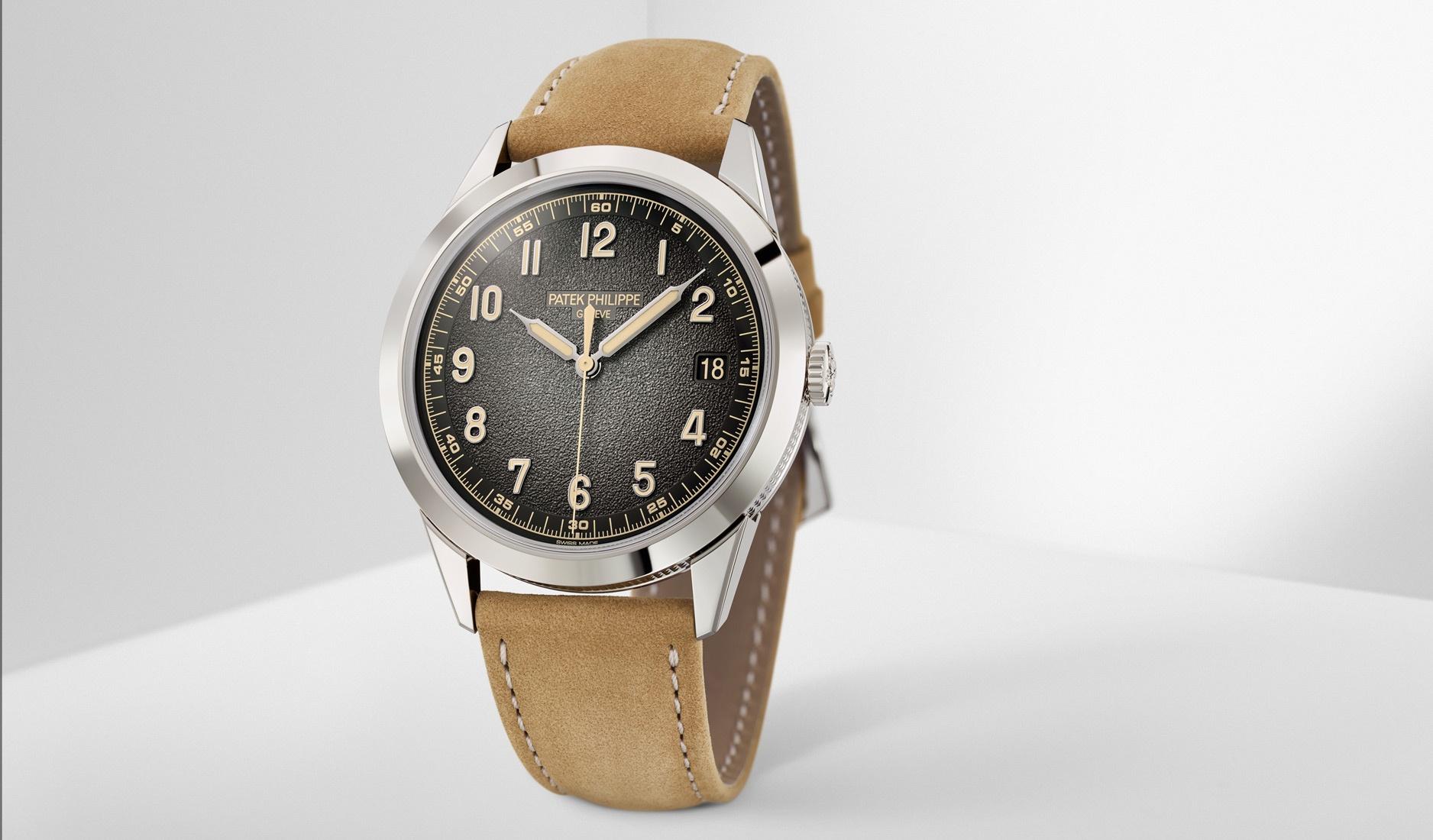 The time-only alternative to Patek Philippe’s technical highlight of 2022, the Calatrava Ref. 5326G Annual Calendar Travel Time, the Calatrava Ref. 5226G is a unique take on the Patek Philippe dress watch that blurs the lines between retro, casual and formal design codes. Certainly, the charcoal grey textured dial commands your attention, its grainy surface recalling that of antique camera cases. Paired with stylised Arabic numerals with beige luminescent coating and a minute track circling the circumference, the dial intrigues with its retro, casual design. Meantime, the polished 40mm white gold case is all classic Patek – its round and streamlined profile a distinctive Calatrava look since 1932, complemented by guillochéd Clous de Paris decoration on the sides. Shorn of the technical expressions of the Ref. 5326G Annual Calendar Travel Time, the Ref. 5226G shines the spotlight instead on its wealth of fastidious decorations and impeccable finishing – and is entirely in a class of its own. 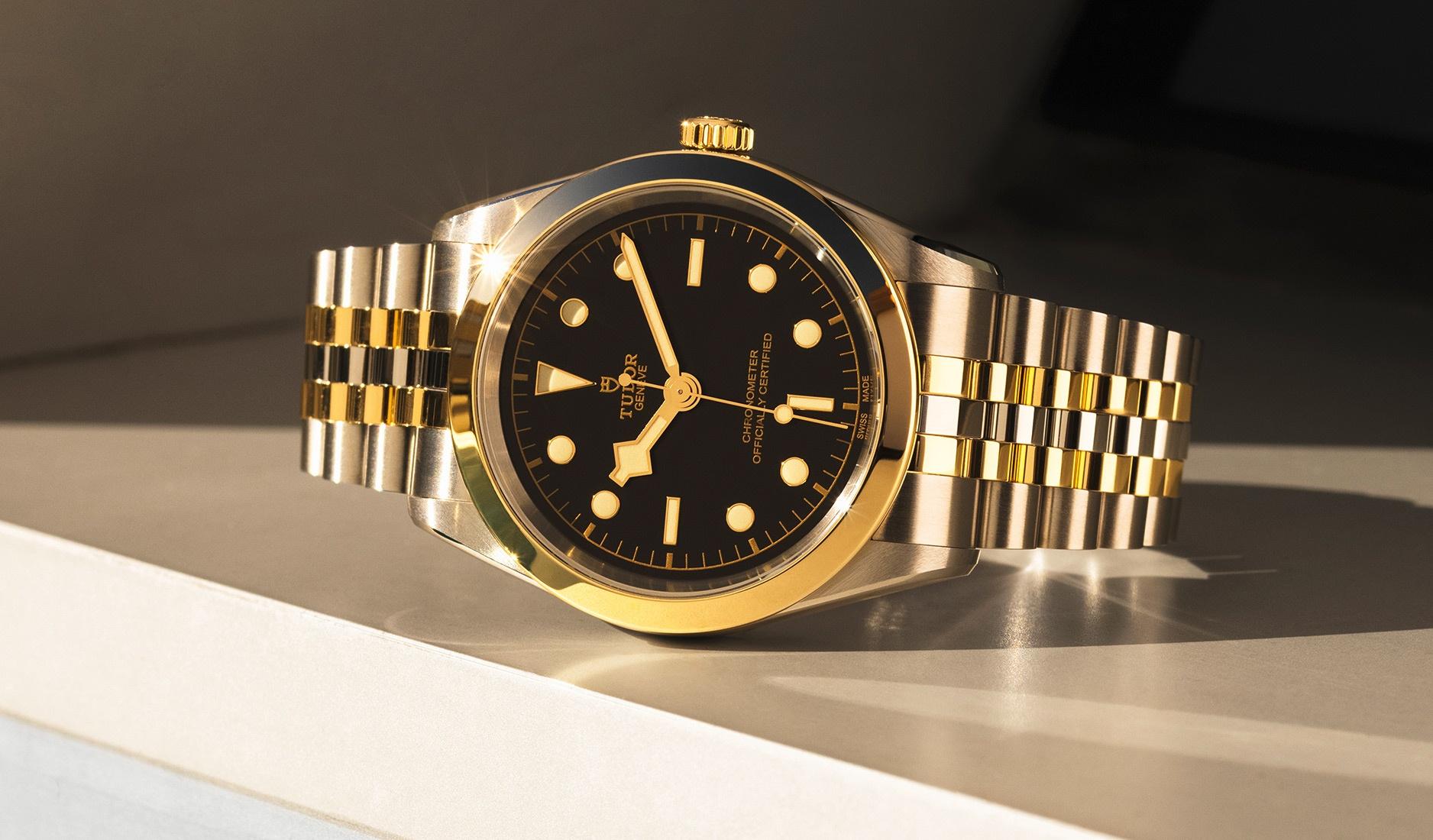 The Tudor Black Bay collection is so expansive, that the name ‘Black Bay’ evokes more of a spirit and sensibility, rather than the prohibitive category of sports dive watches that it originated from. Case in point, recent Black Bay models encased in materials like gold and ceramic, as well as an assortment of multi-sized dress watches introduced last year. This year, Tudor follows up with more of these dress watch-inspired Black Bay models clad in steel and gold, a combination that always works if you want to flick on the ‘boss mode’ switch with your wrist choices. There are a variety of Tudor Black Bay S&G options in 31mm, 36mm, 39mm and 41mm cases, all fitted with Tudor’s in-house automatic movements with choice of silver, black or patterned dials, as well as gem-set options. Our pick would be the simple – but still striking – models with black dials that not only complement the bi-metal construction but allow the Black Bay’s signature features like the bold indices and ‘Snowflake’ hands to shine. 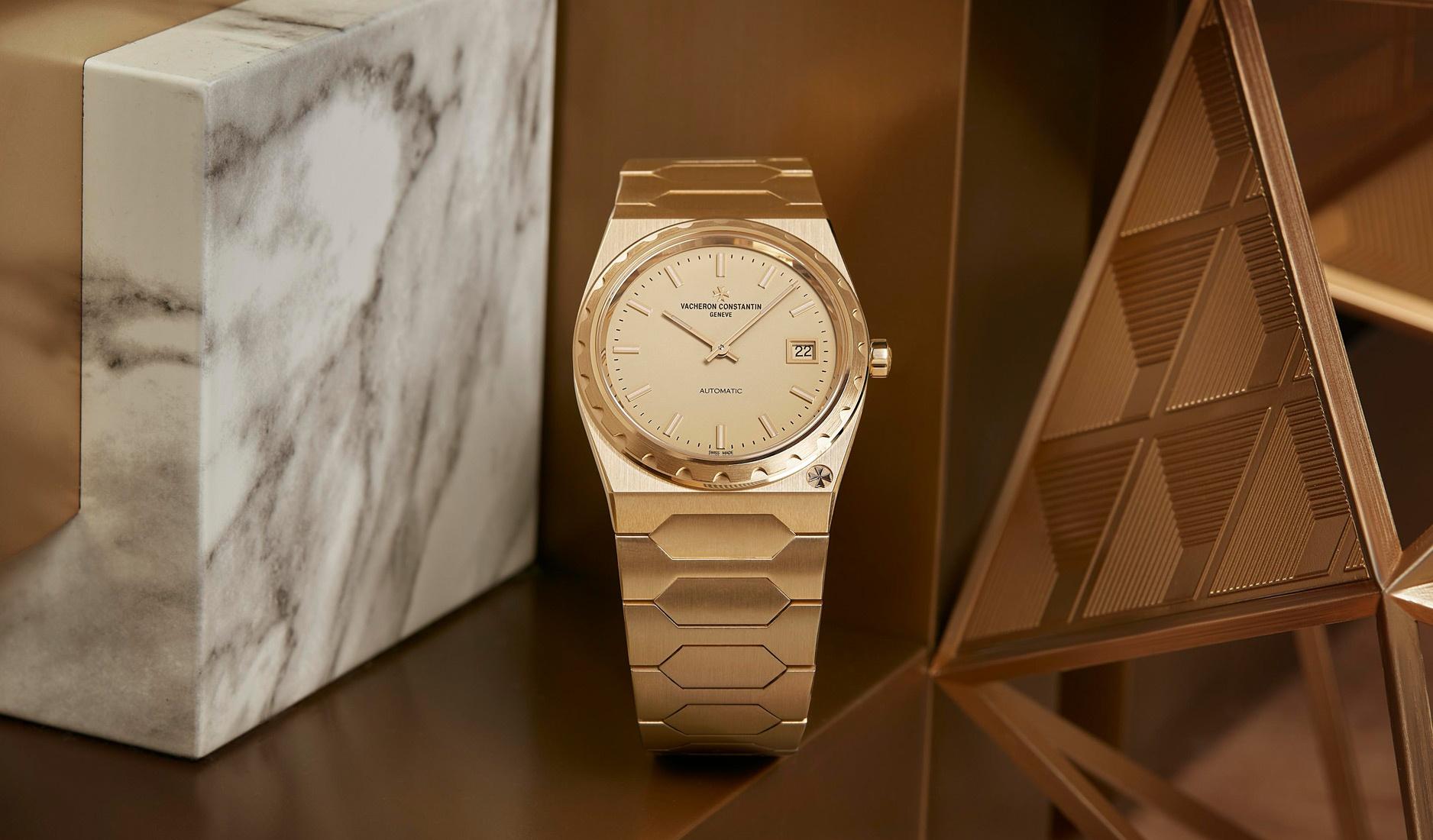 For those who have been touched by it, ‘222’ is no ordinary number. As much a symbol of a shifting of times as it is a legendary timepiece, the Vacheron Constantin Ref. 222, created in 1977 on the occasion of the Manufacture’s 222th anniversary and considered a sports-chic icon alongside the likes of Patek Philippe’s Nautilus and Audemars Piguet’s Royal Oak, is still spoken of with reverence among vintage watch aficionados. This year, Vacheron Constantin issues a re-edition of the watch – specifically, the Reference 44018 - for its Historiques collection. A loyal and loving take on the original, the new Historiques 222 in yellow gold case throws up a wealth of details that recall the Reference 44018, such as the 37mm case, unique bracelet links, and hands that take on a green-tinted hue in the dark, in reference to the tritium used on the original 222. At the same time, the Historiques 222 isn’t just a direct copy; the watch is enhanced with a variety of sophisticated finishes on every surface, and is driven by a modern in-house automatic movement, the Calibre 2455/2.