A primer to the hottest new Cartier watches.

There is never a dull moment at a Cartier watch reveal, given the sheer number and spectrum of timepieces that the Maison is known to introduce at annual showcases. From jaw-dropping high jewellery creations to sublime revivals from the Cartier Privé range, being pampered for choice is the order of the day. Even so, there is always that one show-stopper that commands the stage most, and in 2021, it is the indelible Cartier Tank that leads the line.

Loved for its unmistakable rectangular silhouette that’s modelled after an actual British Army tank from World War I, the Cartier Tank was launched in 1917 and was soon established as a mainstay in Cartier’s watch collection, spawning various interpretations over the decades while always retaining its distinctive economy of form, angular elegance and subtle stateliness. 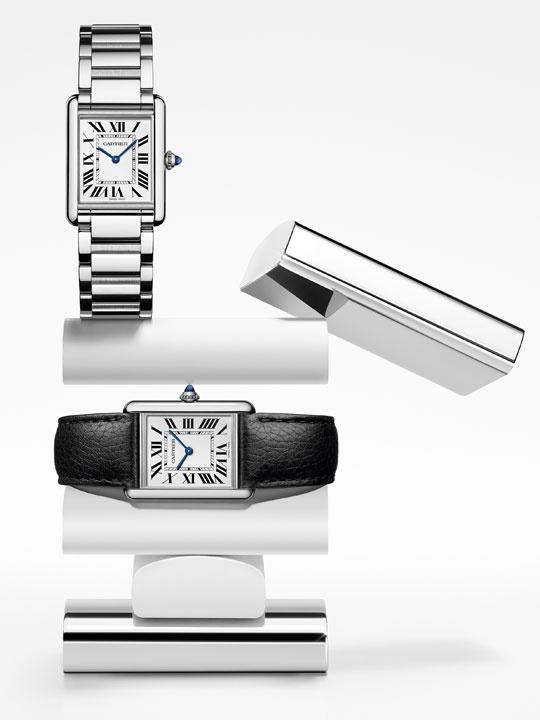 For 2021, the Cartier Tank remerges as the Tank Must with small tweaks to its case, bearing thinner frames, more rounded brancards and a new interchangeable bracelet system. More pertinently, the Tank has undergone a democratisation process – for its main range in stainless steel, at least. Available in three sizes – two with quartz movements and one featuring automatic movement with date, these options that start from S$3,550 are designed to cast the net wide, making owning a Cartier Tank fiscally much less prohibitive. 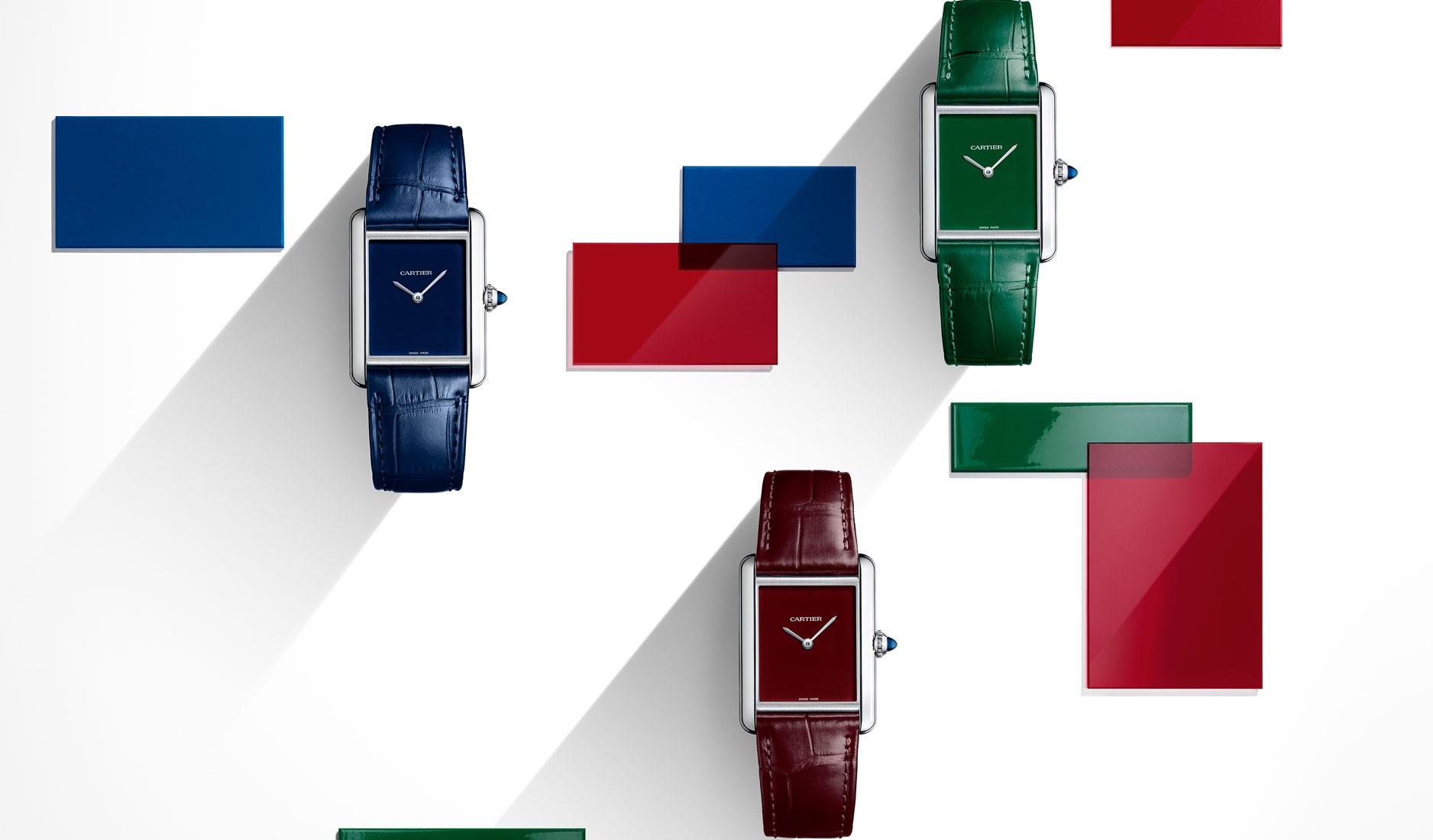 The watches that really caught our eye were the ones with new dial animations in a selection of limited production models reminiscent of the coloured Tank Must de Cartier watches from 1977. There are five references to choose from: three Tank Must quartz models in steel flaunting blue, red and green lacquered dials (above), and two Tank Louis Cartier models with hand-wound movements in yellow and pink gold with dials sporting a red or blue frame motif, respectively. Refined, retro and classy with a sartorial twist, the Tank Must selection with new dial animations makes fine collectibles for Cartier watch aficionados. 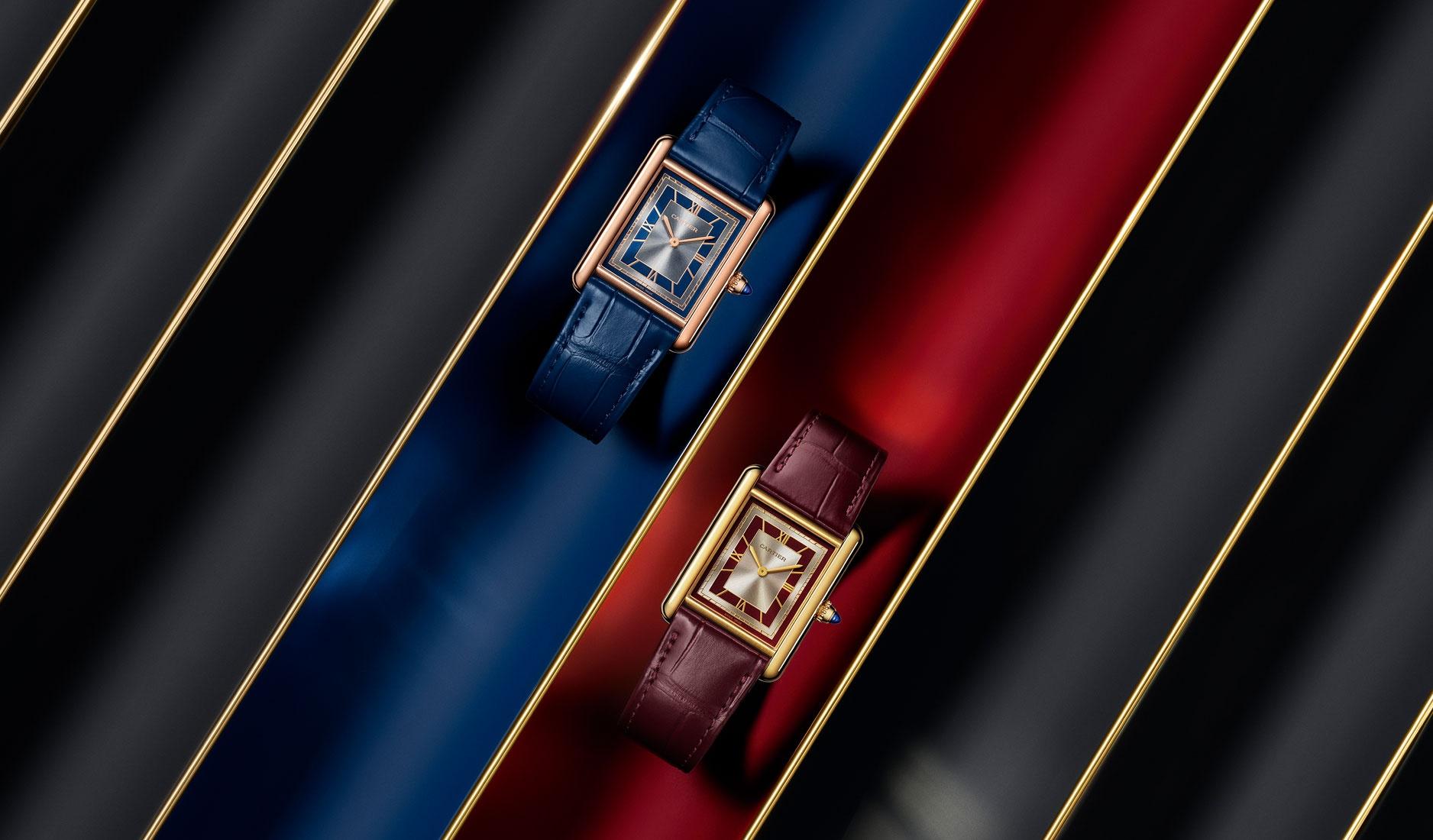 Away from the Tank – and a lip-smacking selection of new models from the Santos, Pasha and Ballon Blanc collections – the Cartier Privé is also not to be missed. The thematic capsule collection, which started in 2015 and features modern interpretations of Cartier’s shaped watches, turns its attention to the ‘Cloche’ (below) in 2021. The bell (or ‘D’) shaped Cloche first appeared in the 1920s as Cartier’s special-order timepieces. The unusual profile, revived in six limited edition variants in platinum, pink gold and yellow gold, with skeleton dial and gem-set options, marks another win for Cartier as the Maison, once again, demonstrates the strength of its archives and depth of creativity. 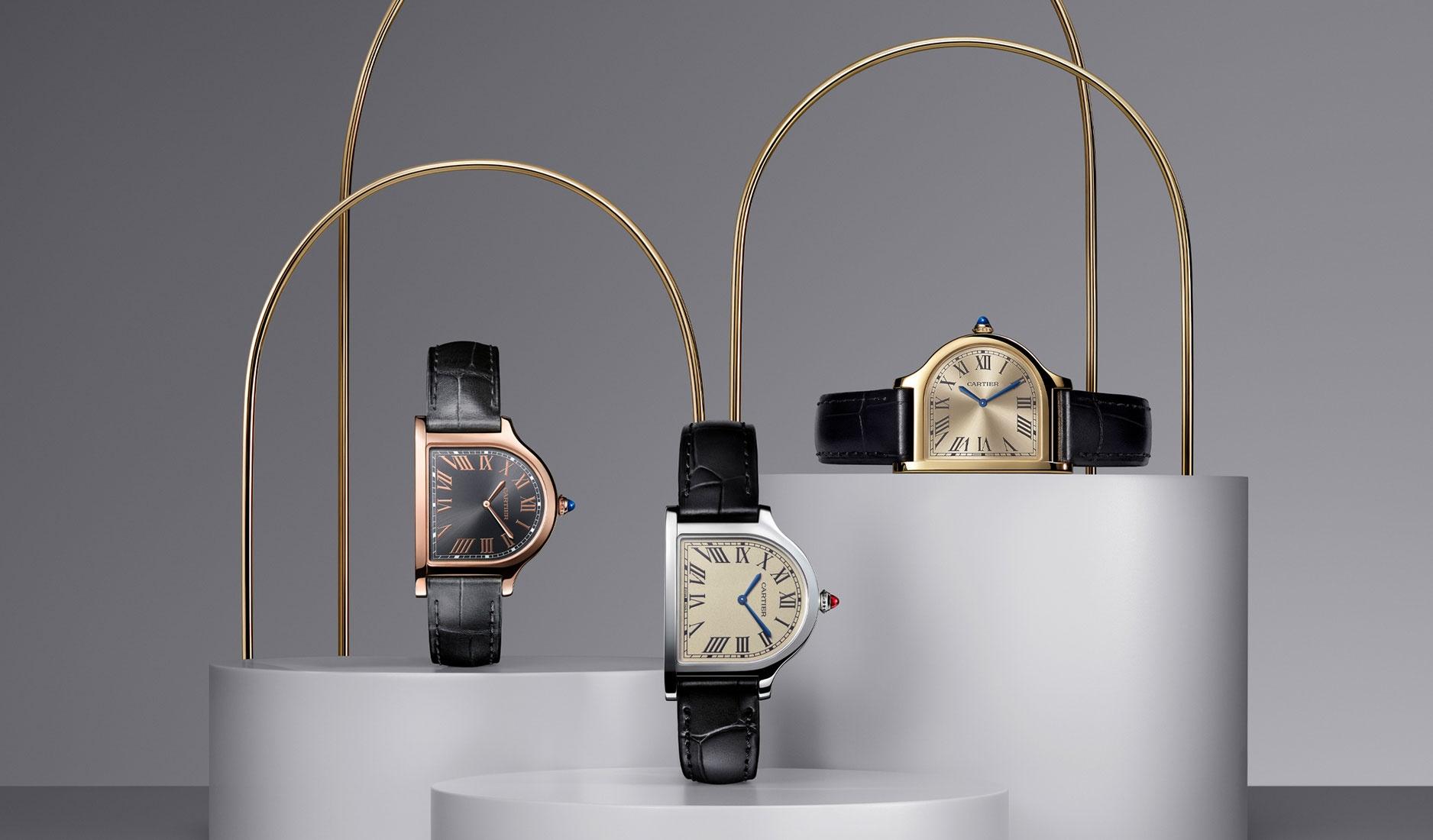