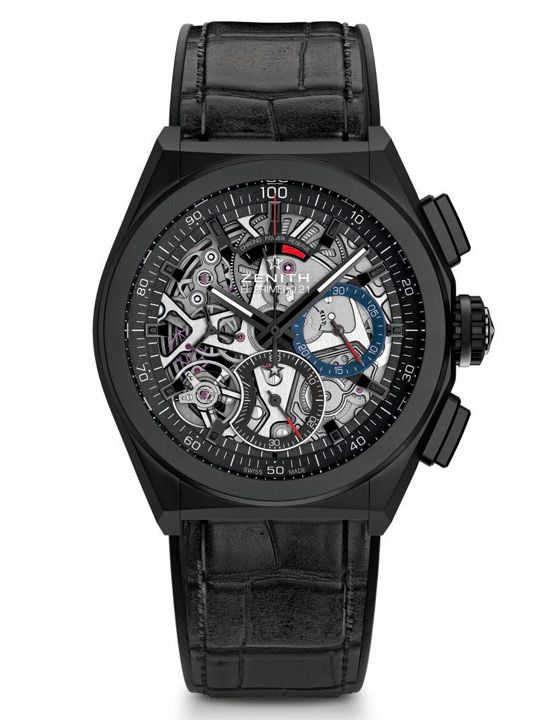 Chronograph lovers who know what’s what will certainly have heard of Zenith’s legendary El Primero chronograph. Birthed in 1969 and still as untouchable today, the El Primero is the only world’s first high frequency, integrated automatic chronograph movement.

The original El Primero 3019 movement (below) took seven years to develop and arrived fully formed. It was a beast with a hard-pumping heart; boasting an escapement that beats at 36,000 vibrations per hour, 50-hour power reserve, column wheel control for smooth activation of the chronograph control, and ability to measure time precise to 1/10th of a second. Little wonder that the movement has rarely, if at all, been upstaged by rival brands.

But all that’s about to change though. The El Primero’s 44-year-old stranglehold as the top dog in the world of high-frequency chronographs is about to be relinquished… to what else, but a next-gen El Primero automatic chronograph movement.

Meeting the Zenith Defy El Primero 21, powered by the new El Primero 9004 movement, was a real treat. We had our hands on the version in ceramicised aluminium case – a sleek and sporty black beauty that feels extremely light on the wrist. (There are also options in titanium cases, with or without skeletonised dials.)

On first impression, the watch looks like everything you’d expect from a high-tech chronograph – in our case, the matte raven cloak framing an open dial that flaunts the intricate movement in its full glory. But it is when one activates the chronograph start pusher that he gets a sense of how powerful and precise the movement is. The central chronograph seconds hand sweeps at an incredible speed – 100 steps in a second – and when you stop it, the read-off tells you the time accurate to 1/100th of a second. 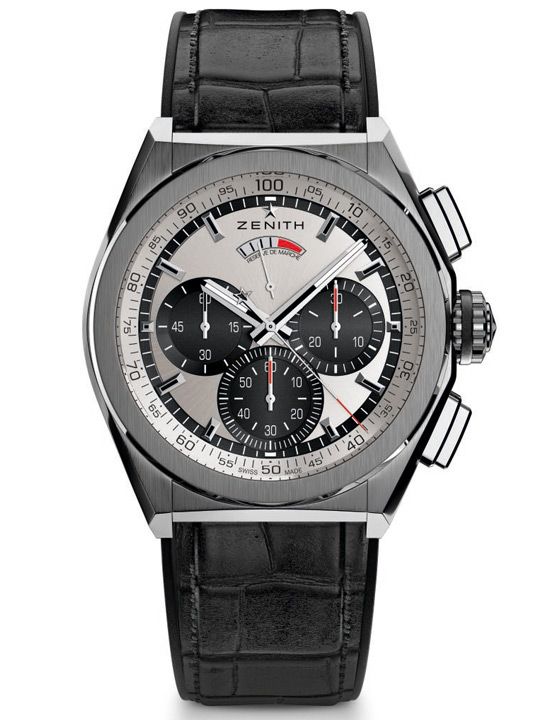 This technical feat is possible because the El Primero 9004 movement comes with two engines. By that, we mean there are two sets of escapements and mainsprings – one for normal time-telling, which beats at 36,000 vph and boasts 50 hours of power reserve; and another for the ultra-high speed chronograph, which beats at 360,000 vph with its own 50-minute power reserve tank. Another important component that makes this work is the hairsprings, which are made of a patented alloy called – get this – carbon-matrix carbon nanotube composite – which is purportedly robust, ultralight and resistant to magnetism. 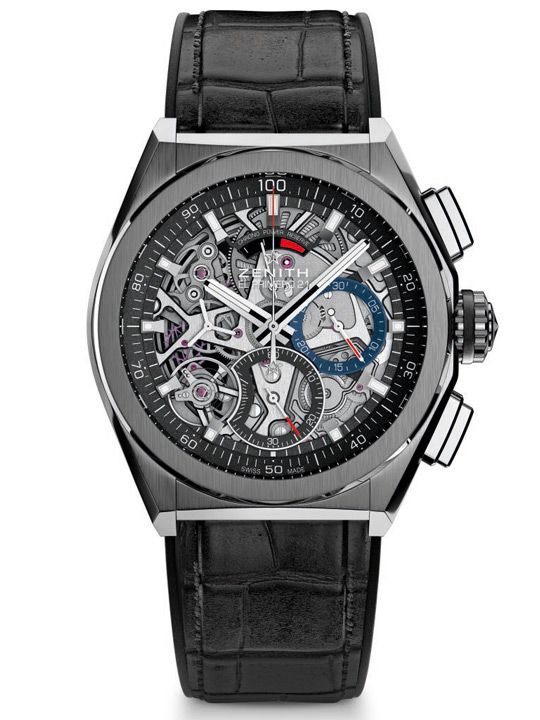 The Zenith Defy El Primero 21 is said to be the first in a new series of timepieces with the ‘Defy’ prefix. As the name suggests, it looks to shake up traditional watchmaking and, in turn, how watch lovers view Zenith which, despite its pioneering stature and impressive repertoire, ought to be more well-recognised than it is today.