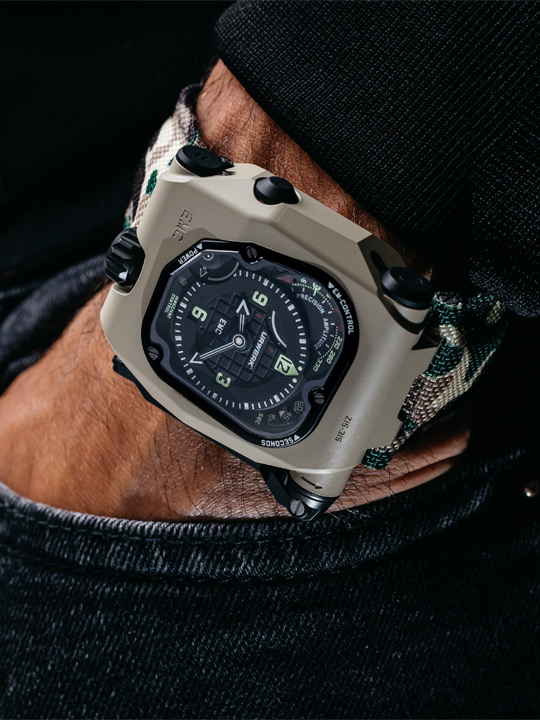 Urwerk again demonstrates its unique blend of mechanical virtuosity and visual drama with the new EMC Time Hunter, reviving a tech geek’s favourite from 2013 by literally giving the watch a fresh coat of swag.

Nicknamed ‘Desert Sage’, the latest version of the EMC Time Hunter is sheathed in matte beige to evoke the colour of vast, arid sandscapes. The shade is achieved with a coat of ceramic-type lacquer on the steel case, which not only offers protection but provides contrast against the watch’s black crown, porthole-like time display, and crank winding arm for powering the movement’s electronic module (more on that later).

Coupled with the case’s tank-like profile and a camouflage-pattern fabric strap, the EMC Time Hunter could easily pass off as a Nigo-type creation favoured by wealthy millennials. But make no mistake. Beneath the new EMC Time Hunter’s hip, military-esque cloak is a work of extraordinary technical accomplishment.

As ground-breaking today as it was during the launch of its first iteration, the EMC, in 2013, the EMC Time Hunter, which was introduced in 2016, is in a class of its own. It is the world’s only watch that allows the user to personally monitor and adjust the movement’s precision and amplitude for optimum chronometric performance. 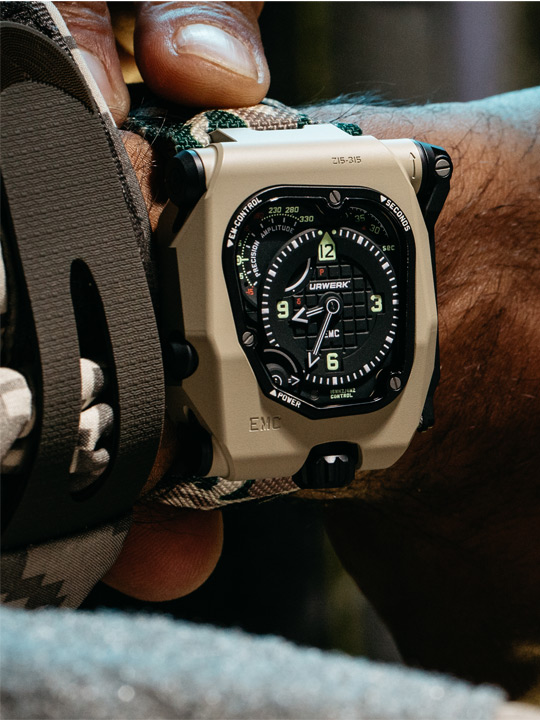 The sub-dial at the top left of the watch, which indicates the movement’s precision and amplitude is a window to the EMC Time Hunter’s technical genius. It tells the wearer how many seconds the watch gains or loses in a day (+/-15 seconds is acceptable), as well as the performance of the movement’s balance (amplitude between 220° and 280° for maximum efficiency). Upon determining the results, the user can simply adjust the watch’s precision via a screw on the caseback. As for amplitude, if the reading falls short, then the watch ought to be sent in for servicing.

The EMC Time Hunter’s unique monitoring and hands-on adjustment system is made possible by an in-house hybrid movement. Urwerk’s Calibre UR-EMC2 is wired with an ‘electronic brain’, an integrated quartz circuit board with an optical sensor connected to the mechanical balance system to measure the rate of the balance’s oscillation. Modelled after a desktop electronic measuring instrument called Witschi, commonly used by watchmakers to regulate movements, the EMC’s ‘electronic brain’ oscillates at 16,000,000 Hz as a baseline comparison to the Time Hunter’s 4Hz movement, thus providing highly accurate readings. 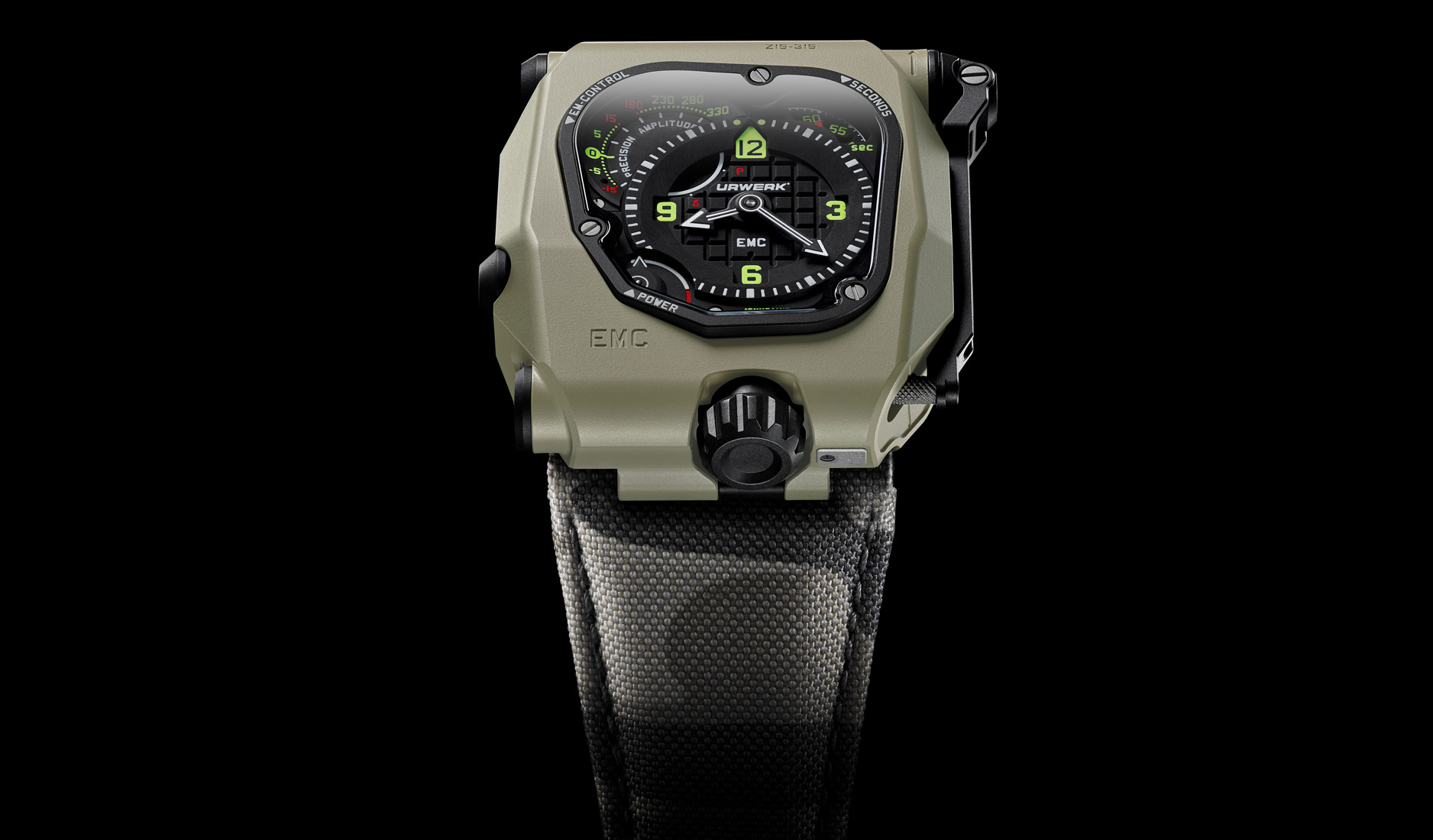 You are not alone in thinking that the EMC Time Hunter is the work of a madcap watchmaker. Yet, though complex in conception and construction, the watch is also easy to decipher. Like any Urwerk creation, the EMC Time Hunter is beautifully depicted as a sci-fi-inspired sculpture for the wrist, which allows its technical brilliance to thrill and be appreciated in equal measure.