A new , throwback-inspired Tudor Pelagos for both land and sea. 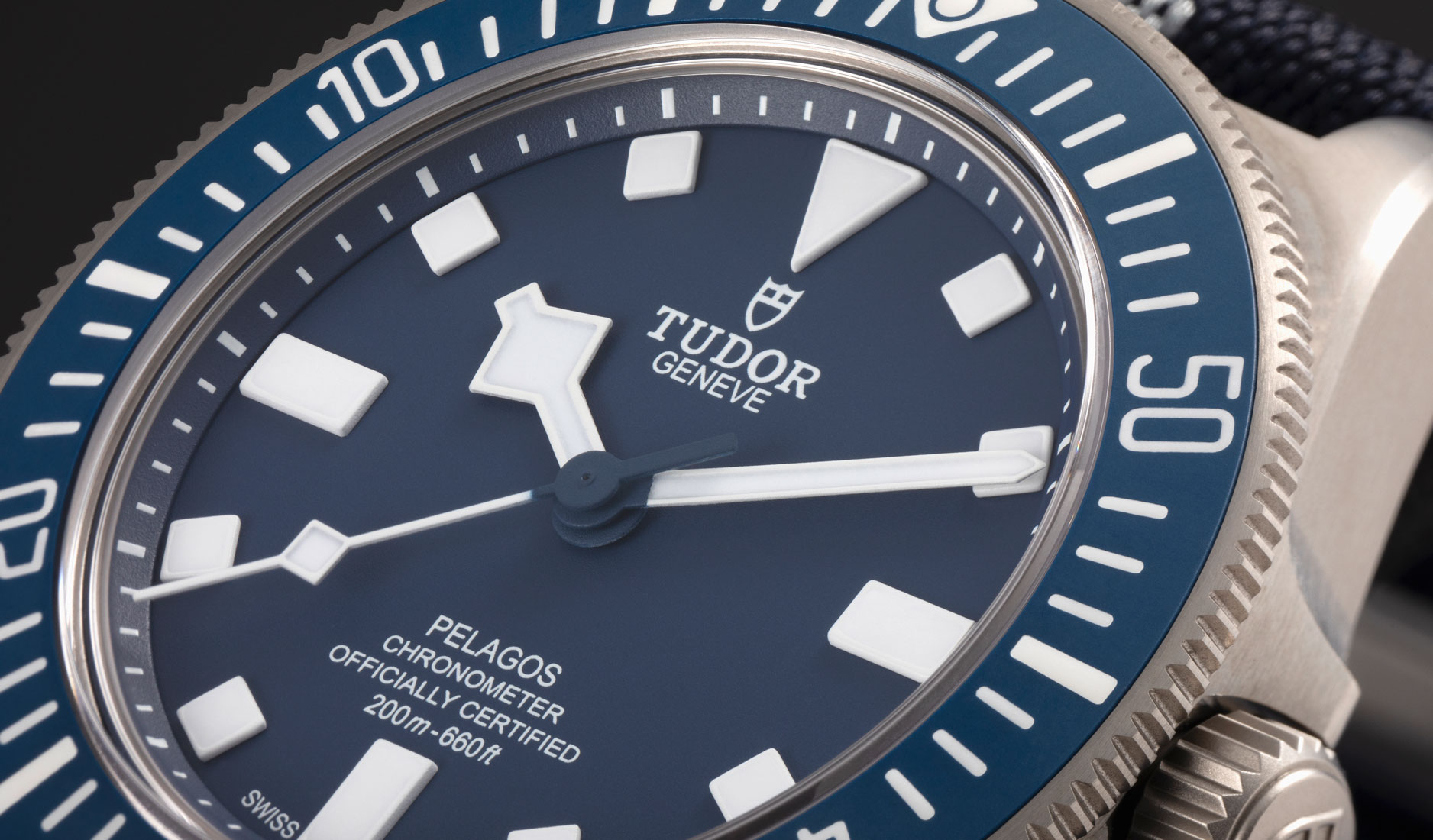 Ever met that diving enthusiast who insists on informing you real divers (even recreational ones) only wear dive computers? He (or she, we don’t stereotype) is also probably the same person who rocks a huge Garmin at that fancy formal dinner (nothing wrong with that, you do you).

But we’d like to offer an interesting proposition to dive computer dude (again, not stereotyping, just for argument’s sake). What if you could have a powerful, reliable, comfortable dive watch that worked superbly underwater, yet will fit in seamlessly with your dinner shirt?

See, there are dive watches, and then there is the Tudor Pelagos. Unveiled in 2012, the Pelagos is Tudor’s ultimate dive companion. With hardcore specs, including waterproofness of up to 500m for some models, it’s the tool watch with serious chops. The jury at the Grand Prix d’Horlogerie de Genevè—watchmaking’s most prestigious stage—certainly thought so too, honouring the Pelagos with the ‘Sports Watch’ prize in 2015.

We last saw a variation to this dive collection in 2016 with the Pelagos LHD—that’s ‘left hand drive’ for the uninitiated—and this year, the brand has dropped the new Pelagos FXD. Yes, again with the acronyms. Here, ‘FXD’ stands for ‘fixed’, a reference to the strap bars which are machined to the monobloc case. 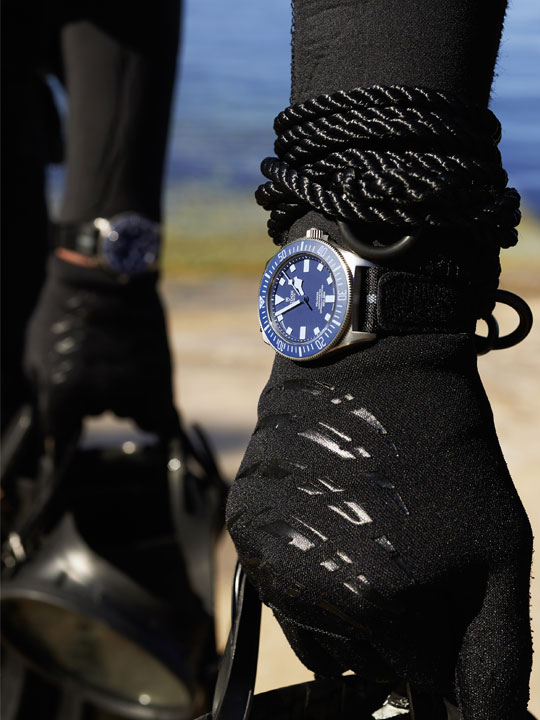 As you may already know, Tudor supplied the French Navy (or Marine Nationale) with dive watches from the 1950s to the 1980s. With the Pelagos FXD, Tudor resurrects that partnership and offers non-combat divers like you and I the opportunity to strap on a timepiece developed in collaboration with Commando Hubert, the distinguished French naval combat swimmers unit.

Fashioned from a single block of titanium, the 42mm case featured fixed strap bars, as mentioned earlier, and a caseback engraved with the Marine Nationale logo, as well as the initials, ‘M.N.21’, a nod to the original engravings on the models from the 1970s and 1980s. The number references the year the watch is delivered, so if you get it next year, your caseback will read ‘M.N.22’. To fit the fixed bars on the case, the watch comes with a navy-blue one-piece fabric strap that has a “self-gripping fastening system” (think Velcro) and a grey stripe through the middle, courtesy of world-renowned fabric manufacturer, Julien Faure. There’s also an additional one-piece rubber strap embossed with a fabric motif—the first time Tudor has made a rubber strap so thin and light. 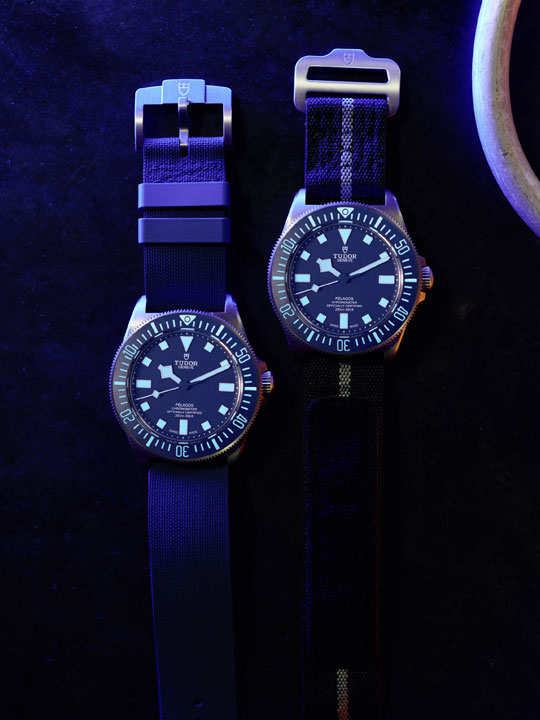 Since the Pelagos FXD was made to the specifications of the Marine Nationale, it’s not ISO-certified. The rotating bezel on this watch, for instance, turns both ways, which doesn't conform to ISO dive watch standards. However, as we were told, this feature was made in accordance with the needs of the combat swimmers, whose jobs require underwater navigation. This means they have to swim to specific locations underwater without coming up for air and guided only by a magnetic compass and their Pelagos, which times each dive precisely and requires the bezel to be turned both directions for convenience. The large 120-notch titanium bezel with ceramic insert and Super-LumiNova is built to be easily manoeuvred even with thickly gloved hands. On the matte blue dial, you’ll find Tudor signatures like the snowflake hands and applied hour markers filled with Super-LumiNova. Like the rest of the Pelagos family, the hour markers on the Pelagos FXD are angular, rather than round like the Black Bay models. Inside, the COSC-certified in-house Calibre MT5602 with silicon balance spring provides 70 hours of power reserve, and is also used in some Black Bay models. 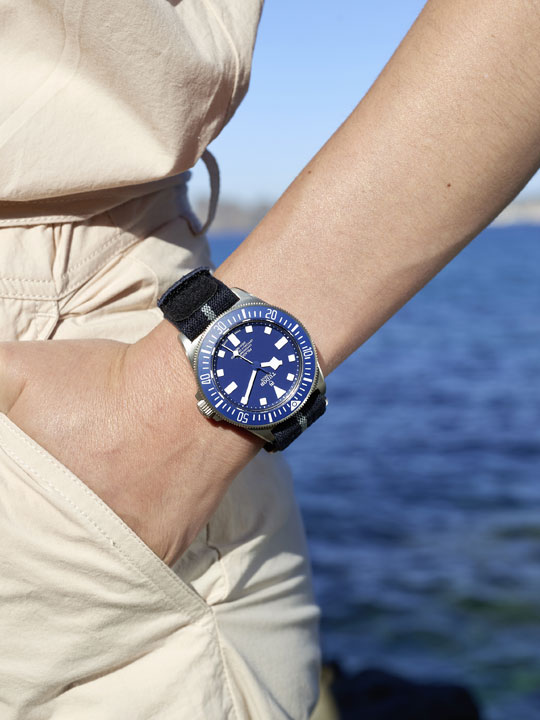 Aesthetically, the Pelagos FXD is a handsome watch. It’s the right shade of blue (not as rich as the first Pelagos, but a little more vibrant than the Black Bay Fifty-Eight Navy Blue), easy to wear on the wrist, even at 42mm, and exudes a ruggedness matched with an equal dose of let’s-get-down-to-business. At $5,370, it offers very decent value, for an ultra-versatile timepiece. It’s not a dive computer but then again, you don’t really need one, do you? 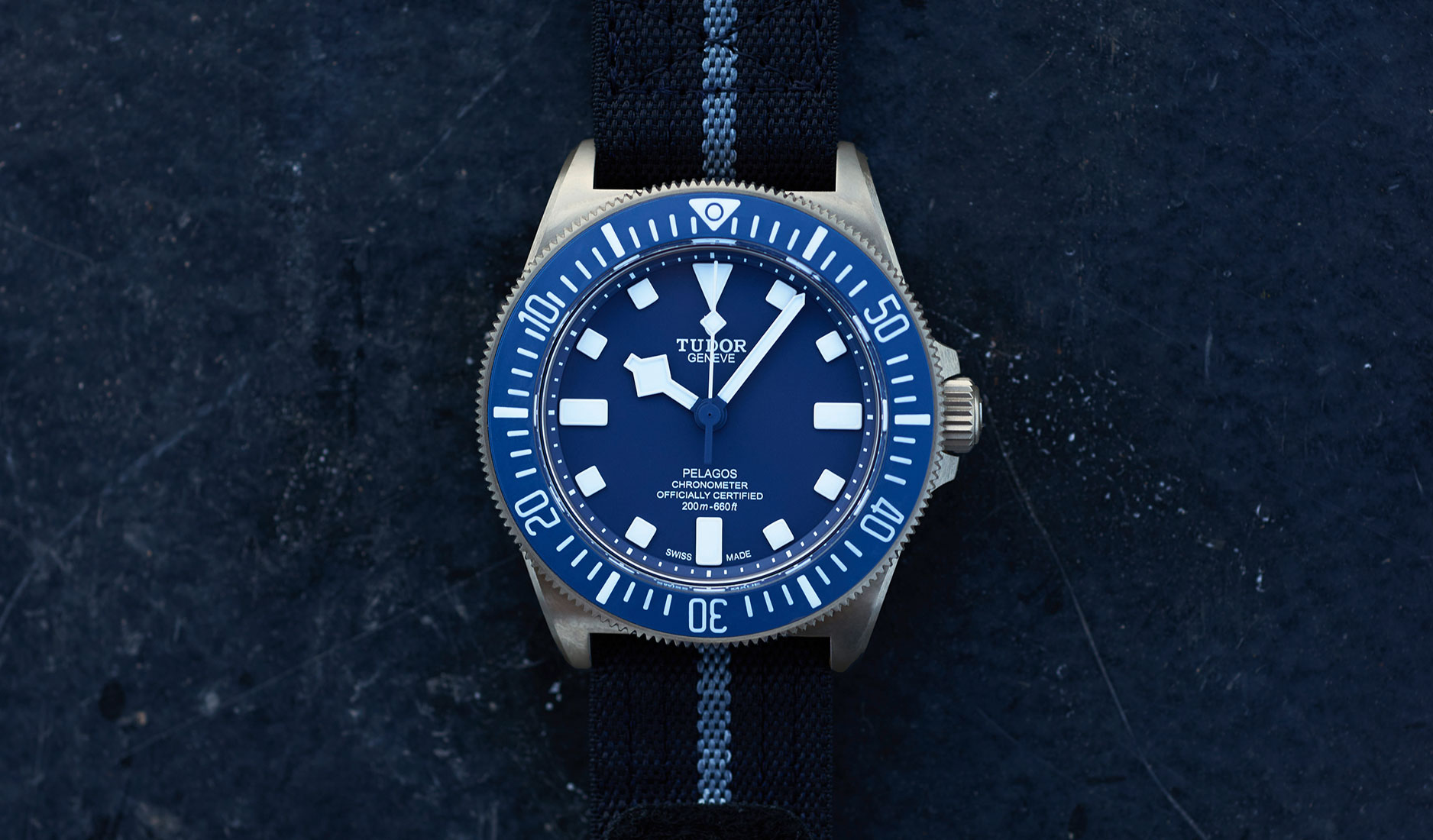