A Tudor Black Bay for the ladies? Look no further.

Like Miu Miu to Prada or DKNY to Donna Karan, Tudor has long been considered Rolex’s younger diffusion line. Until 2007 that is, when the brand embarked on its relaunch (which eventually spanned a number of years). In the next few years, they unveiled the Heritage collection with pieces referenced from the archives. From this collection, the Black Bay, in particular, has performed exceedingly well.

Proving they have serious watchmaking chops, Tudor premiered its own in-house movement in 2015 with the North Flag collection. But if you think this has sent its prices Rolex-wards, they’re actually kept within reach of most CBD execs at an average of S$5,000 each. 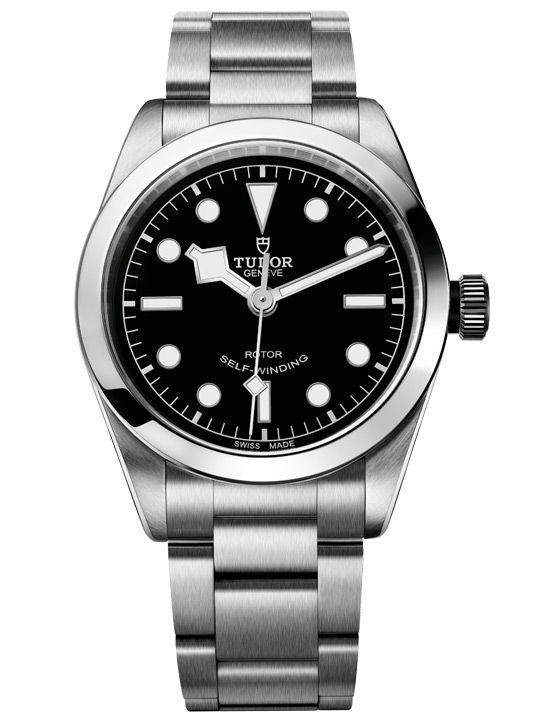 This year, the Heritage Black Bay collection comprises four models—Black Bay, Black Bay Bronze, Black Bay Dark, and Black Bay 36 (above). Of the four, the Black Bay 36 is the only one which doesn’t use an in-house movement. Instead, it’s powered by the self-winding Tudor calibre 2824 based on the reliable ETA movement 2824.

Like the others in the collection, the Black Bay 36 features a dial inspired by retro Tudor divers’ watches from the 1950s. The collection’s characteristic snowflake hands and a fixed steel bezel complete the look. With a 36mm case, the watch is an ideal option for ladies who like to rock a sporty look, although it must be said that the Black Bay 36mm is also well-suited for men with slimmer wrists. 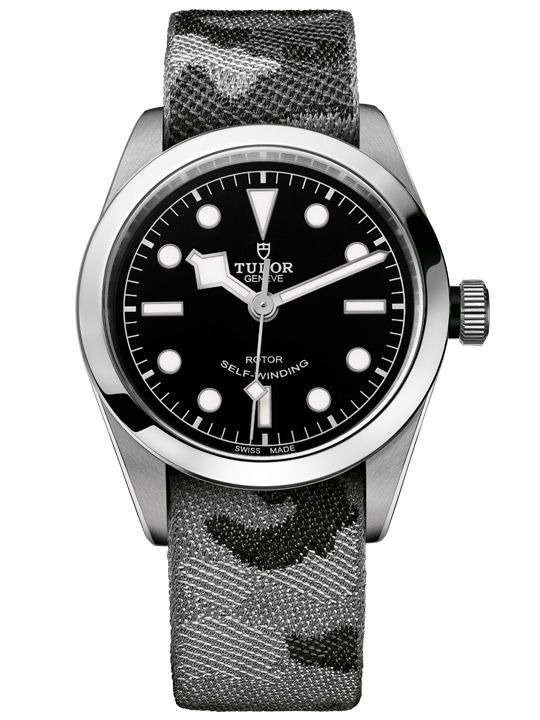 Available in either a steel bracelet or lightly distressed beige leather strap with deployant clasp, the watch comes with an additional strap in camouflage fabric (above), a signature of the Heritage collection.