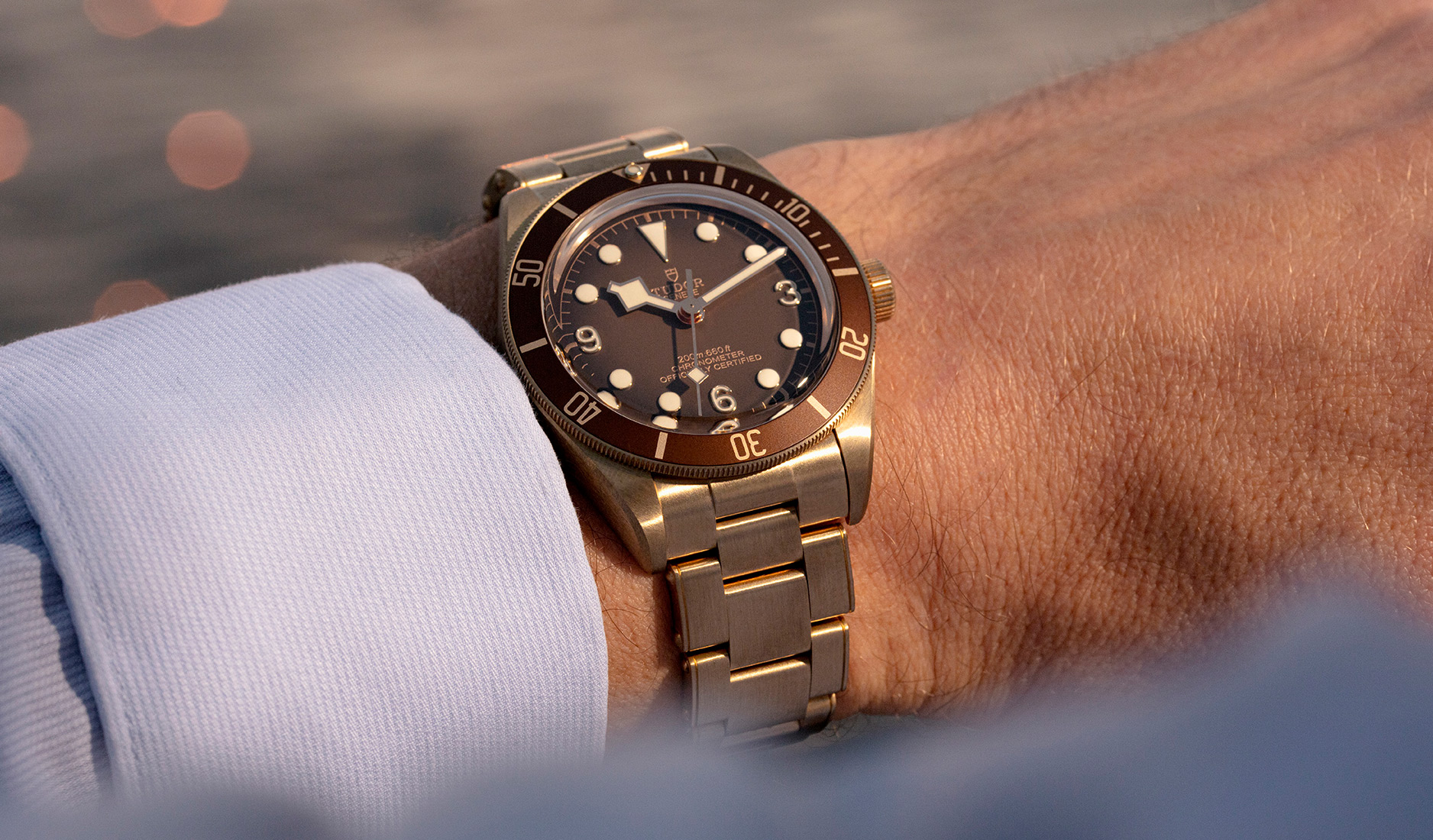 So, you like it in bronze? Well, Tudor’s gonna test how deep your love is for the maritime-inspired material with the new Black Bay Fifty-Eight Bronze, a watch that goes all-out by having the case AND the bracelet in the alloy that’s famed for altering its appearance over time.

A signature feature of bronze is that it achieves a patina after getting exposed to the elements and from prolonged interaction with the wearer’s skin. While most brands hawking bronze watches are content to feature the material only on the cases, Tudor’s roll-out steps into uncharted territory.

It is a great look when the metal’s warm and coppery golden sheen develops a worn, burnished brown hue over time (watch brands market it as having one’s unique imprint on the watch). But until now, that patinated look is confined to the case. With the Tudor Black Bay Fifty-Eight Bronze, the entire watch will be subject to patination. So, it is too much of a good thing? 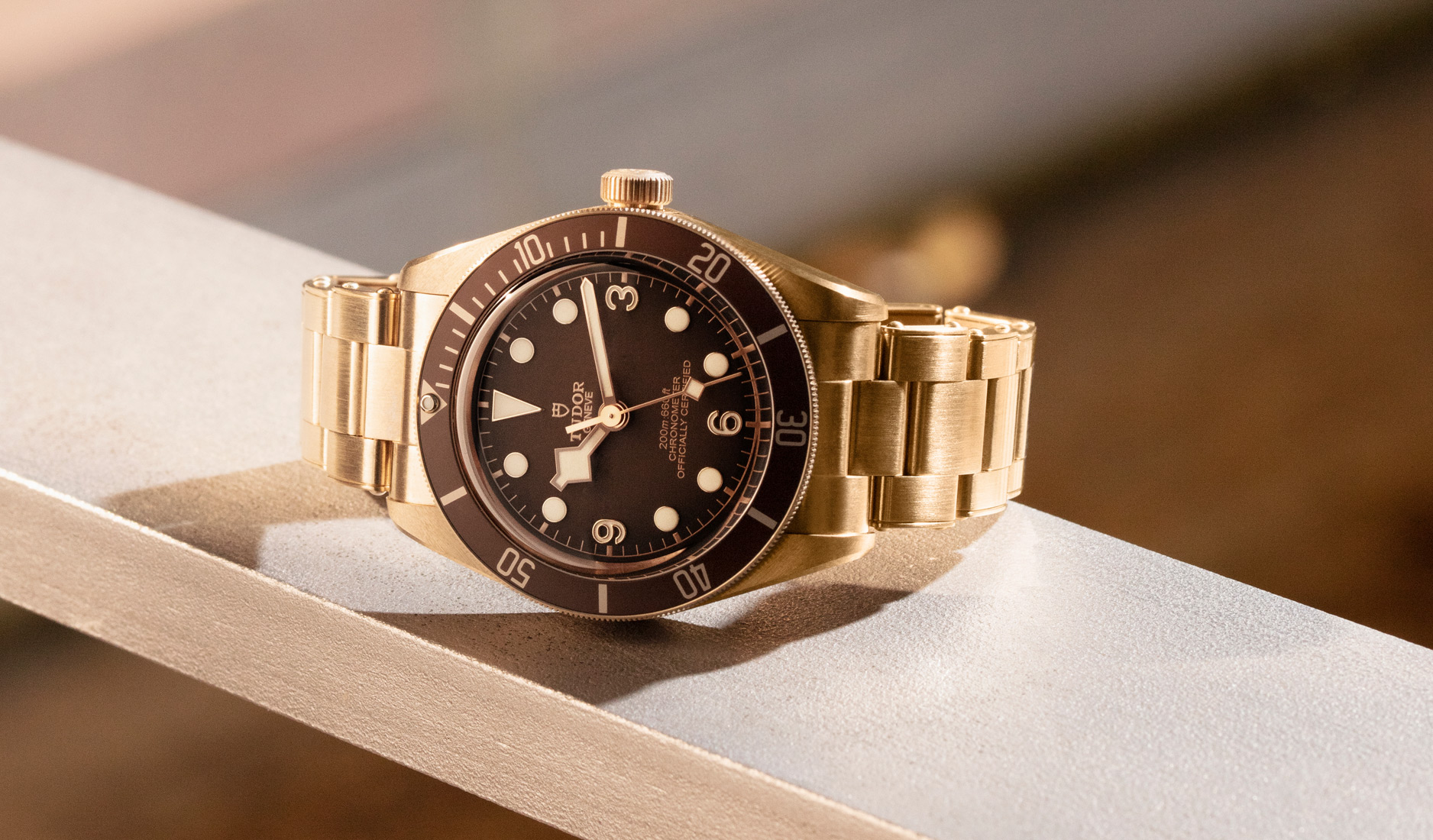 One’s appetite for patination is entirely personal, of course. Still, Tudor attempts to address the issue on two counts. Firstly, it stresses that the patina developed on its bronze watches will not look patchy and horrible. “The patination will be homogenous,” says a spokesperson, which we take to imply that the Tudor Black Bay Fifty-Eight Bronze will be acquire an even and evocative tone that envelopes the entire case and bracelet (the watch comes with an additional woven jacquard strap, but why switch out when you paid for the bracelet, right?).

Tudor’s faith in its bronze material stems from its proprietary alchemy of the alloy, “a secret combination” of high-performance aluminium bronze that is highly corrosion-resistant, which it then sheathes in satin-brushed finishing to achieve the desired effect.

Secondly, in the event that the patination gets too much for you, you can choose to ‘reset’ the look of your Black Bay Fifty-Eight Bronze by sending it back to the boutique for a clean-up. Sounds simple, but seeing how bronze watches age over time, we imagine it would be almost like having a new watch again. 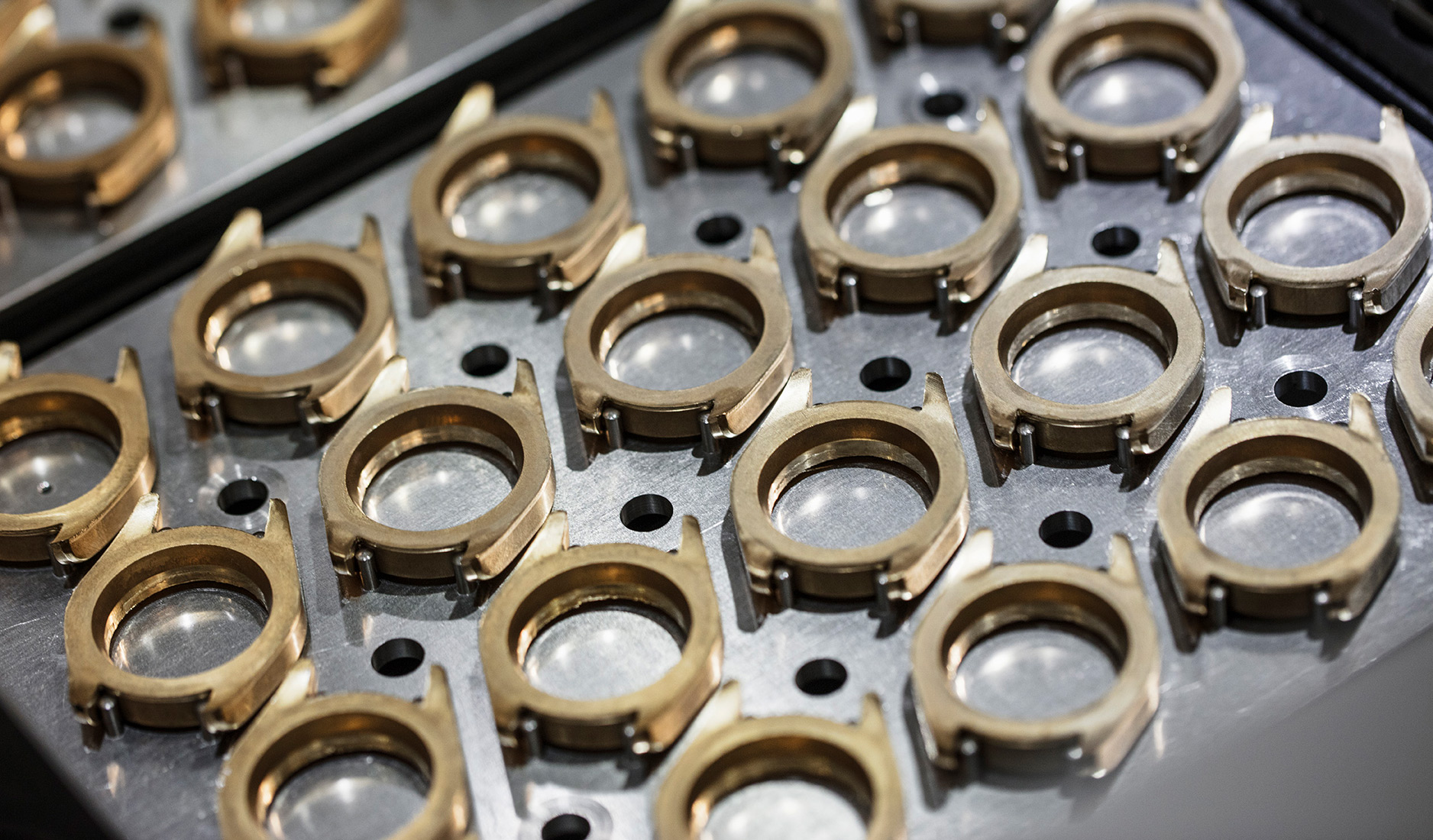 While Tudor fans will be familiar with the Black Bay Fifty-Eight Bronze’s design and technical attributes, such as its trademark ‘Snowflake’ hands that pay tribute to Tudor’s pioneering dive watches from 1969, and its COSC-certified automatic Calibre MT5400 with silicon hairspring and 70-hour power reserve, the watch boasts several neat surprises.

The bracelet, for one, features a new clasp and Tudor’s ‘T-Fit’ (sounds risqué, but never mind) rapid adjustment system that allows the wearer to easily adjust the length of the bracelet in five increments of up to 8mm. The ‘bronze brown’ dial, too, which beautifully complements the bronze armour, may look familiar – the colour was last seen on Black Bay Bronze models from 2016 and 2017 – but it actually comes in a more refined tone, featuring a lighter shade with gradient effect. 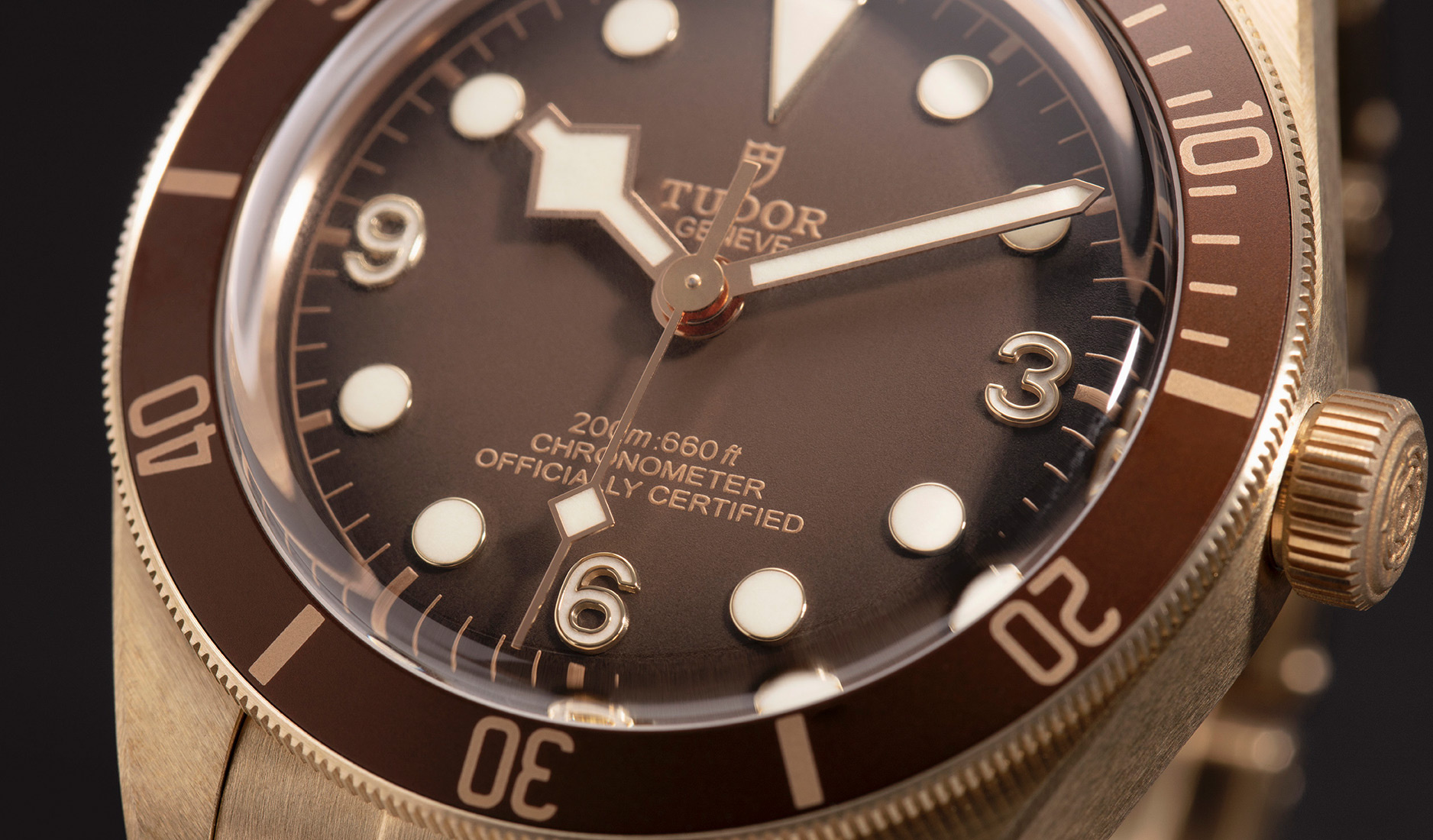 A collector from one of our favourite watch enthusiast communities commented that now, with the Black Bay Fifty-Eight Bronze, Tudor has completed the triumvirate of Black Bays Fifty-Eight offerings, having rolled out versions in 18K yellow gold and silver earlier this year. He’s not far from the truth. Though it will be hard to pick which model will come in at first place. 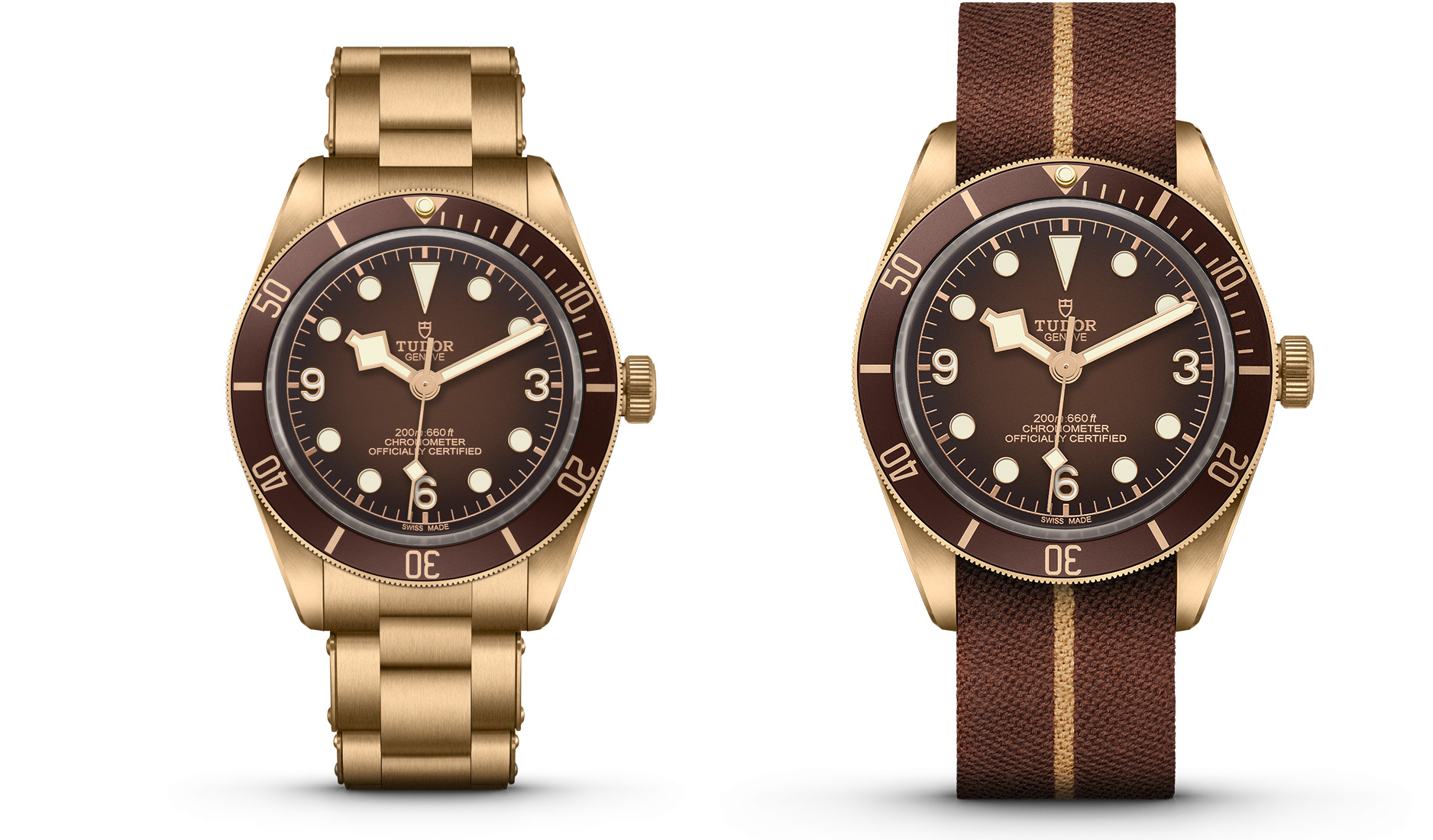