Surely, there must be enough of us out there who just want more of this whole retro-inspired shebang. And we don’t just mean timepieces of the quaint and charming variety, but those that are, like, cut from the same cloth as the 1980s greed-is-good vintage. This was probably why Tudor opted to introduce the bi-metallic S&G (steel and gold) series to the beloved Black Bay collection in 2018, and the same reason why it is going even further with a more unabashedly regal throwback for 2019.

A quick recap on the Black Bay S&G. The original iteration was launched with three versions, all in 41mm cases, and featured yellow gold crowns and accents on the dial. Though that automatically justify the watches’ S&G suffix, clearly the most S&G of the lot would be the Ref. 7973 with champagne dial, and two-tone execution on both the case and bracelet.

It is for this reason that we are falling the hardest for the Ref. 79543 in 41mm case with satin-brushed champagne dial. The collection also comes in models with black dials, but if the hedonist in you wants to go really, really large, this is what the Ref. 79543 allows.

We’d be the first to admit that the overtly flamboyant style isn’t for everyone. But boy, do we love the almost obnoxious parade of golden hues on the dial, bezel and five-link bracelet. There is an old-school towkay-ish charm to the watch’s overt ostentation that’s really exciting, and the irony of it being a young collection isn’t lost on us, either.

There is one big difference with the new Black Bay S&G’s engine, though. This year’s versions run on the ETA based Calibre 2824, as opposed to the in-house Calibre MT5612 in last year’s series, which is COSC-certified and offers about 45 per cent more power reserve. Perhaps Tudor has opted not to use the proprietary movement for the new S&G, to keep a lid on the increased production costs for the new five-link bracelet. We’re not too fussed, to be honest, as the Calibre 2824 is a renowned and trusted industry-standard movement. Also, we believe you can’t really put a price on the extra swag. 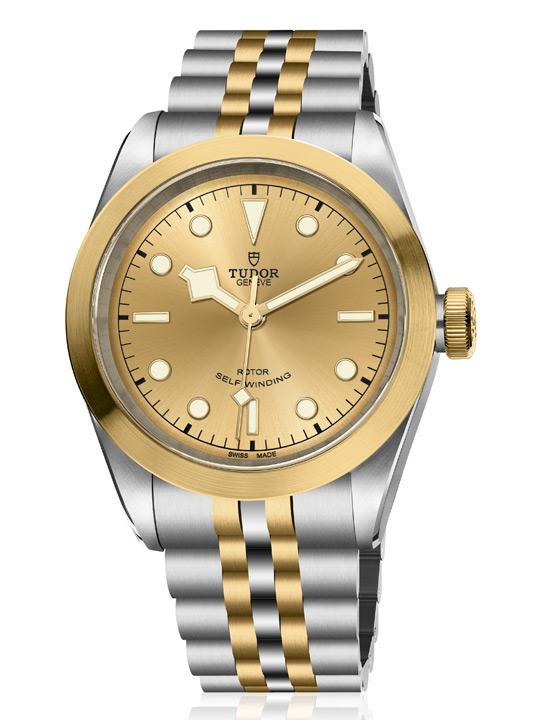