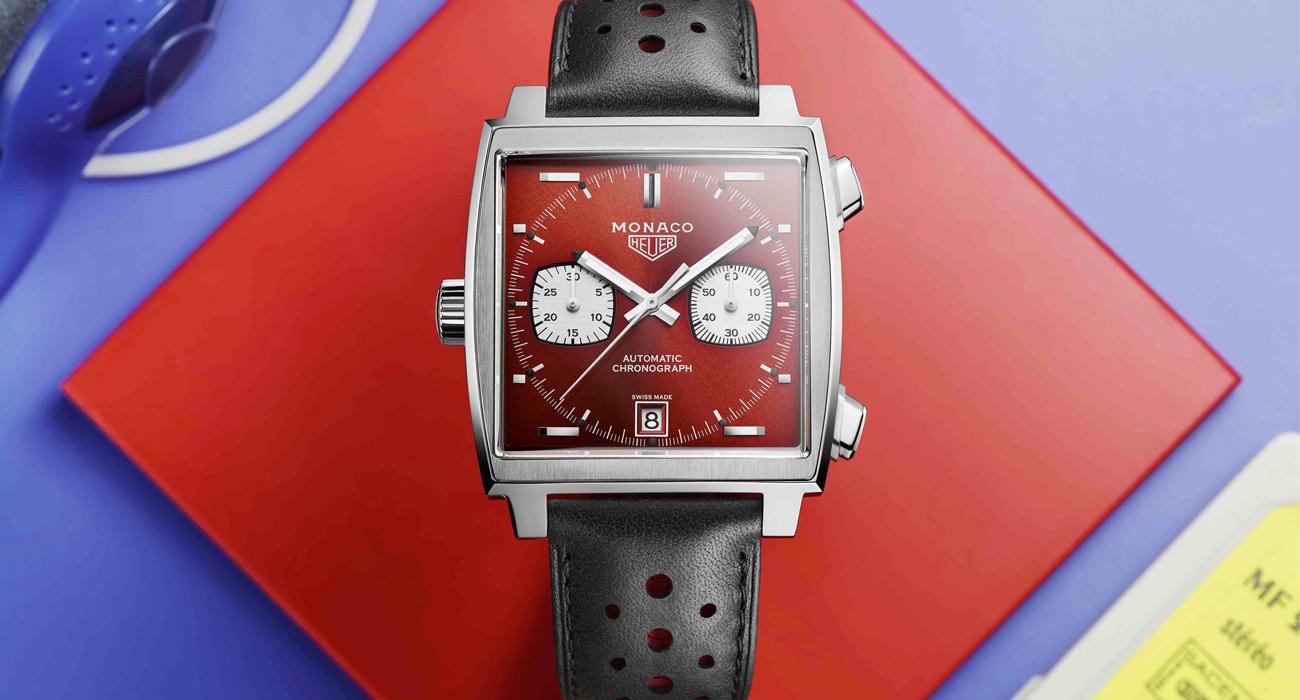 TAG Heuer’s Monaco’s 50th anniversary celebration rumbles on with the second instalment of five commemorative editions, this time hat-tipping the 1980s, the second decade of the collection’s existence. And yes, for those who are unaware, TAG Heuer is going full-on with the Monaco's 50th anniversary tribute editions, rolling out one model for each decade since the collection's launch.

In May 2019, the brand introduced the first commemorative edition that brandished a green dial with Côtes de Genève finish, unveiled at the Monaco Grand Prix (below). For the Monaco 1979 – 1989 limited edition, the hyped was revved at another appropriately historic locale: the town of Le Mans in France, setting of the famous eponymous racing movie starring Steve McQueen. And it was in the Le Mans movie, which contained a priceless silver screen moment where McQueen donned a Monaco, that announced the watch’s arrival as both horological and cultural icon. 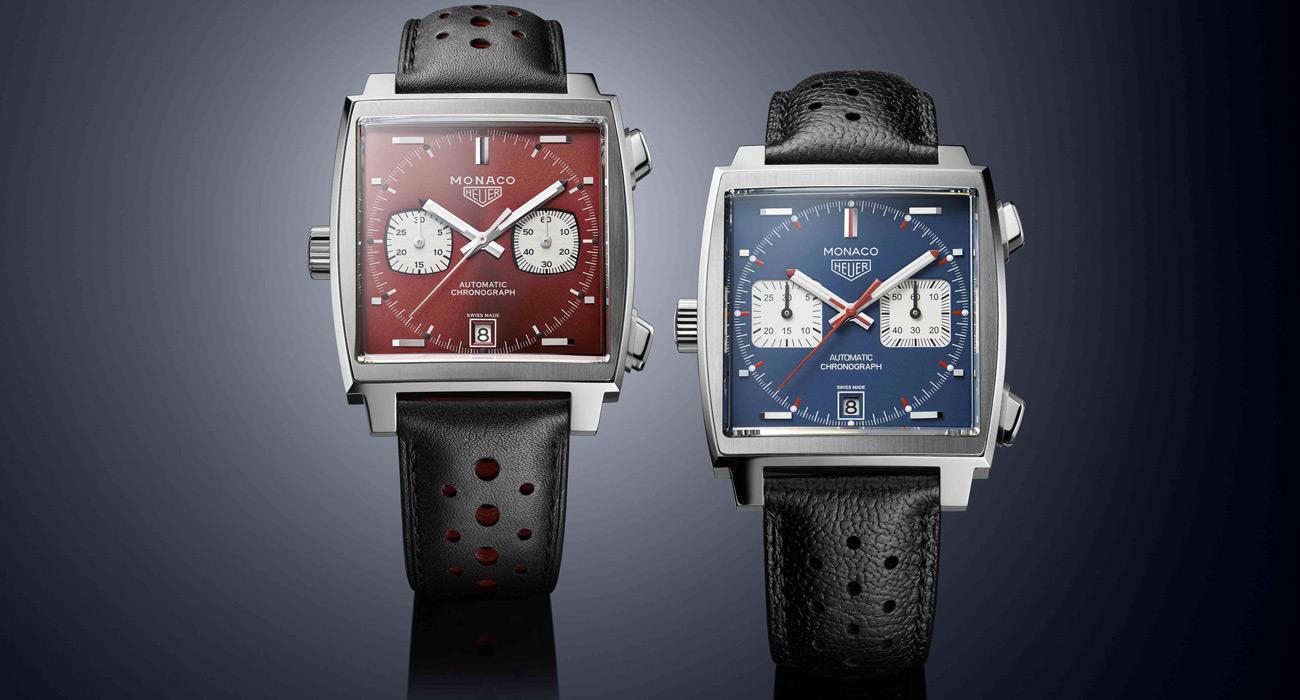 As it is with the 1969 to 1979 limited edition, the Monaco 1979 – 1989 thrills with design traits that make the Monaco such an indelible icon. The distinctive square case; mix of horizontal and vertical indexes; square bi-compax chronograph counters and small date window at six o’clock; and left-placed crown with chronograph pushers on the right - all design elements from the original - have been faithfully replicated. 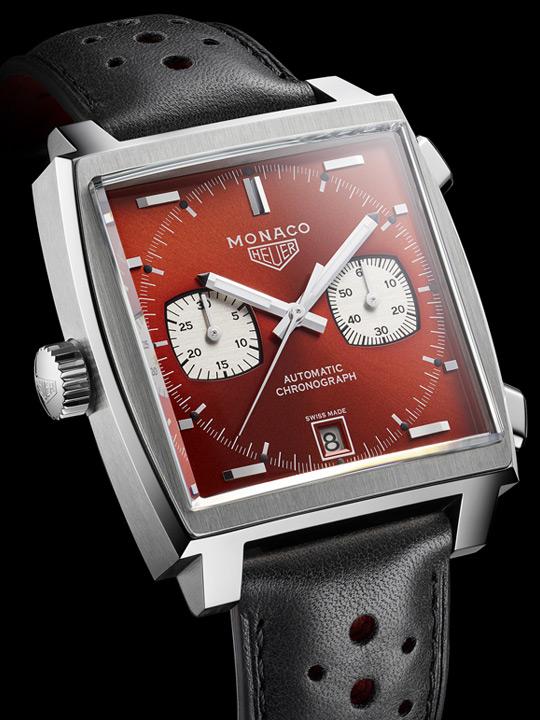 Likewise, the Monaco 1979 – 1989’s engine is one of historical significance. The watch is powered by the Calibre 11, an update of the automatic chronograph movement that featured in the original 1969 Monaco. And as it will be with all 50th anniversary Monaco tribute editions, this model is inscribed with the ‘Monaco Heuer’ logo, special edition descriptor (in this case, ‘1979 – 1989 Special Edition’), and ‘One of 169’. Each limited edition series is capped at 169 pieces, ostensibly one of the smallest production TAG Heuer limited editions in a while. 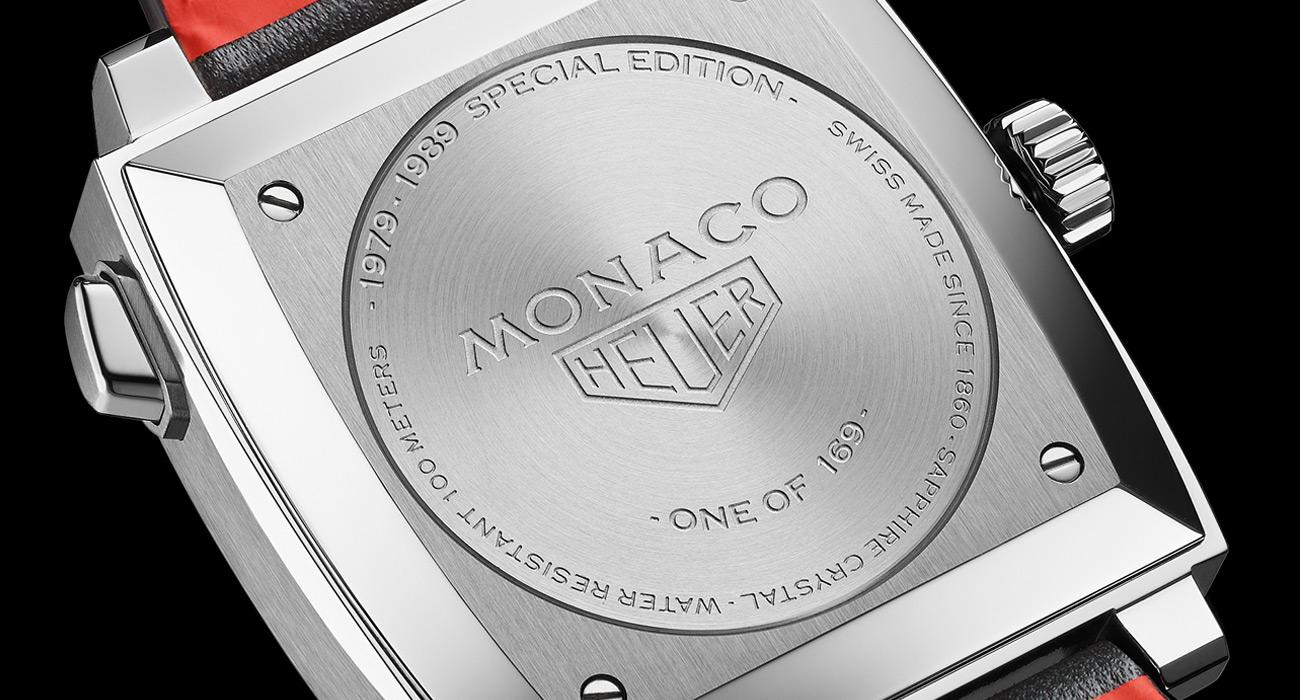 Unlike the first limited edition that flaunts a decorative spirit, however, the Monaco 1979 – 1989 is more straightforward with its expressions of race-inspired dynamism. The dial is sheathed in striking fire engine red with sunray finish, beautifully contrasted with brushed rhodium-plated chronograph counters. The perforated ‘racing’ calfskin strap, another typical Monaco accompaniment, is given the same colour treatment with red inlay. As the decade of tribute suggests, this is a look that is unquestionably loud and charmingly retro. 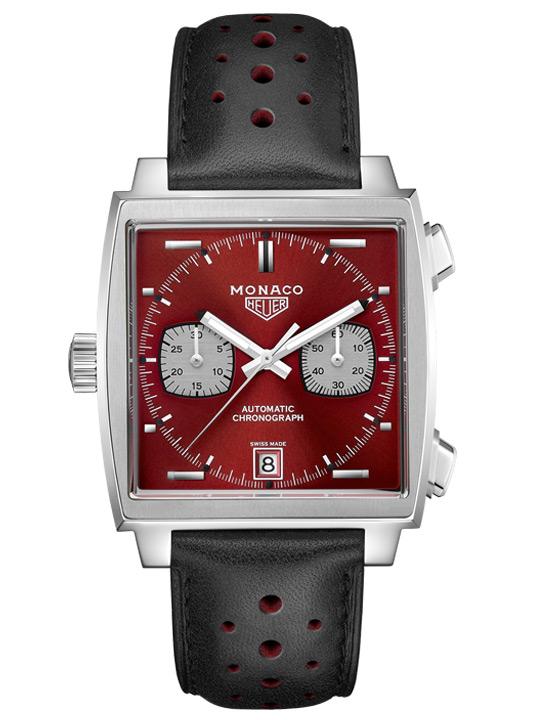 Read THIS to know more about the TAG Heuer Monaco!