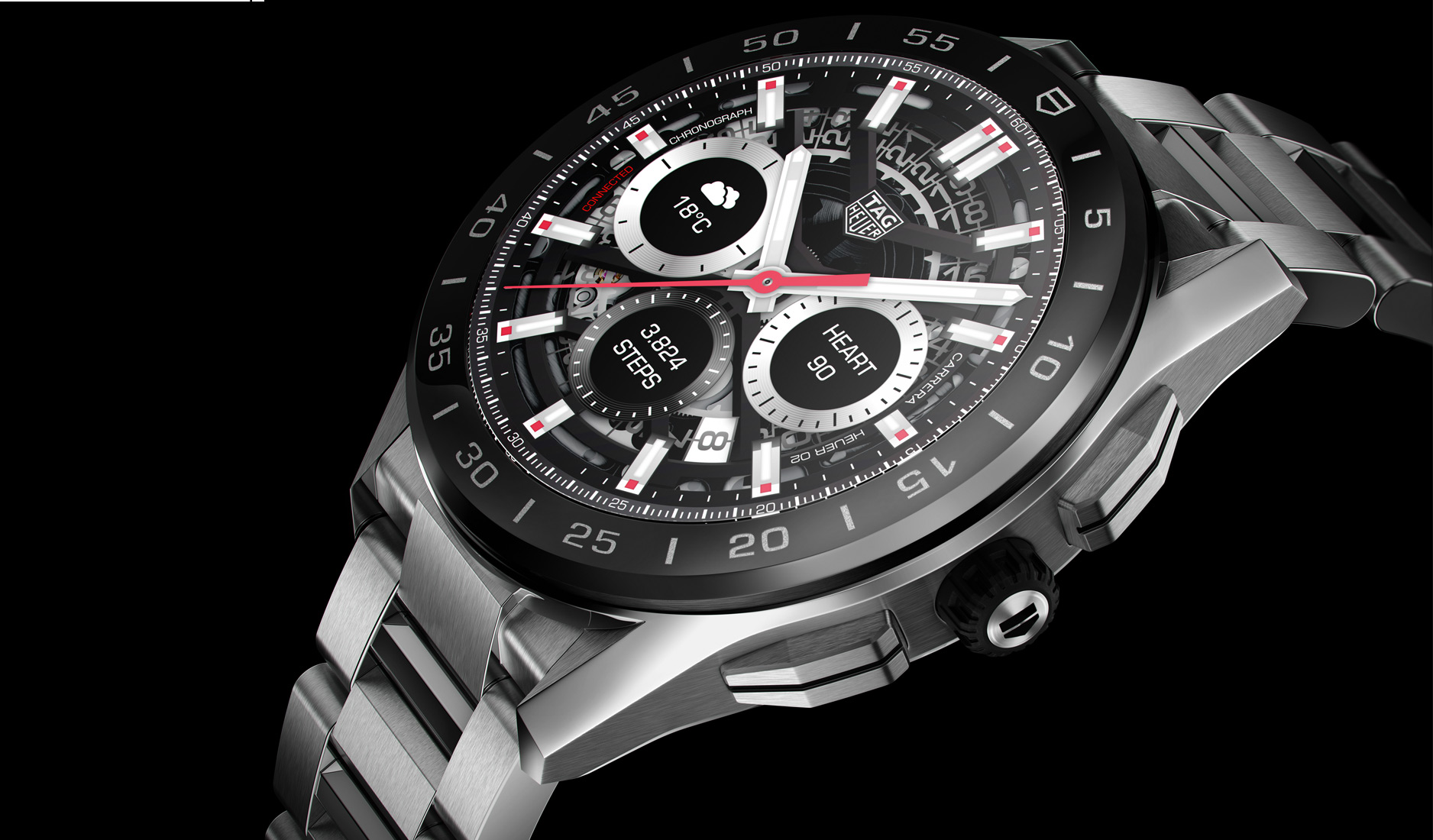 Now that the dust has somewhat settled over the smartwatch conundrum for traditional watch companies - Are they here to stay? Yes. Can they make money? Possibly. Should everyone be involved? No. – we are starting to see the levels of commitment from first movers from the realm of luxury watchmaking as they explore this previously unchartered product category.

While most of these companies are content to dip their toes in the water, TAG Heuer seems to be the only brand that is charging all-in, developing its own range of smartwatches in the Connected Watch with the same fervour and belief as it does with its other mechanical watches. 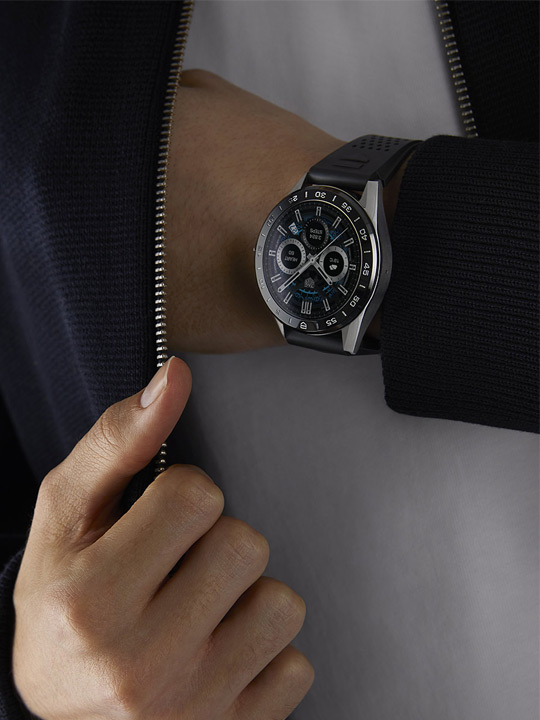 And why not? With the market for smartwatches predicated to generate up to US$31 million by 2025, it helps for TAG Heuer to put itself in a position to grab a slice of the pie, despite the brand’s niche positioning with the Connected Watch. (Since its inception, TAG Heuer has billed it as a ‘luxury smartwatch’, even releasing the US$193,500, diamond-paved Connected Full Diamonds in 2018.) Realistically, it will be a stretch for TAG Heuer to wrest dominance over the smartwatch market from the likes of tech giants like Apple, Samsung and Huawei. However, that hasn’t stopped the brand from constantly improving and evolving the Connected Watch to best the competition.

The first-generation Connected Watch and the second-generation Connected Modular 45 were keen to establish links between the smartwatch and mechanical realms. With the former, one can choose to upgrade his Connected Watch to a special edition mechanical TAG Heuer Carrera after its two-year warranty expires. As for the Connected Modular, the watch’s construction allow owners to swap the digital watch’s connected module, case and all, with a module running on the three-hand Calibre 5, or even one containing the Carrera-Heuer 02T automatic tourbillon chronograph movement. 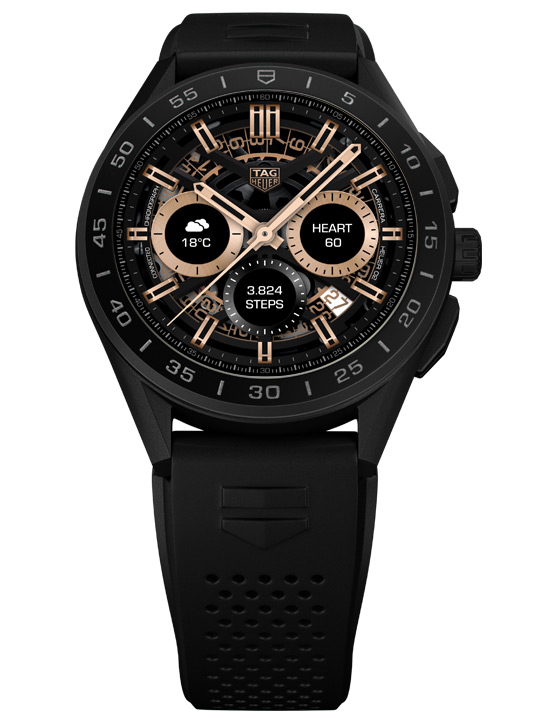 In contrast, TAG Heuer’s Connected Watch for 2020 has dialled down on the above. Not only is the brand not offering any mechanical swaps and upgrades, it has billed the new Connected Watch as a fully formed digital being that is endowed with full-on technological sophistication.

The new model’s most enticing tech draw is its improved sports functionality. Used in tandem with a newly designed TAG Heuer Sports app that tracks golfing, running, cycling and other fitness activities, the latest Connected Watch has the chops to go toe-to-toe with the best fitness trackers on the market – only with more style. 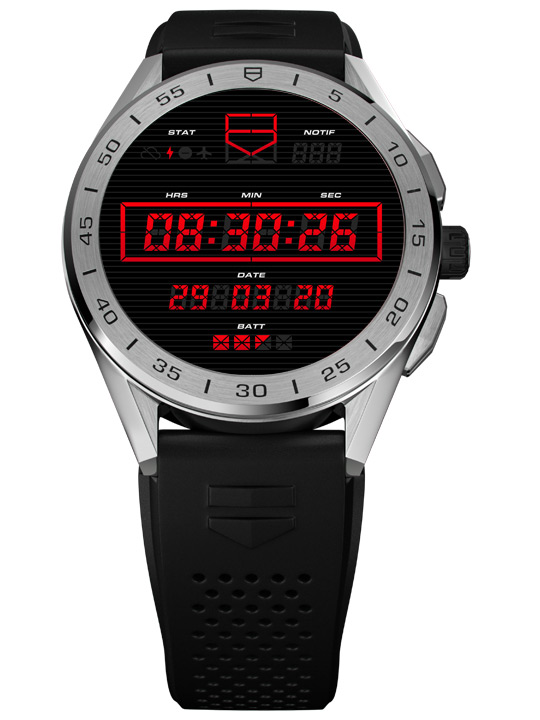 Modelled after the Carrera, the Connect Watch’s chronograph-style case with two pushers is especially nifty, as it allows the user to replicate the tactile experience of using a mechanical chronograph when in countdown or stopwatch modes. The inclusion of a heart-rate monitor, which was missing in previous versions, is also much welcome, along with other attributes and features such as 50m water resistance, GPS tracker, and battery life optimisation that caters t7o tracking both short and long workout sessions.

Despite being the most sports performance-fuelled iteration yet, the new Connected Watch has lost none of that luxury allure that helped defined its predecessors. 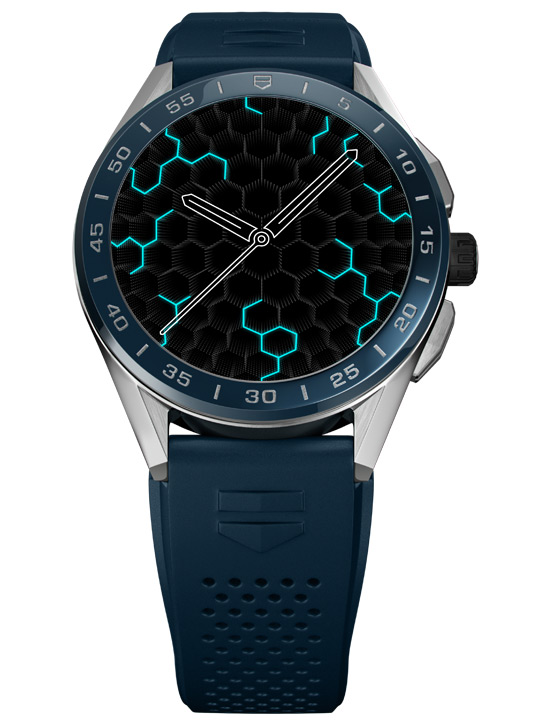 Though similarly sized at 45mm as previous Connected Watches, the 2020 version appears sleeker, thanks to a new slim ceramic bezel, which enlarges the dial, and the relocation of the antenna system underneath the bezel that flaunt more of the lugs. One can choose between a stainless steel case with black or silver ceramic bezel. Aesthetic references to the Carrera are also more obvious with the new Connected Watch boasting the same profile, as well as the same contrast finishing on facetted surfaces. 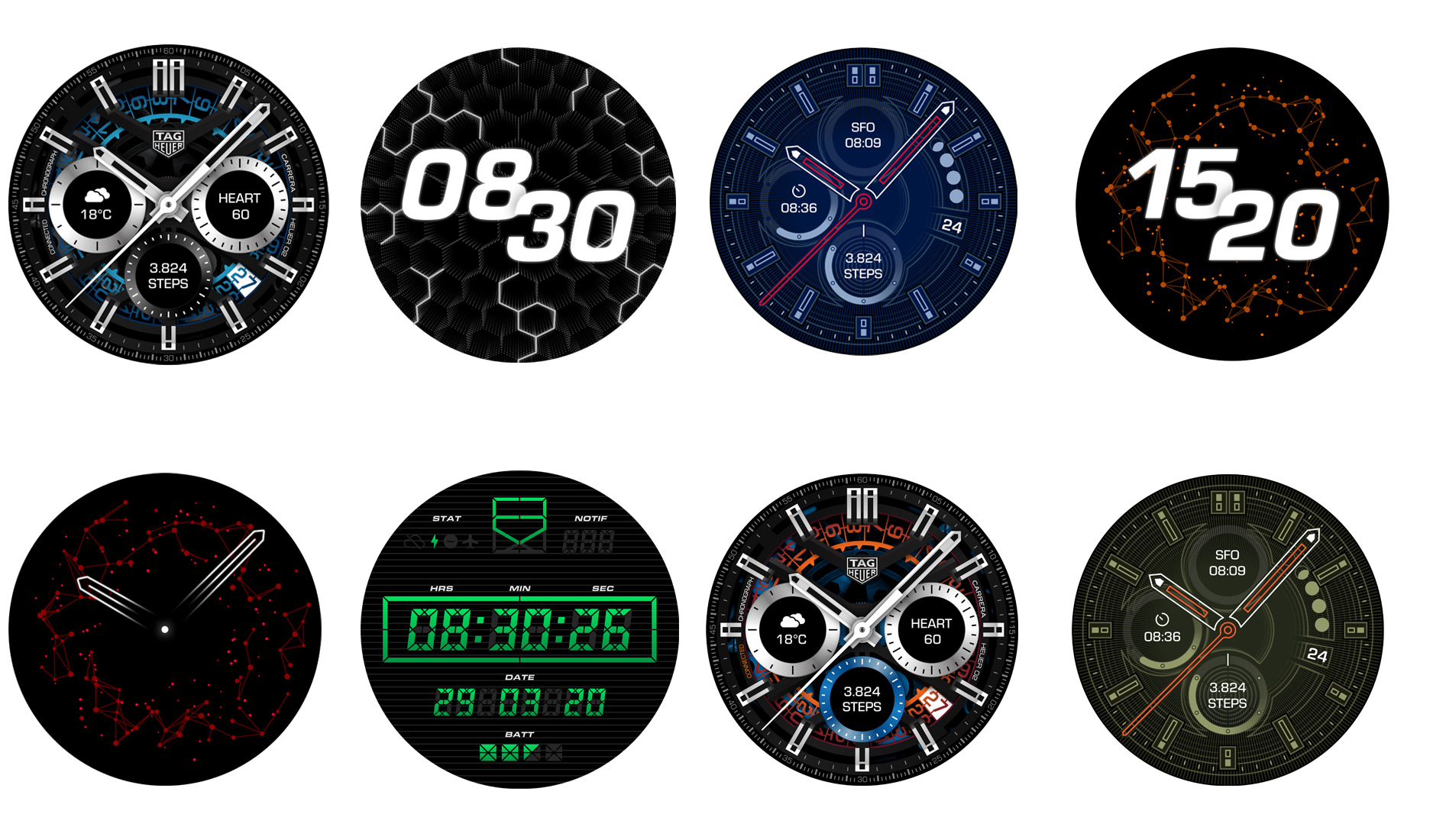 A selection of dial interface for the new Connected Watch

Powered by Wear OS by Google, the new Connected Watch continues to serve up all the necessary mod cons, such as the variety of Google services that range from navigation to message notifications. We are particularly excited, however, by the newly introduced time displays. While the digital replica of the skeletonised dial showing the Heuer 02 movement is impressive, the ones that really rock are the digital displays, especially one named Orbital that features a plasma ball-like, algorithm-generated seconds counter. 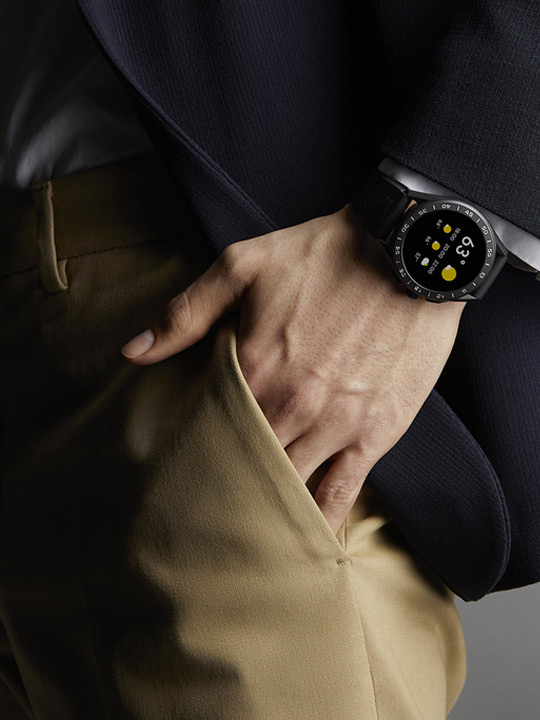