Manchester United fans, you need to see this. 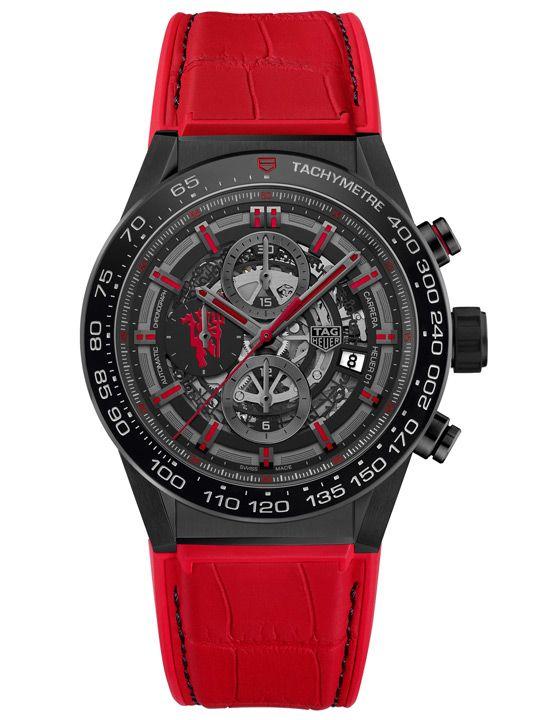 Wherever your football loyalties lie, there’s no denying Manchester United is the world’s most famous club with a following of 659 million fans worldwide. It’s fitting then, that the club inked a partnership last year with TAG Heuer—a brand known for its sporting heritage, avant-garde watchmaking and almost fanatical following.

TAG Heuer CEO Jean-Claude Biver explained it most succinctly when he said: “Football is the most popular sport in the world. It’s a language that crosses borders, a religion. With football, we convey passion, emotion, joy, dreams, team spirit, organisation, strategy, and finally, victory; values that are also carried by our brand and, more importantly, by the people who buy and wear our watches.”

While TAG Heuer already has a Premier League Special Edition, this is its first timepiece collaboration with Manchester United. To kick off (hur hur) the partnership, the brand has unveiled two new watches. The one that caught our eye is the Carrera Heuer-01 Calibre Manufacture Chronograph Manchester United Special Edition (top). A mouthful, yes, but also quite a stunner. 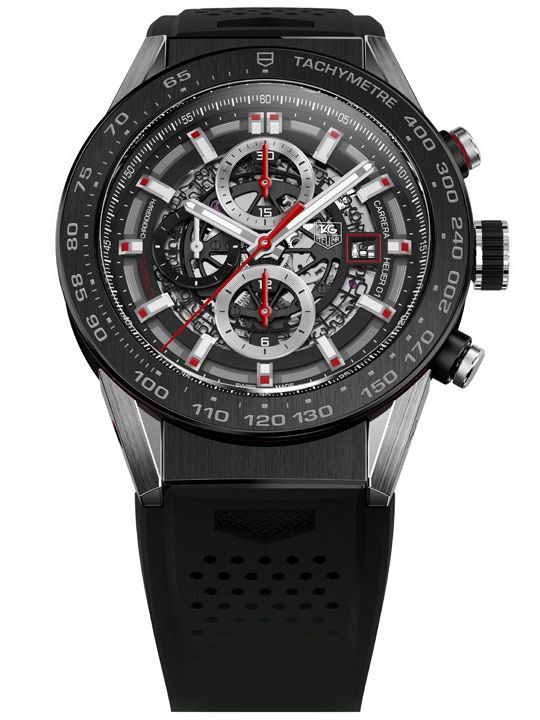 The new timepiece is based on the Carrera Heuer-01 (above), launched in 2015, and which took five years to improve and optimise. It's perhaps most noted for its skeleton dial and in-house modular case construction with 12 different components. This allows for endless possibilities when it comes to combining materials, colours and finishes—in other words, the perfect candidate for collaborative editions.

It’s also significant that the 2015 Carrera Heuer-01 was the first model designed by the team since Biver took over the reins. And like how Biver revolutionised Hublot with the Big Bang, the pressure is on the Carrera Heuer-01 to do likewise for TAG Heuer. We have no doubt it will be a game changer though (you know, #DontCrackUnderPressure and all). In fact, it’s been steadily garnering attention since its release two years ago.

But enough about the previous model. The new Manchester United Special Edition is an update that carries the club’s colours and logo. Retaining the large 45mm case and skeleton dial, the timepiece features red lacquered black gold applique indexes and hour, minute and central seconds hand. The date window has been shifted slightly from three o’clock to half past three. And rather than the anthracite bezel of the original version, this one comes in trendy ceramic for a sleeker sheen. 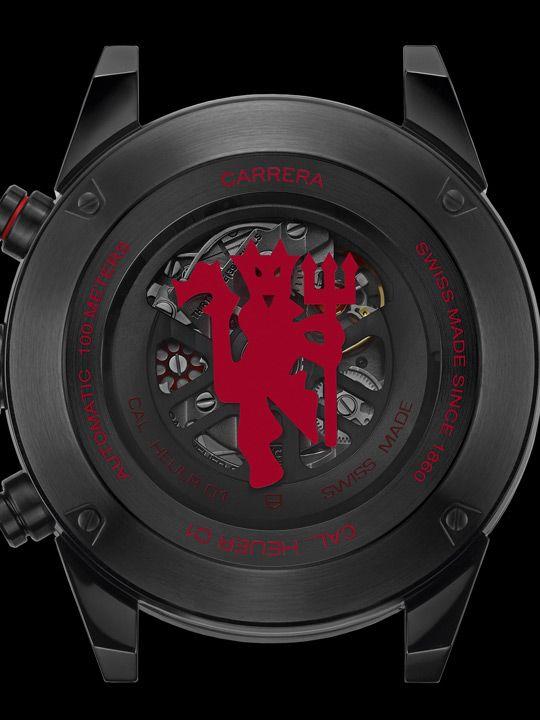 You won’t have to look too hard for the Man U references in this timepiece. If the crimson accents and flaming red alligator strap aren’t enough, the club’s red devil logo is also emblazoned on the small seconds sub-dial at nine o’clock and on the sapphire caseback (above). If all that red’s a bit too much for you, there’s also a version with black alligator strap and subtler red stitching (below). But if football fans are anything to go by, subtlety is by no means the modus operandi. 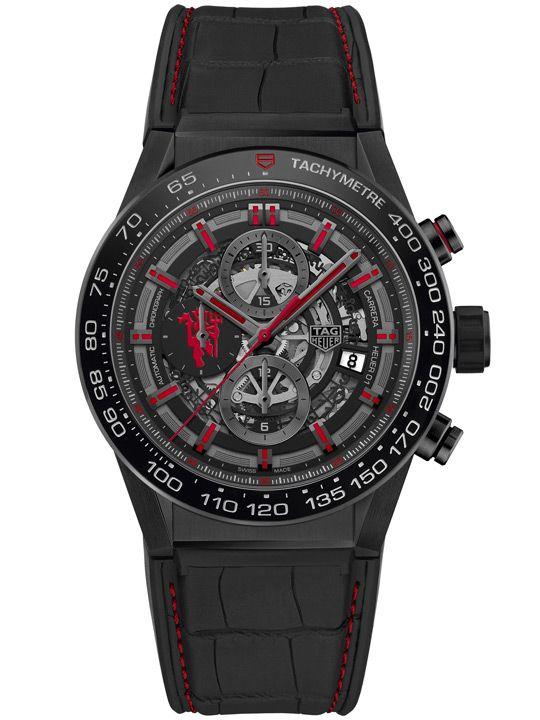