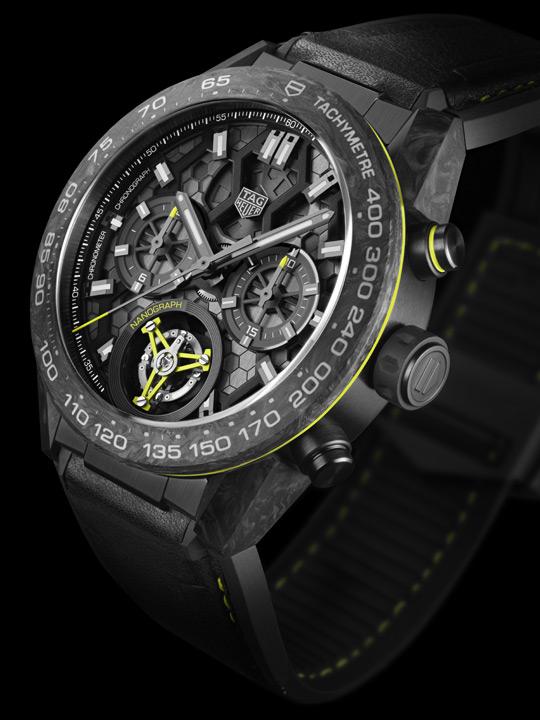 For a brand that touts ‘avant-garde’ in its tagline, you can hardly expect TAG Heuer to be anything but forward-thinking. This year, it has proven once again to be a leader in the field of innovation with its latest breakthrough—a carbon composite hairspring.

Arguably one of the most complex components to produce in a mechanical watch, the hairspring has presented challenges to many watch brands - most rely on third-party suppliers for the component and only the best in the business are capable of producing it in-house.

Suffice to say, watchmakers have also experimented over the years with various materials for the hairspring, from silicon to anti-magnetic alloys. Most recently the Swatch Group and Audemars Piguet unveiled a collaborative effort, Nivachron, which features a titanium base.

TAG Heuer’s version is a world’s first and not just invented by the brand, it’s also produced and patented by the company. As a carbon composite component, several features set it apart from regular metal hairsprings. One of the most significant is how impervious it is to gravity and shock.

Thanks to its lightweight nature, the low-density carbon composite hairspring remained intact in a drop test where watches were tested up to 5,000g/1m fall on a hard surface. On the other hand, metal hairsprings were bent, while silicon hairsprings, due to their brittle nature, broke.

Other benefits of the carbon composite hairspring include perfect concentric oscillations leading to improved accuracy, and complete anti-magnetism. Coupling the hairspring with an aluminium alloy balance wheel also resulted in optimal thermal behaviour and aeroelasticity.

The carbon composite hairspring is also produced with the collet (the part which joins the hairspring to the balance wheel axis) attached. Usually, this would require a tedious assembly process, which could result in imprecision. By producing the collet with the hairspring in one piece, TAG Heuer has brilliantly circumvented the problem. 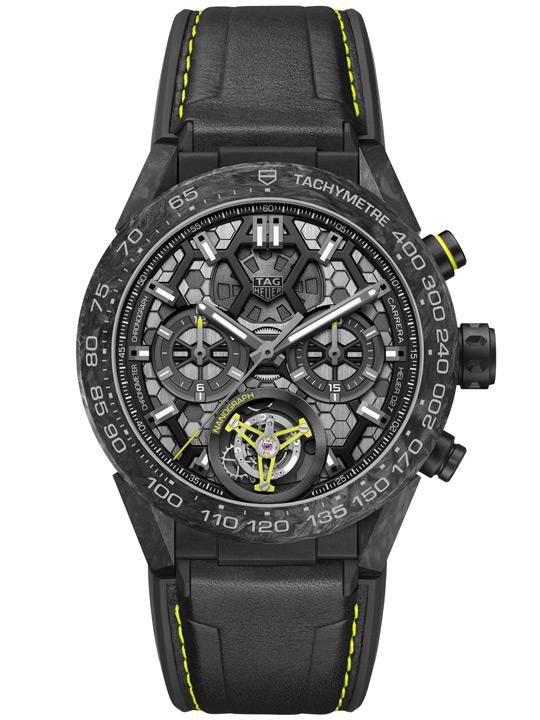 The watch it features in is the Carrera Calibre Heuer 02T Tourbillon Nanograph (above)—a mouthful, but a very apt piece for the innovation. One of TAG Heuer’s most enduring and iconic collections, the Carrera is the chosen vehicle for many of TAG Heuer’s new launches. The Heuer 02T also made waves when it was introduced for being the industry’s most affordable Swiss-made tourbillon.

CEO of TAG Heuer and the LVMH Watchmaking Division Stéphane Bianchi said: “This new interpretation of the TAG Heuer Carrera with its advanced in -house technology underscores our legacy in achieving watchmaking excellence and proves that we remain true to our values of performance, disruption and avant-garde.” 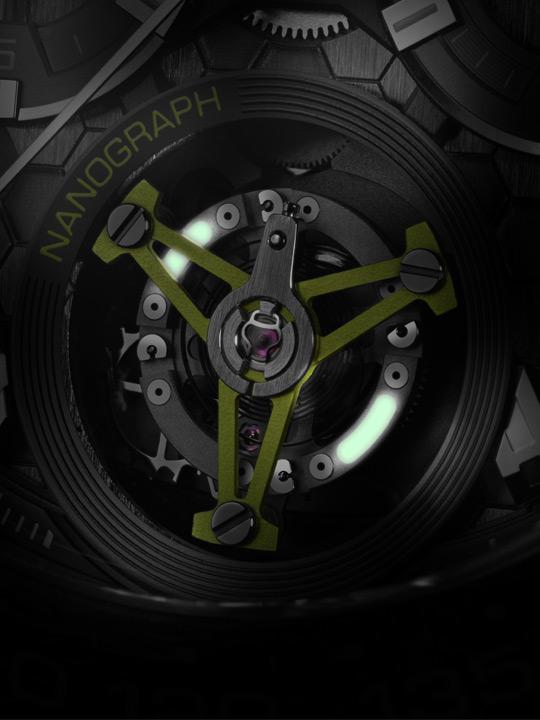 In reference to the nanoscopic hexagonal pattern of the carbon composite material, the watch has inherited the same design on its multi-layered dial, movement and oscillating mass, which can be seen through the sapphire caseback. The sporty aesthetic of the chronograph comes through in neon green accents on the strap stitching, chronograph pusher, tourbillon bridge and movement, as well as the tip of the seconds and chronograph hands.

At 45mm, it’s by no means a wallflower—not that it was created to be one anyway—but it has one of the more interesting dials we’ve seen from TAG Heuer lately, thanks to the hexagonal honeycomb pattern. As an added bonus, the watch comes in a special box with an integrated watch winder so you don’t have to worry about resetting the time when it’s not in use.