This TAG Heuer tribute to Muhammad Ali is the one limited edition watch you ought to buy this year.

It had to happen. A horological hat-doff to ‘The Greatest’ was always in order, and the question was not ‘when’, but ‘who’ and ‘how’?

Muhammad Ali is no stranger to the watch universe, having previously enjoyed commercial dalliances with brands like Bulova, Fossil, IWC and Audemars Piguet. This TAG Heuer commemorative edition is the first after Ali’s passing in June this year. From what we see, it is a pretty full-on affair, executed with love and meaning.

The watch was unveiled at Gleason’s Gym, an iconic boxing club in Brooklyn that produced more than 130 world champs, including Ali. In attendance were family and fighters close to the boxer, including Earnie Shavers and George Chuvalo. There was even a piece-unique commemorative edition of the Carrera Calibre 5 ‘Ring Master’ in gold case, presented with a pair of autographed boxing gloves in a special leather case (below), which was auctioned off with all proceeds going to The Muhammad Ali Centre.

As for the version that we can all get our hands on – if you are among the first 750 in line, that is – the Carrera Calibre 5 ‘Ring Master’ in steel case with automatic movement is a bit of a head-scratcher, until we snooped about a little to understand the nuances. 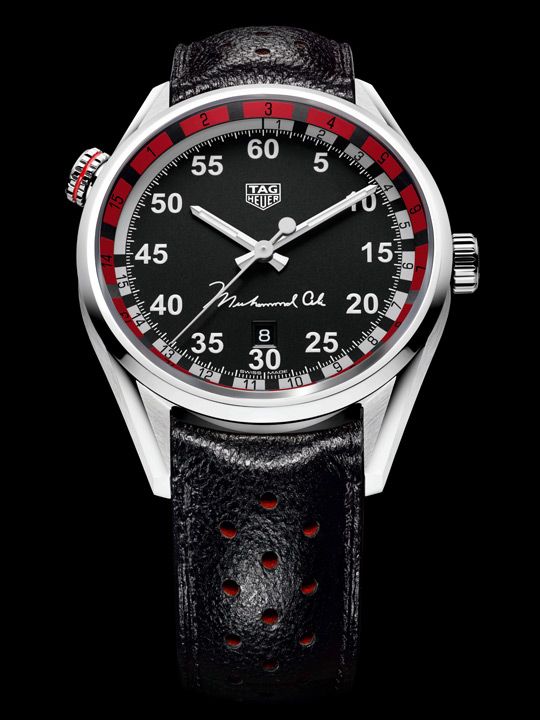 The black dial and numbered red-silver inner bezel flanges give the appearance of a roulette wheel, which seemed strange. But they actually reference the timings of boxing bouts – the red markers denoting 15 rounds of three minutes each, with a minute’s rest (for heavyweight fights back in the day, modern fights are capped at 12 rounds); and the silver one for amateur fights, denoting 10 rounds of two minutes each with one minute rest in between. 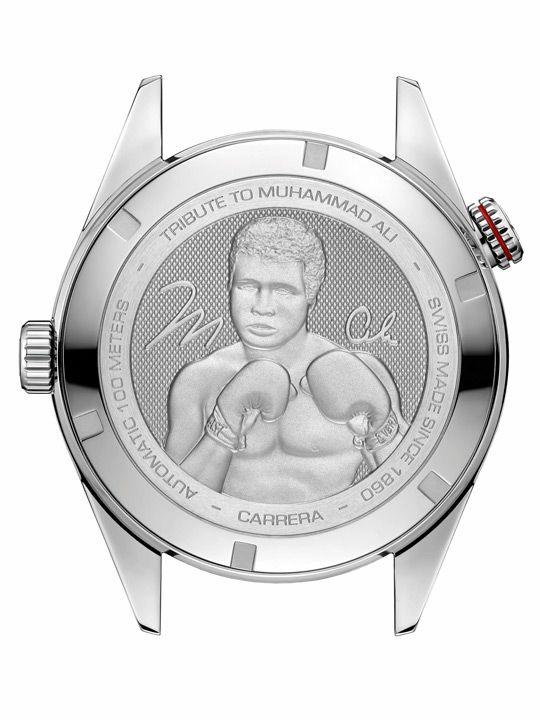 This mini ‘complication’ is inspired by a vintage TAG Heuer boxing stopwatch from 1957, called, well, ‘Ring Master’. The wristwatch send-up comes with crown at ‘10’, which adjusts the inner bezel flange, that also mimics the stopwatch pusher on the vintage timepiece. This feature is based on the Carrera Calibre 5 Diver Timer, which has the same crown and inner rotating flange function. 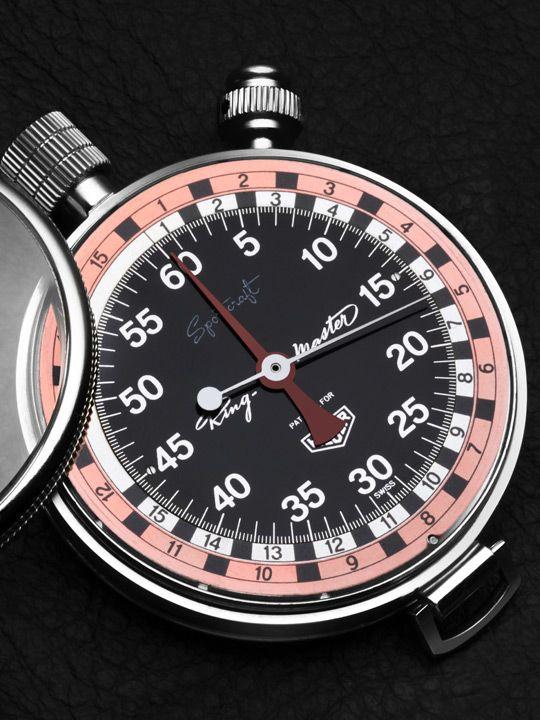 But hey, no one really buys a Muhammad Ali commemorative watch to time boxing bouts, right? The Carrera Calibre 5 ‘Ring Master’ will have Ali fanboys really fussing over details like his signature at the bottom of the dial, as well as his likeness engraved on the caseback. And of course, the limited edition cap of 750 pieces.