TAG Heuer resurrects the mother of all Carreras. 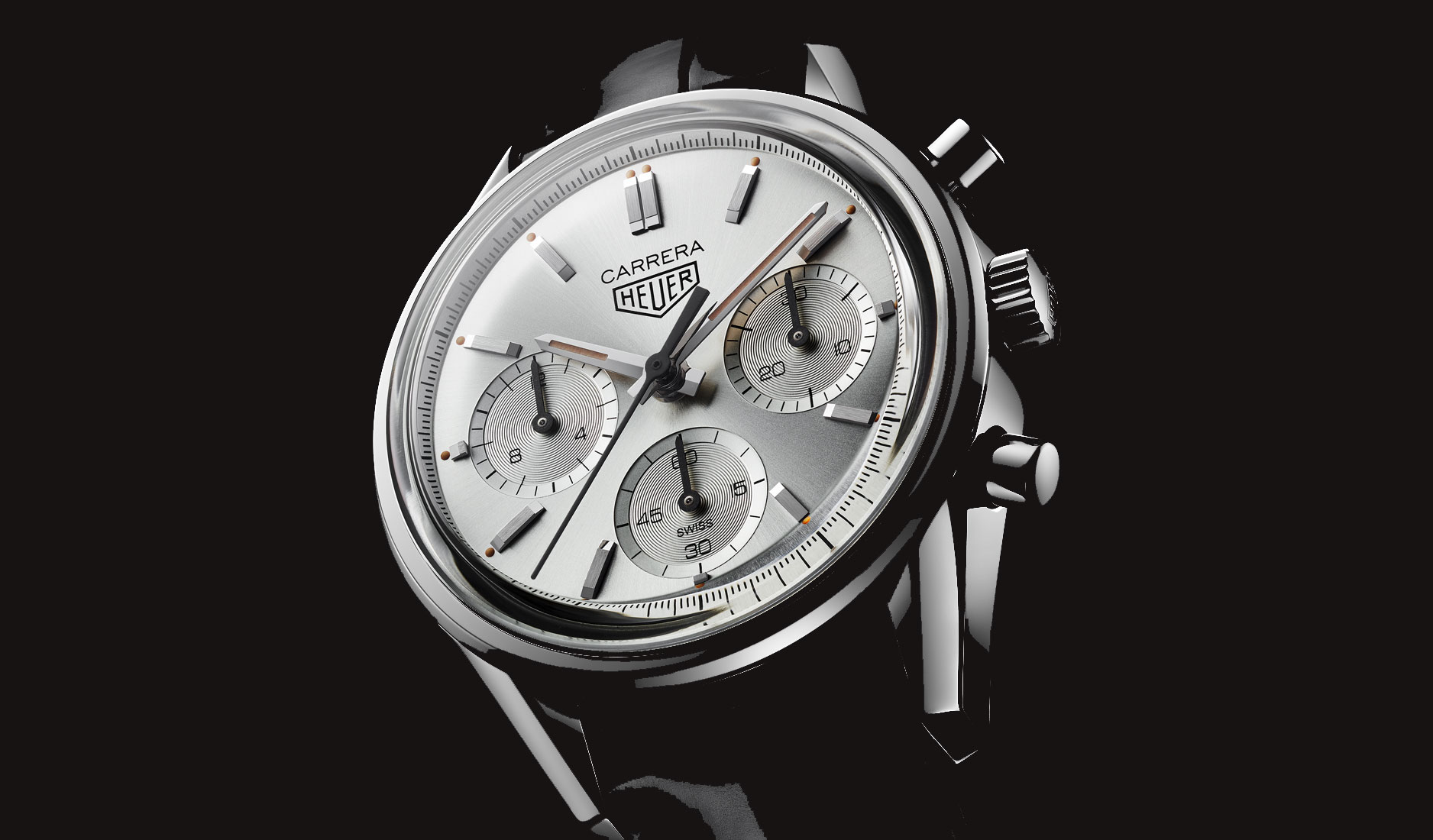 When the first Heuer Carrera was introduced in 1964, it was the epitome of clean, legible design, just the way then-CEO Jack Heuer envisioned the ideal timepiece for motor racing. And with its sleek silver starburst dial, snailed or azurage counters and simple baton indexes, the watch debuted to popularity and acclaim.

Fifty-six years later, TAG Heuer is reviving the original Carrera in all its glory and more for the brand’s 160th anniversary. It’s fitting that this model should be chosen to lead the year-long celebrations since the Carrera is one of TAG Heuer’s most distinguished collections. 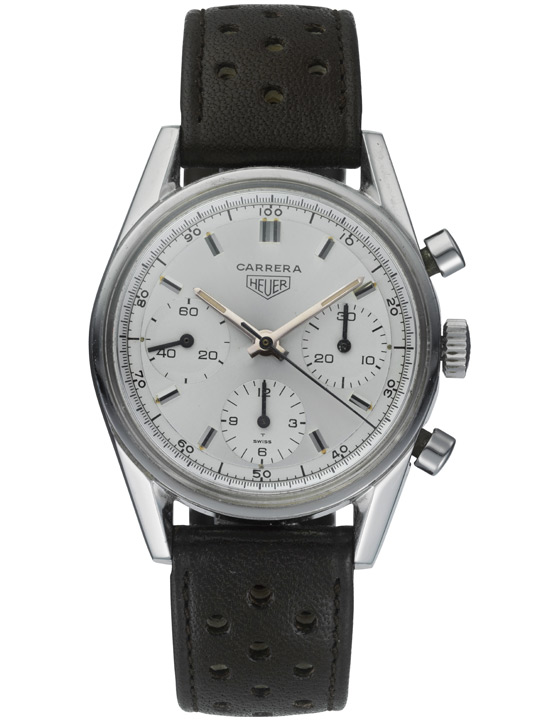 To cater to modern tastes, the new Carrera is slightly larger at 39mm, three millimetres up from the original 36mm. While more contemporary, the size remains in the comfortable unisex range, which is good news for the fairer sex, or for couples who like to share their timepieces. 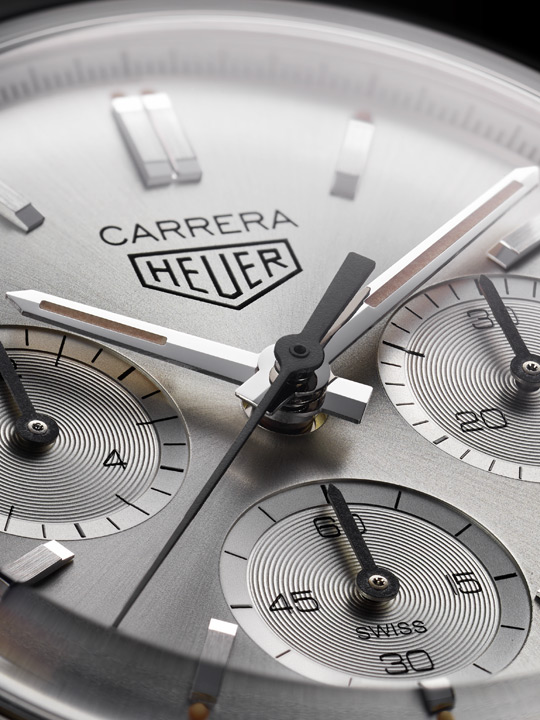 One of the most striking differences is the recessed counters on the new Carrera. Compared to the original model with flat totalisers, the recessed version gives more depth to the dial. Additionally, the 12-hour and 60-second totalisers have swapped places because of the difference in construction between the original Valjoux 72 movement and the Heuer 02 movement that powers the new version.

Equipped with an 80-hour power reserve, the Heuer 02 features a vertical clutch that increases the precision of the chronograph, as well as a column wheel (found in most high-end chronographs), contributing to a smoother actuation of the pushers. This, in turn, leads to greater accuracy when activating the chronograph. 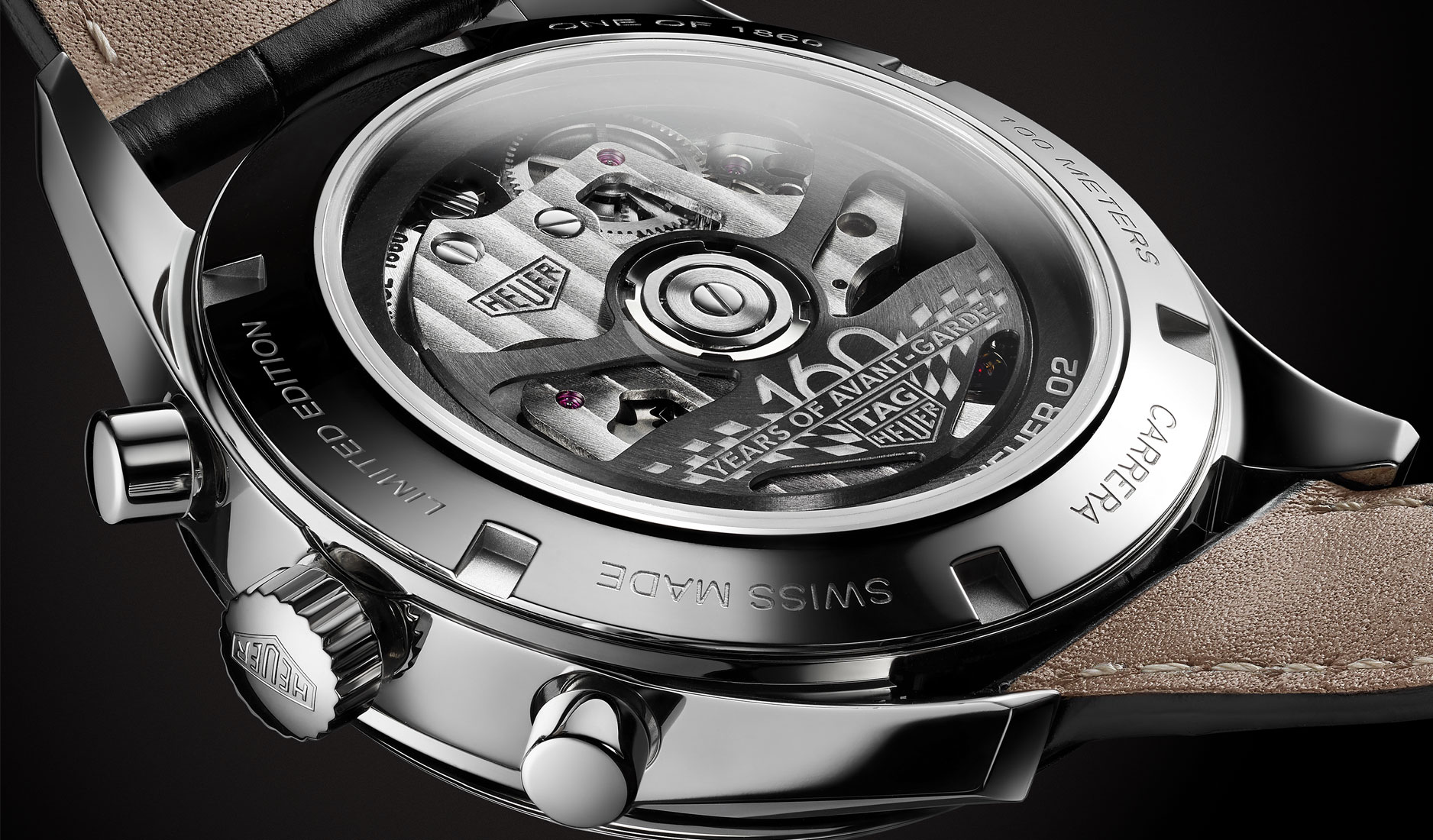 Beige Super-LumiNova marks each hour, as well as the new facetted hands, contrasting beautifully with the silver sunray brushed dial, which features the historical ‘Heuer’ logo. At the back, the rotor is decorated with a special engraving to denote 160 years of TAG Heuer.

Limited to just 1,860 pieces, the watch is not numbered in the conventional sense. Instead, it simply reads ‘one of 1860’ on the caseback. An unusual move, but this also means there will be equal demand for each piece, instead of the allocation quandary the brand will find itself in when deciding who gets the ‘lucky’ numbers. Judging by its good looks and impeccable history, we think this commemorative Carrera will be off to a flying start.