Thinking of getting a TAG Heuer timepiece? This one’s for you, football fans. 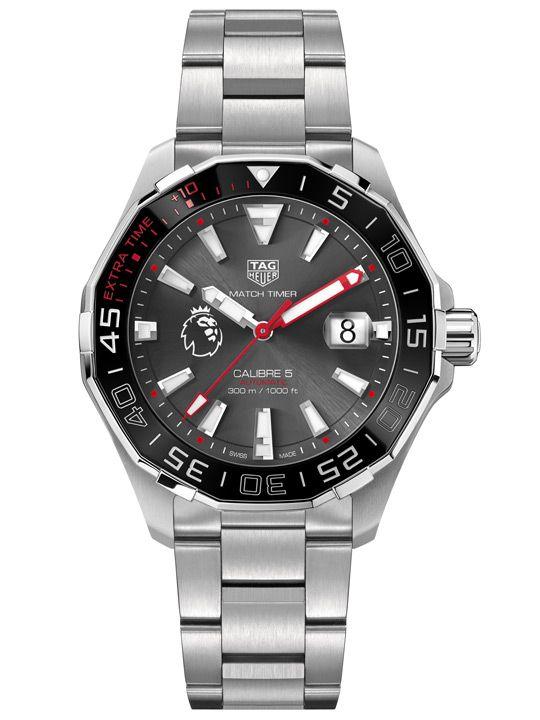 Initially, we thought it was surprising that TAG Heuer would pick the Aquaracer—a dive watch—for a football-themed piece. Why not the Carrera or Monaco? After all, these timepieces are inspired by the racing world where speed and dexterity on the track count for just as much on the pitch.

However, upon further thought, the choice became more obvious. The Aquaracer comes with a cleaner slate both literally and figuratively, with less obvious associations to another sport, making it an ideal canvas for a Premier League special edition.

The steel timepiece features an anthracite grey dial with sunray finishing and, at nine o’clock, the new Premier League lion logo which is also repeated in an exclusive engraving on the caseback. Baton indexes are coated in white Super-LumiNova while the hour hands are rhodium-plated and minute and second hands are red.

On the off chance you forget this is a football-themed watch, the ‘Match Timer’ inscription under the TAG Heuer logo at 12 o’clock will remind you, along with the 45-minute numeric indicators (for each half) on the black ceramic bezel. And in case your game goes into extra time, you can monitor it from the red-lacquered 15-minute counter on the bezel.

Housed within the generous 43mm case is the self-winding Calibre 5, TAG Heuer’s version of the ETA 2824, a 26mm movement with 38-hour power reserve. Like most other Aquaracers, the watch comes with 300m water resistance, steel folding buckle and diving extension, not that you’ll need it on the pitch.