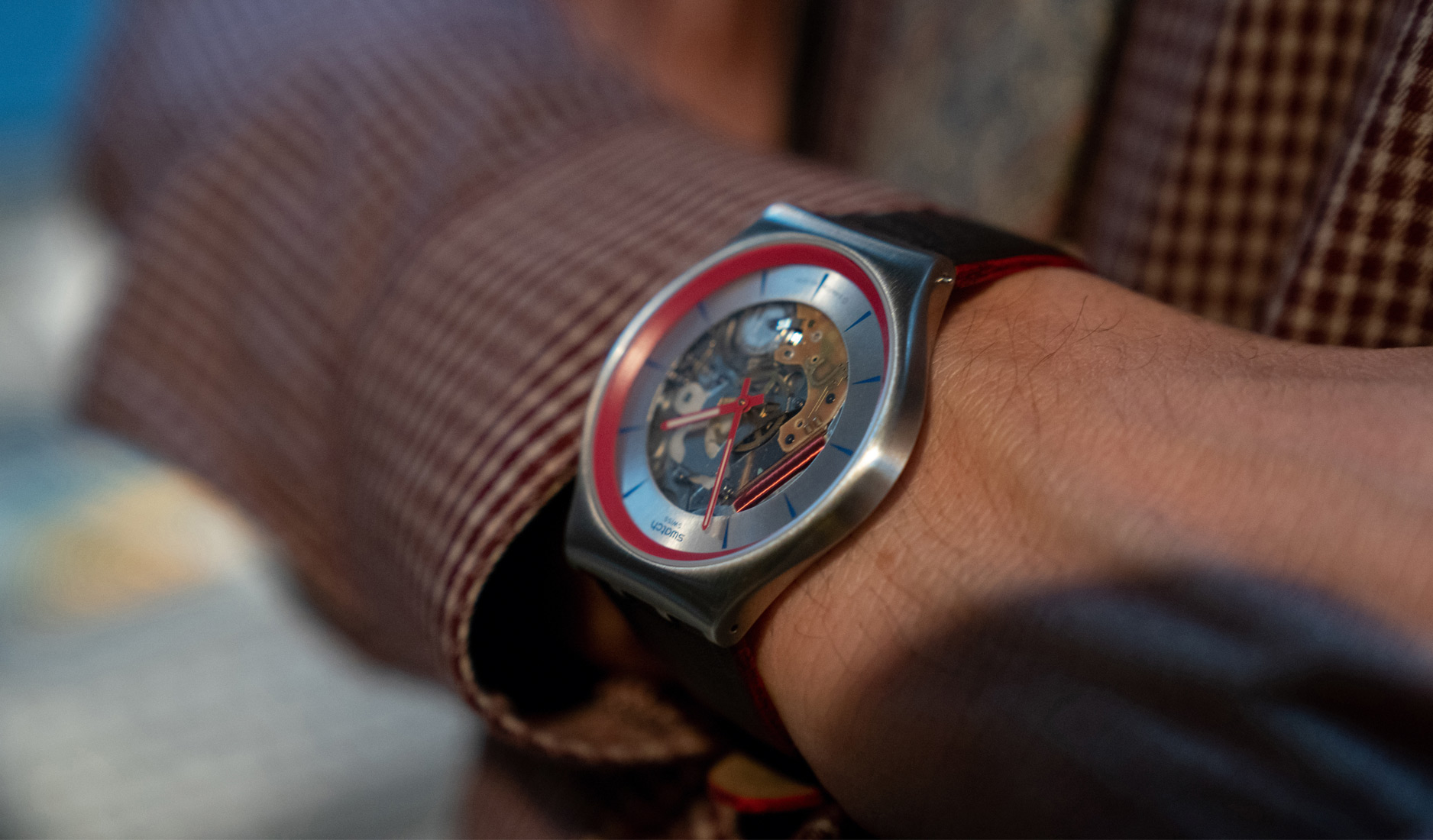 Swatch Q in No Time To Die

The worldwide release date for the latest James Bond movie, No Time To Die, has been postponed from April to November, no thanks to the COVID-19 outbreak. Horological marketing efforts, however, are going full-steam ahead, evinced by Omega’s launch of its commemorative James Bond limited editions earlier this year and now, with Swatch’s new capsule collection of Bond-themed watches. 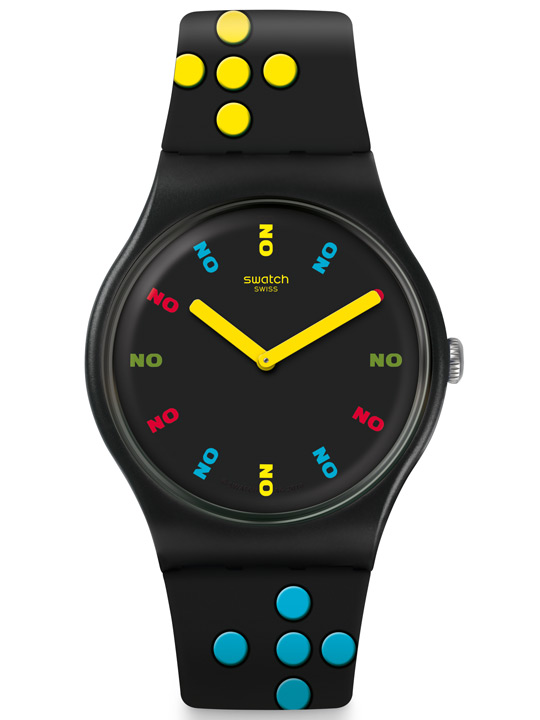 The collection comprises six models, each paying homage to a popular James Bond movie, as well as one special edition called Swatch Q, inspired by the gadget-dispensing character who equips the secret agent with his teched-up devices (incidentally, a version of the Swatch Q also features in No Time To Die, worn appropriately by its namesake character). 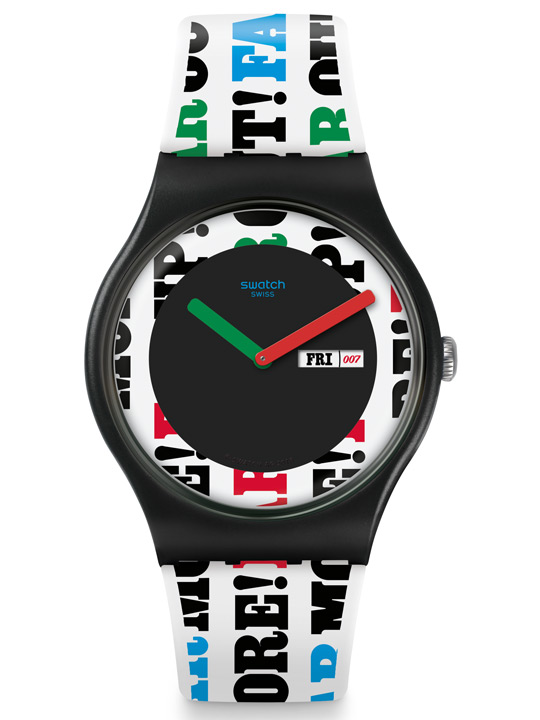 On Her Majesty's Secret Service

But back to the six capsule collection models. Inspired by the movie posters and opening title sequences of the most beloved James Bond films through the decades, the watches are imbued with the films’ spirit through graphic, artful designs. The ‘Dr. No’ and ‘On Her Majesty’s Secret Service’ models, celebrate James Bond’s big screen moments of the 1960s with clever design references - a pop-art-ish take with the former, employing striking coloured dots and the word ‘NO’ on the hour markers and for the latter, a strap etched with popular phrases from the era (‘Far Out! Far More! Far Up!’), as well as a sub-dial that reveals the ‘007’ logo every time the time gets to seven o’clock. 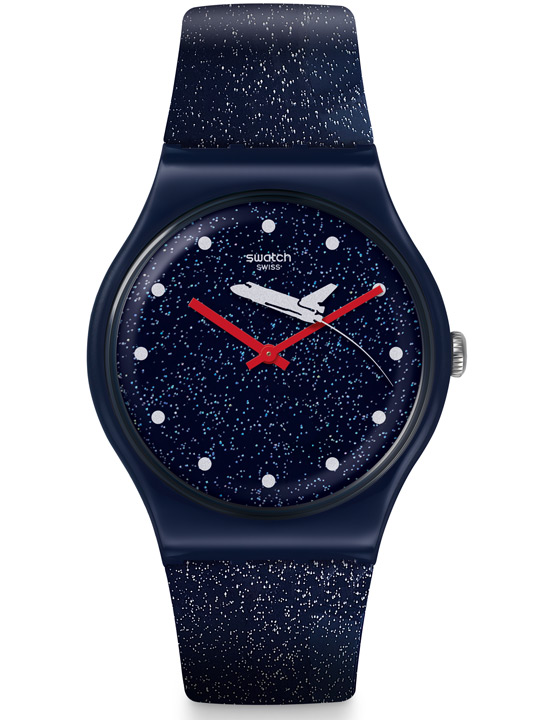 The swankiest of the six has to be the ‘Moonraker’ model, a glittery, dark navy piece depicting the Moonraker rocket on the dial. But if, like us, you like your Bond memorabilia to be even fancier and more forthright, check out remaining models, decked out in colourful motifs that recall the films. 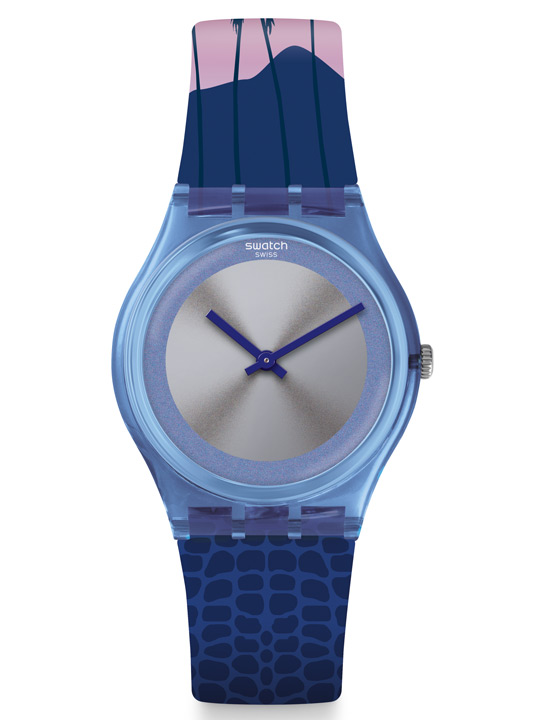 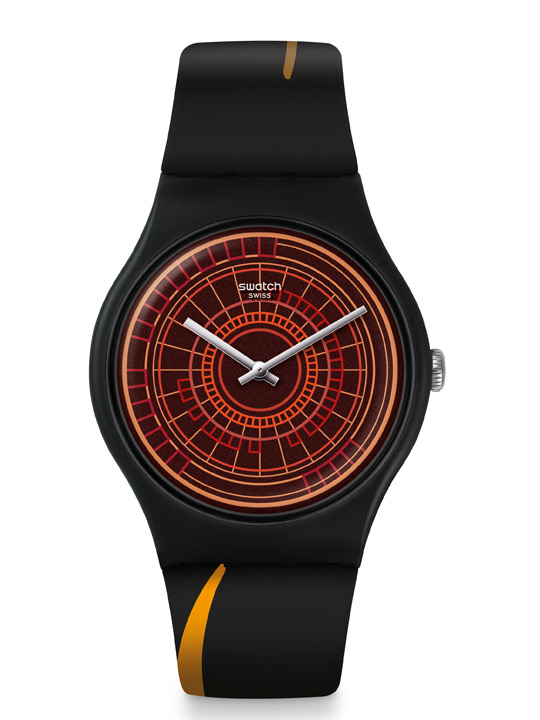 The World Is Not Enough

Take your pick from a balmy Mexican sunset (‘Licence To Kill’), flames licking up towards a radar-like dial (‘The World Is Not Enough’), and playfully rendered hearts, spades and diamonds (‘Casino Royale’). 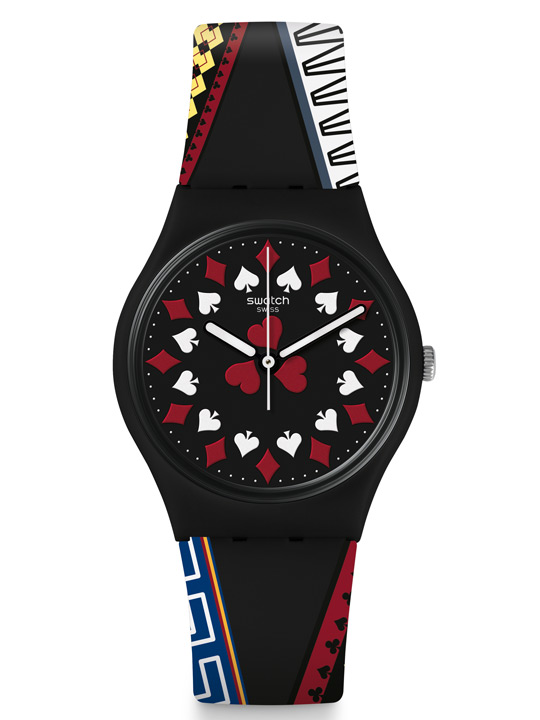 Last but not least, for the true-blue James Bond and Swatch buffs, there is the Swatch Q. Limited to 7,007 pieces, the Swatch Q is designed in collaboration with No Time To Die’s costume designer Suttirat Anne Larlarb and based on the Skin Irony, a two-year-old Swatch collection defined by slim steel cases. 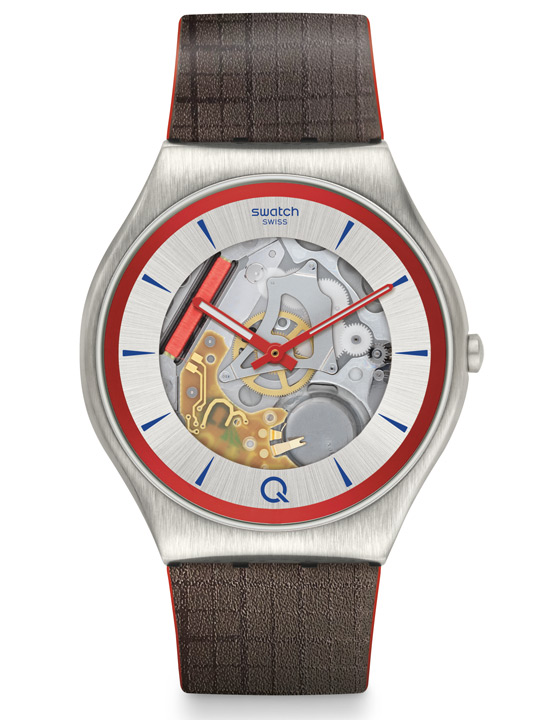 For the movie tie-up, Swatch endows the Swatch Q with loads of interesting details, including an open-worked dial that showcases the quartz movement, an aluminium dial outer ring with red circumference and the letter ‘Q’ at six o’clock, and a plaid-patterned strap. To top things off, the watch comes in a cool presentation box that recalls a secret agent’s (presumably Q’s) laptop. If none of the six models in the capsule collection catches your fancy, the Swatch Q ought to do the job. 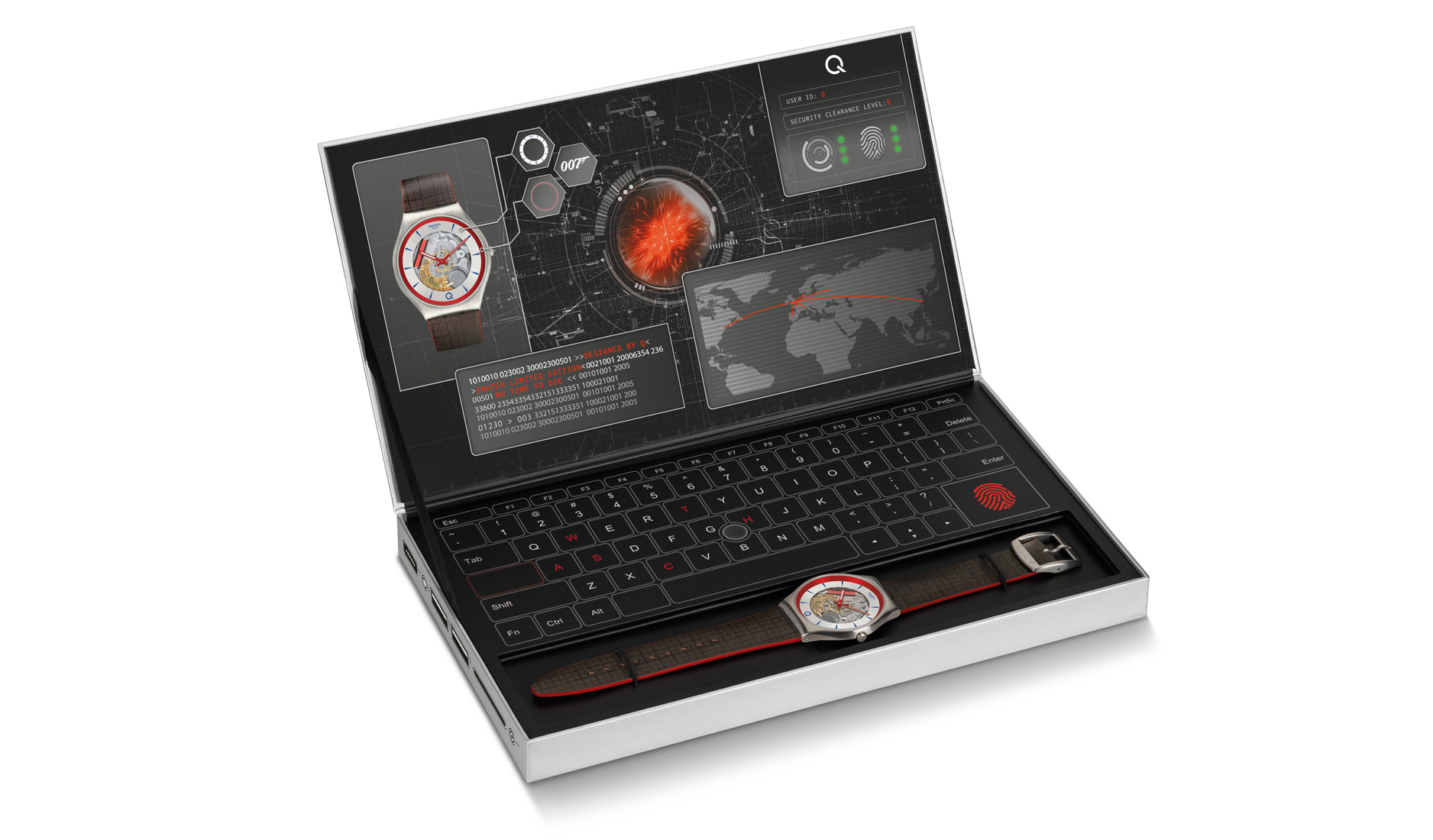