Seiko fans accustomed to the dizzying assortment of watches that the Japanese watchmaking giant rolls out each year are in for a pleasant conundrum. Already spoilt for choice with the slew of offerings from sports (Astron, Prospex, 5 Sports) to dress watch collections (Presage, Lukia, Premier), we are enticed even more this year with the re-introduction of the King Seiko, an iconic line that oozes classic chic with a generous measure of nostalgia.

The new-generation King Seiko takes its design cues from the King Seiko KSK, which debuted back in 1965. The original King Seiko KSK was an office-style dress watch that was typical of its time – unfussy, refined and utilitarian at the same time. And Seiko has expertly transposed these qualities onto the modern King Seiko collection. 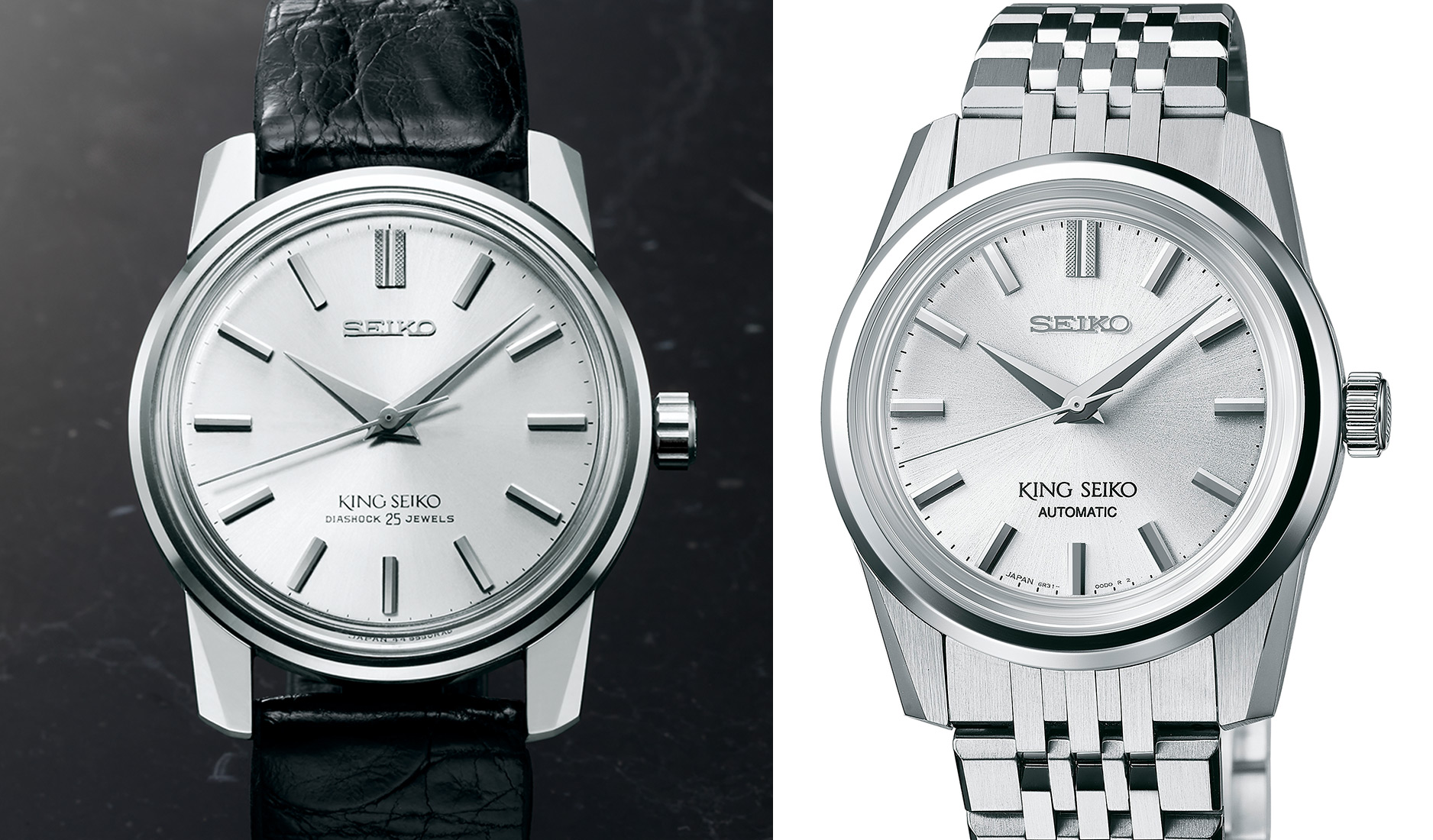 The new King Seiko watches really take you way back. At first encounter, we are struck most by the case size – 37mm across and 12.1mm thick – which recalls timepieces of the 1960s. For context, the King Seiko’s closest cousin, the equally dressy and classic Presage collection, has cases that measure approximately 40.5mm.

The watches’ vintage-inspired aesthetics don’t stop there. Available in five dial colours – light grey, charcoal grey, brown, red and a subtle silver tone similar that to the King Seiko KSK from 1965 – the new-generation models bear a striking resemblance to the original. The three-hand display sans date, facetted Dauphine-style hands and baton hour markers, ‘Seiko’ logo and ‘King Seiko’ typeface are faithfully replicated on the new models, complemented by a stepped bezel and boxed sapphire crystal to complete the look. Of course, the aforementioned features benefit from more refined finishing, so that the nuanced details and aesthetic qualities appear more pronounced. The refined curves and lines of the case, chamfered edges on the lugs, sharp facets on the hands and indices are well-executed and distinct, accentuated by contrasting brushed and hairline finishes. Elsewhere, the crown and caseback bear the new King Seiko emblem, which is inspired by that of the 1965 original.

Though emphatically smaller, slimmer and sophisticated looking, the King Seiko models are far from frail. Water-resistant to 100m, they are powered by the automatic Calibre 6R31 with 70 hours of power reserve – a very decent movement that is more energy efficient and is a direct upgrade on the Calibre 6R15, which had been one-of Seiko’s go-to movements for the past decade. Fans who are familiar with Seiko’s repertoire might be wondering how the new King Seiko ranks compared to the Presage range, as well as the decidedly upmarket Grand Seiko, which has since become a brand unto itself with its own product families.

Given its price point, the King Seiko is certainly in the ‘affordable luxury’ bracket – a distinctly different proposition to Grand Seiko, which is positioned as a contender in the haute horolgerie arena alongside other high-end Swiss luxury brands. Within the Seiko catalogue, the King Seiko may sit alongside the Presage collection in terms of both price range and general aesthetic appeal. However, the King Seiko is unique in that it offers an emotional and nostalgic connection to one of the brand’s most beloved vintage watches, while the Presage’s classic and artful watches bear a more contemporary spirit.

Certainly, the King Seiko more than holds its own and we think it’s a winsome addition to the brand’s line-up. With its deft combination of throwback chic, no-nonsense functionality and competitive price tag, the reign of the new-generation King Seiko looks to be off to a pretty good start. 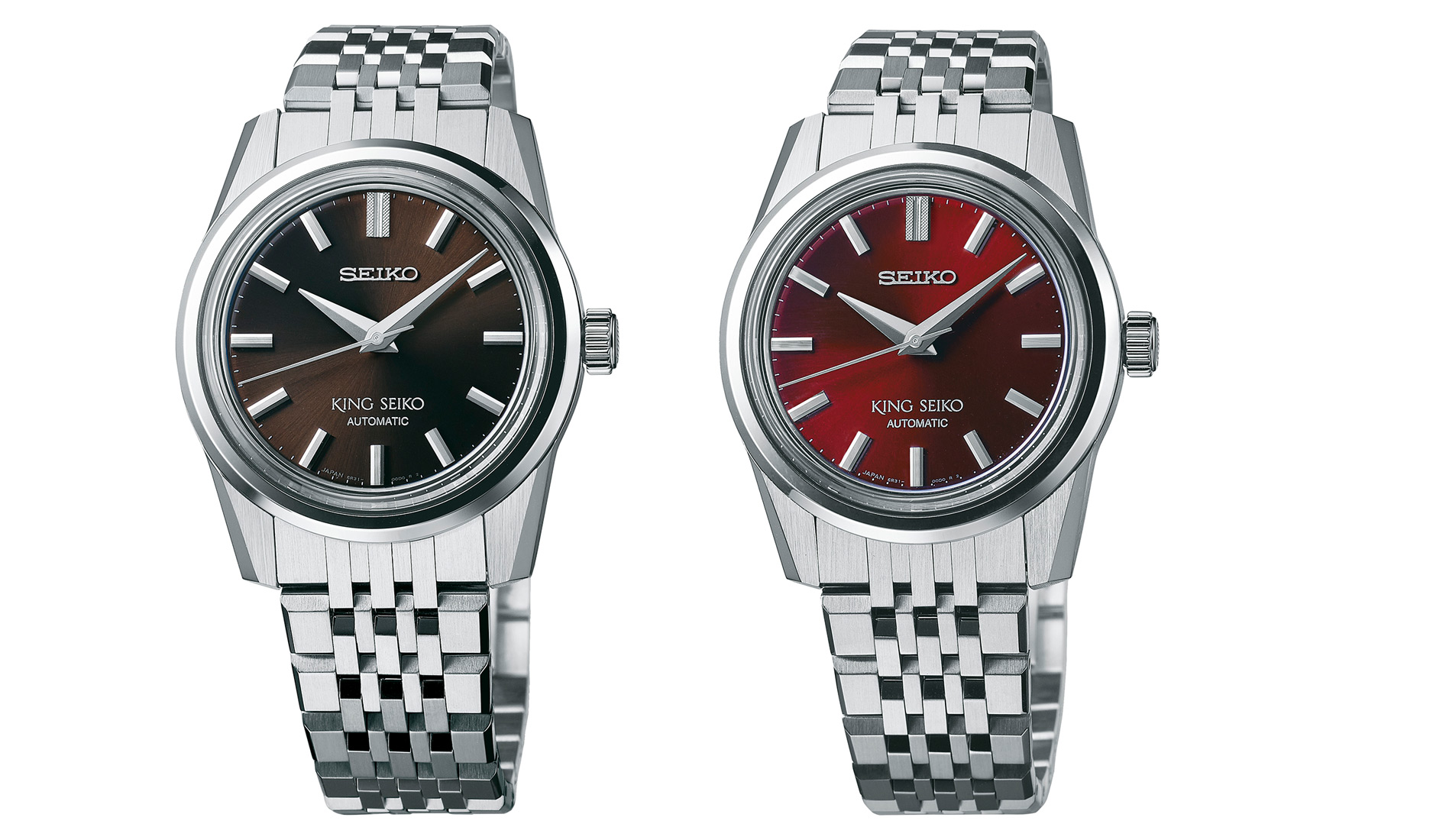