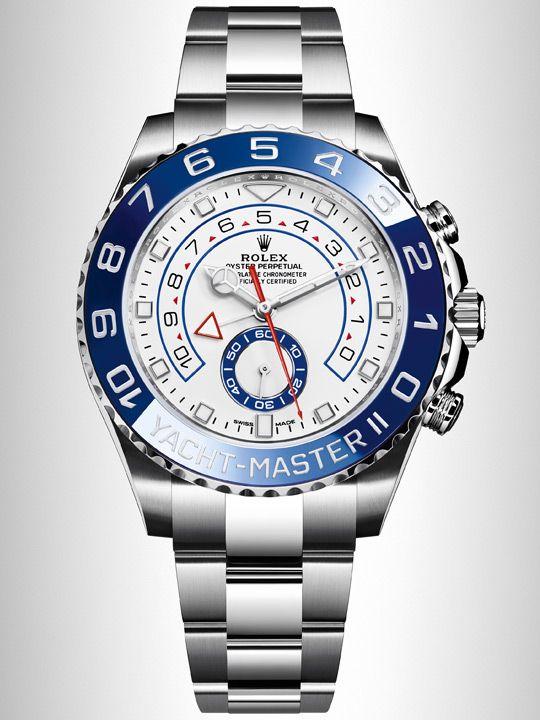 Of all the horological complications we see in watches, the regatta function has to be one of the least used. Firstly, it’s unlikely your regular weekend plans involve being on a sailboat, let alone racing competitively in one. Secondly, well, refer to point one.

This hasn’t stopped a number of brands from marching out regatta watches this year, though. And naturally, we turned to Rolex to see what updates the horological giant would endow on its emblematic Yacht-Master II.

Aesthetically, this is a very handsome watch so it’s unsurprising Rolex hasn’t tweaked the formula very much. The last time it launched a Yacht-Master II was in 2015 and, to be honest, we had a little trouble playing ‘spot the difference’.

On the whole, the watch looks very similar to the previous model, which means it’s every bit as good-looking. It’s the same 44mm, with ‘machismo’ written all over it. The sporty Ring Command bezel sports a similar blue hue with Cerachrom inserts, and comes coated in platinum via magnetron sputtering. In simple terms, it’s a manufacturing process which deposits a thin film (in this case, platinum) over a surface and has been used in semiconductor and optical industries.

While the previous model featured square indexes, the new version uses a triangle marker at 12 o’clock and a rectangle at six o’clock to clearly indicate the direction of the reading, which is important when you want information at a quick glance. 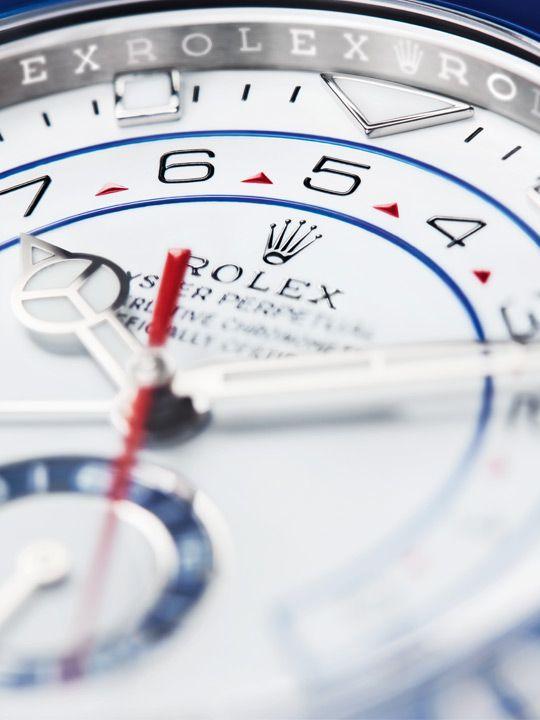 Although it’s a regatta watch, the Yacht-master II has familial ties to the Daytona with the previous model bearing hands found on the Daytona models. This year, the hands are new, incorporating Rolex’s signature ‘Mercedes’ hour hand (above).

Additionally, the Yacht-master II is driven by the in-house Calibre 4161, based on the Calibre 4130 built for the Daytona in 2000. For precision, the self-winding calibre is fitted with a traversing column wheel and vertical clutch, allowing for instantaneous chronograph start, crucial when you need to start your race as accurately as possible.

When it comes to functionality, the watch is easy to use. A countdown duration of up to 10 minutes can be programmed via the Ring Command bezel which is turned and locked. To launch the countdown, simply press the pusher at two o’clock to start the centre seconds hand. The shorter, red-tipped triangle hand indicates the remaining minutes on the countdown scale.

To synchronise the watch countdown with the official race countdown, press the bottom pusher at four o’clock to activate the flyback reset function. The seconds hand will then run again when the pusher is released, while the countdown minute hand is automatically synchronised to the nearest minute to compensate for any time lost at the start.

Frankly, you’re unlikely to be putting the regatta function to use anytime soon but the innovation and know-how involved in creating such a complication is truly fascinating. Whether or not you activate it, you’ll know that you’re wearing a mechanical marvel on your wrist and that’s really something to be very proud of.