Up-luxe your Rolex Submariner with a mix of steel and gold.

As much as we hate equating timepieces to status symbols, like it or not, a gold Rolex is almost certain to endow its owner with boss-zone gravitas. And when it comes to the Submariner, the steel cased Ref. 114060, priced at about $10,300 in Singapore, may rank as one of the most coveted professional Rolex models to get for first-timers. (Find out why here and here.) But beyond that, for mature Sub-fans who have gained an increased propensity to spend as they advance in their careers, this historically significant, bi-coloured Ref. 116613LB makes for a tempting upgrade. 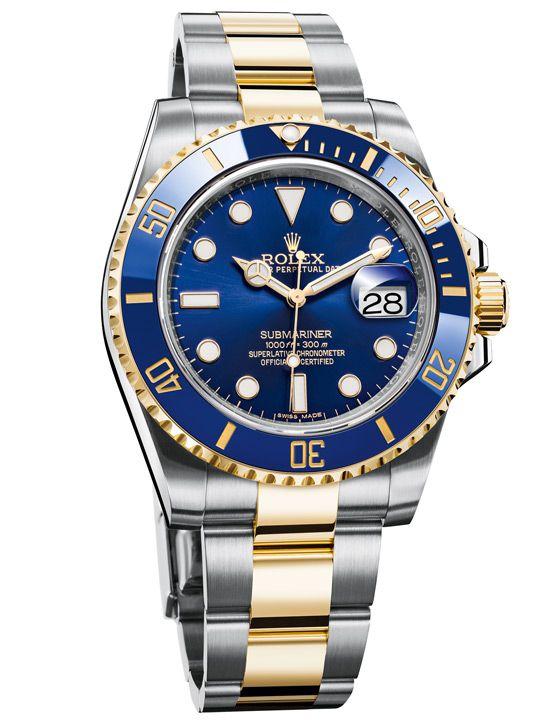 Introduced in 2009, the Ref. 116613LB was the first Submariner to boast a Cerachrom bezel along with the Rolesor configuration (yellow gold and stainless steel, in Rolex-speak). Going just a little deeper, for those who are keen to join the dots, this Ref. 116613LB was rolled out as a replacement for the Ref. 16613, which has been around since 1988.

The Ref. 116613LB sports a ‘Maxi’ dial, which boasts larger hands and indexes compared to its predecessor, as well as the aforementioned Cerachrom bezel, which replaces the aluminium ones on previous models. The most appealing upgrade, however, is the deep and lustrous blue on the sunburst dial and Cerachrom bezel – a shade that some Sub fans claim to be in a richer and more even tint than before.

With yellow gold in the mix, the Ref. 116613LB feel undoubtedly weightier compared to steel versions. The extra heft is a nice reminder of not just the watch’s elevated reality, but also the collection’s sportiness and masculinity – the Submariner is, after all, a dive-ready timepiece.

As with other Subs, this pimped version boasts highly functional features such as unidirectional bezel, 300m water resistance with proprietary Triplock winding crown, and Chronalight display for strong and lasting illumination in the dark. That said, the Ref. 116613LB will probably look more at home atop a superyacht party than in ocean depths. Unless, of course, you decide to be a true baller and pit it against the elements for real.