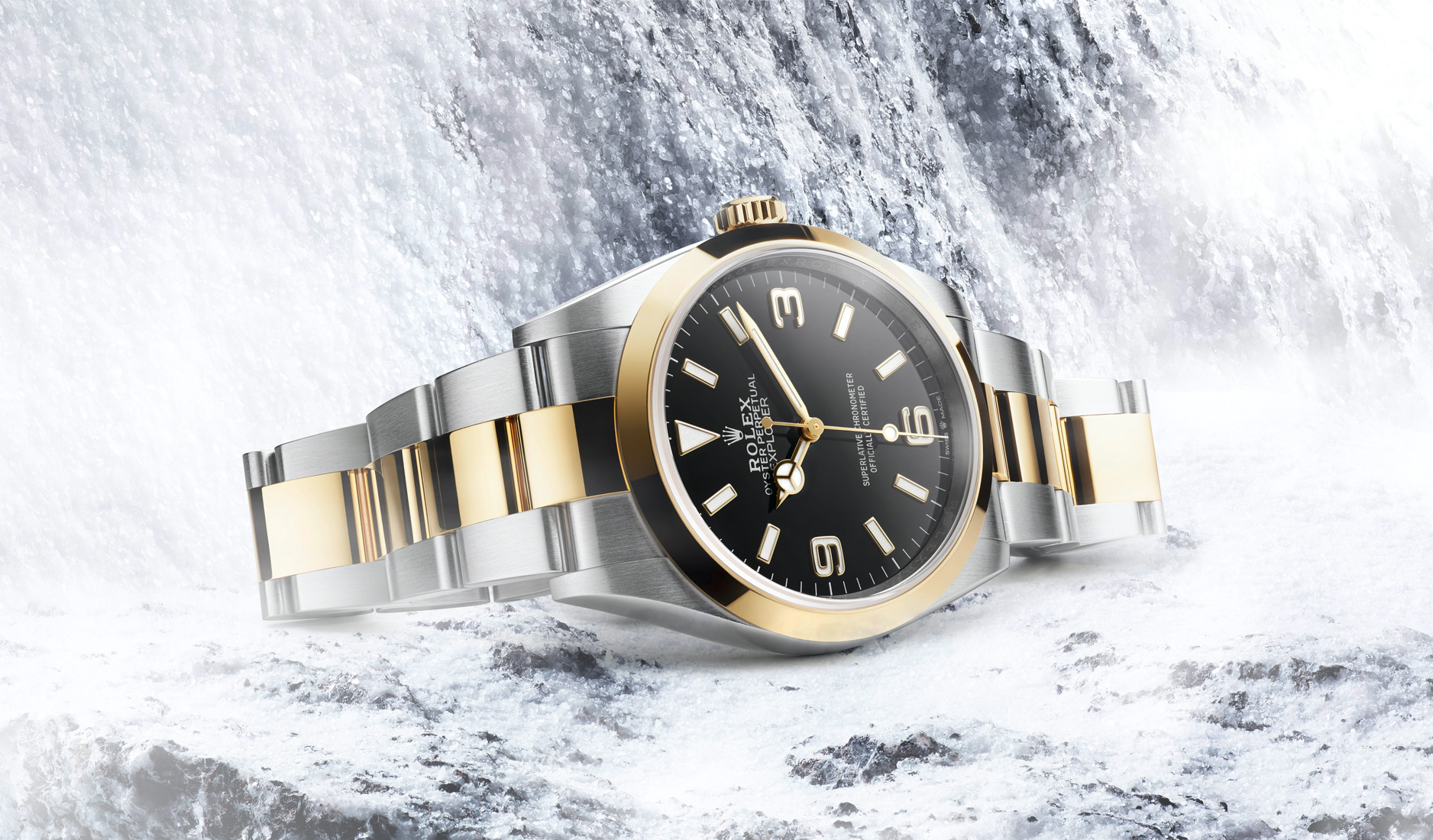 Given the Rolex Oyster Perpetual Explorer’s stature today as a luxury accompaniment that flexes style and versatility in swanky urban environs, it helps to remember that the watch was borne of sterner tests.

The result of decades-long field tests, where Rolex equipped mountaineers with timepieces on their expeditions to the Himalayan mountains from way back in the 1930s, the Explorer was forged in the most extreme conditions. In fact, the watch was famously introduced after one of the most epochal human expeditions – the conquering of Mount Everest on 29 May 1953 by Sir Edmund Hillary and Tenzing Norgay. 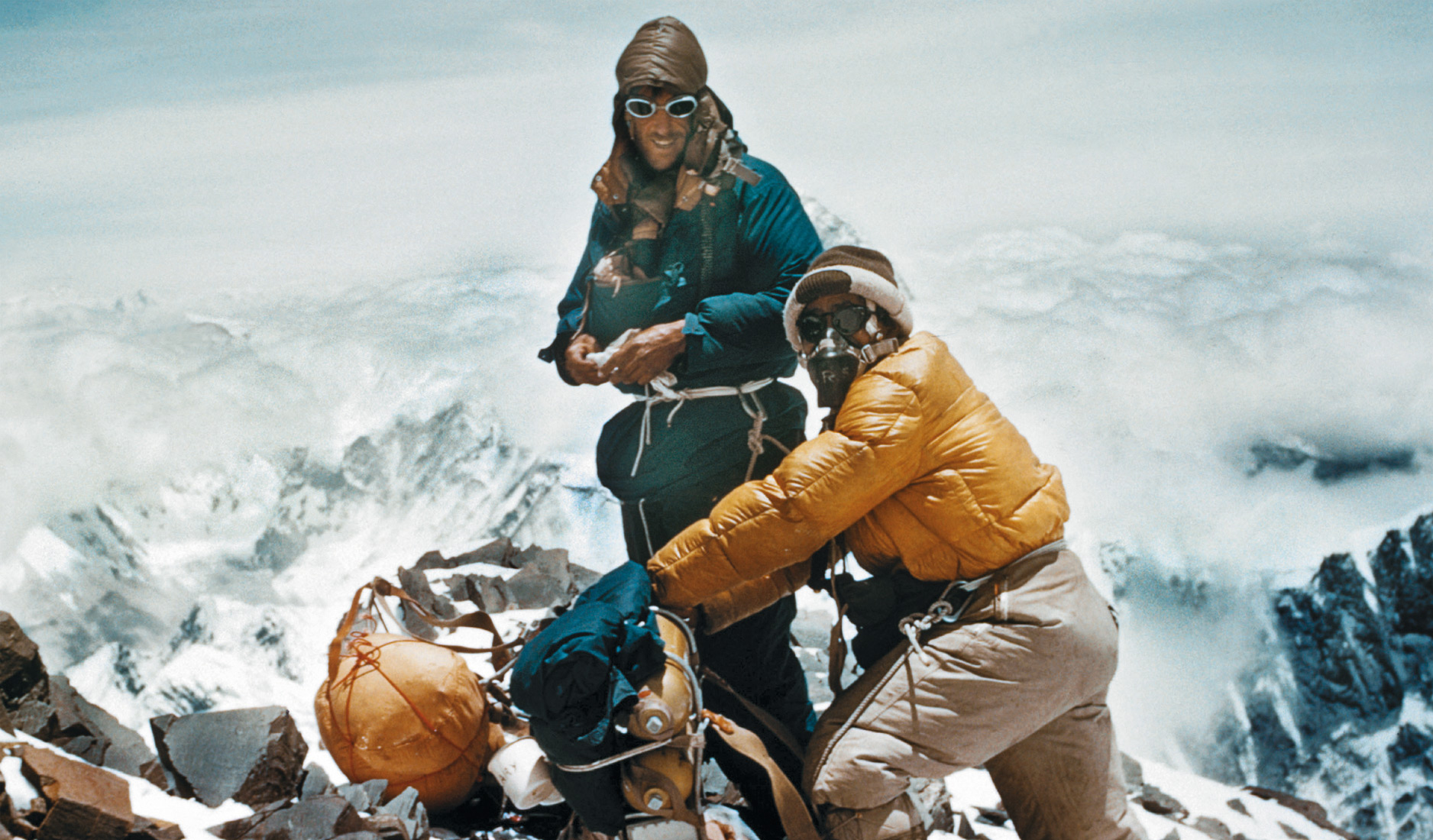 On Sir Hillary’s wrist was a Rolex Oyster Perpetual in a 36mm case that ticked faithfully as it accompanied both men on their adventure. Typical that Rolex saw fit to premiere the Explorer only after such an epic stress test. 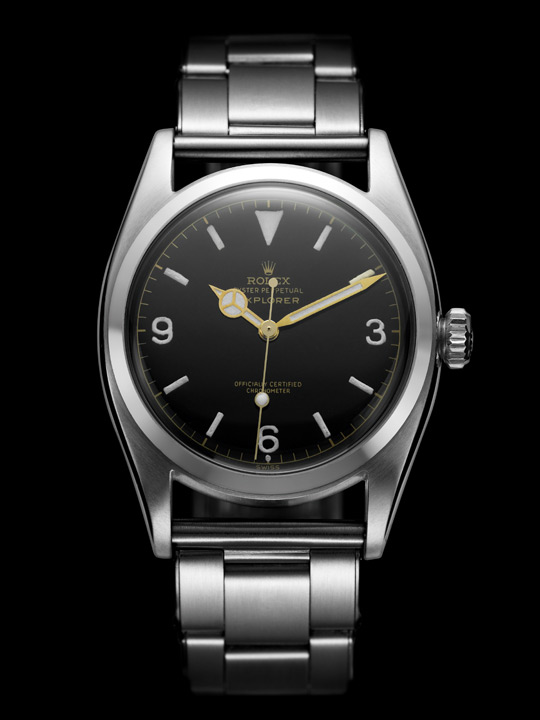 So how far has the pioneering tool watch come? Even as the Explorer scaled new heights of luxury in tandem with Rolex’s own ascent, the watch’s wearability and performance were always improved on. Past upgrades include implementation of innovations in case architecture to increase waterproofness and shock resistance, introduction of slimmer in-house automatic movements that allow for more ergonomic designs, and reworked dial displays that enhance legibility.

The latest additions to the Explorer family have been dubbed ‘new-generation’ models, ostensibly because the watches have been re-worked from the inside-out. The most obvious change is in its size: the new-generation Explorer come in 36mm cases –a nod to the size of the original watch, and down from the 39mm of recent previous models. 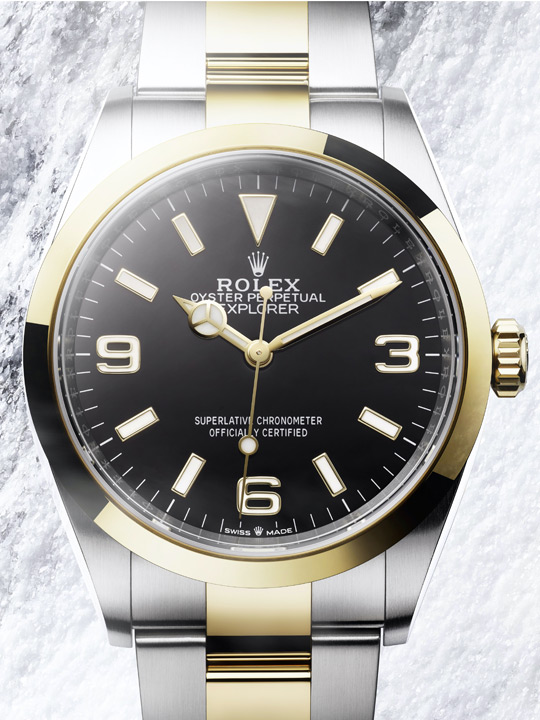 Given the norm for the size of sports watches to average between 39mm to 42mm, the new Explorer reverting to 36mm seems an unusual development. However, even in a smaller dimension, the new models fit beautifully on an average-sized men’s wrist of approximately 16cm to 16.5cm.

On the dial, the Explorer’s signature ‘3’, ‘6’ and ‘9’ numerals continue to anchor the watch’s familiar look, but this time, the hands and indices are coated with what Rolex calls ‘optimised’ Chromalight display, which emits a stronger and longer lasting blue glow compared to previous iterations. There is also the blink-and-you'll-miss-it shift in the position of the ‘Explorer’ name from the bottom to the top half of the dial. 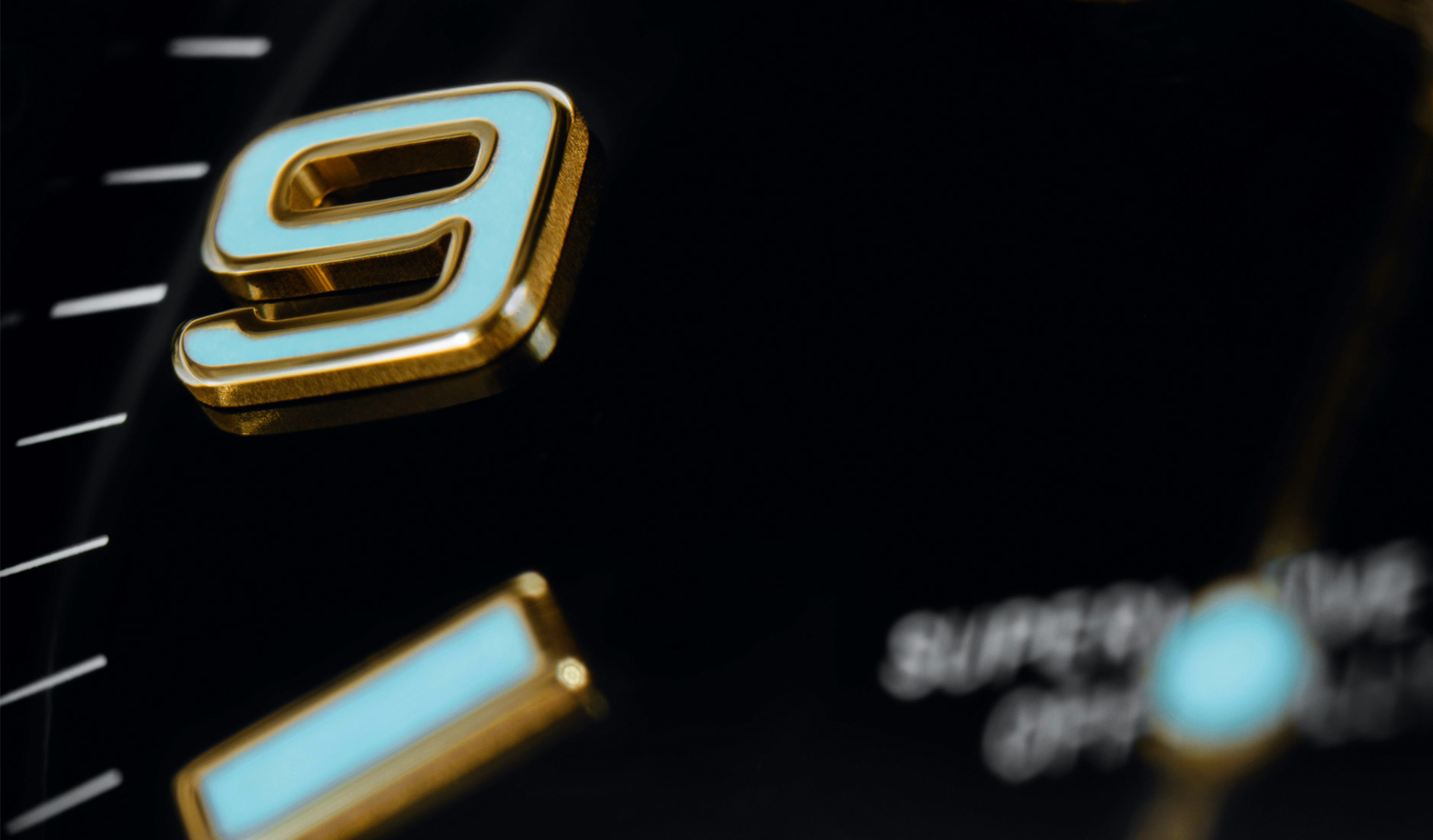 Living up to the collection’s reputation, the new Explorers are built for robustness and performance. The watches are water-resistant to 100m, fortified by Rolex’s proprietary hermetically screwed-down case back and patented Twinlock winding crown system. On the inside is the Calibre 3230, the brand’s latest in-house movement from 2020. A cutting-edge movement, it features patented innovations such the Chronergy escapement fitted with a blue Parachrom hairspring that is 10 times more precise than a traditional hairspring in case of shocks, as well as a unique barrel architecture that guarantees 70 hours of power reserve.

As one’d expect from a take-no-prisoners tool watch, the new-generation Explorer comes in a steel case with matching three-link bracelet fitted with the patented Oysterlock folding safety clasp that prevents accidental opening, as well as the Easylink extension system that lets you adjust the bracelet length by approximately 5mm. 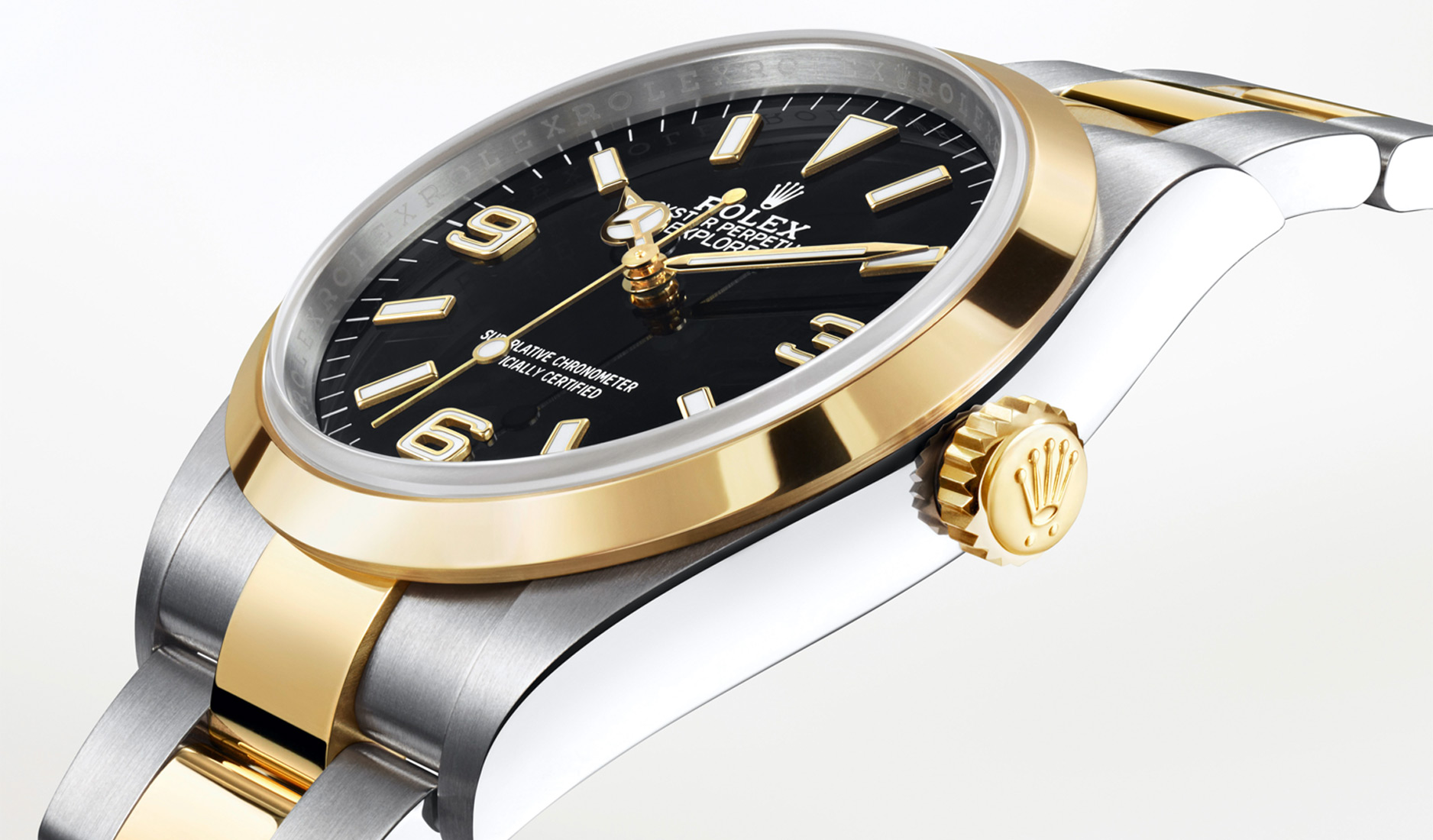 That said, the collection is also bolstered by an unexpected new variant in yellow Rolesor, a combination of yellow gold and steel. While the model is imbued with the spirit of an adventurer’s watch that’s built to withstand the elements, the combination of regal materials pushes the envelope on the Explorer into unchartered territories.

Whether one’s a purist opting for the version in Oystersteel, or an intrepid collector who is enticed by the gilded new armour, there’s no denying that Rolex has stated its case on what it means to truly – and boldly – evolve the modern luxury tool watch. After all, explorations inadvertently lead to new discoveries, right? 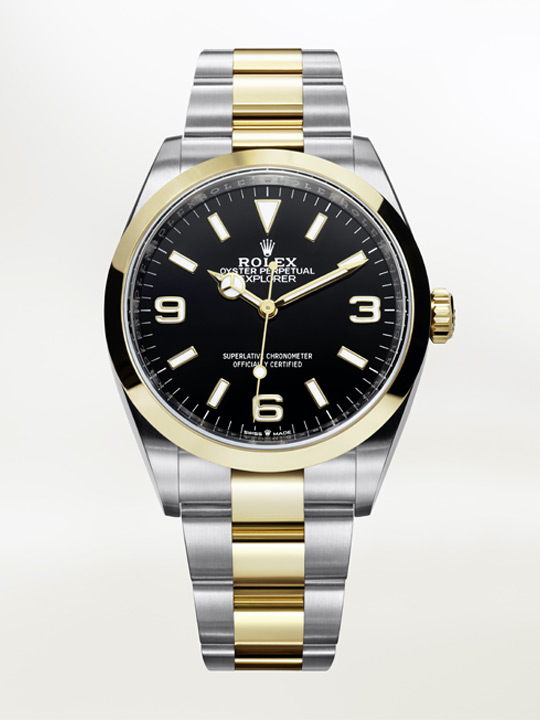