For one of the most interesting Rolex sports models, the Milgauss is not the most frequently discussed.

If you’re a Rolex fanboy, chances are you’ve already got a Submariner or Explorer in your sights, if not already on your wrist. Or perhaps the 2016 Daytona, if you’ve moved up the ladder (and waiting list) in life. But a Milgauss? Probably not the first Rollie that comes to mind, is it? Like that geeky straight As student whose crush is going out with the college jock, the Milgauss is actually really impressive inside but often overlooked in favour of the brand’s more popular sports models. 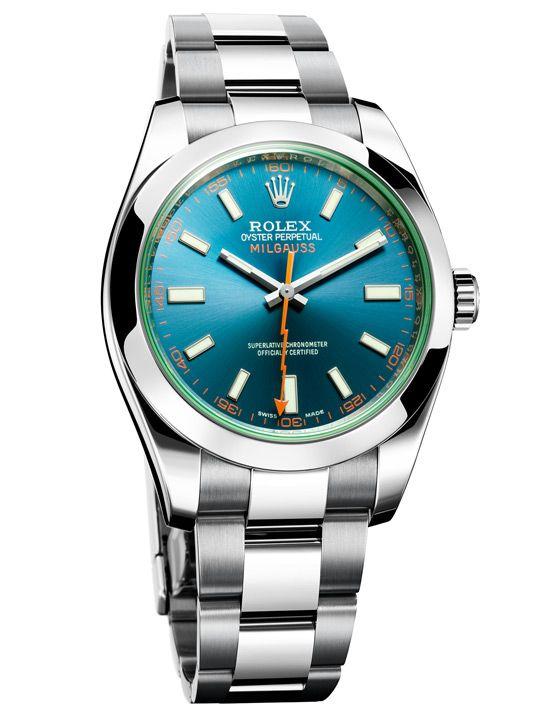 Launched in 1956, at a time when scientific experiments and innovations were booming, the Milgauss was created especially for engineers, technicians and scientists whose work exposed them to magnetic fields much stronger than what the rest of us experience in everyday life. In fact, it’s most noted for being worn by scientists at the European Organization for Nuclear Research (CERN), which gets the nerd in us all excited.

So why is the Milgauss such an important watch? Well, in short, it’s an anti-magnetic superhero. Most mechanical watches can withstand magnetic fields of up to 100 gauss without going all haywire inside, but Rolex clearly wasn’t going to be in the same category as “most mechanical watches”. Named after the French word, ‘mille’, which means ‘thousand’, the Milgauss is designed to withstand magnetic interference of up to 1,000 gauss (to put things in perspective, a fridge magnet has a magnetic field of about 50 gauss).

To put it simply, strong magnetic fields can be damaging to a mechanical watch’s movement since the components within (like the escapement and oscillator) are susceptible to being magnetised. When this happens, the watch’s precision is affected and, in extreme cases, the watch may even stop completely.

Protecting the Milgauss is its magnetic shield made of ferromagnetic alloys that surround the movement within the Oyster case. It’s engraved with the symbol for magnetic flux density (the letter ‘B’ with an arrow above) but only Rolex watchmakers will see it, so don’t bother straining your eyes to find it. For further protection, both the escapement and oscillator are made with proprietary paramagnetic materials like the brand’s signature blue Parachrom hairspring.

One of the first things you’ll notice about the watch is the orange seconds hand shaped like a lightning bolt—a feature inspired by the 1956 Milgauss Ref. 6541 (below). 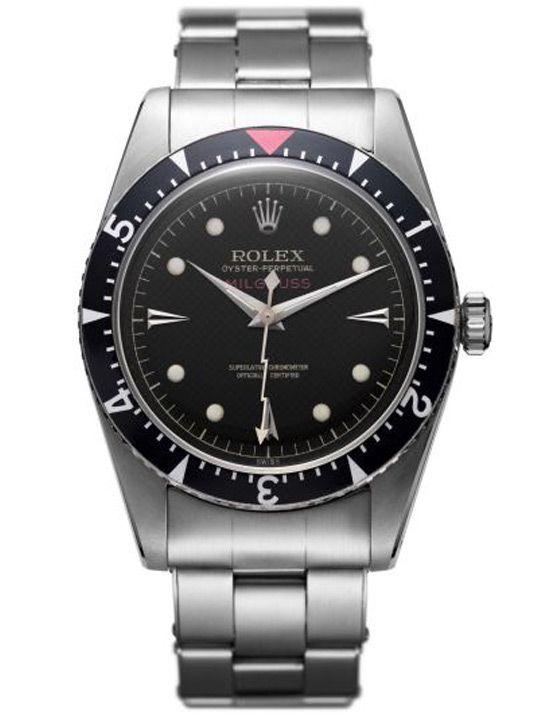 The other distinguishing feature is its green sapphire crystal over the dial, introduced in the 2007 anniversary edition of the watch and which is also in the latest 2014 version with a blue dial. It’s a polarising accent for sure, with some disliking the hue it throws on the coloured dial, while others liking the unique look it lends to the watch. Although the green is purely for aesthetic (rather than anti-magnetic) reasons and produced only by Rolex, it is such a complex and expensive endeavor they didn’t even bother patenting it. That’s confidence on a whole other level right there.