Every year, we wait with bated breath to find out what the new Rolex highlight will be. Because we know that’s the watch that will dominate headlines and collectors’ lists for the rest of the year. And because whatever Rolex knights with its magic wand seems to be incredibly well-received in watch circles.

Last year’s star, the Sea-Dweller (more on it here and here) won praise for its addition of a Cyclops lens, which was previously omitted because earlier versions of the watch used a plexiglass dial cover, which would introduce a weak point and the possibility of the Cyclops lens popping off. With the new version’s sapphire crystal, that possibility was eliminated and the Cyclops added.

Such improvements may seem like a small thing but they’re enough to get aficionados excited and that’s certainly the case with the new GMT Master-II as well. Although the watch comes with a new movement—the Calibre 3285—it’s not entirely about that. But before you get triggered, allow us to explain.

It’s a given that Rolex movements are some of the most reliable and accurate in the market, crafted and tested to a high level of quality. While we won’t see minute repeater complications from the brand, what we’ve come to expect is exceptional performance, nothing less. 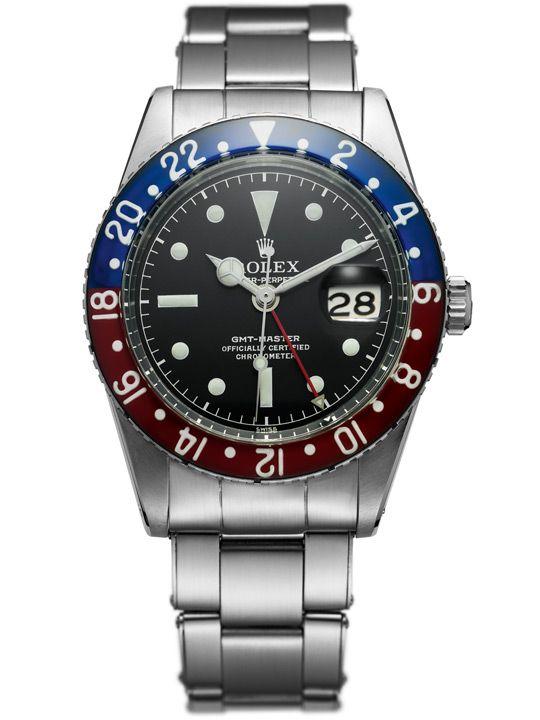 As such, the focus is very much on the story, the history and yes, the aesthetics. ‘Pepsi’ bezels, in particular, have come to be associated with Rolex in a big way since its introduction on the 1955 GMT-Master (above) and the watch’s subsequent appearance onscreen in Goldfinger and Magnum, P.I. The ‘Pepsi’ bezel was resurrected in 2014 with the GMT-Master II, and again in this year’s stainless steel version. 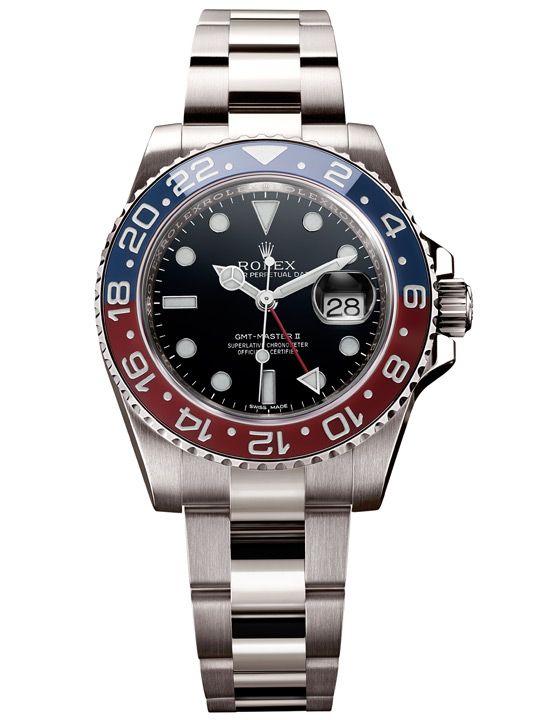 Like the Rolex Daytona of 2016 which flew off shelves before you could say ‘Cosmograph’, stainless steel gets fans very excited. The last GMT-Master II was offered in white gold (above) and, unless you’re the proud (and lucky) owner of a 1955 model, the combination of a ‘Pepsi’ bezel and stainless steel case would have eluded you. Until now. 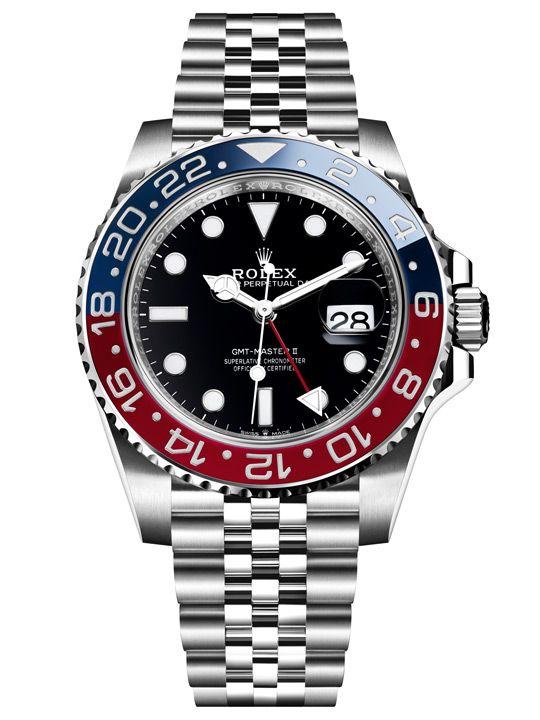 This year’s version pays tribute to the 1955 model, replacing the aluminium bezel with Cerachrom—Rolex’s high-tech ceramic that’s scratch- and corrosion-resistant. Instead of the original Oyster bracelet, the new model comes with a five-link brushed and polished Jubilee bracelet. Stainless steel, of course, also puts the watch at a (relatively) more affordable price S$12,430 compared to the white gold version at S$49,370.

With the movement (you didn’t think we’d leave that out entirely, did you?), you’re getting the brand new Calibre 3285, as mentioned earlier. This is an upgrade of the Calibre 3186, and is used in all the new GMT-Master II models. Over 10 patents have been filed in the course of the movement’s development. What you’re getting with the 3285 is a longer power reserve of 70 hours, thanks to new barrel architecture. It also gets Rolex’s Chronergy escapement and, as with all Rolex timepieces, is a Superlative Chronometer.

The new GMT-Master II also comes in Everose Gold and Everose Rolesor versions, both with brown and black ceramic bezel (can we call it a ‘Root Beer/Guinness?). Unlike the stainless steel ‘Pepsi’, the Everose versions take a bit more convincing (not to mention, a lot more money). We don’t expect the ‘Pepsi’ to last very long on shelves so if you’re a fan, we suggest you harass your favourite Rolex dealer now.