In rose gold for the very first time.

What can we say about the 2018 Rolex GMT-Master II that hasn’t already been said? Plenty, it seems, because we haven’t even scratched the surface with the Everose gold version.

Now Rolex (more like its fan base) has a penchant for giving its watches nicknames. Some of them are named after superheroes (The Hulk, Batman), while others are named for soda pops. Like this one here.

It’s as if Rolex is taking a walk down memory lane with their GMTs, bringing back really classic models that have amassed some serious aficionados. Just like how they sent pulses racing with the release of two new stainless steel Daytonas in 2016, the ‘Pepsi’ and ‘Root Beer’ are oldies but definitely goodies that rank very high on collectors’ lists. 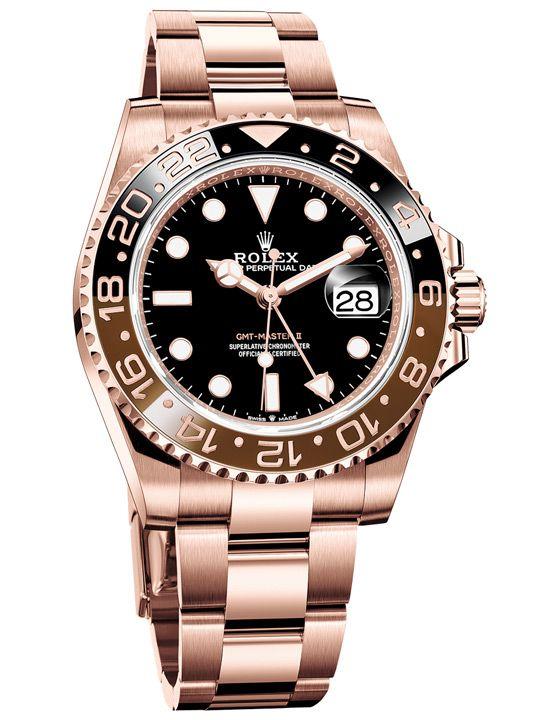 This year, not only has Rolex resurrected the ‘Root Beer’ bezel, it’s paired the cult favourite with Everose gold for the very first time, with one model completely in Everose gold and the other in Everose Rolesor. 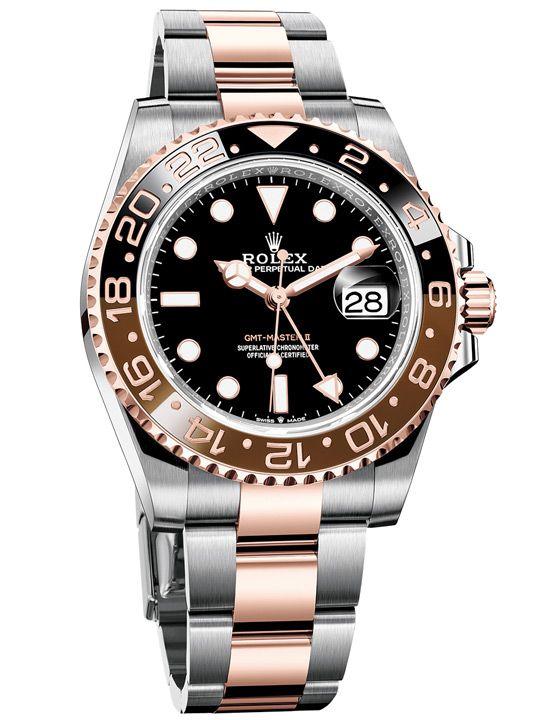 In all honesty, our reactions are mixed. One of us adores the combination, the other not so much. While the OG had a brown dial, this one comes with a black dial. Although the brown/black combination is not bad at all, the pairing with full Everose gold takes the focus off the brown and because both colours are so similarly warm, they seem to blend into each other.

We first handled the watch at Baselworld this year and, perhaps it was the ambient lighting in the room, or maybe we had just seen the more striking ‘Pepsi’ version, but the ‘Root Beer’ bezel seemed a little lost in the Everose gold, which is a pity because it really is such an iconic bezel.

That said, there’s no mistaking the beauty of a full Everose gold GMT-Master II. It’s a stunning piece on the wrist and really quite something to behold. Unlike the ‘Pepsi’ version which channels a sportier vibe, this one is all luxe and elegance. And, if you’re into the matchy-matchy look, this Everose gold version is definitely one to consider.