New Rolex dial motifs to jazz up your wrist game.

Back when physical watch fairs were still a thing, we would head to the Baselworld show on the first day, all bright-eyed and bushy-tailed, eager with anticipation for what Rolex would reveal. Sure, we knew it would likely be subtle tweaks to one of the flagship models, but we were excited, nonetheless.

Of course, there are those who don’t get the fuss over the all the excitement. After all, it’s just a new bezel colour, or a change in case size. Or perhaps an old favourite in a new material for the first time. We get it. In fact, to this day, we’re still amazed at how something as 'small' as the addition (or removal, for that matter) of a Cyclops lens can send fanboys (and girls) into a legit frenzy.

So when the pandemic hit us last year, we were expecting the usual routine from Rolex again. Surely the greatest year of uncertainty in modern history wasn’t the best time to try something new. But we were wrong. In its boldest move yet, Rolex marched out a collection of Oyster Perpetual models in daring shades of bright coral red, sunny side up yellow and even a hotly hankered-after turquoise blue. The watch community was shook.

As the waiting lists show, the Oyster Perpetual coloured dials proved immensely popular and, this year, Rolex was keen to replicate its success. Yes, the subtle tweaks to existing models remained but something new was happening too.

It’s been a while since we’ve seen dial motifs on classic Rolex models, so when the Swiss giant unveiled the new Datejust 36 timepieces, we were caught off guard, even more so as our first impressions of the new watches were via an online showcase rather than a physical one, which would have been the norm. 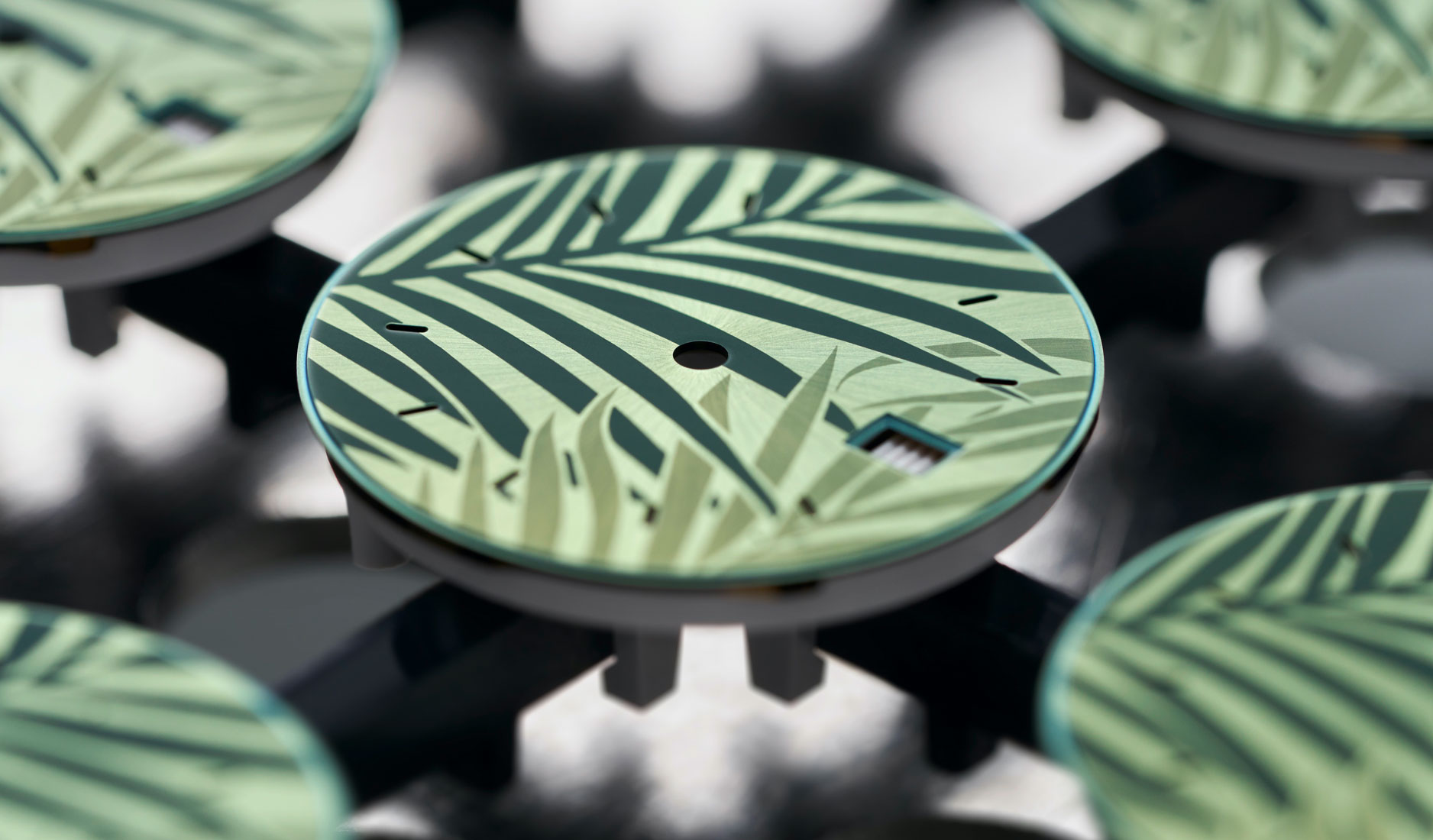 Now as far as digital presentations go, there are limitations. Watches just aren’t meant to be appreciated online. They have to be slipped on the wrist, felt in your hands, observed and appreciated from all angles. Without that first touch, we were left scratching our heads and wondering whatever would have made Rolex put palm fronds on a dial. But all our concerns were put to bed when we got to see the watches in person and breathed sighs of relief that Rolex hadn’t gone off its rocker. Because as dubious as “palm-fronds-on-a-dial” sounds, in reality the picture is a pretty one. Engraved on a sunray dial, the palm motif is refreshing yet quietly unobtrusive. As far as fashion goes, it’s more linen shirt than Hawaiian shirt. And if the olive green dial (our favourite) isn’t for you, there are even more subtle dial options in silver and gold, where the motifs are more of a quiet whisper. 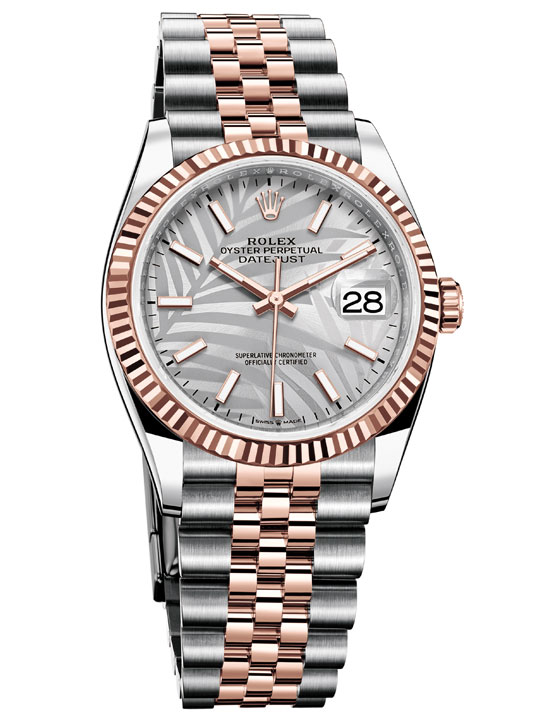 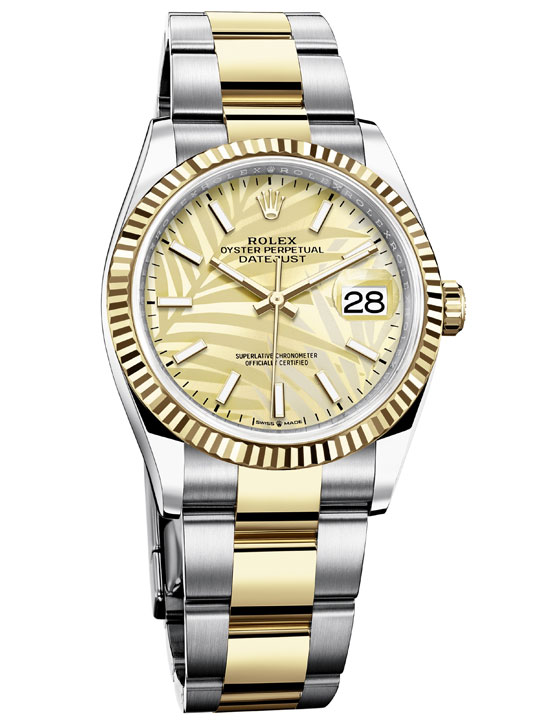 If palm motifs are not your thing, there is also a version with a fluted motif, evocative of Rolex’s iconic fluted bezels. Thanks to its pattern of engraving the motif offers alternating finishes, bouncing off the light beautifully. Much more subtle in the flesh than how it appears in the pictures, this motif is available in a golden dial with yellow Rolesor Jubilee bracelet or a stunning deep blue dial in white Rolesor on an Oystersteel bracelet. 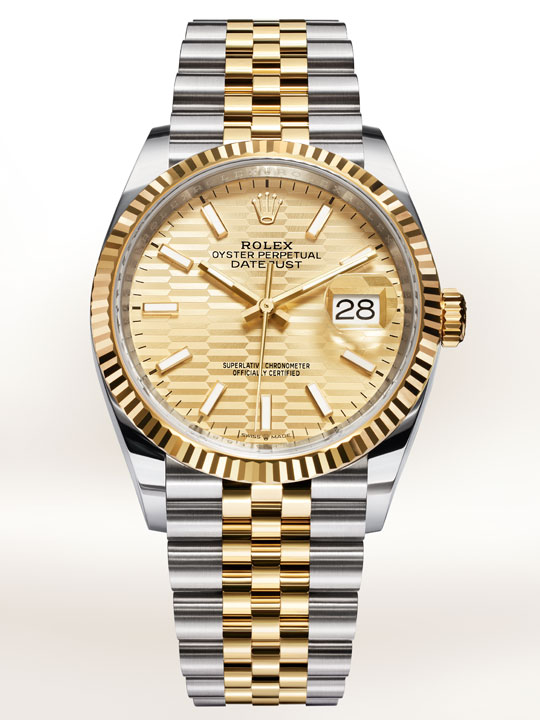 Dial motifs may not be for everyone but to those who say Rolex is staid and underwhelming in the creativity department, these two years have shown us anything but. Who knows how else the Swiss marque will continue to thrill us in the years to come?