Your one-minute primer to the Patek Philippe Ref. 5180 Calatrava Skeleton. 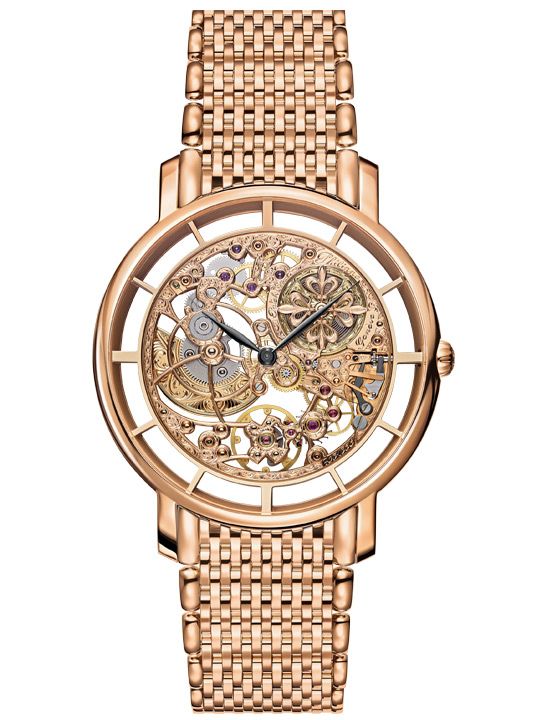 Commemorating the 40th anniversary of the automatic Calibre 240, the Ref. 5180 stuns not only with how much of the lauded movement has been removed, but also the wealth of decorations bestowed upon its remaining parts. To that end, engraving arabesques and volutes on the ultra-thin calibre alone takes approximately 130 hours. Eagle-eyed watch buffs will also notice the Patek Philippe Seal making its appearance, for the first time, on the micro rotor. Fitted in a 39mm rose gold case, it is complemented by a polished bracelet in the same precious metal with a fold-over clasp.