The Aquanaut comes of age. 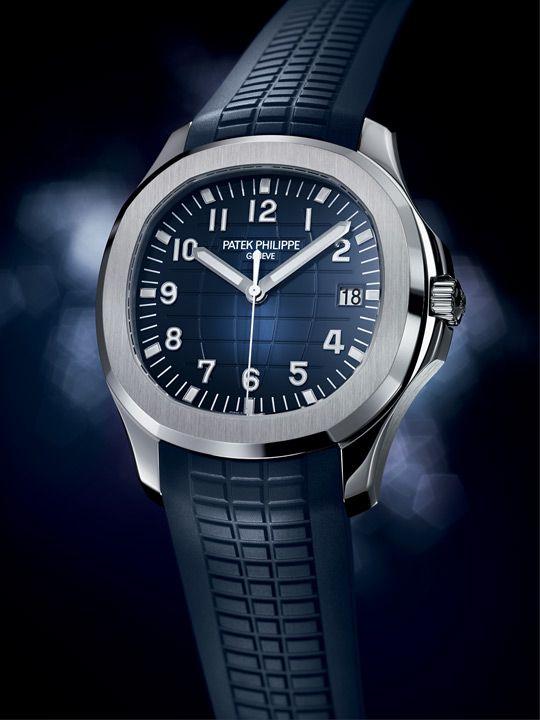 Still think that the Patek Philippe Aquanaut is some kind of lesser cousin to the Nautilus? This handsome, top-drawer version in white gold to commemorate the collection’s 20th anniversary ought to make you reconsider the notion.

“We have always been trying to elevate the quality of the Aquanaut,” said Patek Philippe president, Thierry Stern when CROWN met him at Baselworld 2017. Stern, who joined the company in 1997, the same year that the Aquanaut was launched, professed to having an unspoken kinship with the collection, and was deeply involved in this commemorative range.

Housed in a 42mm case – upsized from 40.8mm of earlier collections – the Ref. 5168G is the largest Aquanaut ever. Stern remarked that it is a size that customers had been asking for and while he had finally acceded to their request, a 42mm case is “the maximum” the Aquanaut would go.

Nevertheless, this is a case of the customer being right, as the Ref. 5168G feels solid and weighty on the wrist, like how an ultra-luxury sports watch ought to. While heavy, the white gold case is slim at just 8.25mm thick.

Buffed with satin and polished surfaces to accentuate the signature profile of the Aquanaut, it is beautifully complemented by a gradient blue dial, an execution previously used on Nautilus dials. Incidentally, the 42mm case size is an homage to the original Nautilus of 1976, which had the same dimensions and was nicknamed ‘Jumbo’.

While a ‘simple’ timepiece (the Ref. 5168G indicates the hour, minute, second and date), the movement that drives the watch is a sophisticated engine – the in-house Calibre 324SC with 21K gold rotor, exquisite finishing and accurate to -3/+2 seconds per day.

Asked what he likes most about the Ref. 5168G, Stern was equally succinct and sharp in his assessment. "It is very easy to wear,” he said. “I see it as a watch that goes places, only without the two-time zone complication."