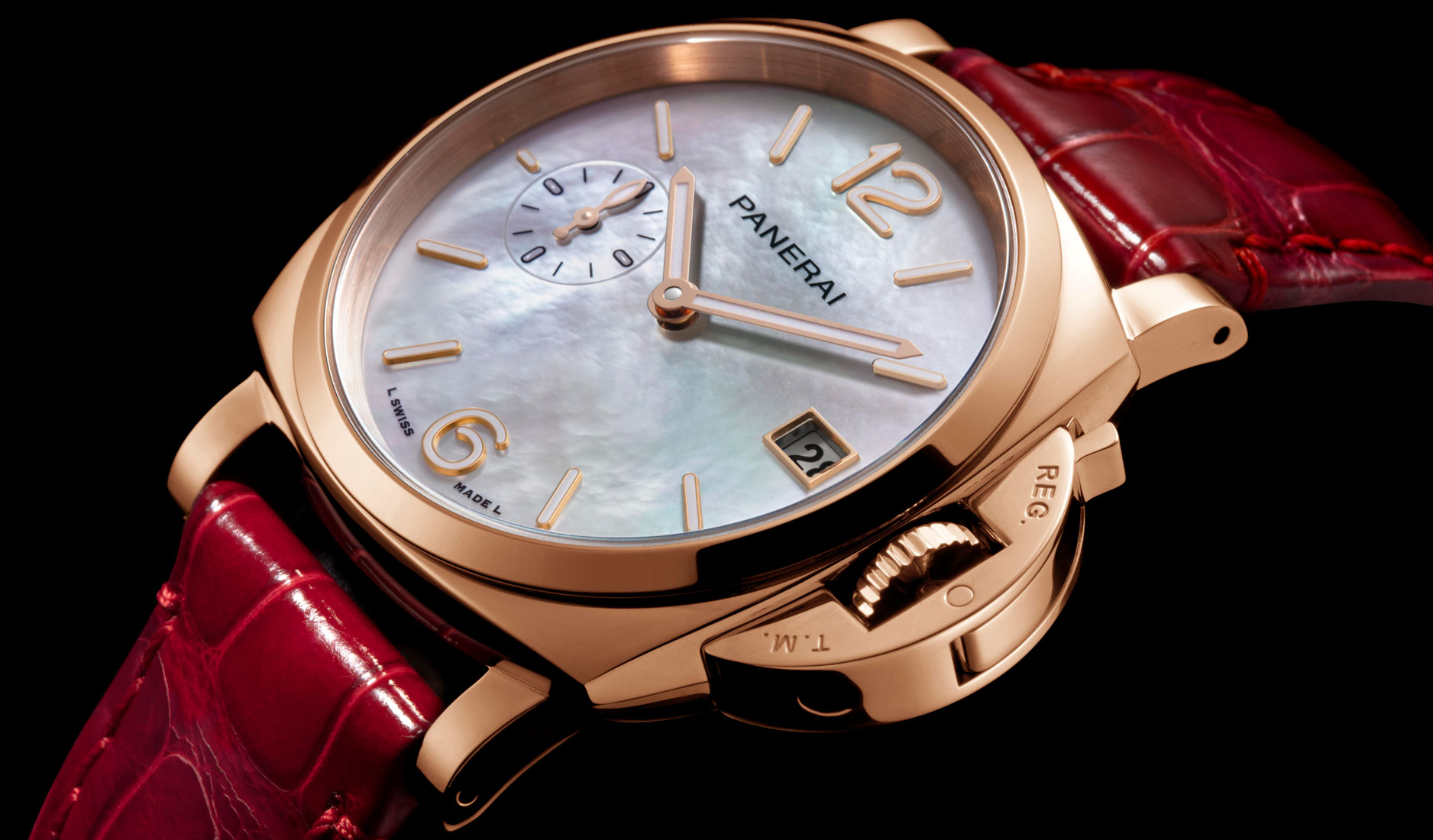 You have to admit, Panerai is not the first name that comes to mind when on the hunt for ladies’ timepieces. It’s probably not even in the top five. But the Italian marque is hoping to change all that with its new Piccolo Due Madreperla in a female-friendly size of 38mm with a mother-of-pearl dial.

While this is not the first time Panerai has launched timepieces in the 38mm size—this was introduced in the Luminor Due collection in 2017—it is the first time a full collection has been devoted to women and given a new moniker.

‘Piccolo’, which means 'small' in Italian, is the name given to the ladies’ collection from which we’re expecting a whole line-up of appropriately sized watches for feminine wrists. In its opening salvo, Panerai teases with the Piccolo Due Goldtech Madreperla—the most feminine Luminor we’ve ever seen from the brand.

Clad in polished GoldtechTM (a gold alloy made with copper for an intense red hue, along with platinum to prevent oxidising), the watch sits beautifully whether on a slender or not-so-slender wrist. Indoors, the GoldtechTM glows with burnished blush and a beautiful sheen. Outdoors in the bright sun, the reddish hue gives way to a silvery glint. Paired with the Luminor Due case, which is slimmer than the regular Luminor, the watch is elegant yet brims with presence. 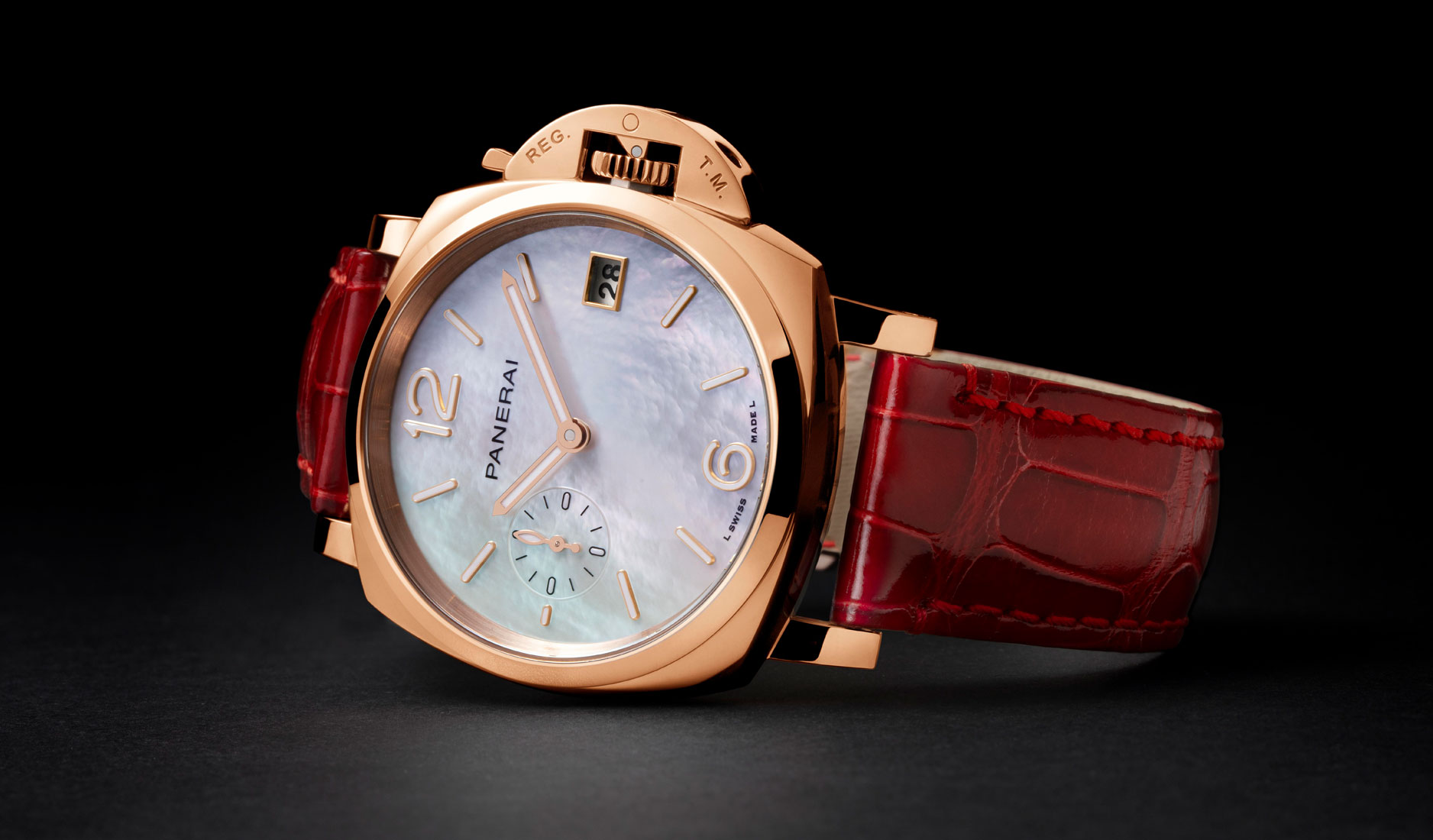 But the most significant feature of the watch is surely its dial. As its name suggests, ‘Madreperla’ means ‘mother-of-pearl’ and it’s taking centre stage in the Piccolo Due Goldtech Madreperla. For good reason too, because this is also the first Panerai timepiece with a mother-of-pearl dial. 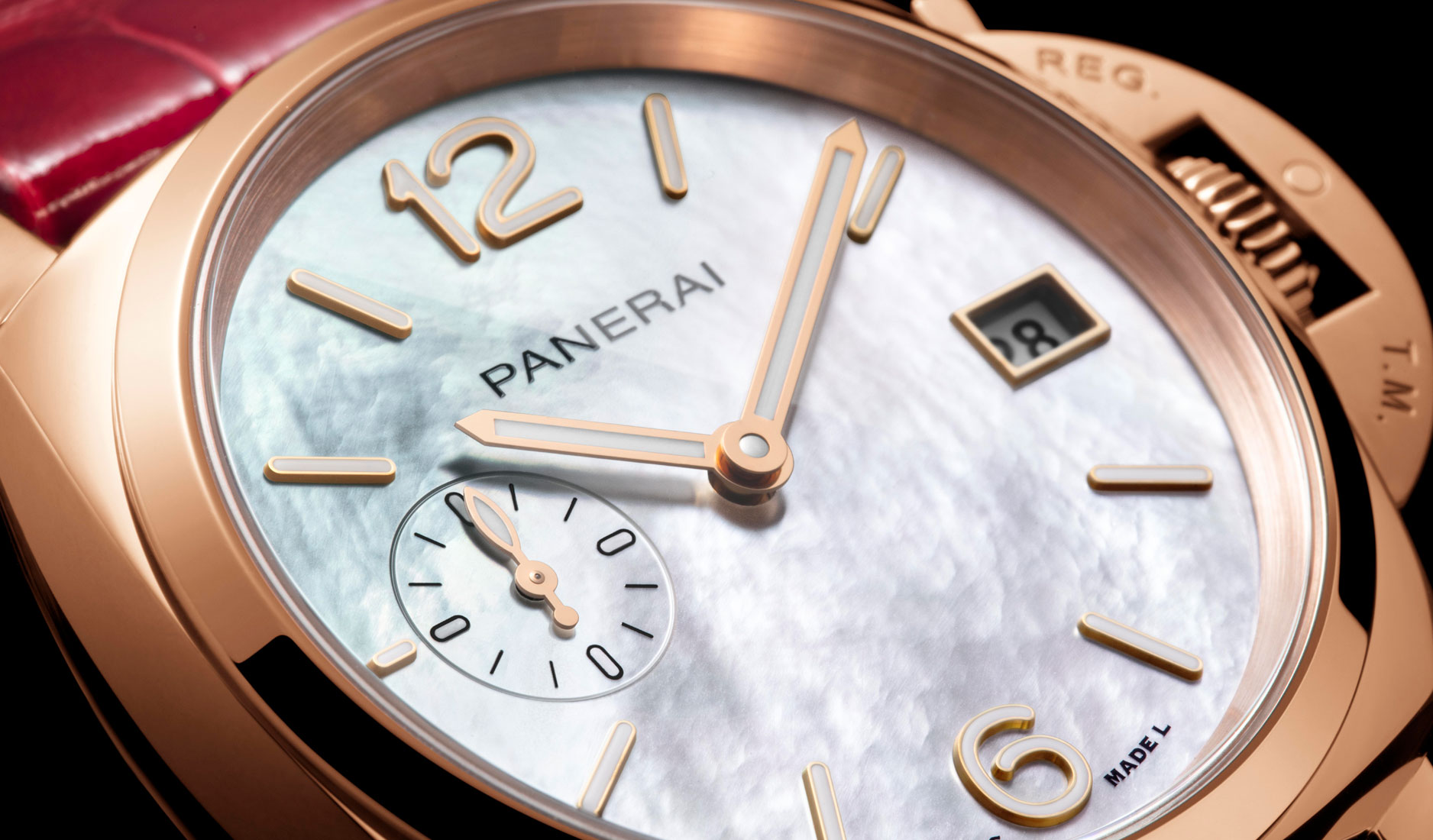 Complementing the lustre of the case, the mother-of-pearl dial offers the usual iridescence you get from the material, imbuing it with different tones under the light. And while mother-of-pearl is a veritably feminine material to use in smaller women’s watches, we can’t help but wonder if it’s a little incongruous with the larger, sportier DNA of the Luminor and, indeed, Panerai as a whole. Regardless, it’s a bold move on the part of the brand and credit must be given for this aesthetic push. But perhaps if mother-of-pearl was going to be the star, the case could have been in a more subtle steel or white gold to let the dial truly shine. 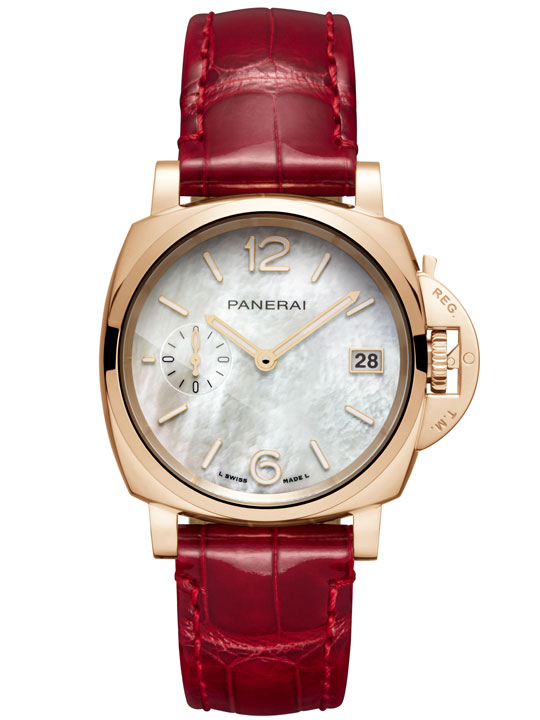 Continuing in the spirit of innovation, the watch comes with a Quick Release system, which allows the wearer to easily change straps—a feature fast becoming requisite for watch brands. Applied gold indices on the dial are filled with green Super-LumiNova, giving visibility in dark surrounds, and a shiny red alligator strap with tone-on-tone stitching completes the look. Inside, the watch runs on the in-house self-winding Calibre P.900 with IncablocTM anti-shock device and has a power reserve of three days on a single barrel. 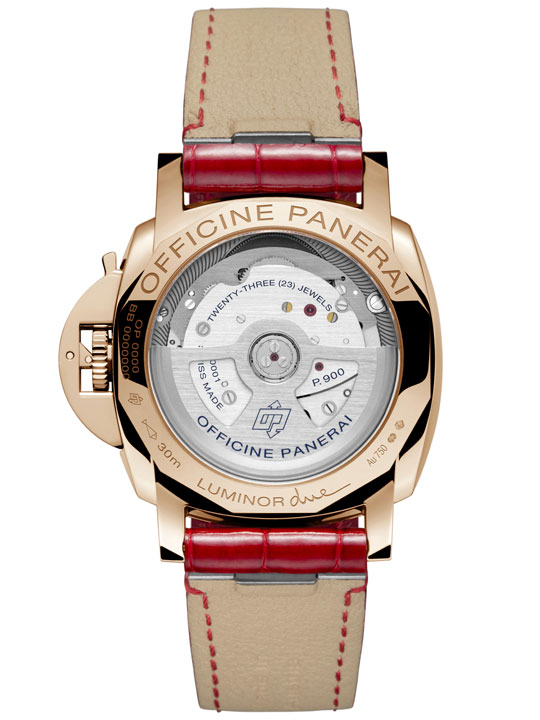 Although the name ‘Piccolo Due’ sounds delicate, this watch channels major #girlboss vibes, right up the alley of corporate lawyers and start-up CEOs. The rest of the collection won’t drop till later this year but if the Piccolo Due Goldtech Madreperla is anything to go by, we’re in for a treat.