This Panerai’s best enjoyed in the dark. 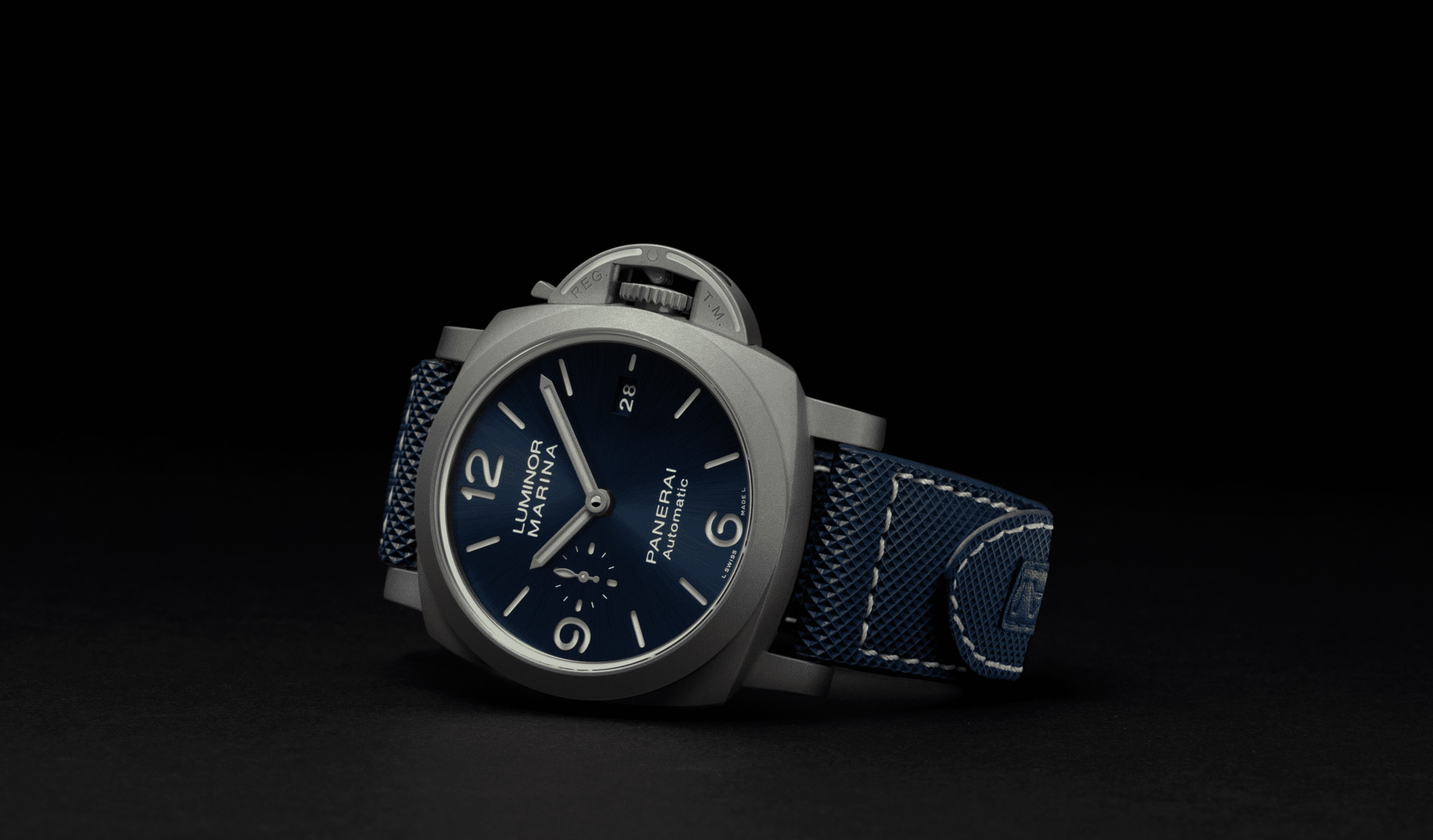 A watch for lume buffs, this Tron-like Panerai Luminor Marina is one of those why-didn’t-anyone-think-it creations that seems so obvious and ingenious all at once.

You don’t have to be a hardcore Panerisiti to know that the Luminor, with its trademark profile featuring a protruding crown guard, baton hands and hour numerals, is one of the most recognisable watches around. Taking that association further, Panerai has decided to have those signature features writ large in lume on the new Luminor Marina PAM01117, using green Super-LumiNova to mark out not only the brand’s emblem, hands and indexes on the dial, but also the elements outside of it, including the crown, crown guard, locking lever and even the contrast stitching on the watch’s fabric strap. 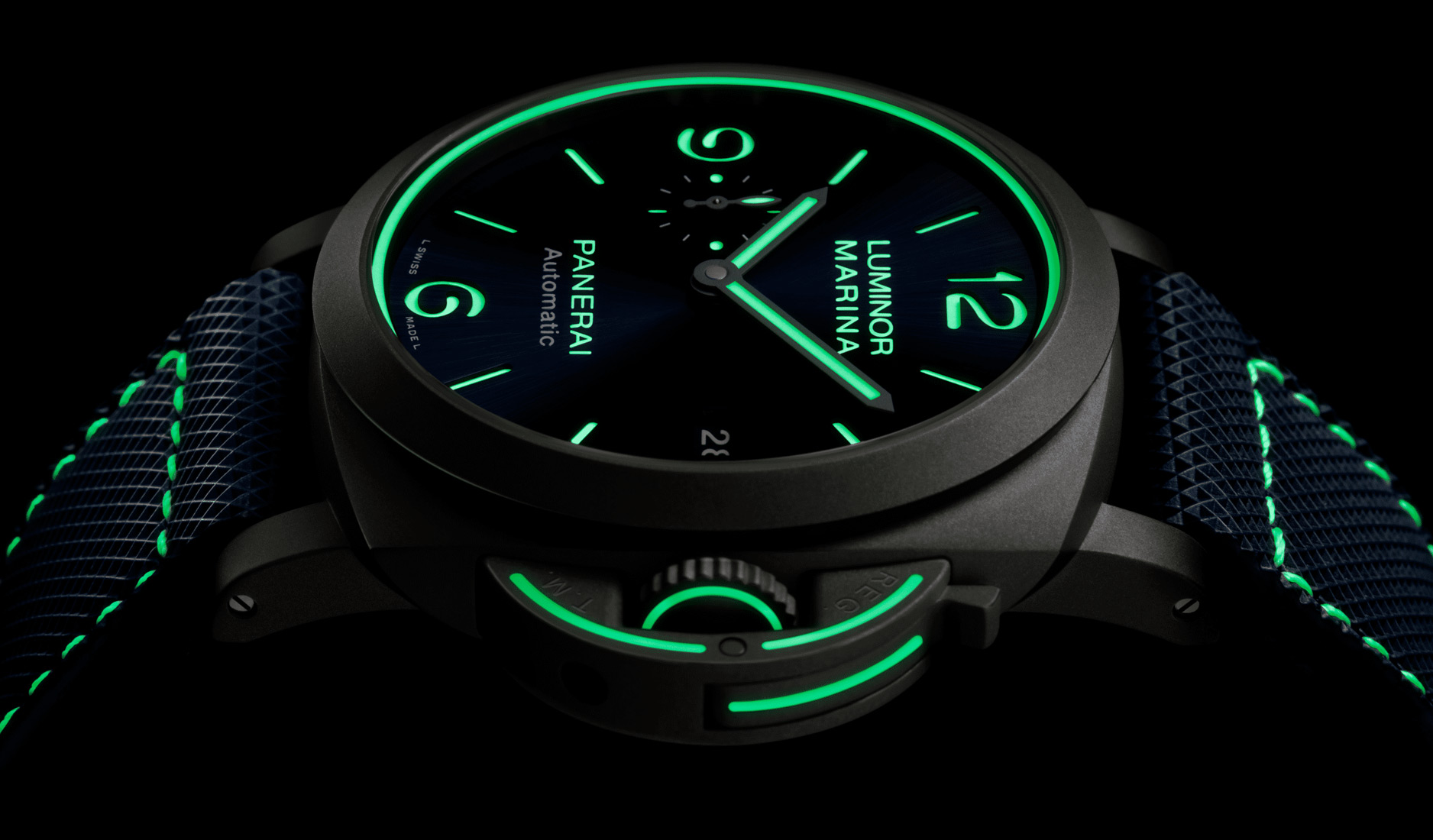 The Luminor Marina PAM01117 is especially stunning with the lights off, emanating a clubby, sci-fi-esque vibe while highlighting the Luminor’s most iconic features. More than just a shout-y aesthetic, the OTT lume actually has a legit backstory: it is the Luminor collection’s 70th anniversary this year and the name itself references the introduction of the tritium-based luminous substance that was used in the original models decades ago.

Because of its mildly radioactive properties, tritium paint is no longer used on watch dials, having been replaced by the now-common Super-LumiNova, a strontium aluminate–based material that is non-radioactive and nontoxic. The Luminor Marina PAM01117 uses the latest-generation Super-Luminova X1, which illuminates for 60 per cent longer and is more legible than regular grade Super-LumiNova. 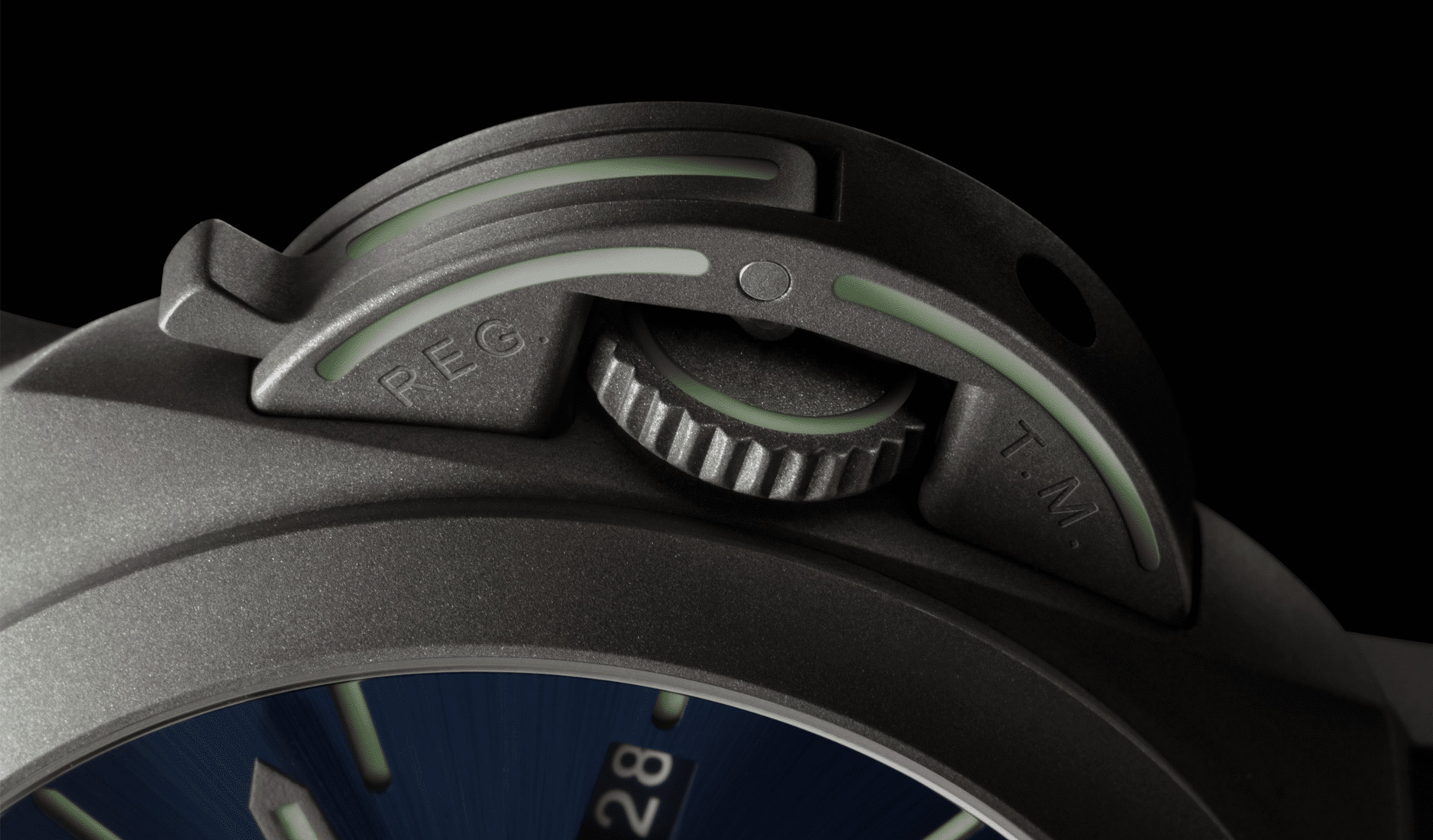 As much as the Luminor Marina PAM01117’s eye-catching lume contributes to its futuristic aesthetic, the watch itself is a progressive creation. Its titanium case, which comes in a light shade of matte grey, is made from a process called Direct Metal Laser Sintering (DMLS), an advanced 3D printing method that involves the depositing and sintering titanium powder, layer by layer (at 0.03 mm each layer), using a high-powered optical fibre laser. 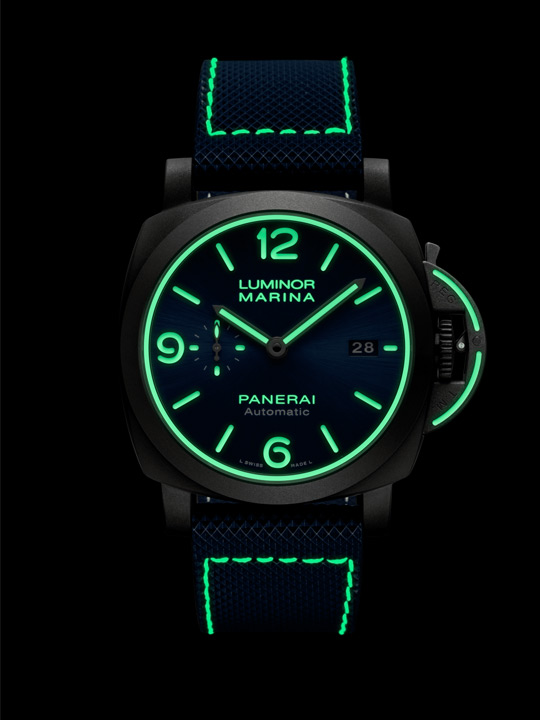 The DMLS construction ostensibly helps reduce the weight of the already-light titanium. Together with the automatic P.9010 twin-barrel movement with three-day power reserve, the Luminor Marina PAM01117 weighs only 100g with strap. The DMLS titanium case premiered in 2016 with the PAM578 Titanium Tourbillon Special Edition, and it looks like we will see more of it in years to come.

But that’s not all that’s revolutionary about the watch. Even its warranty promise is way ahead of most brands’ – Panerai is offering 70-year warranty for the Luminor Marina PAM01117, along with two other boutique-exclusive models released in 2020, the PAM01118 and PAM01119, to commemorate the 70th anniversary of the collection. This new warranty duration covers the care and maintenance of those watches to 2090, and surpasses even Panerai’s own eight-year Pam.Guard warranty programme that was launched only in 2019. Now that’s really planning ahead. 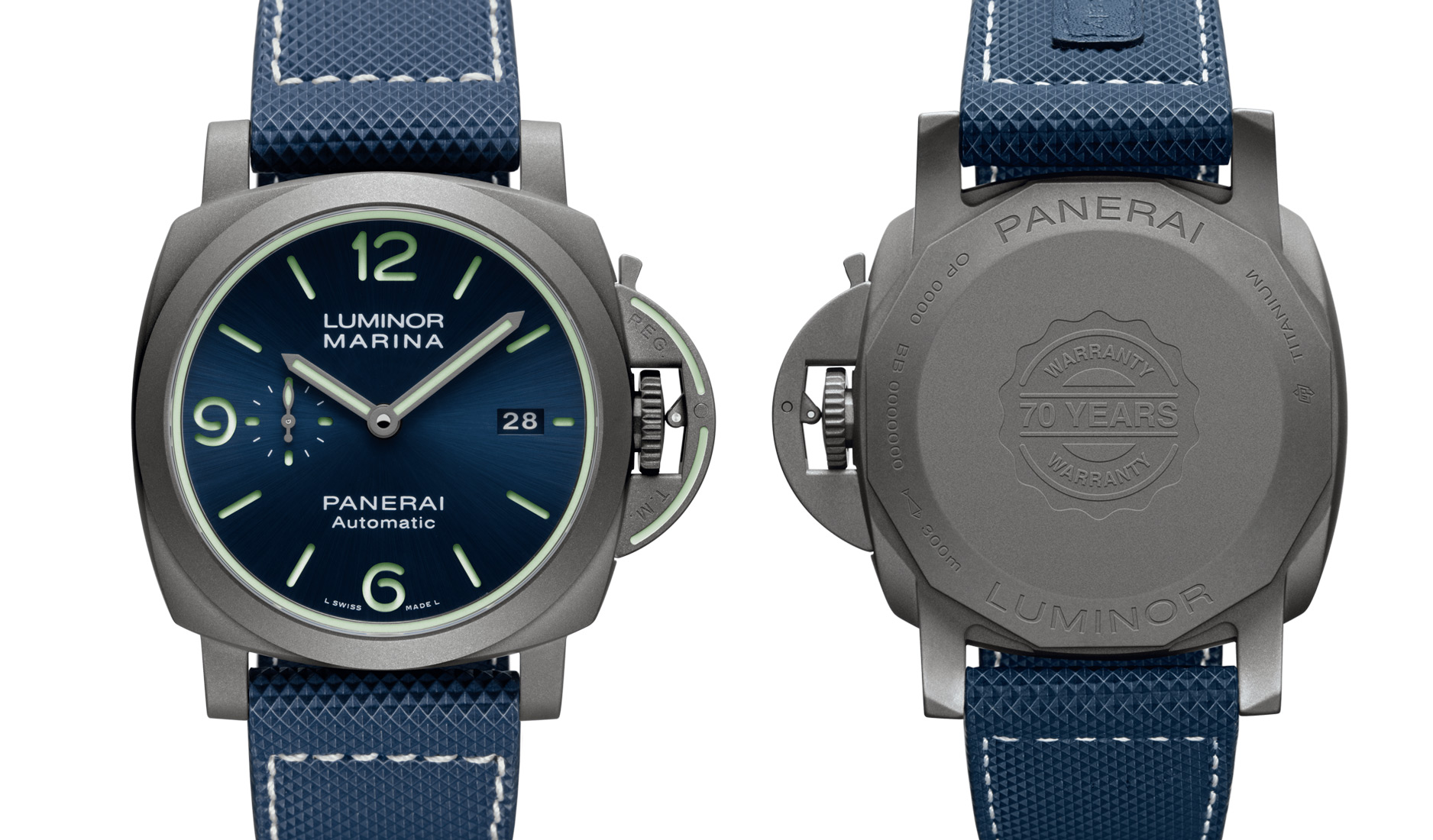