We may be wrong but we think most people who like Panerai, like it for the distinctive look it affords—cushion case, crown guard (for the Luminor), conical crown (for the Radiomir), wire lugs, sandwich dial and so forth. Put simply, it’s a watch you can recognise from a mile away. And in a good way, not the ostentatious, vulgar, over-blinged kind of way.

So for the aforementioned Panerai fans, the new Luminor California 8 Days DLC 44mm (PAM00779) may be a bit of a head-scratcher. But devoted Paneristis will know it’s actually very much in the brand’s DNA.

The most obvious feature of the watch is the California dial, something Panerai first produced way back in the 1930s. A California dial is one where the top half of the dial indexes are Roman numerals while the bottom half are Arabic numerals. Usually, ‘3’, ‘6’, and ‘9’ are demarcated by dashes, while ‘12’ takes the form of an inverted triangle (as with most pilot’s watches). 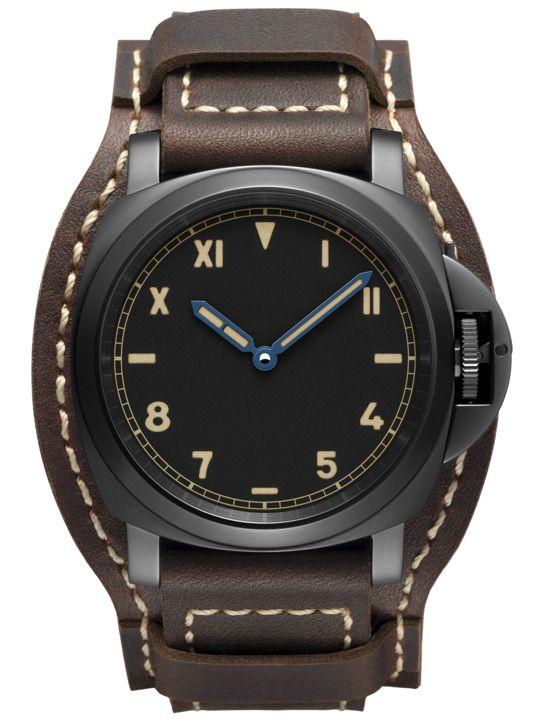 Paired with the dial on the PAM00779 are the brilliant blue hour and minute hands, their striking hue achieved through oxidation at a controlled temperature of between 290 to 300 degrees Celsius. This metallic blue also harks back to earlier vintage Panerai models. Powering the watch is the hand-wound manufacture calibre P.5000, with a power reserve of eight days, thanks to two inter-connected spring barrels. 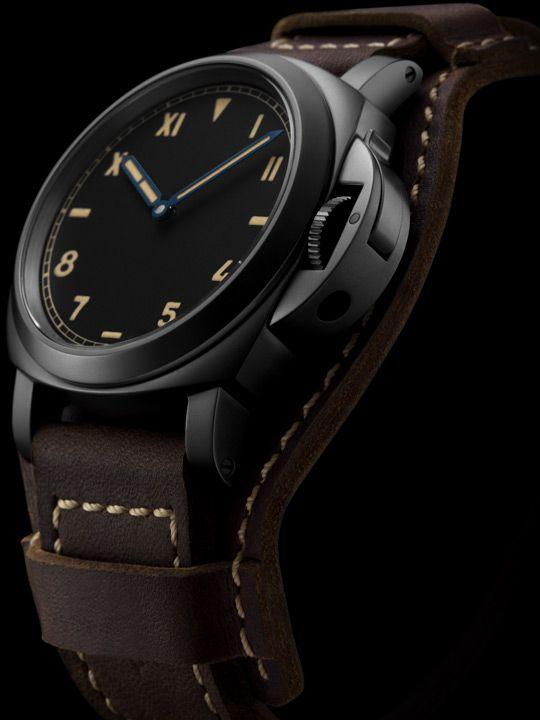 Like its previous California dial models, Panerai has chosen not to include its branding anywhere on the dial. Rather, it’s a subtle wink and nudge to those in the know. The case carries a similarly austere countenance in matte black DLC- (diamond-like carbon) coated titanium. The material offers better scratch- and corrosion-resistance, imperative for a watch designed with military influences. The DLC coating extends to the bridge lever device, which contributes to the watch’s tested water resistance of 300m. 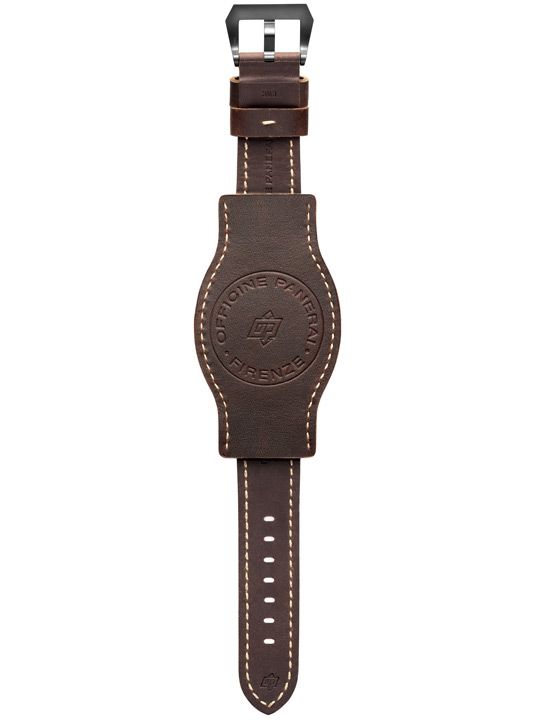 Endowing the watch with a rugged aesthetic is the leather bund strap, originally fashioned for the Italian armed forces so their wrists would be protected from the caseback in the event of extreme temperatures. The PAM00779 strap comes in a supple, untreated leather with contrast stitching, and you have the option of wearing it as an ordinary strap or in the bund version. Flip the watch around and you’ll see the brand’s logo on both the caseback and the underside of the bund strap.

At 44mm, this is not a watch for small wrists. Especially not with the manly, outdoorsy overall vibe. And don’t even try wearing it as a dress watch because that would break a million sartorial rules. But we could totally see it in a smart casual ensemble (roll up those sleeves please) or as part of a sporty get-up. It’s available only in August so get pally with the boutique staff now.