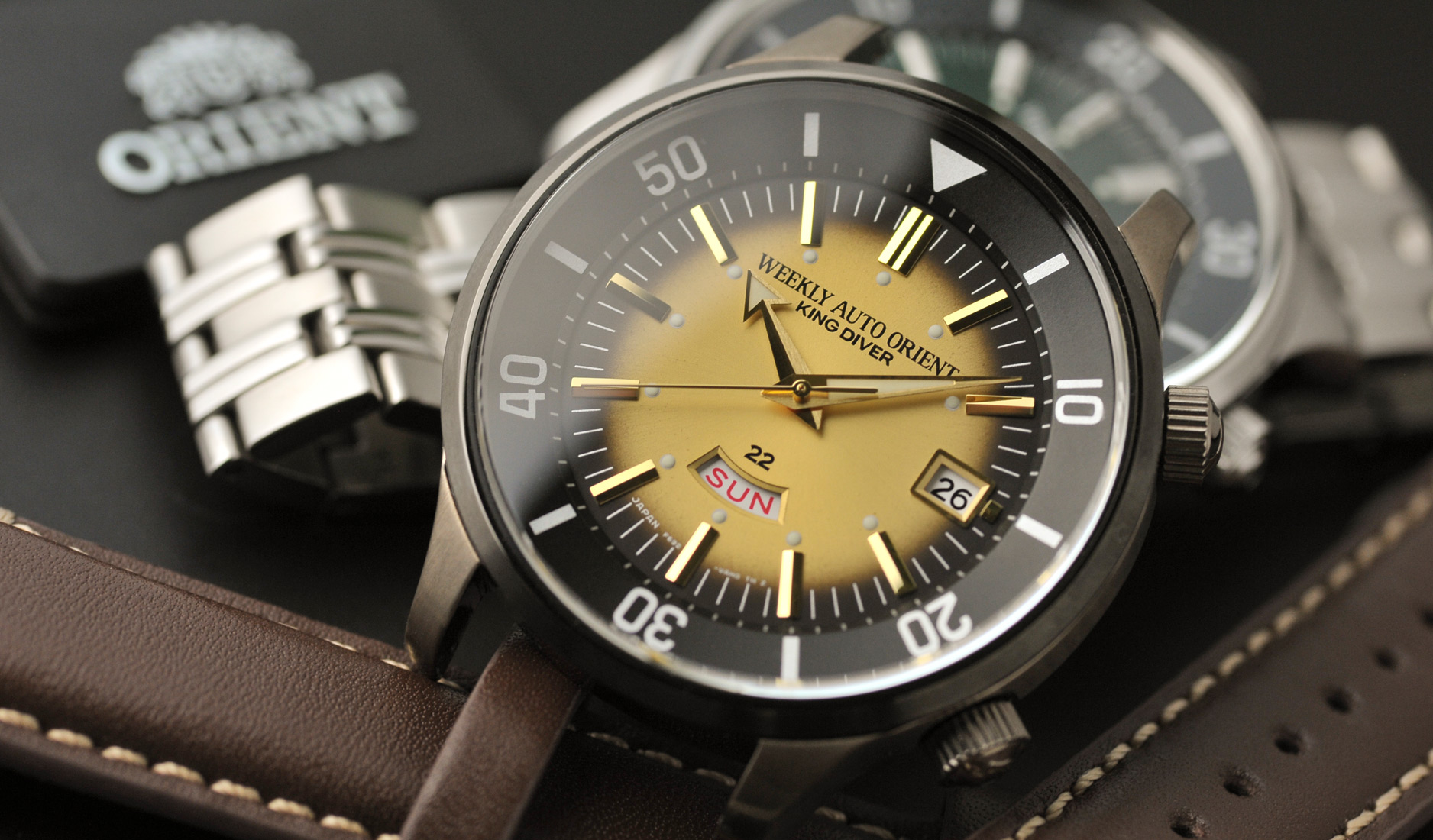 Like many of the most popular Japanese watch brands, Orient inspires an almost cult-like devotion and fervour from its fans. Widely thought of among watch enthusiasts as a respectable marque with good value-for-money proposition, especially for budding collectors looking to get a leg in on mechanical timepieces, Orient also entices seasoned buyers who know a thing or two about the brand’s wide-ranging offerings and its place in Japanese horological history.

To commemorate its 70th anniversary this year, Orient has planned for several special edition timepieces that pay homage to the company’s milestone creations. The first to be released, the Weekly Auto Orient King Diver Limited Edition, is just the kind of watch that would call out to watch buffs from both ends of the spectrum – an entry-level priced limited edition watch that is as easy on the eye as it is on the wallet. 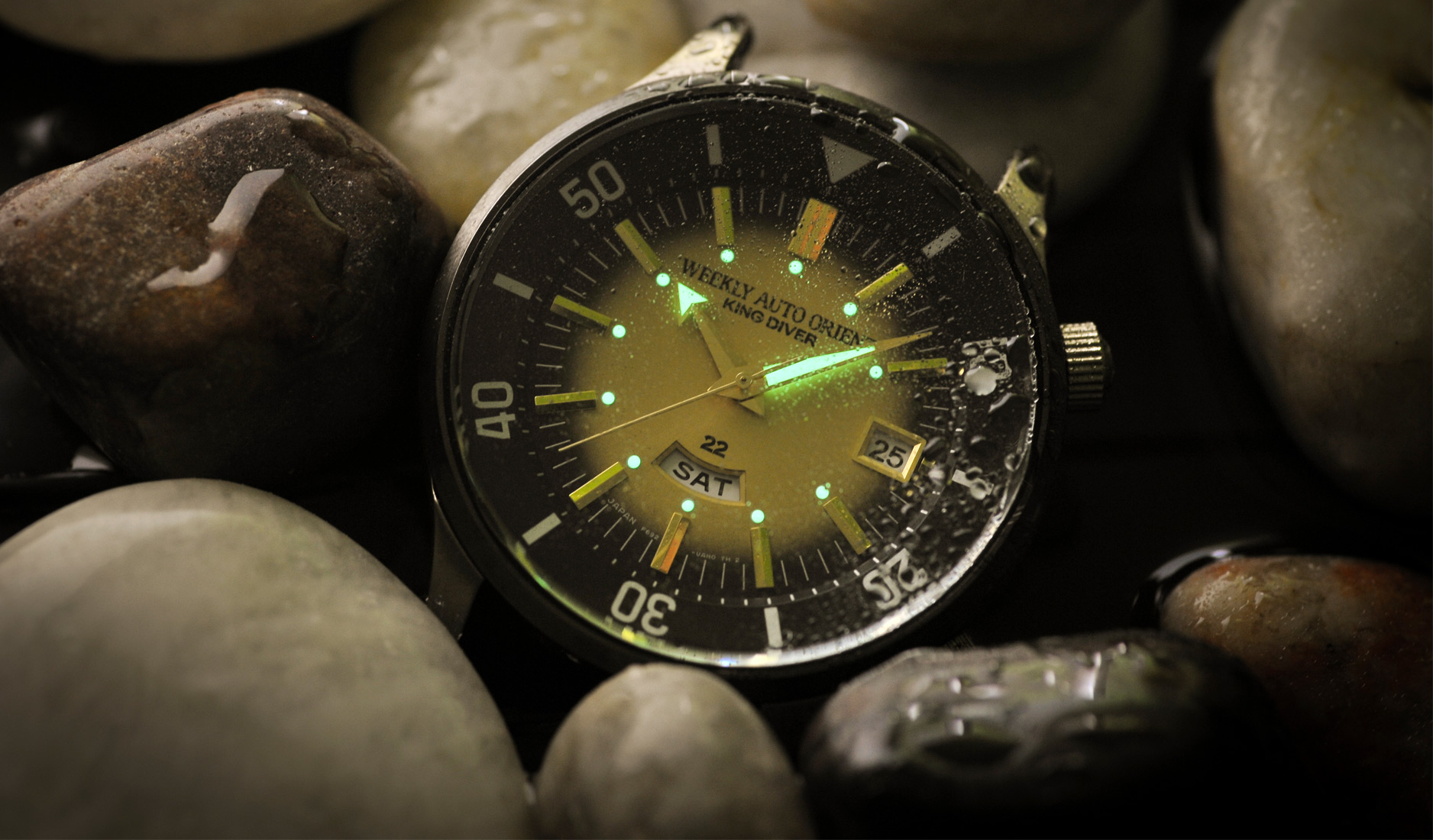 Modelled after the King Diver from 1965, which had since provided the blueprint for generations of Orient’s dive watches, the Weekly Auto Orient King Diver Limited Edition literally conjures sepia-tinged nostalgia. Although primarily a sports watch, its throwback appeal is lavished with striking hues and a dressy disposition that makes it just as office-appropriate.

There is a range of non-limited Weekly Auto Orient King Diver watches in stainless steel cases and bracelets, sporting black, red or green dials that are more attuned with the familiar dive-watch aesthetic – and the Weekly Auto Orient King Diver Limited Edition is definitely not that. The watch’s bronze-plated case houses a gradated brown dial and is imbued with touches of luxury, accented by the gold-plated hands and faceted indices, and complemented by a leather strap with contrast stitching. 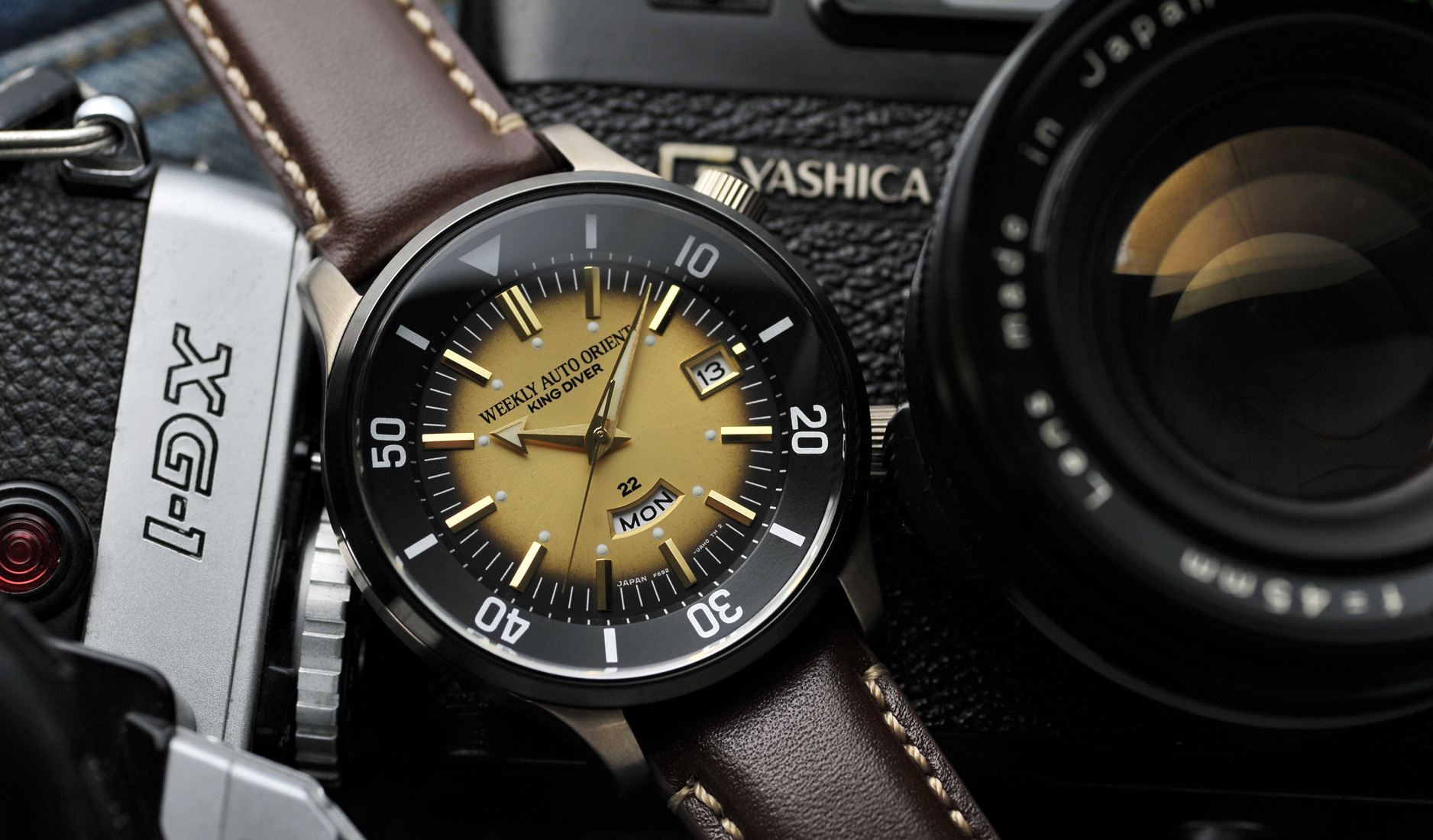 With so much going on – the gilded markers, gradient hues, myriad indicators modelled after the original King Diver like the inner-rotating bezel, retro logo, and day and date displays – it is a good thing that Orient’s designers have opted for an ultra-thin bezel to make room for the various features and accents to come together harmoniously.

Limited to 1,700 pieces, the Weekly Auto Orient King Diver Limited Edition runs on the F6922 automatic movement with hacking seconds and 40 hours of power reserve. Conceived and manufactured in-housed by Orient, the Calibre F6922 was introduced in 2016 as a replacement for the Calibre 46943 movement that has been a foundation movement for the company for 40 years. 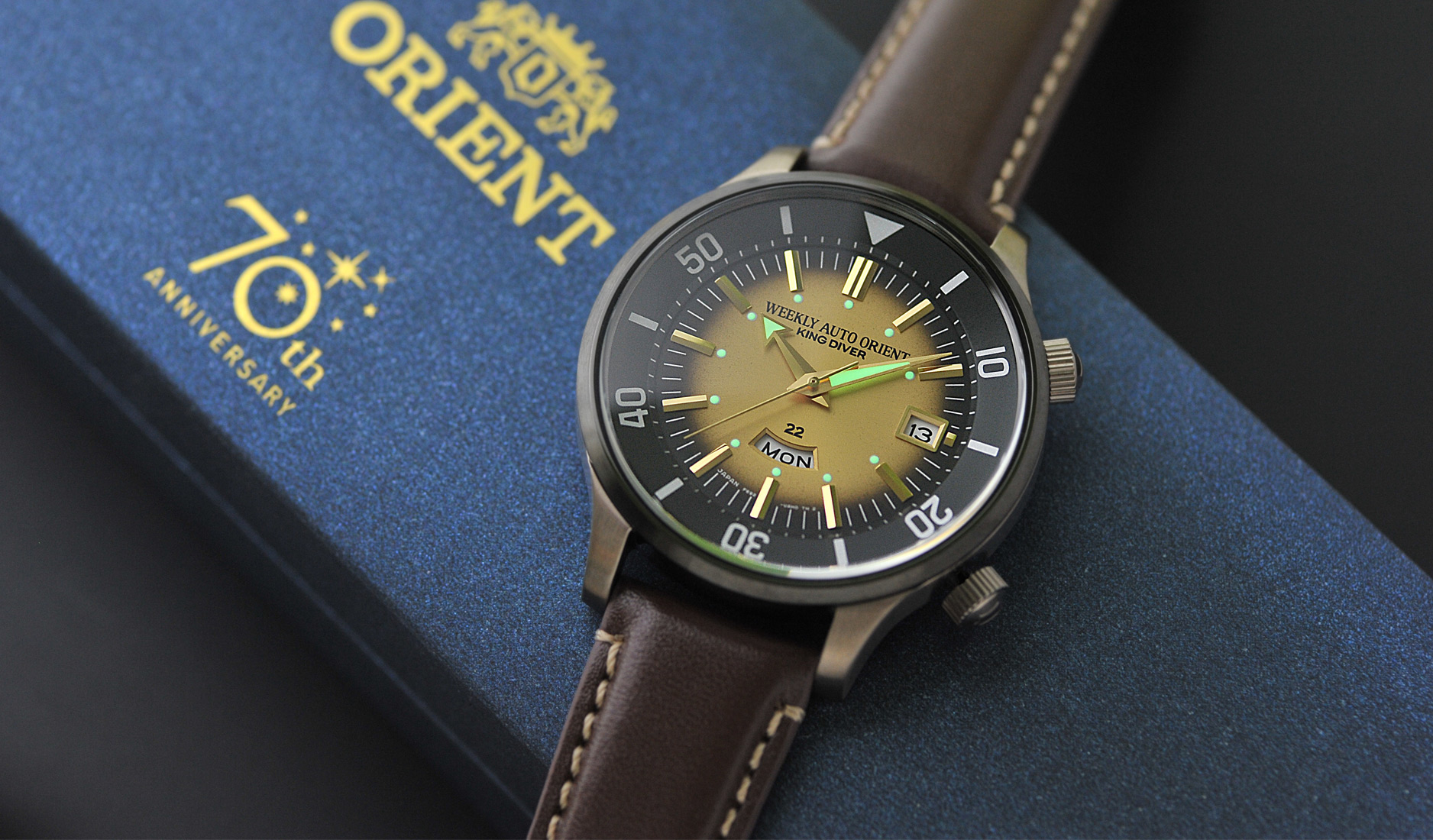 Though water resistant to 200m, the Weekly Auto Orient King Diver Limited Edition is admittedly not an ISO-certified dive watch. Not that we expect it to be one. At about $600 a pop, the timepiece more than does enough to check the boxes for a decently priced collectible brimming with sportive elegance and storied heritage.