A recent study done in the UK found 1957 to be the happiest year of the 20th century. And why wouldn’t it be? Unemployment rates were low, wages were high and inroads were being made in space exploration, achieving feats never before thought possible — Space Race rivals the Soviet Union and the United States were outdoing each other with rocket developments and launching of astronauts in space. It was a time of great hope for the future.

As we now know, 1957 was also a monumental year for Omega with the launch of three timepieces that would all go on to become icons in their own right. The Seamaster 300 CK2913 was a dive watch designed for both amateurs and professionals, guaranteed up to a depth of 660ft with Omega’s proprietary Naiad crown. This revolutionary system tightened the grip of the crown and corresponding sealing material as the water pressure outside got higher the deeper divers went.

Along with advances in the fields of science and engineering, Omega also developed the Railmaster, a double-case, anti-magnetic watch. While it’s not their first — Omega had previously created anti-magnetic watches for Britain’s Ministry of Defense — it’s significant as a civilian version initially developed for Canadian Railways in 1953, with the Railmaster CK2914 released commercially four years later.

But possibly the most famous of the trio is the Speedmaster, thanks to its reputation as the first watch on the moon. Originally designed for racecar drivers, the Speedmaster CK2915 was highly precise, waterproof and easy to use. It was also the world’s first watch equipped with a tachymetre on its bezel rather than printed on the dial like most other chronographs.

To create new versions of the classics, Omega had to delve into the originals with an X-ray scanning technique called ‘tomography’ which provided over 3,000 images of each watch as it was rotated 360 degrees. These images then served as design templates for the new trilogy of watches. 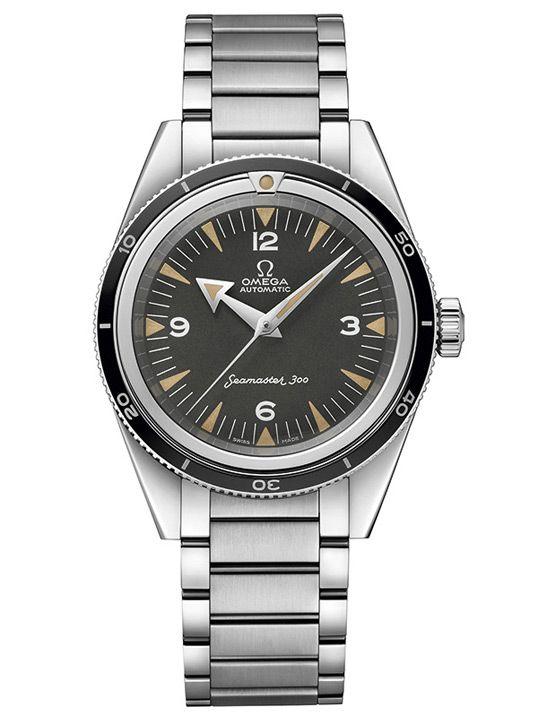 Driven by the METAS-certified Master Chronometer 8806, this version features a black aluminium bezel, offering both form and function. It also pays homage to the original with the Naïad sign on the crown and a replica of the Seahorse on the caseback like in the 1957 version. 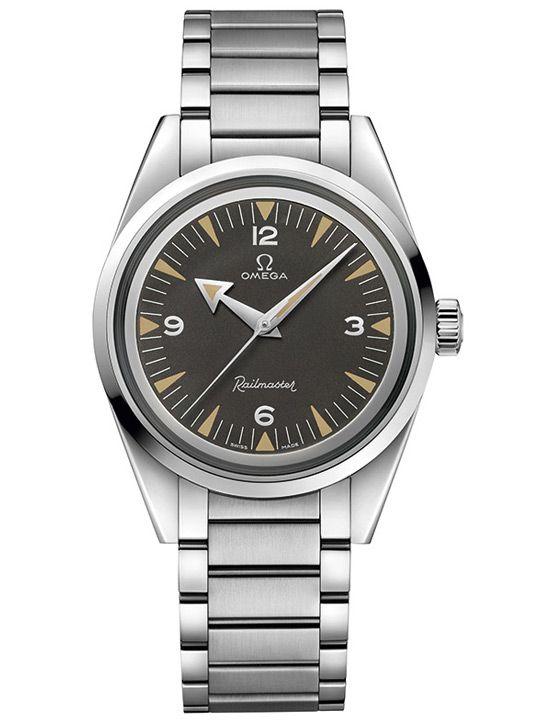 Powered by the same engine as the new Seamaster 300, the Railmaster retains the original’s minimalist design and is engineered to withstand magnetic fields of up to 15,000 gauss. You don’t even have to be a nuclear scientist to feel a strong attraction to this piece. 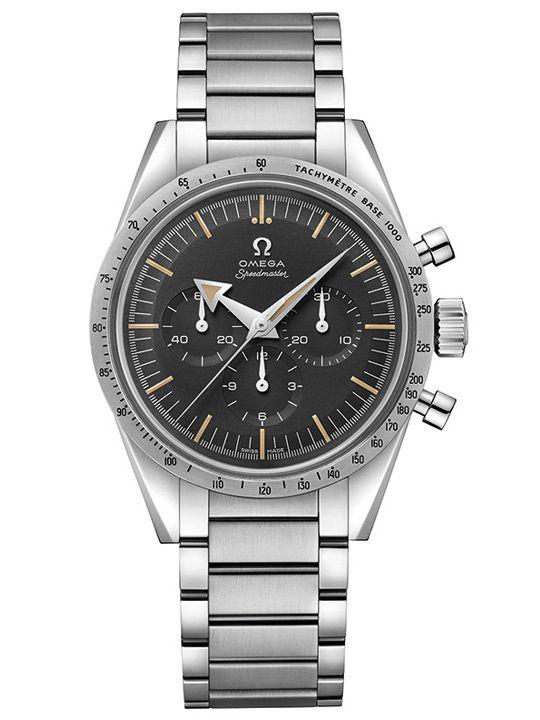 Aesthetically, the new model looks exactly like the 1957 version. Upon closer inspection though, the only obvious difference is that the ‘Swiss Made’ label now sits above the seconds track rather than below it. However, the movement inside has been upgraded to the manual-winding caliber 1861—the same one which made the moon landing. And based on the popularity of the original CK2915, this new model looks set to rank high on every collector’s list.

Each of the watches is limited to 3,557 pieces and comes in a corduroy-lined presentation box with one extra leather and NATO strap each, as well as a tool for changing the straps. But if you can’t bring yourself to choose just one of the three timepieces, Omega is also offering the watches as a set (below). Limited to 557 pieces, each comes in an exquisite presentation box made from an oak tree from the Swiss mountains, planted in 1898 which coincides with the year Omega moved to Biel/Bienne.

The box is decorated with the Seahorse logo and also lined with plush corduroy to cushion the three timepieces, a leather roll, three leather straps, three NATO straps and a strap-changing tool. The price? A surprisingly modest S$30,000. We're not psychics but we're gonna predict these won't stay on shelves very long.