Omega resurrects its iconic Calibre 321 in a platinum Speedmaster. True story: just the other day, my dad said he was thinking about buying a watch “for investment” and asked if I knew how much Omega’s Calibre 321 would cost. He was referring, of course, to any of the Speedmasters bearing the original Calibre 321 before it was discontinued in 1968.

Now anyone who knows their Omega history would know the Calibre 321 is pretty much a grail movement for collectors and almost impossible to get brand new. It’s such a significant movement that even someone like my dad— who is a total watch noob—knows about. But that’s also because he was around when the Calibre 321 had its most incredible outing in the Speedmaster ST 105.012 when it became the first watch on the moon 50 years ago on 21 July, 1969. 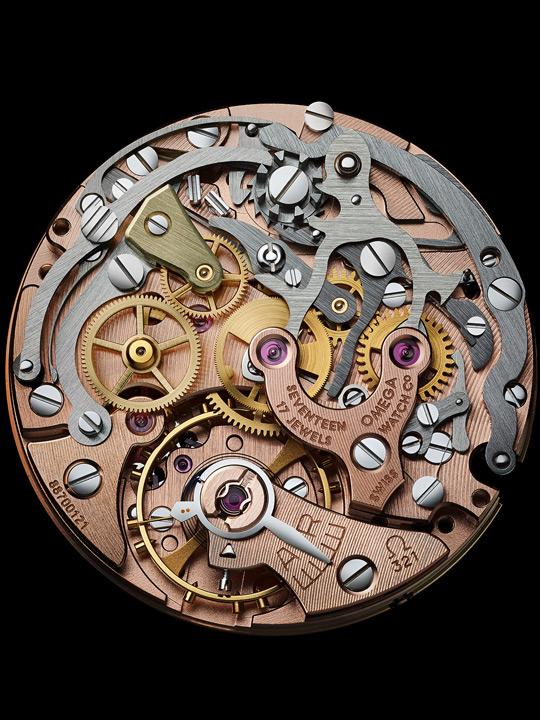 Now, after two years meticulous research and reconstruction in secret (the code name for this project was ‘Alaska 11’), Omega has revived the landmark calibre and recreated it to the original specifications. One point to note, though, is that the original calibre was fashioned in copper but the new Calibre 321 uses Sedna gold-plated PVD for all the 'copper' parts. 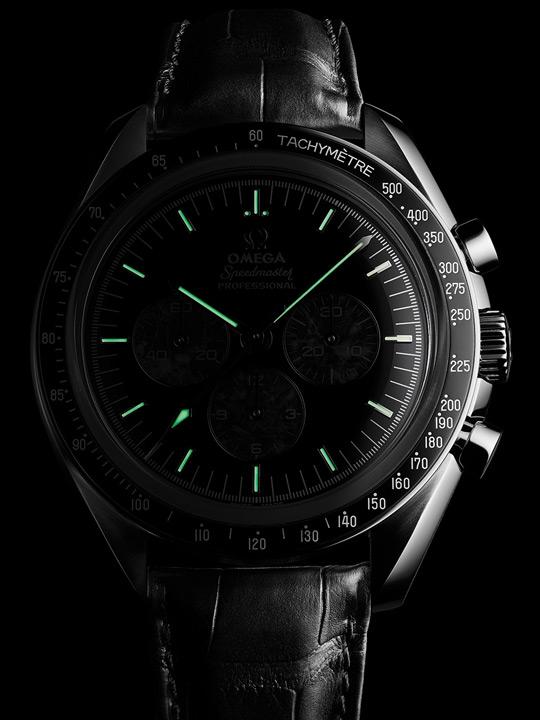 But the dial is where it gets really interesting. While the main dial is made from jet-black onyx, the three chronograph sub-dials are crafted with slices of moon meteorite, which means you’re not just wearing a calibre that’s been to the moon, there are ACTUAL pieces of the moon on your wrist.

Sure, there are plenty of other watches in the market that boast meteorite dials and accents, but to have one that’s directly related to lunar escapades is particularly engaging. And in the unlikely event you forget the significance of the watch you’re wearing, flip it over and you’ll see the engraving, ‘The first watch worn on the moon’. 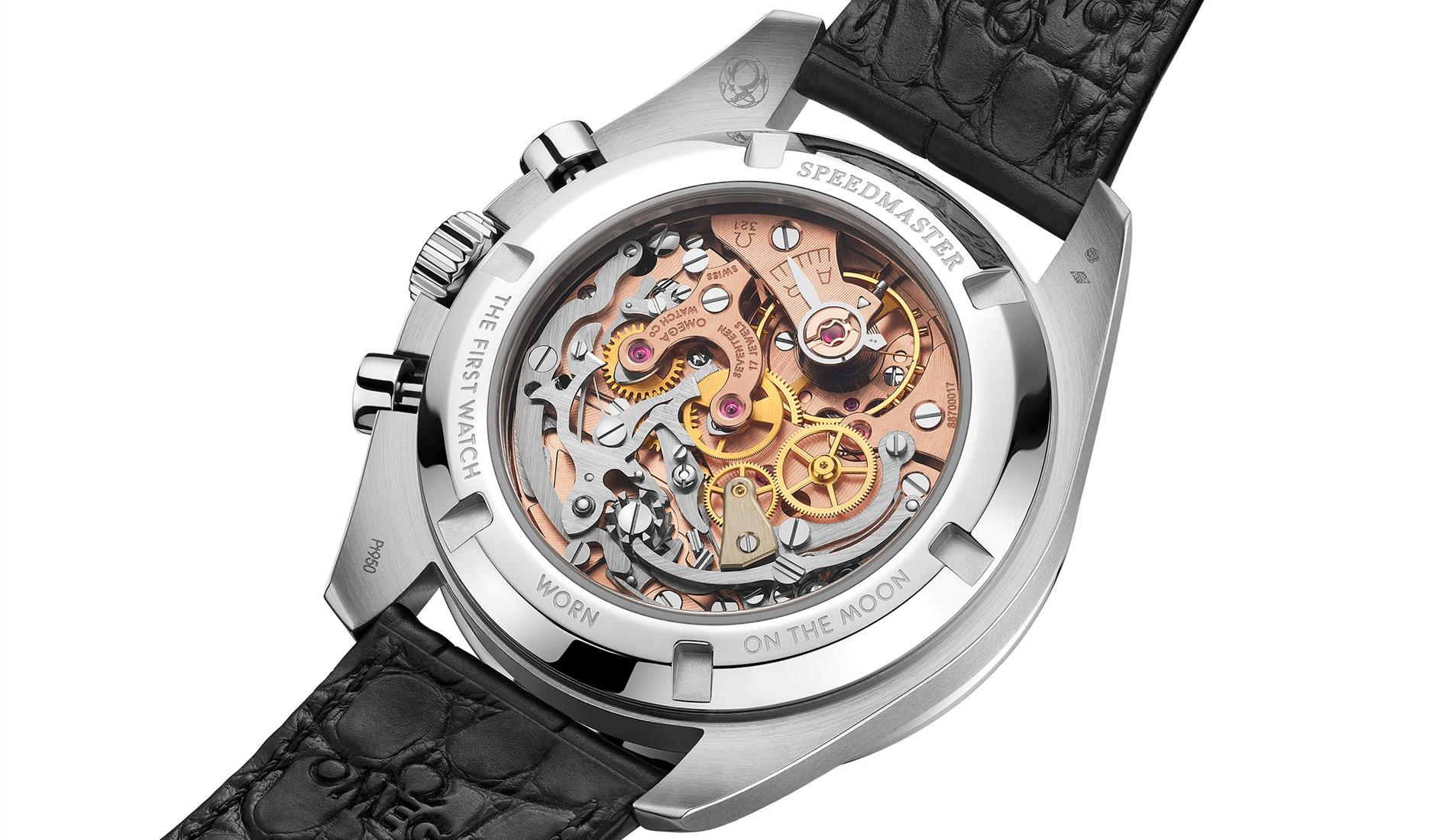 The Speedmaster Moonwatch 321 Platinum is, in every way, the watch Speedy fans have been waiting for. Rich in history and meaning, the watch is deliberately understated in so many ways, to allow for the Calibre 321 to really shine. At S$82,500, it comes in on the steep end. But it’s a remarkable piece of history brought back to life in such a fitting way, we’re not sure we could even put a price on it.

An Introduction to the Omega Speedmaster 'Moonwatch' HERE