A bicentenary is a big thing. Even more so when you’re a country as resource-scarce as Singapore, which has had it chances of survival written off by many.

While festivities are getting off to a slow start here (granted, we’re only in the first two months of the year), Omega is quick to mark the occasion with a celebratory hat-doff to the island nation—a limited edition Seamaster exclusive to Singapore. 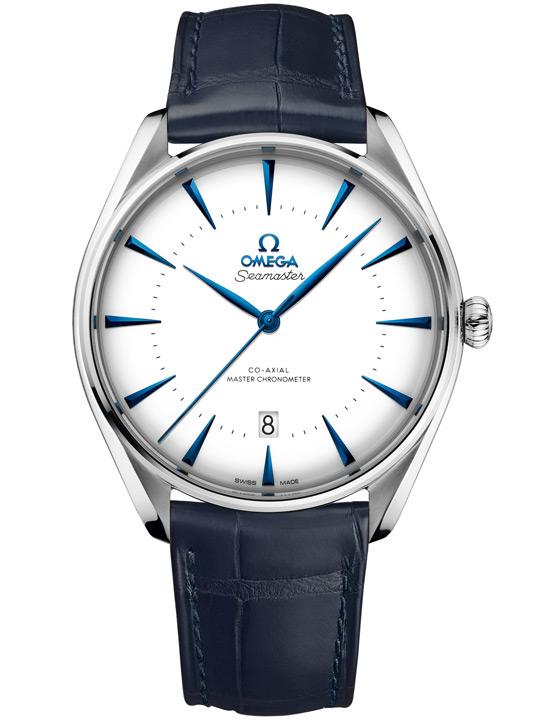 Having just marked its own 70th anniversary last year, the Seamaster collection is well-placed as a vehicle for Singapore’s bicentennial tribute timepiece. Uncluttered by sub-dials or fancy complications, the Seasmaster’s clean canvas allows for small accents like the blued diamond-polished hands, indexes and logo, to pop against the backdrop of a pristine white lacquered domed dial. A slim date window at six o’clock keeps the dial symmetrical and unfussy.

The other benefit of having a minimalist dial (apart from great legibility), is that you can afford to be more playful at the back. Flip the watch around and you’ll spot many Singapore icons like Marina Bay Sands, the Singapore Flyer, Raffles Hotel, Merlion and many more, all laser-engraved on the inner grey ring of the caseback. At the bottom of the ring are the words, ‘Singapore’s Bicentennial Limited Edition’, with the limited-edition number engraved on the side of the case. 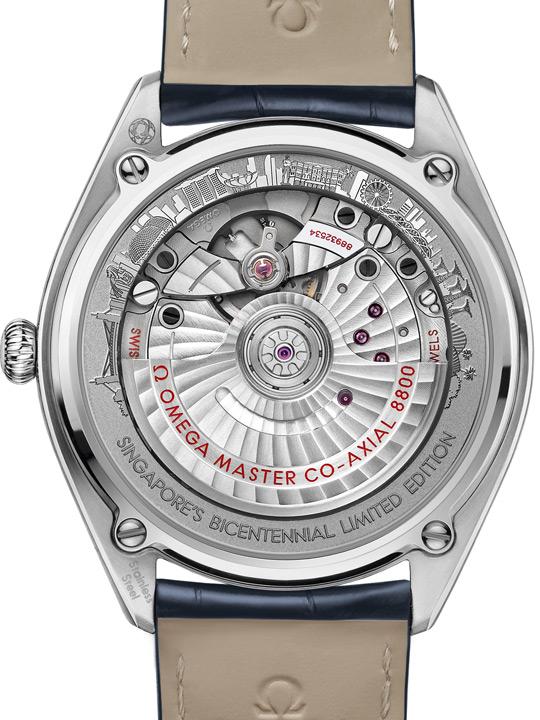 At the heart of the watch is the METAS-certified Omega Master Chronometer Calibre 8800, also used in the new Seamaster Professional Diver 300M launched last year. One of the most stringent tests in the market, the METAS certification endows the watch and its movement with a mark of confidence in the highest performance and precision levels.

Clad in a 39.5mm stainless steel case, the watch is paired with a blue leather strap, complementing the similar hues on the dial. It’s a little surprising Omega didn’t choose to go with red accents instead of blue, seeing as red and white are Singapore’s national colours (not to mention red is also Omega’s corporate colour). Then again, it did unveil a red De Ville Tresor recently for the model’s 125th anniversary so it might have been a crimson overload. All that said, the watch is extremely elegant and very easy on the eye.

In a nod to the bicentenary, only 200 pieces are available for sale in Omega’s Singapore boutiques and come in a special presentation box.