Once the domain of the Wild West, denim has weaved its way into mainstream fashion one blue jean at a time. Last year, we spied a bevy of fabric dials and straps - denim was right up there, of course - and the trend is nowhere near losing steam yet. We know this because Omega just released a denim-inspired Railmaster.

If there’s one thing Omega is great at (amongst many others), it’s having its finger on the pulse of what watch lovers truly desire. Sure, the brand doesn’t indulge itself in overwrought grand complications, but its collectibles are like the Hollywood blockbusters equivalent of the watch world. Case in point: the Speedy Tuesday Ultraman, which sold out in under two hours. So if Omega is putting denim on a watch, you can be sure it’s going to be pretty fly. 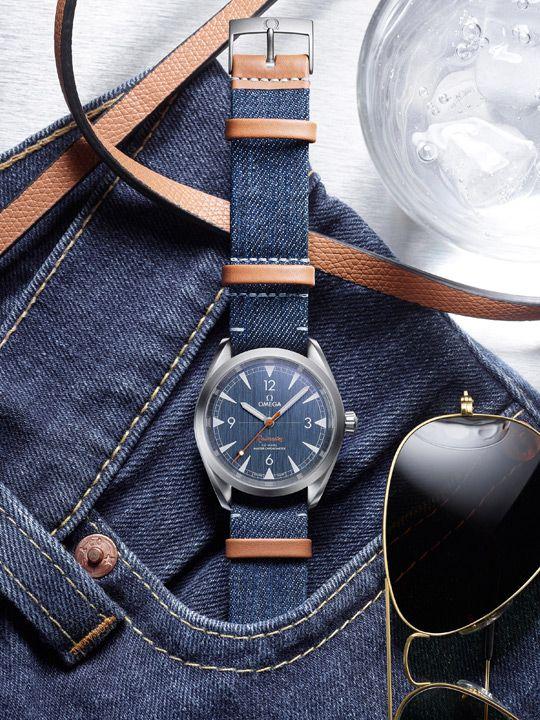 Originally created for labourers like the railroad workers in America’s Midwest, the Railmaster is an anti-magnetic workhorse that was designed to remain impervious to any magnetic interference from the trains or tracks. The new Railmaster boasts a METAS-certified Master Chronometer Calibre 8806, anti-magnetic to 15,000 gauss and 15 times more resistant than the original Railmaster models.

Its 40mm brushed symmetrical case has a conical crown and wave-edged caseback, as well as the brand’s proprietary NAIAD lock system that ensures the words and decorative elements at the back are always perfectly aligned. Dial-side, the indexes and hands are coated with Super-LumiNova, while a beige lollipop central seconds hand makes reference to the contrast stitching on denim jeans. 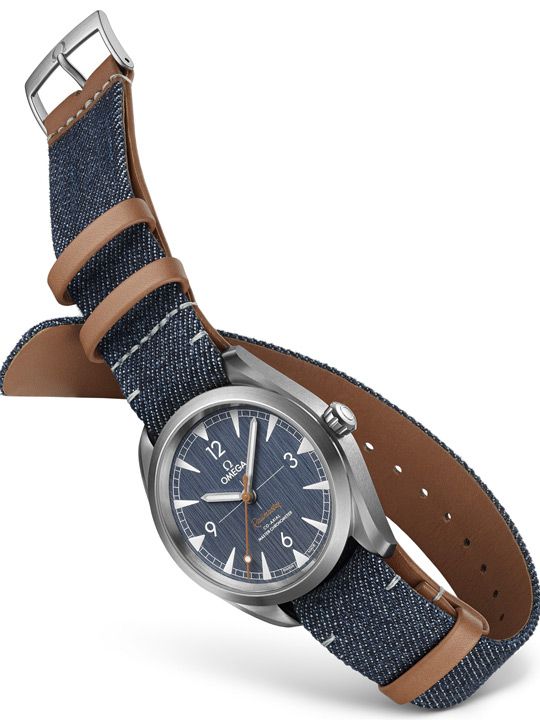 Without a doubt, the draw of the new Railmaster is its denim aesthetic. Sheathed in the sturdy fabric that was, in the early days, associated with miners, farmers and railroad workers, the denim Railmaster pays tribute to the hard work of these American pioneers. 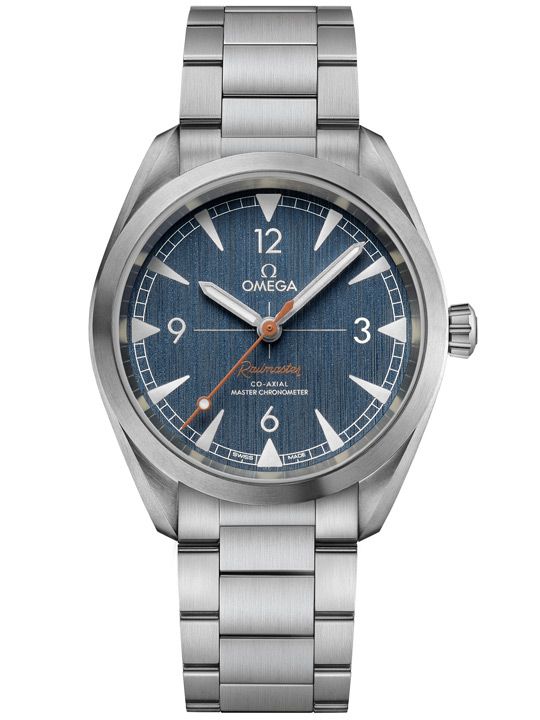 We like that the watch comes in a denim NATO strap but with a leather underside and keepers, adding that luxe factor to an otherwise utilitarian look. But if the NATO vibe is more denim than you can handle, there’s also a version with a denim dial and stainless steel bracelet (above), which makes the watch more office-appropriate.