The big daddy of chronographs is reborn.

We’ll admit our inner watch geeks got really excited when we read about the new First Omega Wrist-Chronograph Limited Edition (a mouthful, yes). Because what Omega has essentially done, is taken the extremely popular vintage/retro/reissue/heritage trend and one-upped it. Big time.

What we’re looking at isn’t just a ‘throwback’ model or a ‘tribute’ to some significant timepiece from the archives. What this is, fellow horology fans, is a collection of 18 new limited-edition watches, each bearing an original 18’’’ CHRO calibre from Omega’s first wrist-chronographs (and possibly even the world’s first) from 1913. Boom.

As a respected chronograph maker, it would make sense that Omega chose to look at its first wristwatch chronos for this limited-edition collection. After all, they’ve been making pocket chronographs since 1885 (with Omega-branded ones since 1898), and were highly trusted by wartime pilots who relied heavily on Omega’s chronographs for their functionality and precision.

For the new watches, the 18’’’ CHRO calibres were carefully selected from historic timepieces found in the vaults at the Omega museum. Each was then painstakingly refurbished (above) by master watchmakers at Omega’s Atelier Tourbillon.

Since the movements are over a century old, it was only natural some parts had to be replaced for the watches to function like new. And because each calibre has its own intricacies, the watchmakers had to make in-depth calculations for every part to prepare the new components and plans.

To refurbish each piece meticulously, nothing was left to chance. An innovative camera system (above) took accurate measurements of the new parts, the three-quarter plate was reassembled, all the holes on the mainplate and bridges were re-bored and the pivots were all burnished to ensure the components could fit inside the jewel holes, maintaining chronometric precision.

In terms of finishing, the original Omega logo on the movement was re-engraved for better legibility and even the parts that will never see the light of day were polished and finished to the highest degree. Those that can be seen, though, are displayed in their full glory, courtesy of a hunter caseback (above). On the front, a grand feu enamel dial with blued empire hands complete the look. 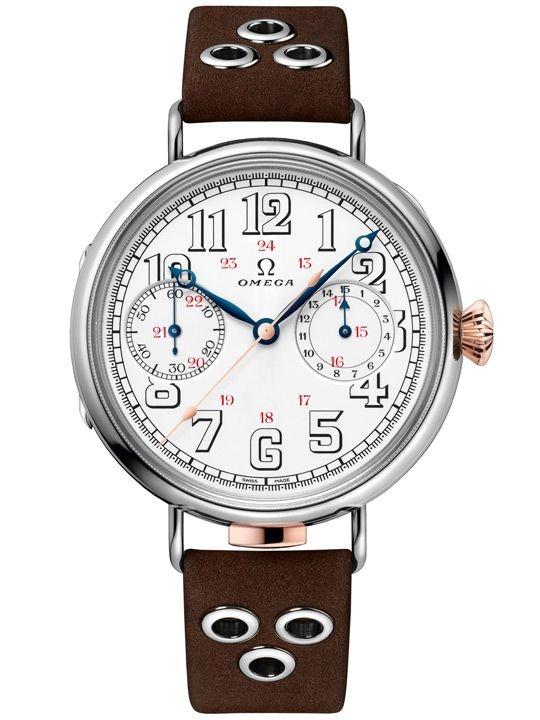 Aesthetically, the watch is stunning. A vintage Omega logo sits at 12 o’clock, while hollow Arabic numerals and wire lugs add to the overall retro vibe. Like the original, tubular rivets are affixed to the strap, which has been updated in novonappa leather. The case is kept classy in 18k white gold while the crown and pusher are in Omega’s proprietary 18k Sedna gold. 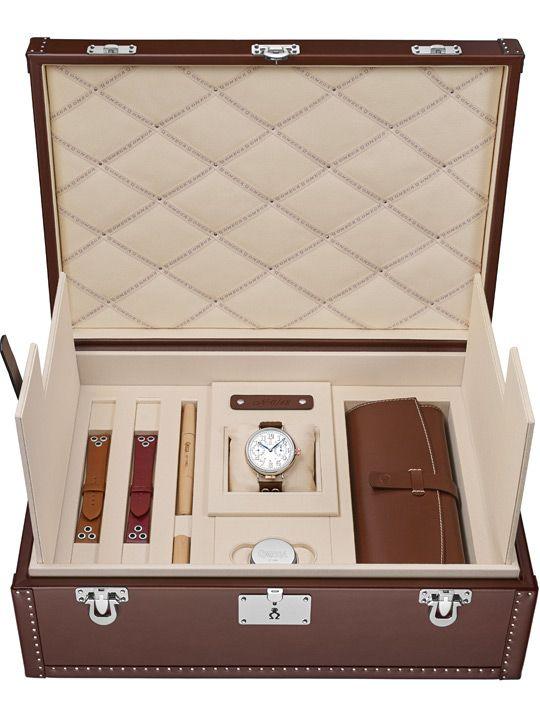 Each watch comes with its own handcrafted leather trunk with a travel pouch, loupe, two additional leather straps in burgundy and novonappa gold, as well as strap-changing tools. The whole set can be yours for *deep breath* S$180,000. It’s steep, yes, but it’s an incredible collector’s piece. Plus, we think Omega really knows how to deliver a tribute timepiece and this time round, they’ve done it like no other.

{module Get the latest Omega reviews and comparisons straight to your inbox!}