An auspicious-looking and numbered collaboration with Sincere Fine Watches. 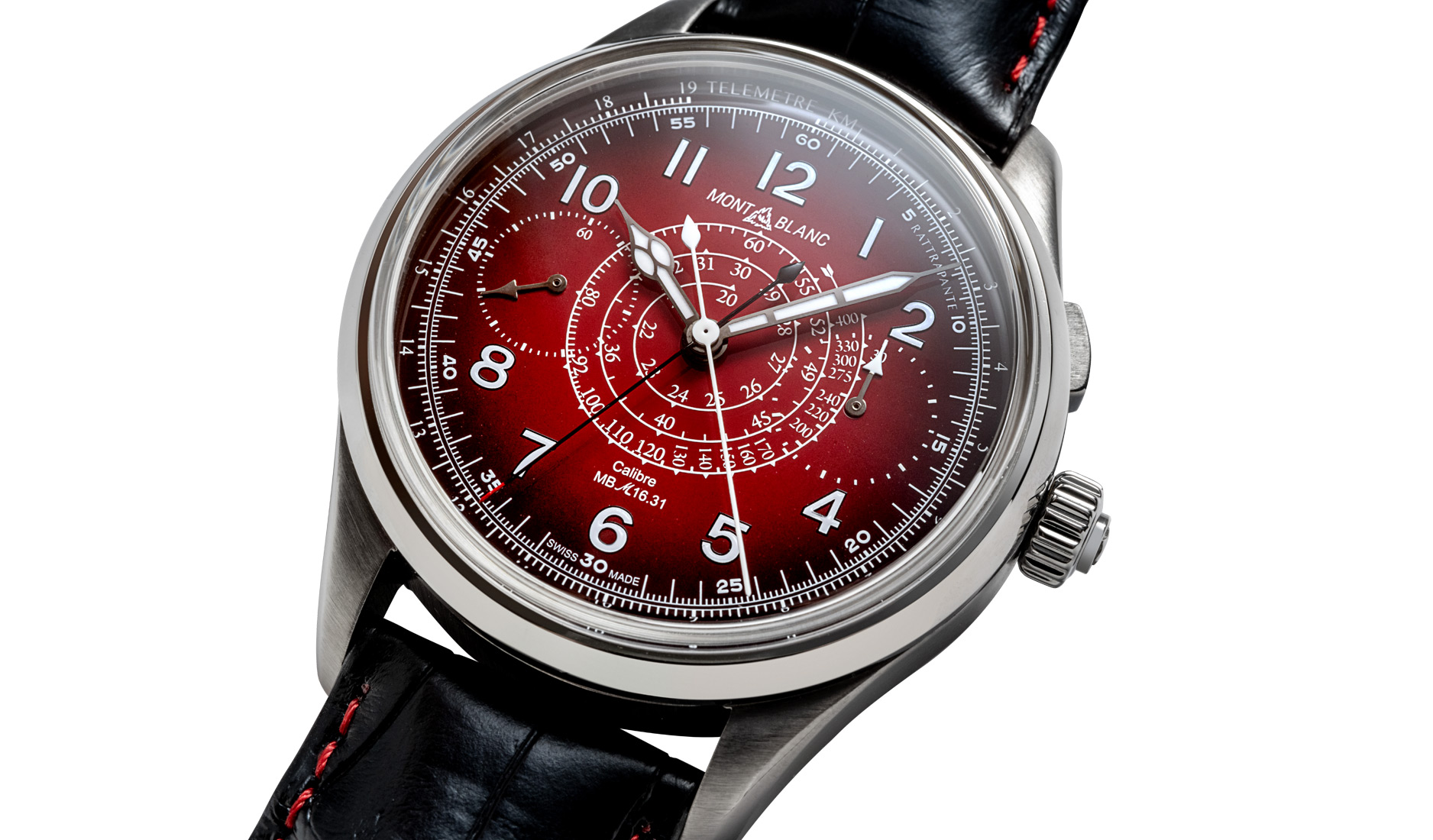 Since its debut in 2019, the 1858 Split Second Chronograph has served as a calling card for Montblanc’s proficiency in traditionally crafted chronograph movements. Though undoubtedly conceived and constructed with modern minds and machinery, the watch is in every way a tribute to old-world horology, from its design inspired by old Minerva military chronographs from the 1930s, to its gorgeous and complex monopusher chronograph Calibre MB M16.31 modelled after the original Minerva Calibre 17.29, also from the 1930s.

The latest interpretation of this gorgeous chronograph takes no prisoners when it comes to upfront ostentation. Created in collaboration with Singapore retailer, Sincere Fine Watches, the 1858 Split Second Chronograph Limited Edition 8 makes a bold statement in traffic-stopping red, the fiery hue dominating the dial and enlivening it with modernity and sass. 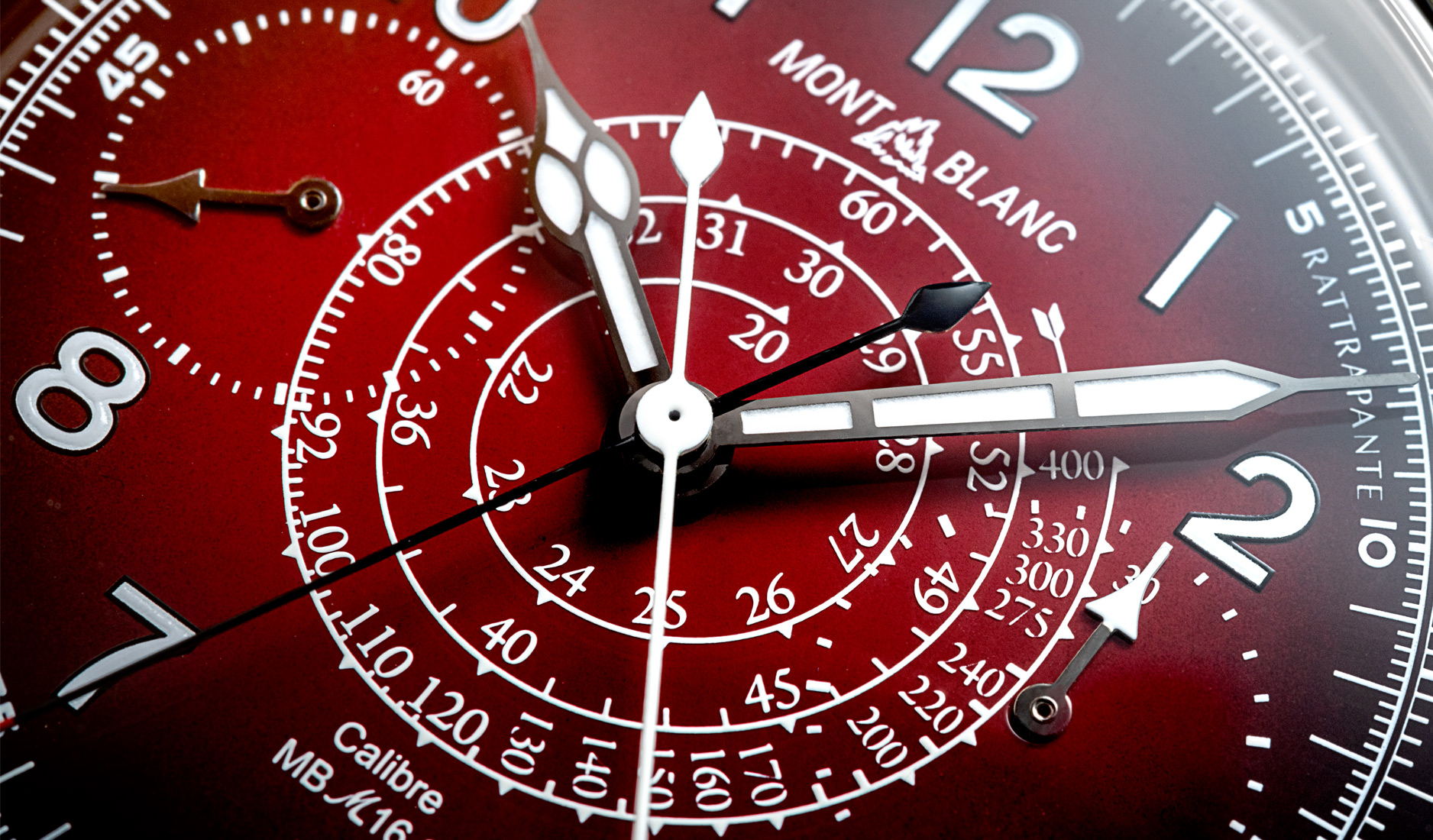 The watch’s signature display with spiral tachymeter indicator, telemeter display, and bi-compax totalisers (more in-depth explanation of the functions in our review of the original model here), as well as hands and hour numerals are marked out in white, offering sharp contrast to the red background. The auspicious shade itself is gradated; a hint of black along the perimeter of the dial that dissolves into a captivating and commanding burgundy. The look is achieved by applying a red varnish at the base, followed by 15 layers of translucent lacquer. 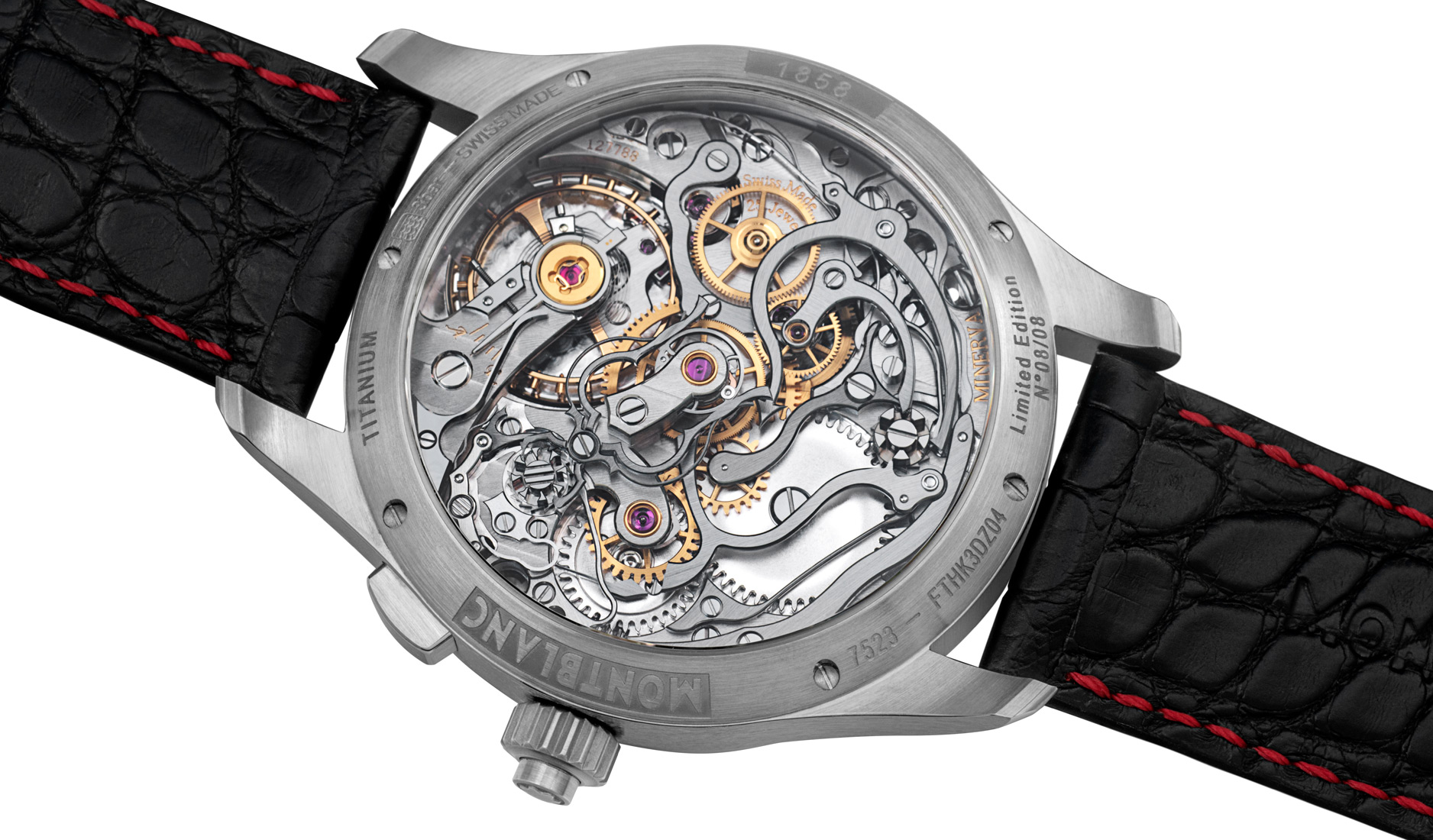 Previously available in a bronze case with black dial, and titanium with blue dial, this model in 44mm titanium case is by far the most flamboyant option. The showy disposition, however, doesn’t distract from the watch’s mechanical virtues. Its best draw is still the gorgeous hand-wound movement, a 286-part engine with mono-pusher activation for its chronograph mechanism, which comes with split-seconds functionality. 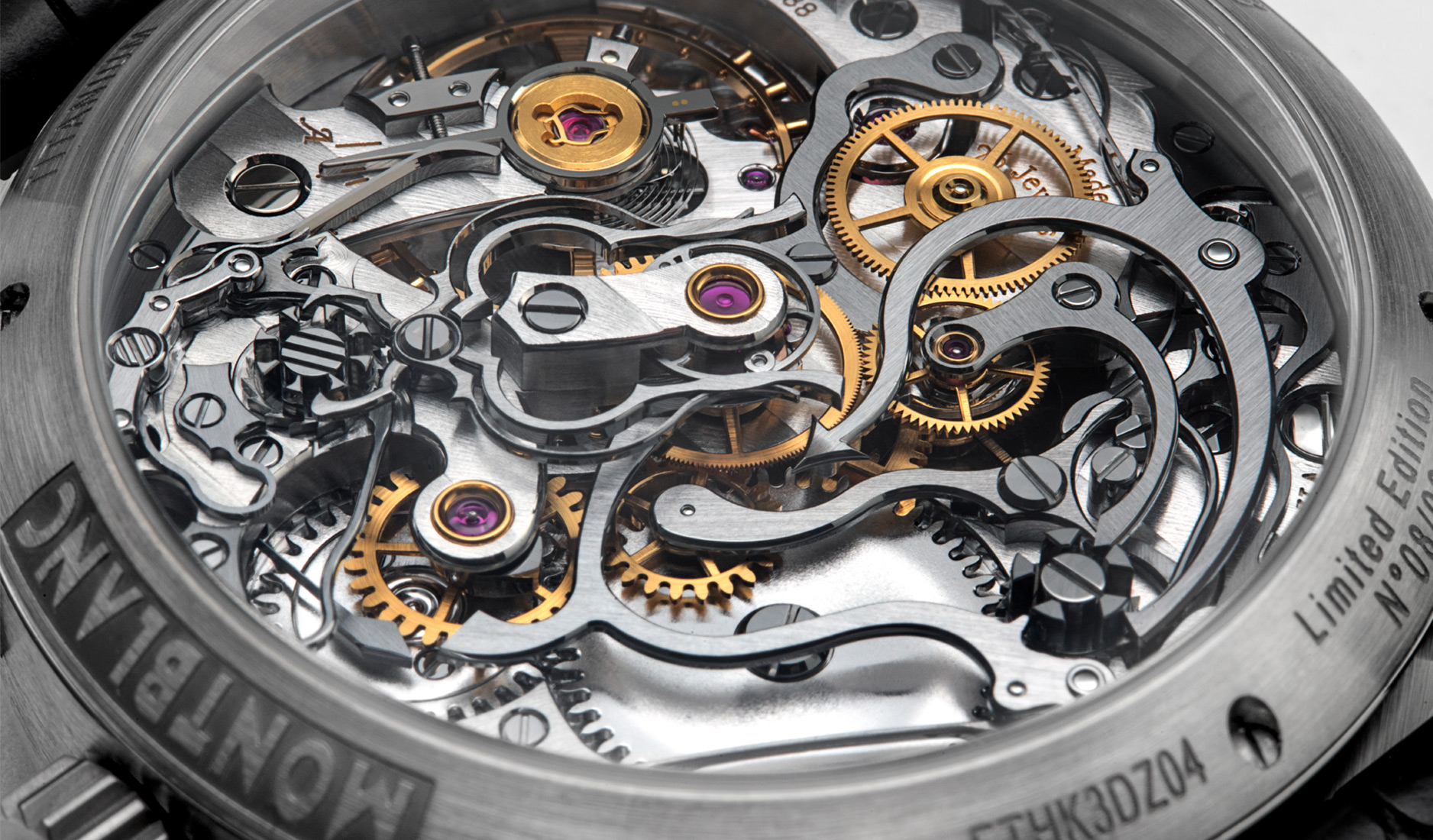 The movement features two column wheels – one each for the chronograph and the split-seconds function – as well as a host of Minerva-inspired details such as V-shaped chronograph bridge and large balance that oscillates at a slow and steady 2.5 Hz, a rate frequency commonly associated with traditional pocket watches. And of course, each component is hand-finished to the finest degree with techniques that include inner anglage, perlage and Geneva stripes on the bridges. 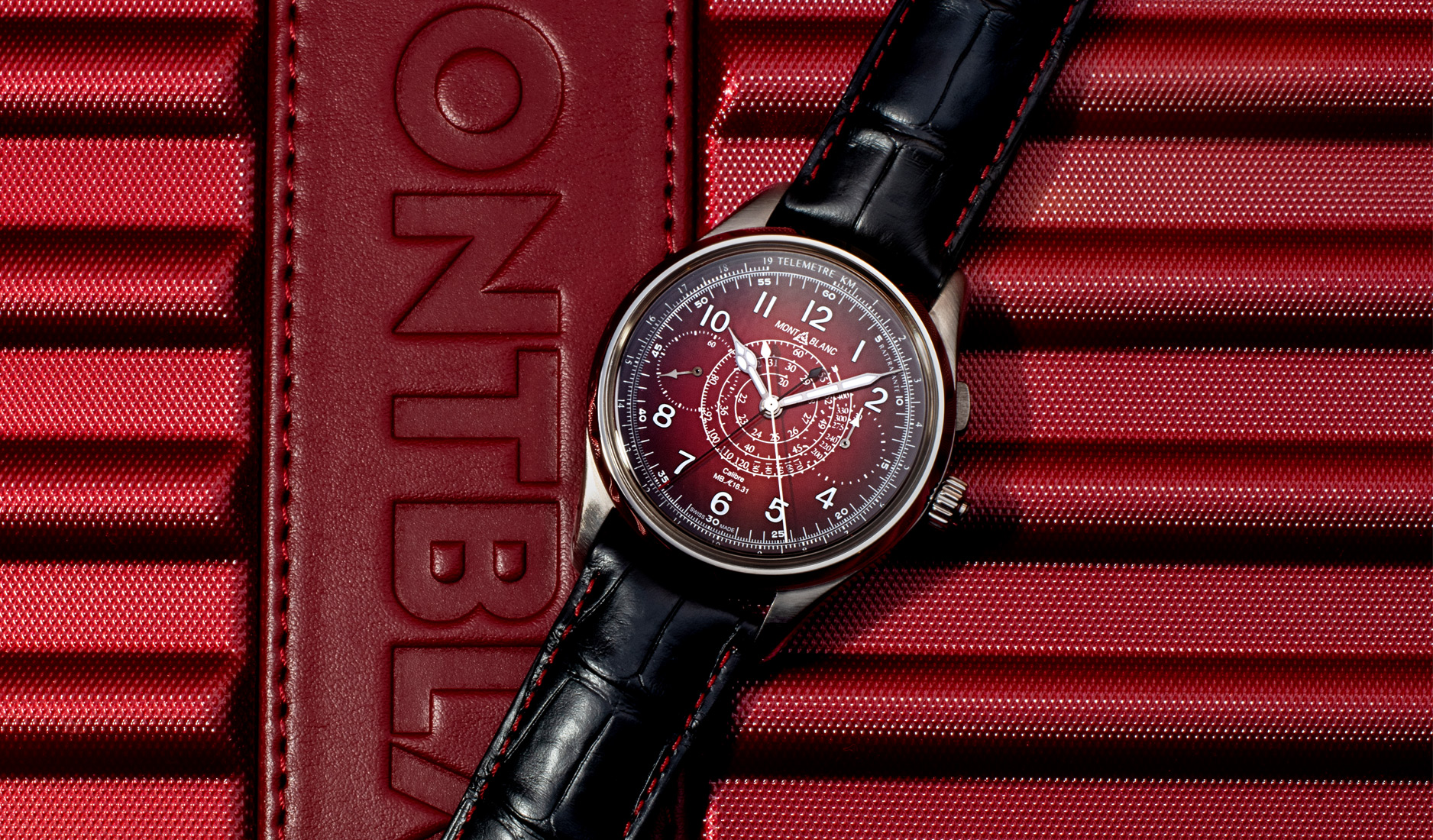