Retro, technically complex, and bang for your buck. 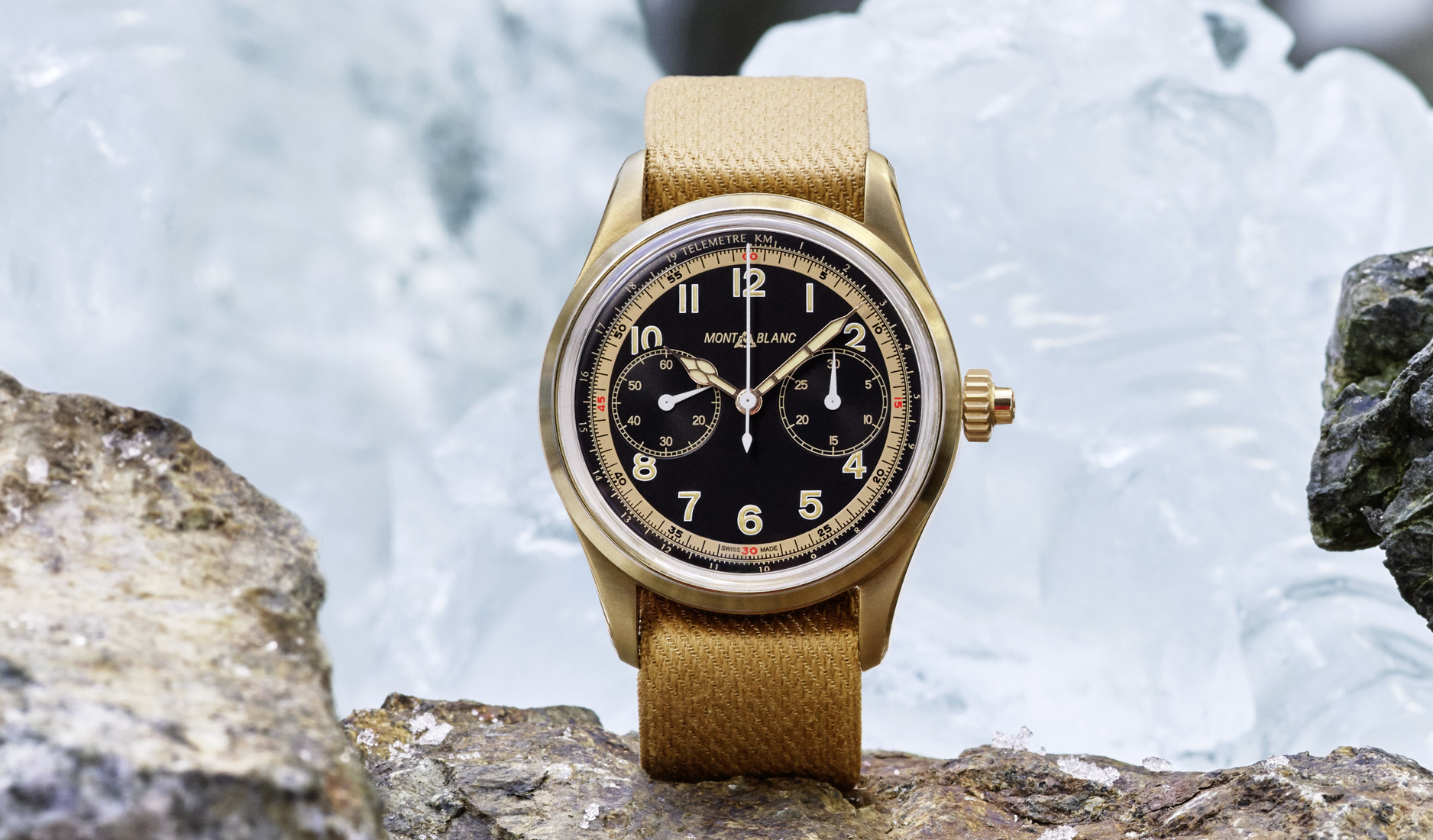 We like how Montblanc has been going all-in with its throwback proposition, especially for the aptly monikered Montblanc 1858 collection; a series of watches named after the company’s year of founding, and one that takes design and technical cues from vintage Minerva timepieces of the 1920s and 1930s.

The unabashedly nostalgic collection may be new – it was launched only in 2018 – but the Montblanc 1858 has quickly established itself as a fan favourite with new releases that are highly anticipated. One of our favourites from the 1858 latest line-up is the Montblanc 1858 Monopusher Chronograph Limited Edition 1858, a striking offering that combines vintage chic and a sporty disposition with superb technical qualities. 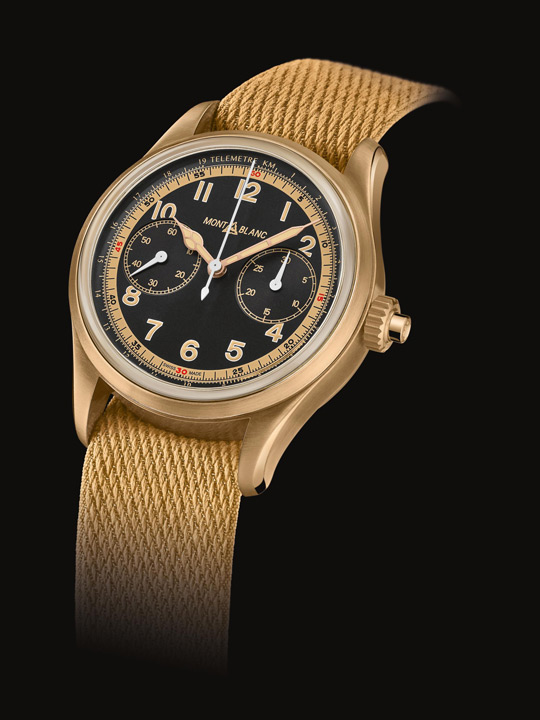 The watch simply stands out with its sandy hue, thanks to its bronze case and beige Nato strap, which dominate its get-up. A material that has been favoured by watch companies in recent years, bronze is known to acquire a natural patina over time, and Montblanc’s version contains a higher concentration of aluminium in the alloy. This purportedly helps the case to age more evenly and beautifully. Elsewhere, the Nato strap matches the case delightfully, the almost monochromatic pair-up lending both character and unique style to the aesthetic.

On the dial, the beige hour markers, railway track, thick cathedral hands and bi-compax chronograph counters are unmistakable nods to old Minerva chronographs – in particular, a model from the 1930s, which is powered by the Calibre 13.20, a movement that was first introduced in 1923 as a monopusher chronograph, but later reconfigured to a bi-pusher calibre. While many brands have jumped on the retro bandwagon of late, the design references on the Montblanc 1858 Monopusher Chronograph Limited Edition 1858 do feel particularly more legit with the direct historical links, not to mention effortlessly old-school. 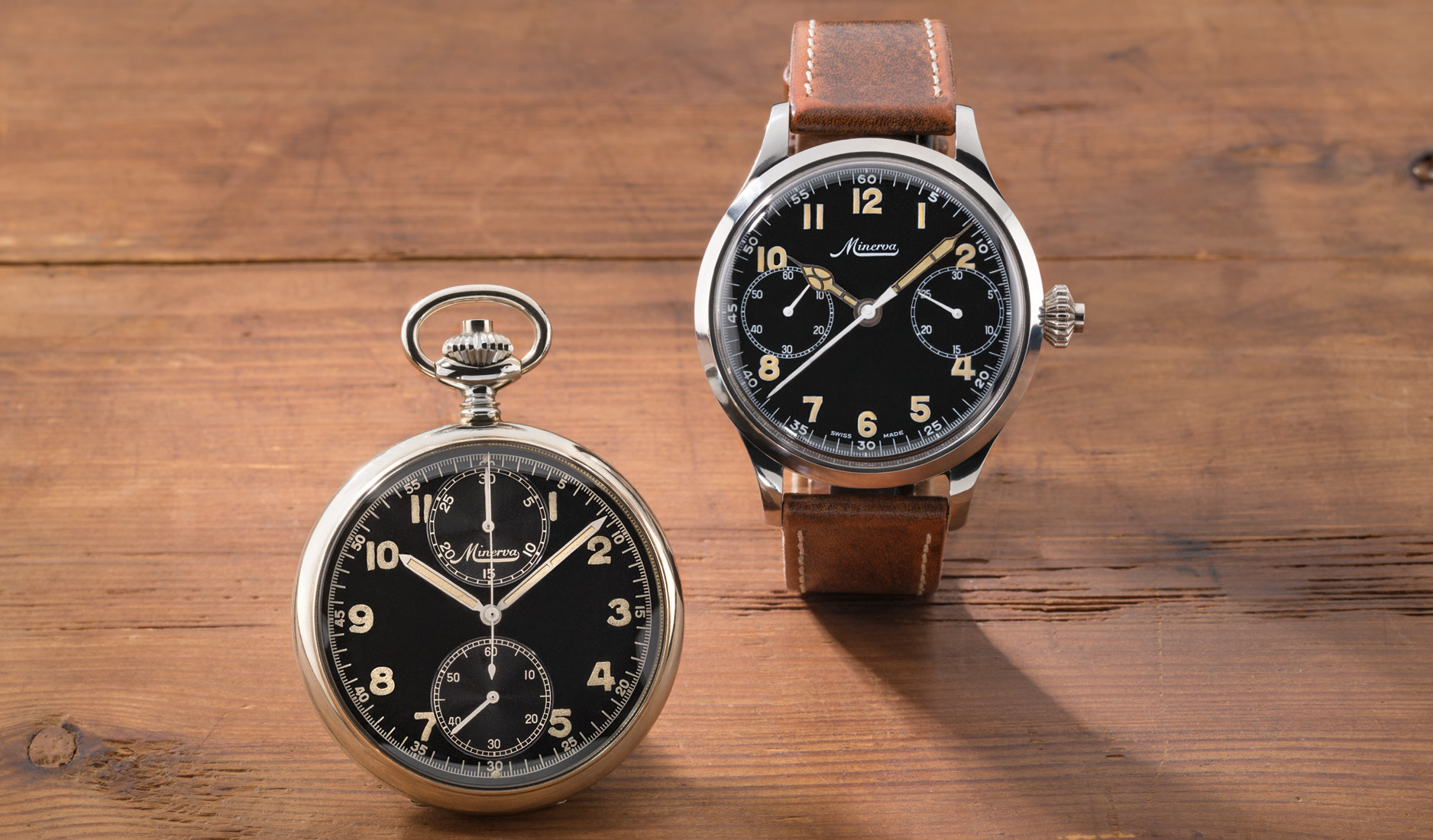 The movement inside the Montblanc 1858 Monopusher Chronograph Limited Edition 1858 is the automatic Caliber MB 25.12. Based on the Sellita SW510, the movement the same one that was used in the Heritage Monopusher Chronograph watches. Though not a Minerva-produced movement, the Caliber MB 25.12 allows for a technically complex offering at a relatively competitive price point.

And as the Montblanc 1858 Monopusher Chronograph Limited Edition 1858 demonstrates, mechanical sophistication, casual good looks and a palatable price tag don’t have to be mutually exclusive. 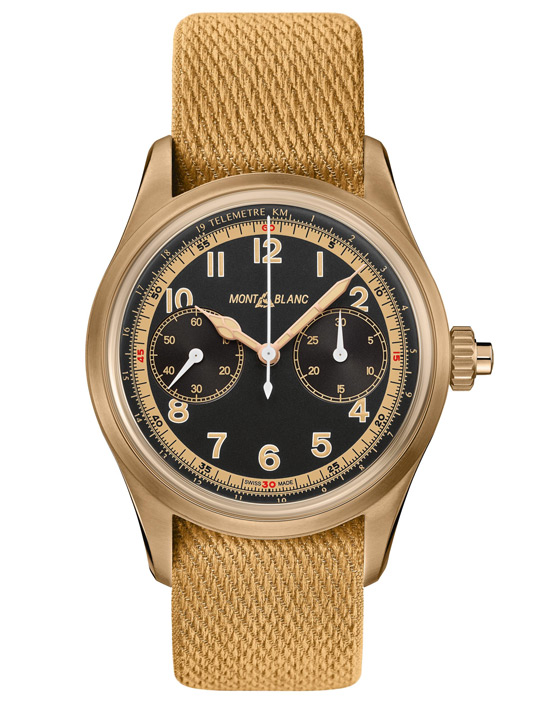