A value-for-money high-frequency dive watch that is “more accurate than a chronometer”.

Ok, trivia time: Name the first three watch brands that come to mind for high-frequency watches. Zenith, surely. Chopard, perhaps? What else? Well, if you don’t have Longines on instant recall, maybe the brand’s new Ultra-Chron dive watch will make you rethink its place in this vaunted category. 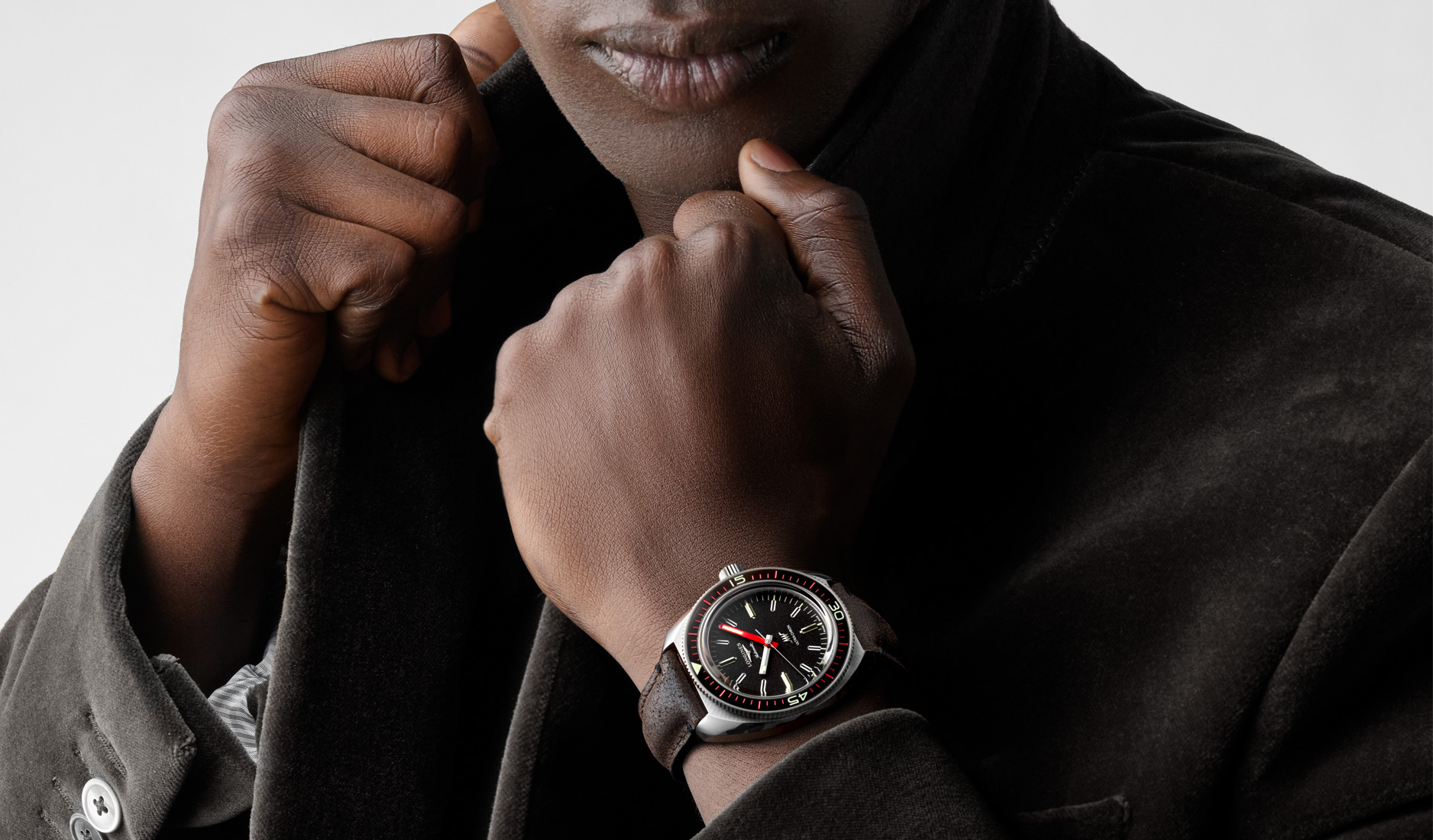 But here’s news. Although Longines is a mid-luxury marque known for its charming assortment of value-for-money offerings, its creations are far from short on technical sophistication. In fact, high-frequency timekeepers, too, have long been a preserve of Longines. The brand introduced its first such timepiece back in 1914, a handheld stopwatch that beat at 36,000 vph, which was created to time sporting events to 1/10th of a second. 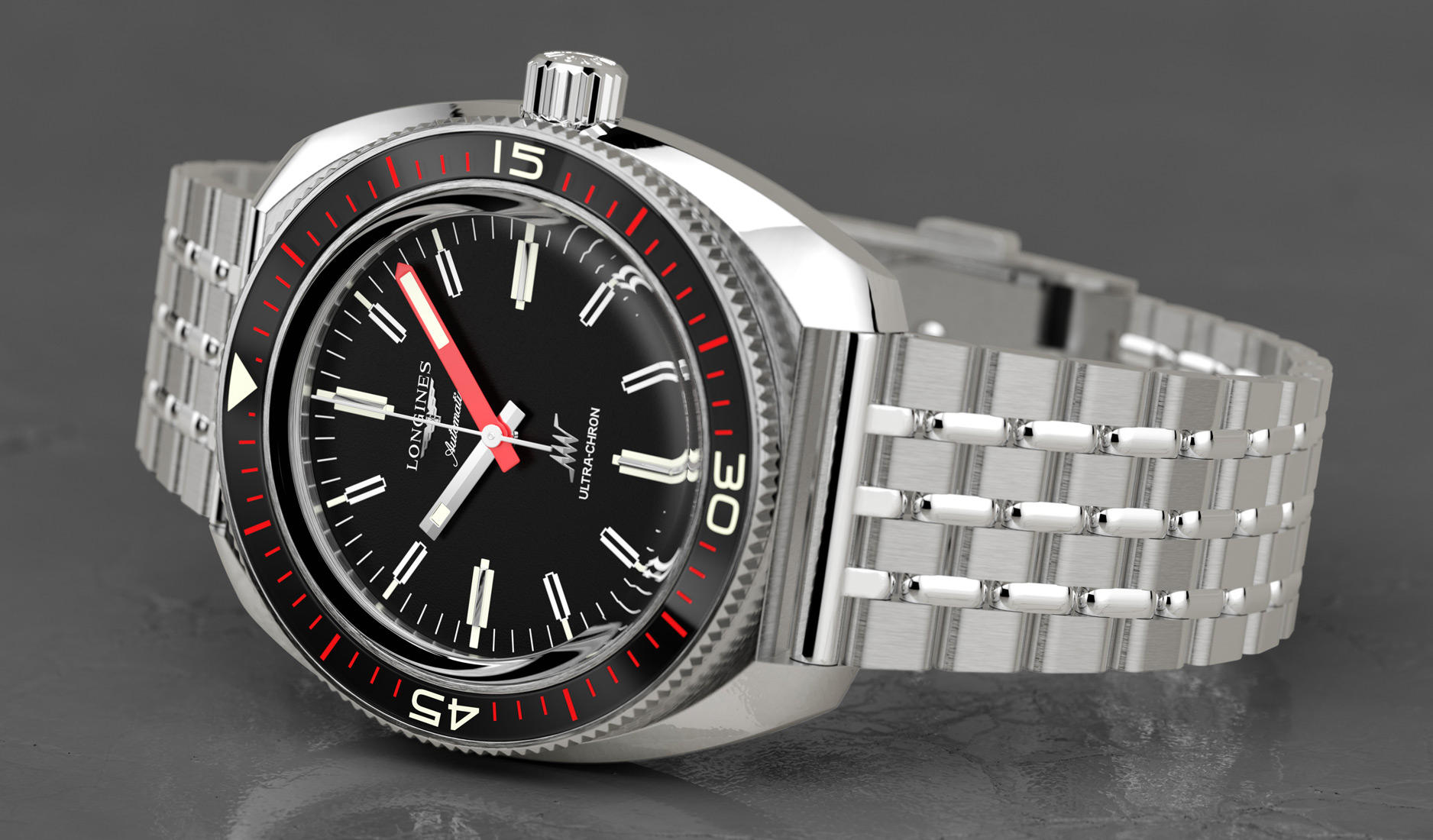 Through the decades, Longines consistently developed high-frequency stopwatches for sporting events. In the 1960s, the brand expanded this expertise into the field of wristwatches. It started with its first high-frequency chronometer wristwatch that housed the Calibre 360 that beat at 36,000 vph, which ranked among the top three watches at the Neuchâtel Observatory chronometry competition from 1961 to 1963. This subsequently led to the introduction of the Ultra-Chron (1966) and Ultra-Chron Diver (1968), a dress and dive watch, respectively, that rocked the same speedy, high-precision attributes, both driven by the Calibre 431.

This year, Longines revisits its somewhat unfettered legacy in high-frequency watches with a new-generation Ultra-Chron, a contemporary dive watch that pays homage to its 1968 forebear in both looks and performance. Longines has been right on the money with its vintage-inspired offerings of late, especially watches from the retro-spirited Heritage Classic collection, which evoke the look of iconic models from its archives. Although the Ultra-Chron doesn’t hail from the same collection, the watch’s 1960s-style aesthetic will appeal to fans of throwback-inspired watches. 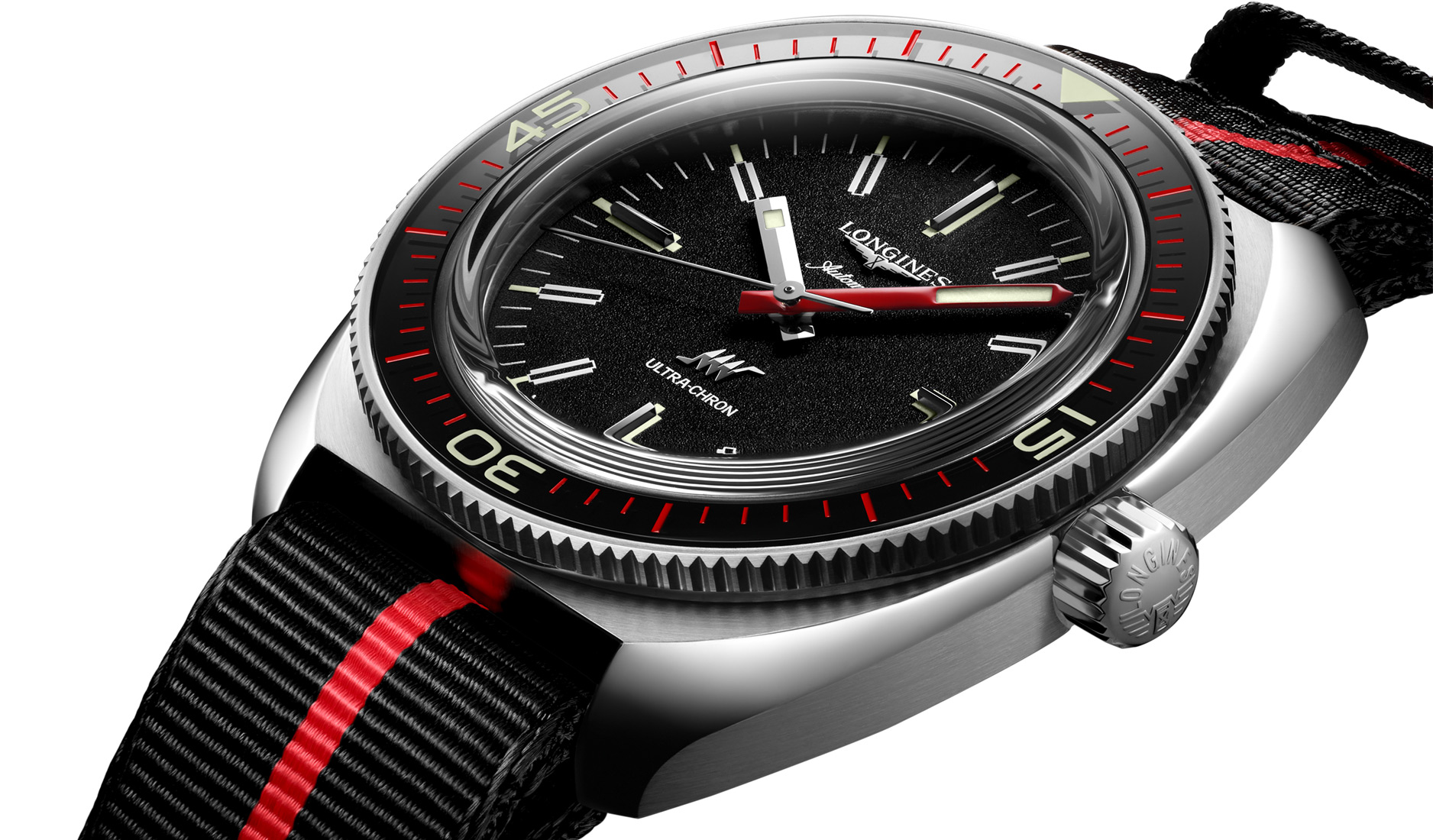 The new Ultra-Chron is a hefty watch that dominates the wrist with its 43mm cushion-shaped case that recalls the original’s silhouette, albeit with a smoother and more curvaceous profile. Although it is a ‘simple’ three-hand watch, there is much to unpack.

Besides the distinctive case shape, the Ultra-Chron sports a unidirectional dive bezel with sapphire insert and luminescent markers, and a black grained dial with baton hands and indices, accompanied by a striking red minute hand. Together, the features lend the Ultra-Chron an old-school, teched-up vibe. A frequency wave logo at six o’clock, the same one that featured on the original Ultra-Chron Diver, further adds to the whimsical retro charm. 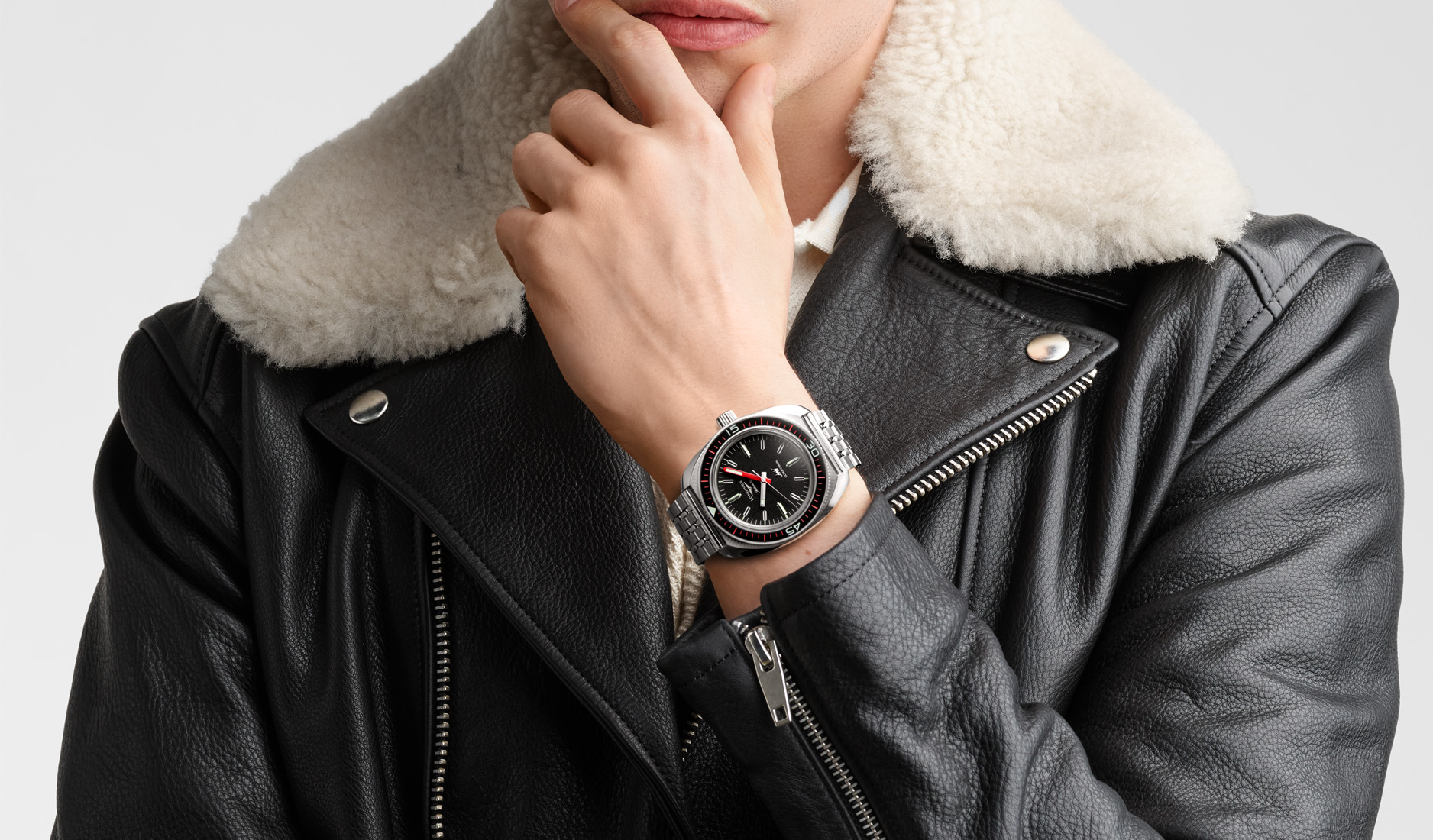 The Calibre L836.6, Longines’ new high-frequency automatic movement with silicon balance spring that beats at 36,000 vph, drives the watch. Not only does the movement tout improved precision – its ‘ultra-chronometer’ status is certified by TIMELAB, an independent testing laboratory in Geneva, registering performance ratings that are better than COSC requirements of -4/+6 daily deviations – but the Calibre L836.6 is also more robust. Among other assessments, the ‘ultra-chronometer’ certification subjects the finished watch to a 15-day testing period, during which it is tested at different temperatures (8°C, 23°C and 38°C) to ensure that it meets the ISO 3159:2009 standards. 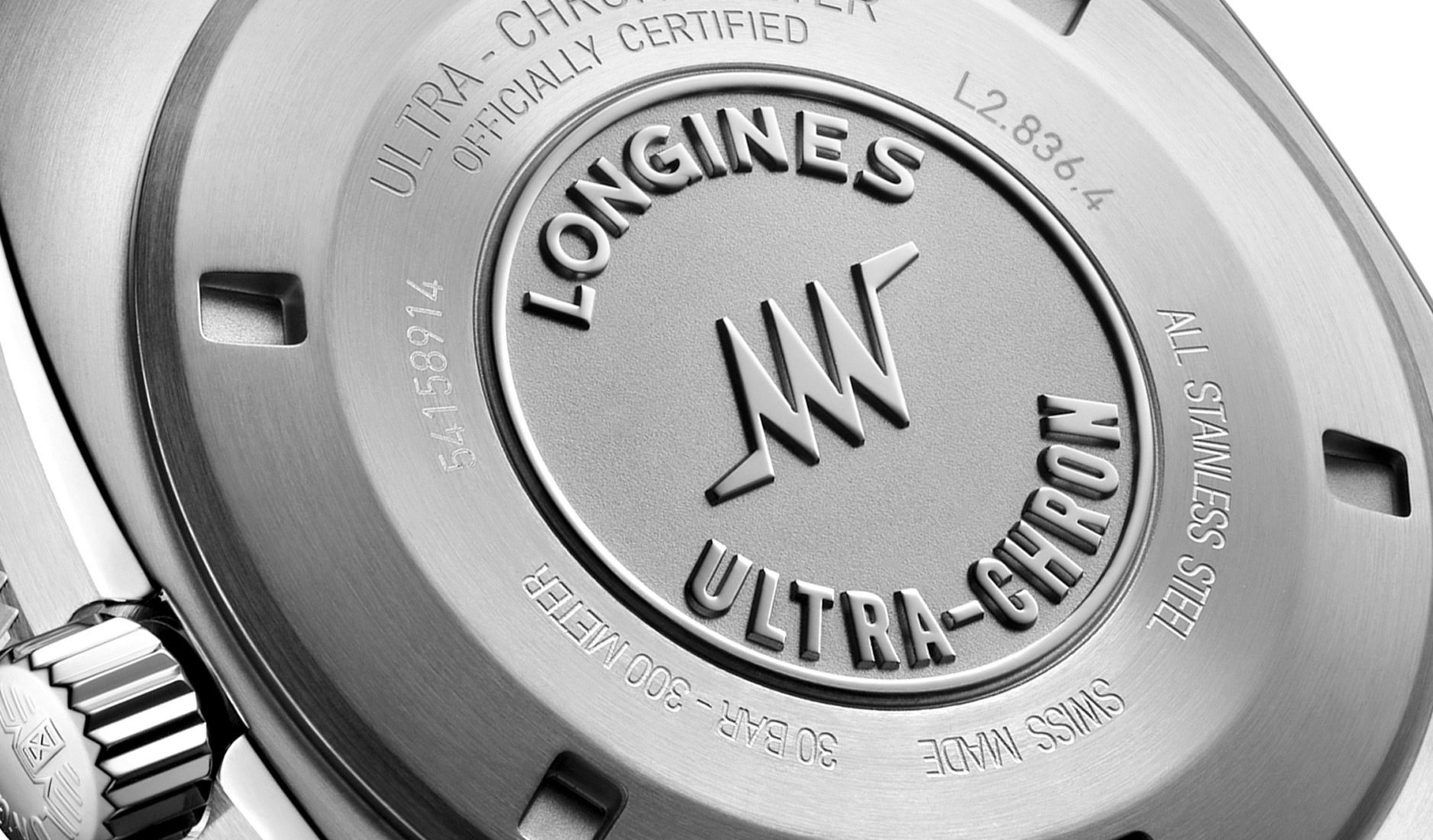 Equipped with dive-inspired aesthetics and features, the watch checks two vastly different boxes: It is a proper underwater tool watch with 300m water resistance and an elevated ‘technical’ offering with its high-frequency movement at the same time. But best of all, the new Ultra-Chron comes with a price tag that is firmly in sync with Longines’ value-for-money proposition. We are ultra-convinced that it is one of the most competitively priced dive watches of the year. 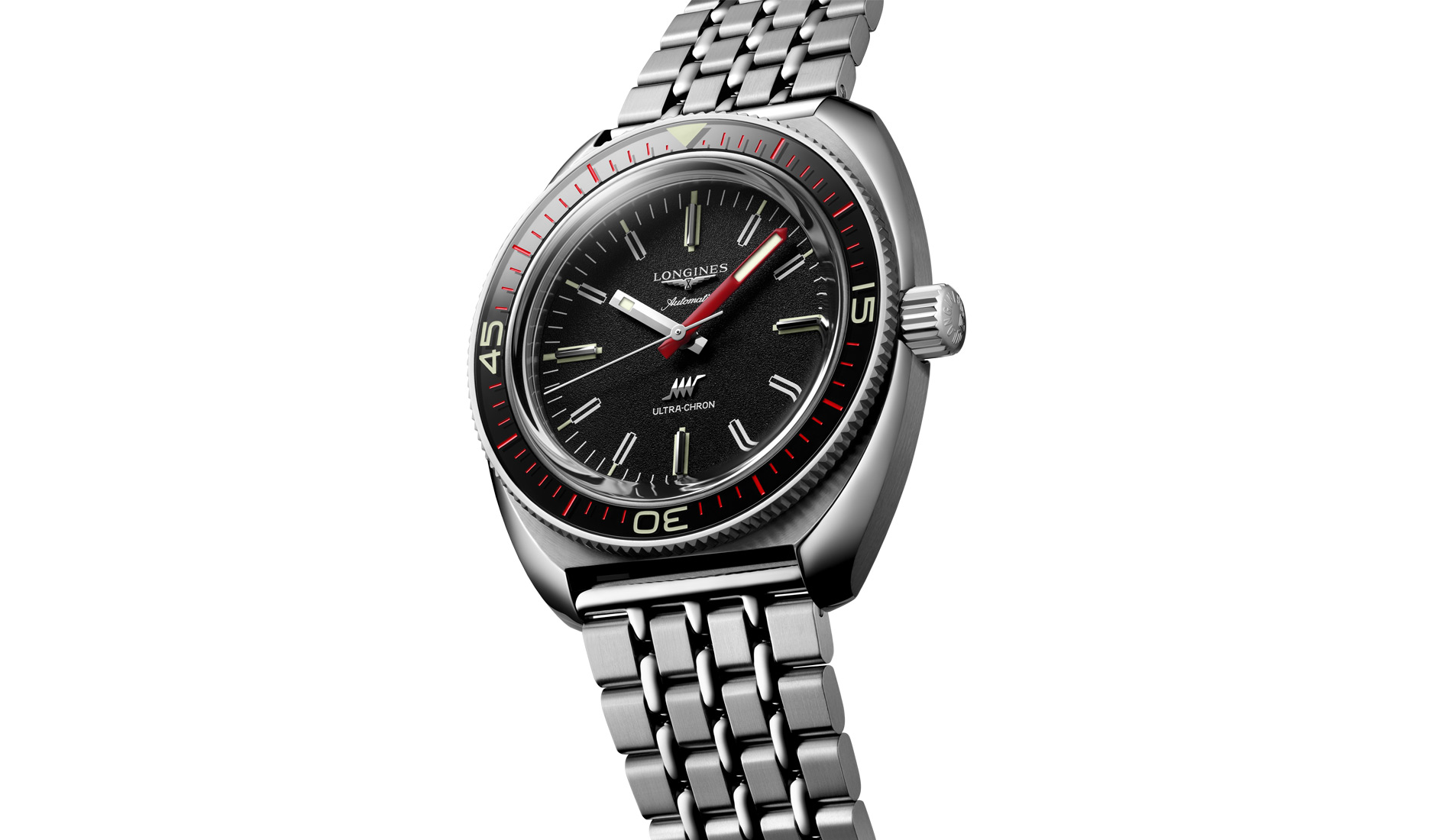