A new quartz revolution is taking place at Longines.

For far too long, quartz has been the (misunderstood?) bad boy of the watch industry. Insiders will, of course, remember the infamous ‘quartz revolution’ in the late 1970s (the less optimistic called it the ‘quartz crisis’), which nearly took down the entire Swiss watchmaking industry.

Not only were quartz movements more accurate and cheaper to produce, they were an affront to the centuries-old heritage of mechanical watchmaking which valued provenance and tradition. As a result of this ‘quartz revolution’, many watch brands either went out of business or cashed out for a pittance.

But does it really deserve the shade it gets? After all, quartz is less susceptible to wear-and-tear, or temperature fluctuations, and, as mentioned earlier, trumps mechanical movements in accuracy. And in harnessing its power, few European watchmakers have done as well as Longines has.

The Swiss marque first dipped its toes in quartz technology when it developed its first quartz clock in 1954—the start of many records in precision timekeeping. The clock was housed in the legendary Chronocinégines instrument (above), which was used to indicate the precise moment an athlete crossed the finish line. This was done through a film strip comprising a series of prints at 1/100th of a second, tracing the athletes’ every movement.

Fifteen years later, Longines unveiled the Ultra-Quartz (above), thought to be the first mass-produced quartz wristwatch in the market. In 1984, the brand introduced the Longines Conquest (below) with the 276 VHP quartz calibre, capable of neutralising the effects of temperature fluctuations. VHP, of course, stands for ‘very high precision’. In fact, the calibre set a record for precision at that time, adding another feather to Longines’ cap.

This week, Longines introduced the latest addition to its Conquest line, marking a breakthrough in quartz technology by combining electronically driven precision with smart watch-inspired attributes. 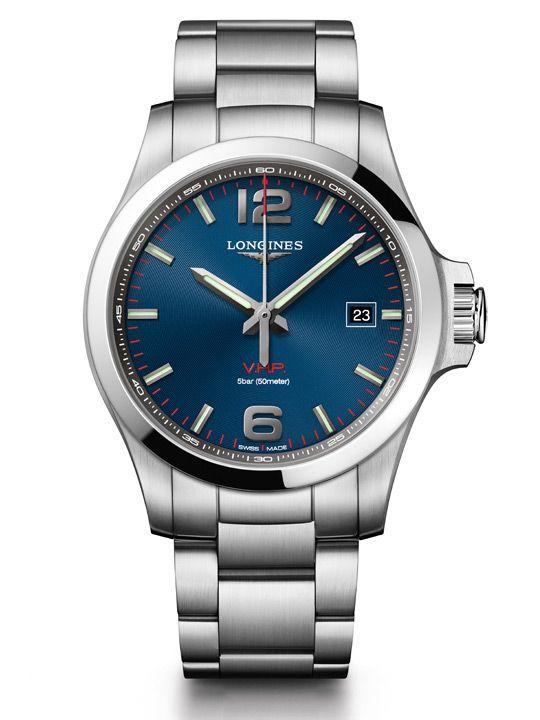 Equipped with a movement developed exclusively by ETA, the watch's quartz calibre promises high precision for an analogue watch (+5/-5 secs per year). The new Conquest V.H.P. (above) also features the world’s first in-built system that re-synchronises the watch hands after exposure to shock or magnetic fields using a gear position detection (GPD) system.

Two versions of the new Conquest are available—a three-hand option with perpetual calendar, and a chronograph model (below). Both editions come with an E.O.L indicator that signals the wearer when the battery is running low. The chronograph version sees a small seconds sub-dial at six o’clock, 30-minute totaliser at three o’clock and 12-hour totaliser at nine o’clock. 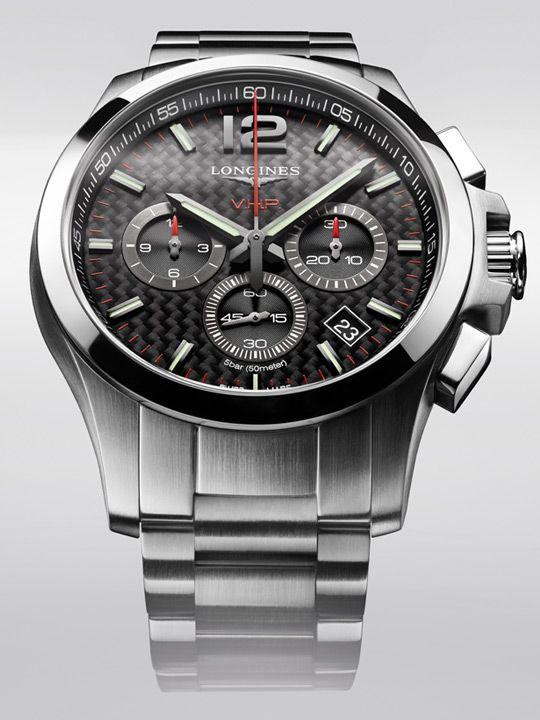 Available only in steel, the timepieces come in dial options that include on-trend carbon fibre, blue, silver and black—colours that complement most sartorial ensembles. Functional and sporty, the tickers are also dressy enough for an evening soiree. And in case you get too enthusiastic dancing at the after-hours party, you can rest assured your watch will survive the shock you give it.