The reputation of the Longines Conquest V.H.P GMT Flash Setting certainly precedes the watch. Even before we had a chance to look at what is arguably one of the most advanced quartz watches of all time, there was already a sizeable buzz surrounding the timepiece, courtesy of it being nominated for the ‘Challenge’ prize at the GPHG 2018. 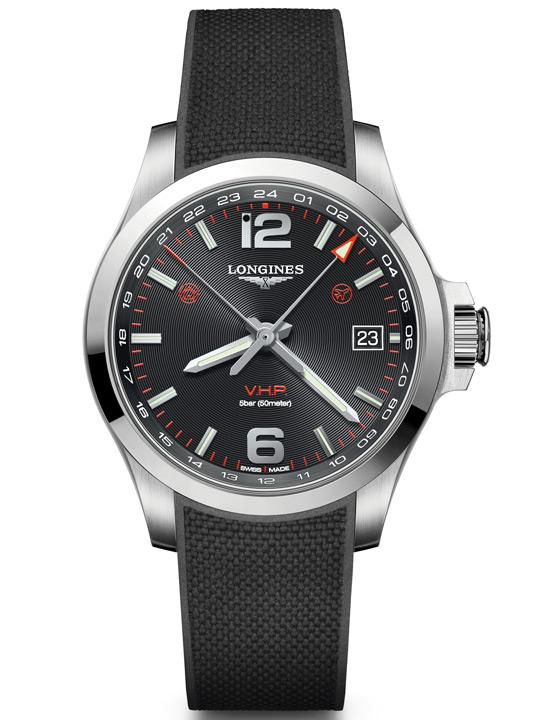 For those who are unfamiliar, the ‘Challenge’ prize is a new prize category for the so-called Oscars of the watch world, and it will be awarded to the year’s best timepiece prized under 4,000 Swiss francs. Surely, with that kind of benchmark, we were piqued to find out if the Conquest V.H.P GMT Flash Setting was a worthy contender.

On technical features alone, the state-of-the-art two-time zone watch offers a lot. At the heart of the Conquest V.H.P GMT Flash Setting is Longines’ quartz calibre L287.2 which, as the name implies, is ultra-precise – up to +/- 5 seconds deviation a year, to be exact. The movement also boasts extra-long battery life (almost five years), perpetual calendar accurate until the year 2399, and an built-in time correction system, which self-synchronises the hands in the event of timing malfunction caused by shocks or magnetic interference.

On top of all of that, the Conquest V.H.P GMT Flash Setting switches things up with a new ‘flash setting’ feature. With it the owner is not only able to easily set the home and away times via the crown, he now has the option of doing it via the smartphone. A proprietary app lets you set both timings, which are then synchronised with the watch using flash light technology (hence the name). It sounds odd but really isn’t that far-fetched; the synchronisation process is a manifestation of the watch and phone connecting to each other though a series of quick flashes.

Far from looking too tech-y, the Conquest V.H.P GMT Flash Setting is decidedly analogue in appearance, albeit with a modern and elegant disposition as with the three-hand and chronograph models that were introduced a year ago. The dial interface is easy to decipher – an arrow-tipped hand points to the second-time zone on a 24-hour scale while the date corresponds to the main hour and minute time display. Of course, the hands will switch to the chosen time zone once the crown or app is activated. 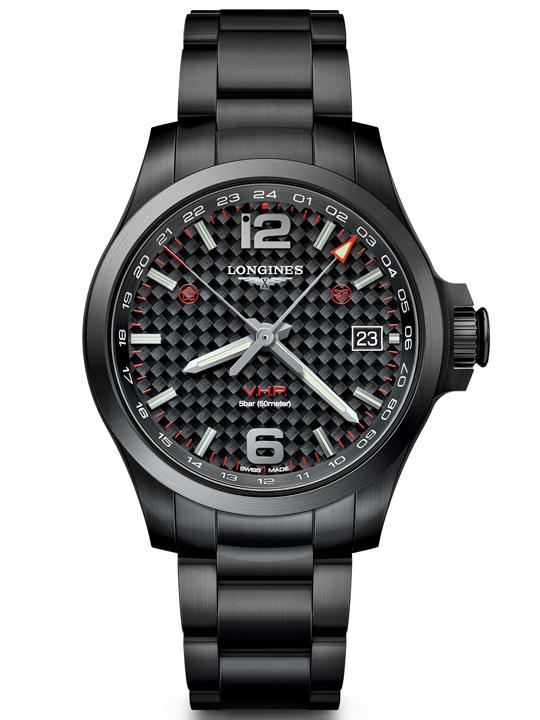 The choice between sportier or dressier options are rather straightforward, too. A pop of navy or black on the dial, bracelet or rubber strap pretty much defines the style propositions. However, given the versatility of quartz movements with regards to dimension (we are assuming that the V.H.P movement could be made much smaller while having the same features), we wonder why there aren’t women’s options for the Conquest V.H.P GMT Flash Setting. Next year perhaps? In the meantime, we will be rooting for this watch’s coronation at the GPHG.